Help me identify these tools?

Going through my collection of old tools I've inherited from a friend long ago, I found these two, that look like axes, but I doubt that is what they are. For one thing, they are too small, and the 'axe-end' is about as sharp as a rolling pin. Anybody knows what they are? 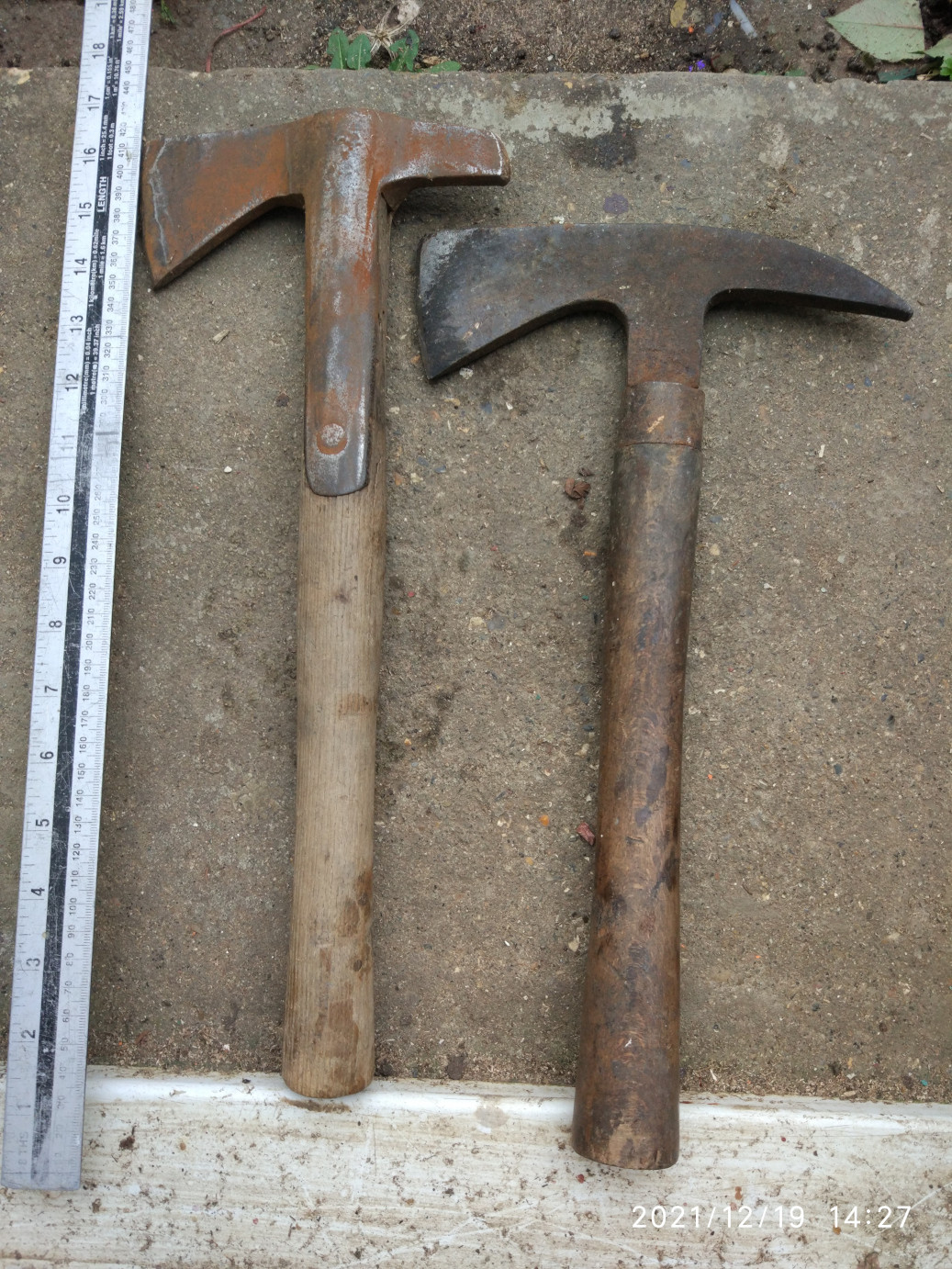 Thanks for the answers so far - I've taken another picture from a different angle. I think it shows that they can't be pickaxes, certainly - the sharp ends are not at all sharp and never were. Besides, this is quite soft iron - I tried to put an edge on them, but it blunts as soon as I try to use them as axes.

I found them in a box full of tools that seem to be for heay duty soldering - perhaps for lead roofing? They are basically a wooden handle attached to a thin metal shaft with a large lump of metal in different shapes at the end, that looks like it has been heated (covered with some black cinderlike stuff). When I found the 'axes' they looked like they had been blunted by using them like a kind of hammer. 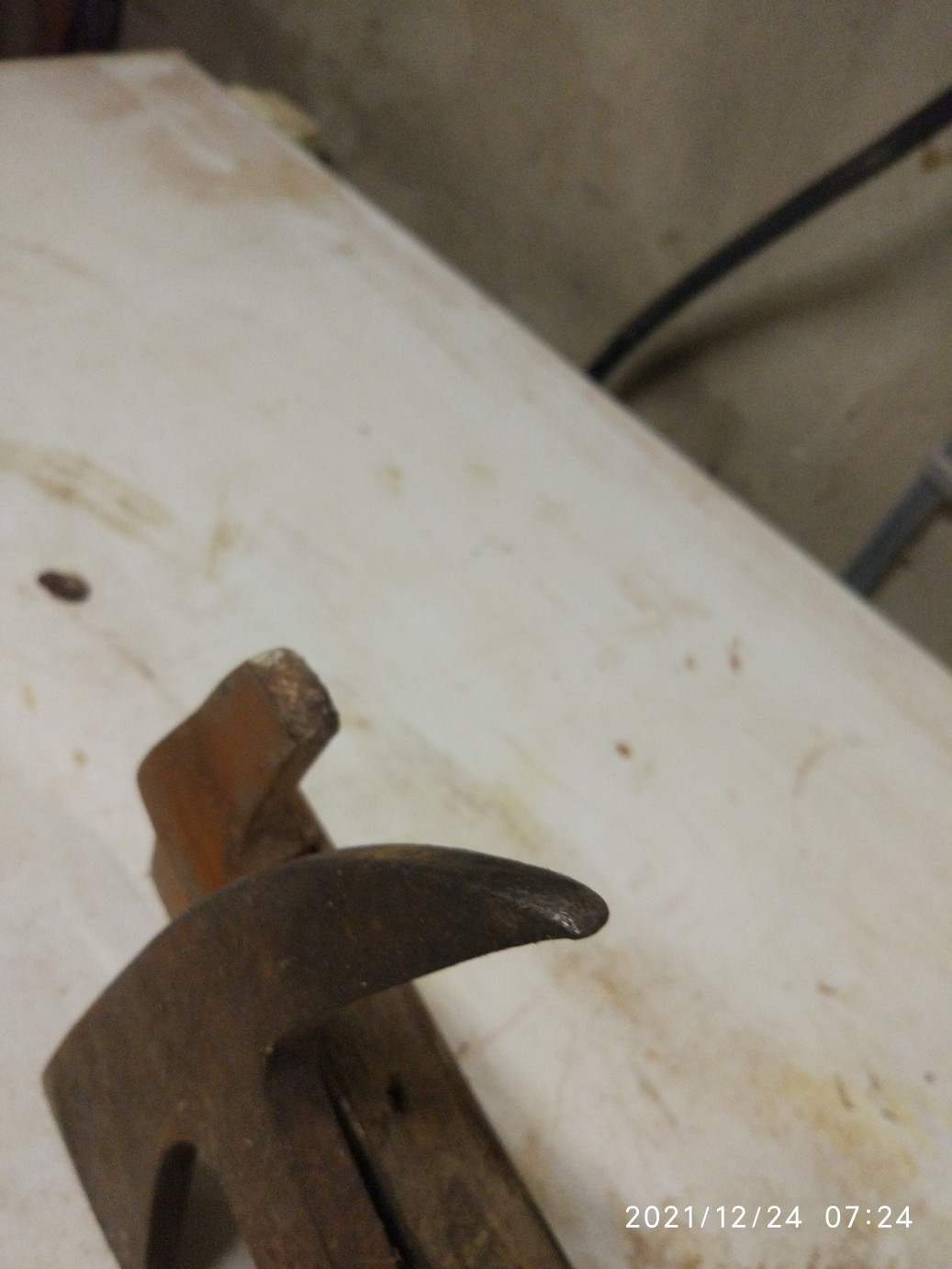 These look to me like antique firefighter's axes. You can see the restoration of one here: https://www.youtube.com/watch?v=YnlEZhwRERo .

I can find several examples of the left one in an internet search for "antique fireman's axe", e.g. https://www.tooltique.co.uk/superb-condition-a-rare-shand-mason-co-19th-century-firemans-axe/ assuming someone modified the smaller end.

I believe these are "prospecting" or "mining" axes. They are used even today by those mining or prospecting for gold, gems, minerals, etc. by hand.

Those are rockhounding tools.

The pick is for picking out rocks and the "axe" is for splitting rocks (for example to find agates inside) or wedging out clefts from bigger boulders.

They might also be dull hand/camping axes for splitting kindling

5
What are the names of these tools?
2
What tools should I use for hand carving and whittling?
9
streamlined snow shoveling
1
Converting appliances from 120v -> 240v
15
Basic power tool set for Home repair and simple projects
0
Please help me identify this old tool
18
Can you identify this tool?