In what years was plaster over fiberboard used for walls in US Northeast?

Here is a piece of wall I broke open. Fiberboard backing was nailed to joists with plaster (grey) and a skim coat (white). New Jersey house built 1896 and renovated many times since. Original walls are wood lath with plaster. Most recent walls are straight up drywall. But there are walls made with various materials and this is one of them.

What are the years this would most likely have been used?

The grey/white diagonal lines in the plaster are from my saw so don't look there for clues. :) 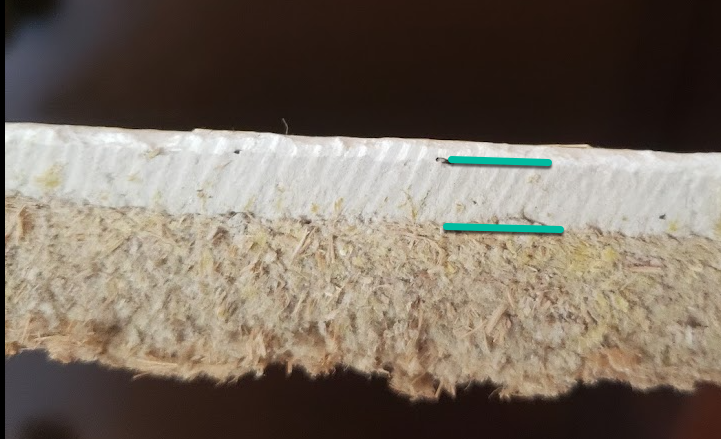 Edit:. A little further research. Fiberboard also called Celotex, Insulite, beaver board. My house was built in 1896. First fiberboards were invented/patented between 1901 and 1916 so even if the first major renovation were after 10 years it's possible this material could have been used. More likely, during the 20s, 30s, or later. I'll add my own answer with this info once I've learned a little more, hoping to learn more from all of you.

I just worked on a house over here in NW Washington built in the 1930's that had that on the outside walls, the interior walls were rock lath and plaster.

We still use that system.

It’s called “Thin Coat Plaster”. We use it where we want an extra hard surface as a finish… like a school corridor. It’s fire rated and prevents the walls from being scratched up.

3
Mudding over plaster walls with pre-mixed joint compound
2
Paint peeling off layer of joint compound over plaster, am I in over my head?
1
How should I insulate a wall I opened up?
1
Big vertical crack in brick wall and loose bricks
1
What's the difference between pottery plaster and plaster used on interior walls?
2
During what construction era was plaster installed over metal lath?
1
What kind of paint should be used on old plaster and lathe walls?
0
Proper way to repair old plasterboard walls?
0
Paint and primer cracks immediately when I apply it to antique plaster wall