Is my p-trap installed correctly?

I just moved into a new house and am having a problem where the sink takes longer than normal to drain. Also, while using the shower, there is a gurgling from the sink.

I tried some drain cleaner, but these were supposed to be newly installed lines. So I'm wondering if the way the p-trap is installed is the issue. 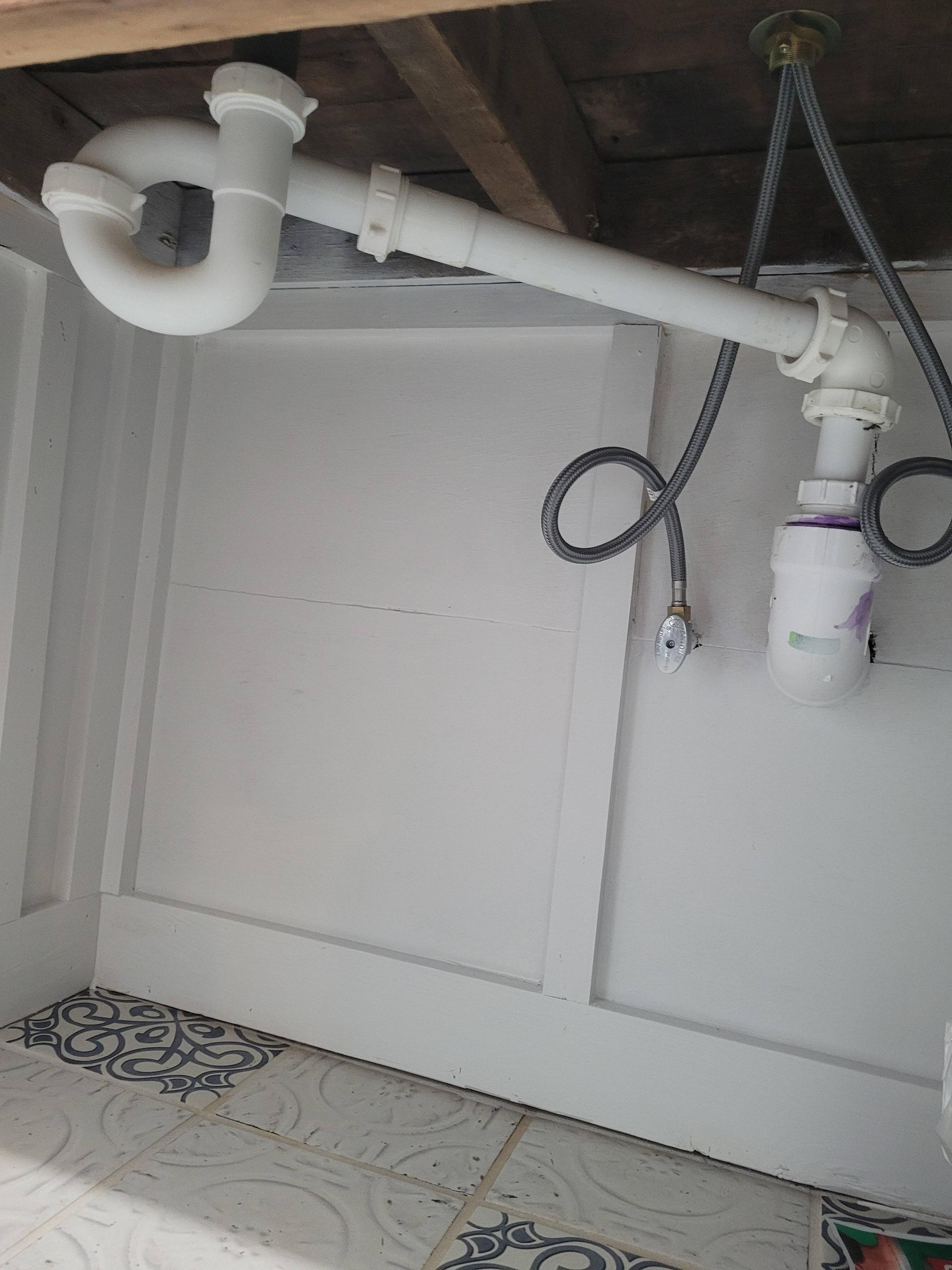 Is this a rental? There has been some seriously unlicensed plumbing going on here, I'd say.

The elbow entering the wall should be turned towards the sink, "just off horizontal" in a "slopes to the drain" manner. 1/4" per foot. Unfortunately it's glued, so correcting that will be a bit of work. Might choose a diferent angle of elbow - 60, 45, 30 or 22.5 to point more directly at the sink.

The sink tailpiece should be extended and the trap lowered so that the exit of the trap is 1/4" per foot of pipe higher than the entrance of the wall drain, not several inches above the drain entrance to the wall. If it's more convenient, you can run the trap exit straight back to the wall and make a horizontal corner there (using the 90 you already have) to a pipe along the wall leading to the drain entrance.

Tailpieces and extensions can and should be trimmed to make the plumbing reasonably direct.They come long, and can be slid a certain amount, and can be trimmed if they are still too long. Aim to trim them so most of the adjustment range remains, rather than making them just reach.

There might still be a venting issue out of sight in the wall, but that addresses what we can see is wrong with the trap setup.

Not great, the angle is such that the green (trying to show going directly to the drain) and the purple (trying but mostly failing to show "back to the wall and turn to follow the wall to the drain" look mostly the same. But an attempt... 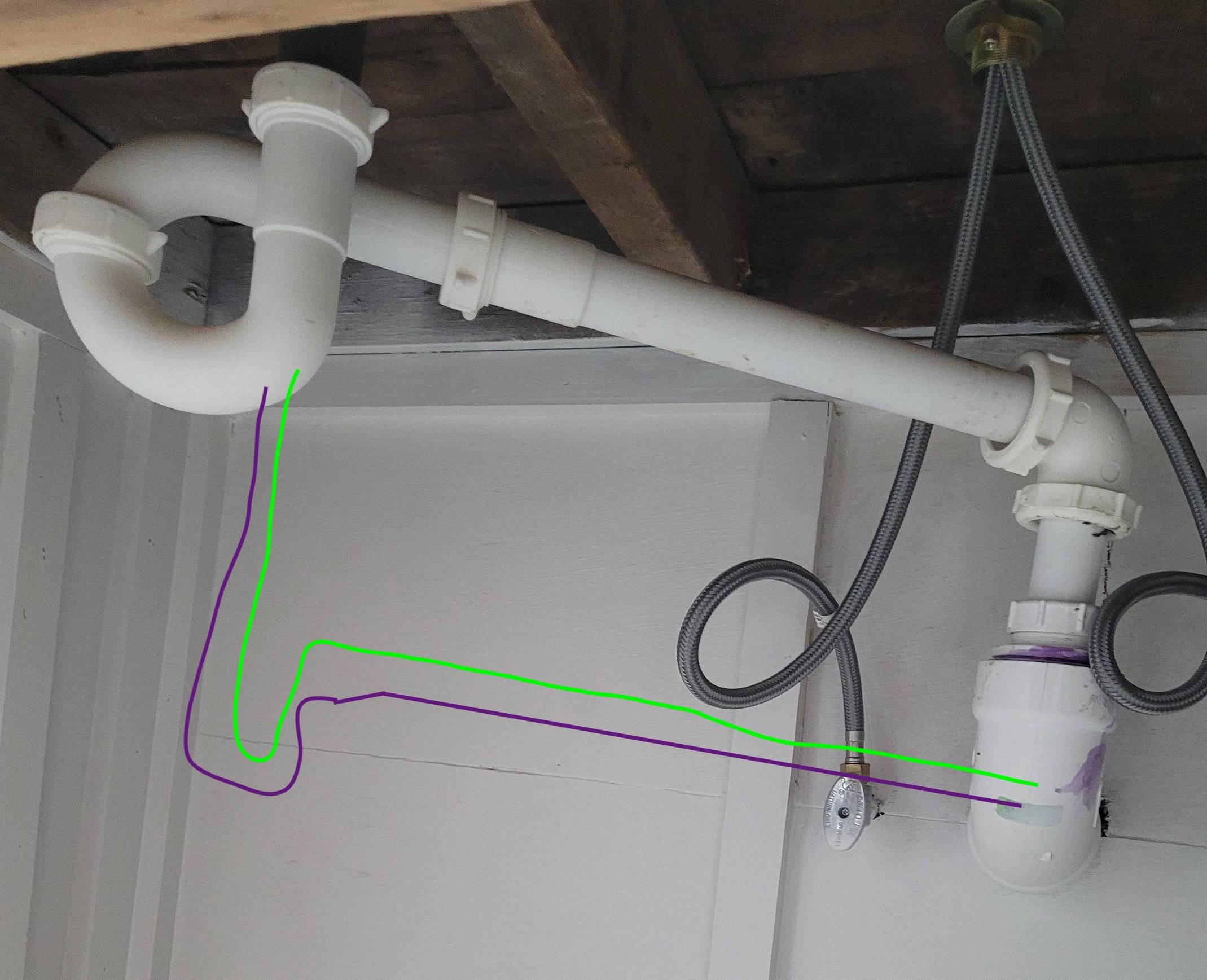 @Ecnerwal hit several of the big issues here but there may be more.
There is definitely a venting problem. A good rule of thumb on venting with a P trap is if the P trap can't "see" the vent it's a problem. The following illustrates how a vent should be configured relative to a P trap: 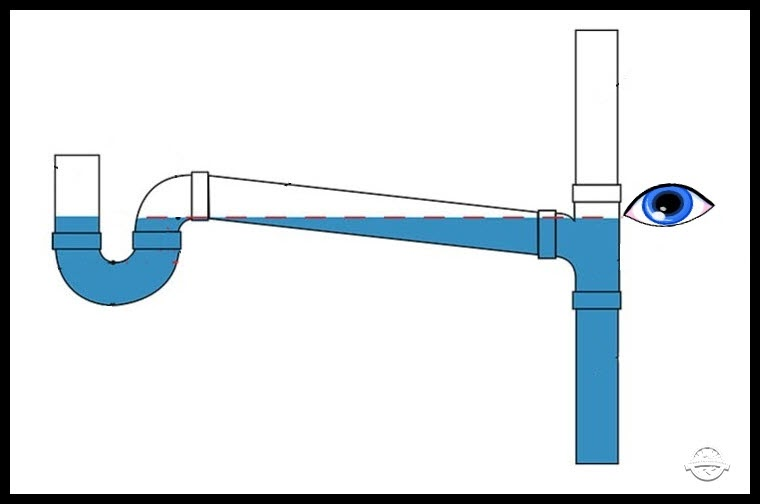 The alternative here is to add an air admittance valve (AAV) on the crosspiece after the trap about 6 inches out which should meet code - but check.
Second, in the pic we can't tell the length of the tailpiece going up through the floor/countertop but the distance from the sink drain to the top of the water seal in the P trap shouldn't exceed 24". 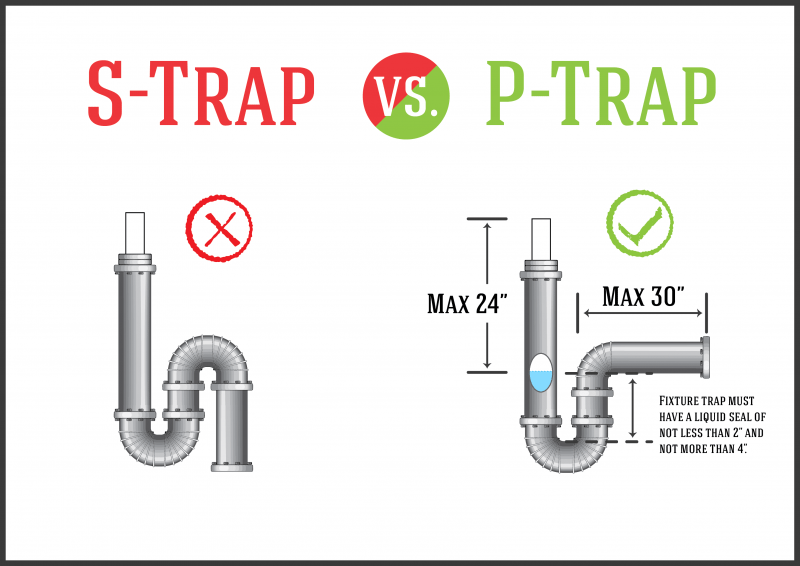 The above also illustrates the illegal S trap mentioned by Ecnerwal.

7
Connecting a P-trap to a female drain connector in the wall
2
Is this a clog, or poor plumbing?
2
What can I do if drain alignment doesn't allow enough space for p-trap?
2
Why doesn't our new apartment sink drain after the first day?
2
New sink installation: garbage disposal sits lower and p-trap no longer at the right height for the drain
0
Leaky drain, round 2: Trap joint won't stop leaking
3
Should a bathroom sink drain outlet flow away from the trap, or back toward it?
0
Will a doubled P-trap cause problems if it has a vent between the traps?