Hollow Ceiling Joist? Can joists have side panels? 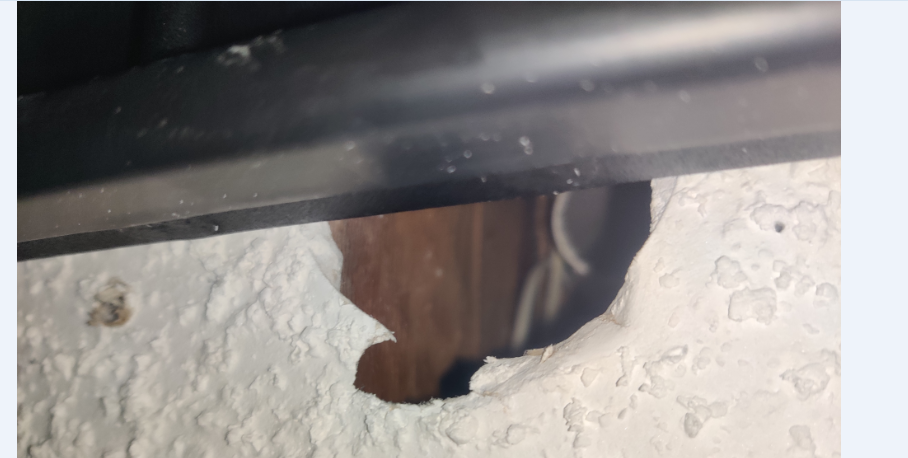 For scale, the holes in the bar are 2" apart and run end to end, despite not always being visible in the photo.

I've been trying to drill three holes in a line across three ceiling joists. But one joist in particular is very strange.

The center and right holes seem normal and go into joists that measure 16" apart from each other.

The left hole is the strange one. It measures 12" from the center joist/hole and bordering on its right edge is a 4" hole in the drywall for a lamp. It was the first hole drilled since looking into the lamp hole seemed to indicate there was a joist just to its left. When looking in the hole, I can see the right side of a 10" tall joist. There is no step in the joist that you would expect from an I-joist and probing the side of the joist through the lamp hole seems to indicate it runs all the way to the wall like a joist would. It was after when I started searching for the joists for the center and right holes I realize something was off about the left hole/joist.

Drill into that left "joist" is very strange. It's only very slightly more difficult to drill into than if I drill drywall and miss wood and nowhere near as difficult as if I hit actual solid, thick wood like with the other holes. If just drill through the dry wall and stop there does seem to be wood there. However, if I continue drilling and probe the hole, there is no end to the hole. It is as if I drilled clear through the joist when my drill is not long enough to do so.

Does anyone know what is going on here? You can see in the photo that I have since drilled 16" left of center and did hit solid wood. But it still doesn't explain what it is that is running immediately left of the lamp hole.

EDIT: Could builders built something to mount the lamp 4" away from a joist normally spaced 16" apart and then placed the lamp hole there? That would explain why the joist seems to be unevenly spaced at 12"-16"-16". I can't think of a reason why you would do that though especially when the the so-called joist seems to run from wall-to-wall.

The lamp box may not have been hung from an actual joist, but perhaps from an I joist (other answer) or from blocking between joists. The blocking may be the same dimensions as the joists, as in the picture below, or it may be smaller, perhaps a 2x4 or even a 2x4 laid flat between joists just for hanging the lamp. You may be drilling where you think a joist should be but isn't, or you may be drilling through a 1.5 inch thick piece of blocking into a 10 inch space. 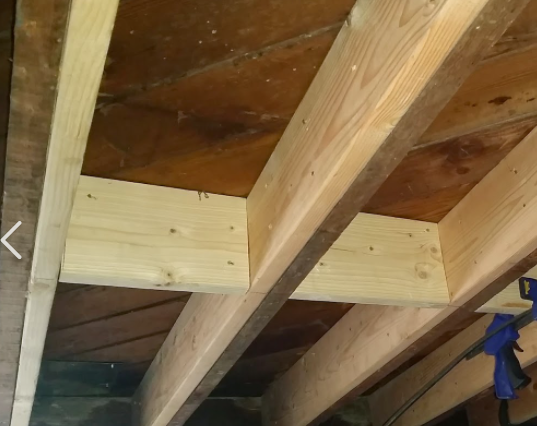 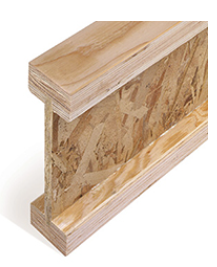 ADD: After the update and clarifications, I think you have drilled into the joist that has a hole for the electrical conduit. It is either an oversized hole or not used.

Not the answer you're looking for? Browse other questions tagged joists or ask your own question.

0
Are these joists deep enough for the joist spacing / beam spacing I am planning on my deck?
0
How to properly double on ceiling joists
3
What is this metal plate in front of wooden joist for? Can I drill through?
3
Finding ceiling joists in an old apartment
4
Running wire to ceiling with double joist parallel to wall
1
Vertical drilling into ceiling joist for pilot hole
2
Running wire through ceiling, ceiling joists blocking access to the top of the frame
3
Is it OK to drill/notch an end joist (not rim/band joist) as long as it's continuously supported by a foundation wall?
0
Sistering a joist with no space on any side
4
How to repair this split ceiling joist?