I moved into a house that has a slop sink in the basement. The sink drains through a PVC pipe, which is plugged in to an opening in a metal drain pipe. The PVC and the interior of the opening are both unthreaded. Not surprisingly, this connection leaks. How can I make a proper watertight connection? Here are two photos. Thank you! 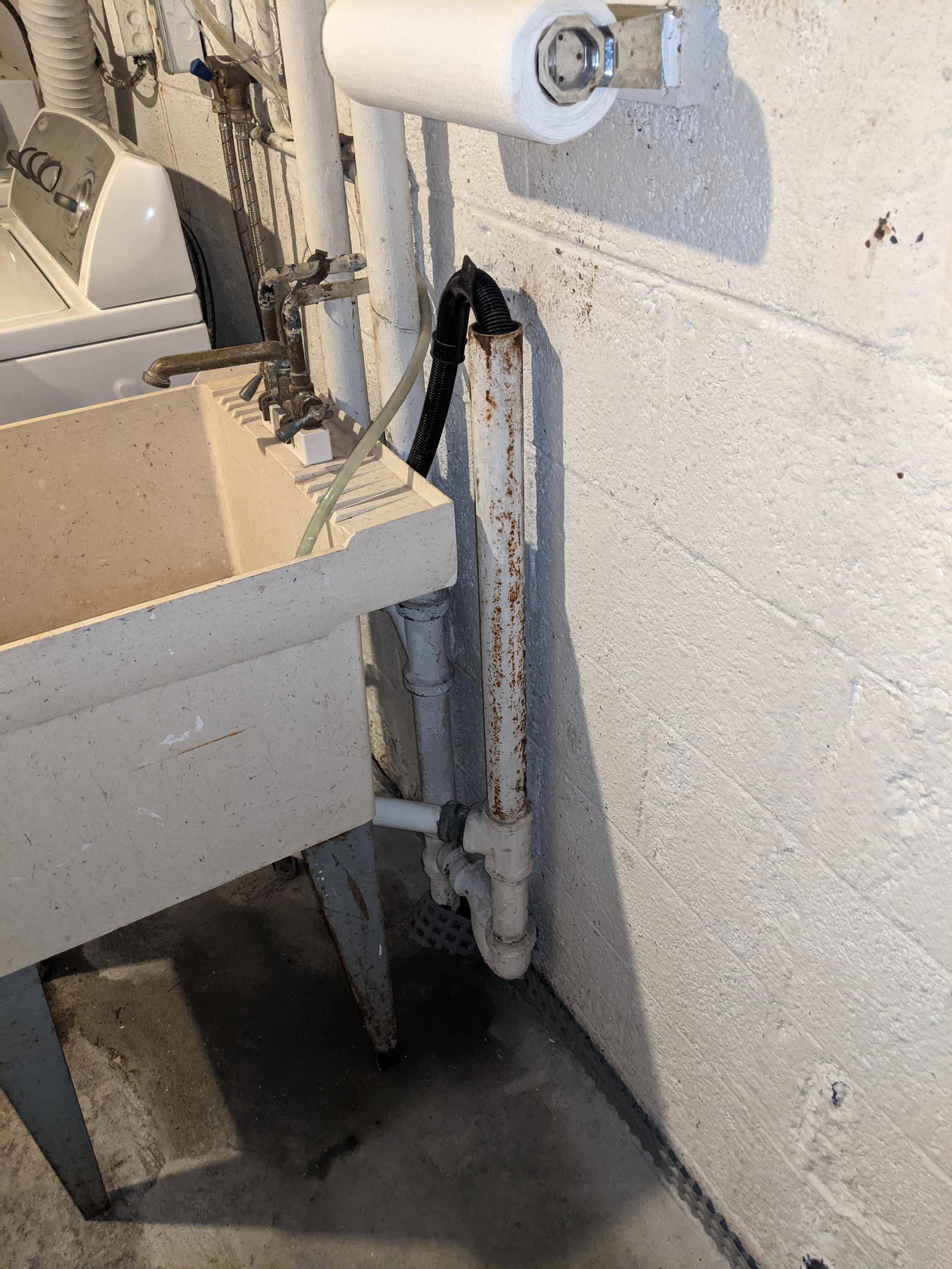 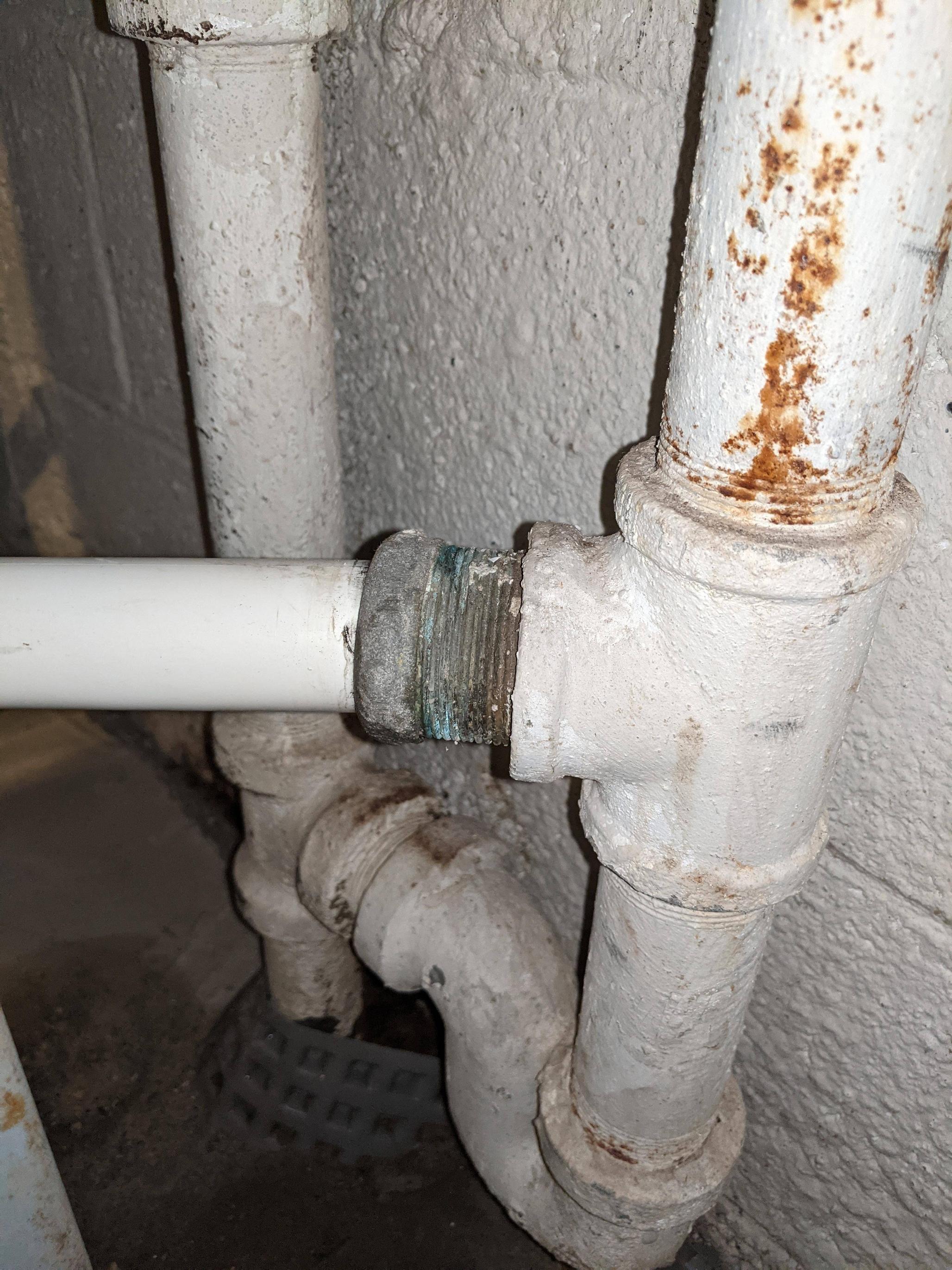 The corroded bit with threads looks like a trap adapter upon careful examination. Tailpieces slip-fit into those and the nut on the end tightens to make a seal against a wedge-shaped washer around the tailpiece. No threads on the inside is normal and expected. Since the trap adapter appears to be threaded into the Tee, the expected threads inside THAT appear to be there.

Depending how bad the corrosion is, you might need a new trap adapter, or you might just need a new wedge seal inside that nut, around the tailpiece, and to tighten the nut properly when the trap is positioned correctly (they slip fit so you can adjust things.)

You might also need to adjust the height or angle of the trap, as the picture appears to show a rather severe angle that will make it difficult or impossible to get a seal. Some minor misalignment can be tolerated, but not too much.

The blue bit is either missing, or not being tightened enough by the yellow bit to work. Turn the diagram 90 degrees to match your connection. You don't have a second tube, you have a trap adapter that connects to pipe threads, but otherwise it's the best diagram I could track down for now.

IF you actually have a PVC pipe there, just remove the thing I think is a trap adapter and replace it with a PVC to MPT (Male Pipe Thread) adapter. But I bet that's not what you have here.

4
Connect Two Pipes
3
How to tighten / connect these pipes under the bathroom sink?