New section of copper pipe producing a hissing sound when connected cold water tank is being filled. How to stop?

I recently replaced a portion of the 15mm mains inlet pipe work to our cold water storage tank.

The pipework went from the following copper/flexi-hose (15mm flexi with flexi connector to tank) setup: 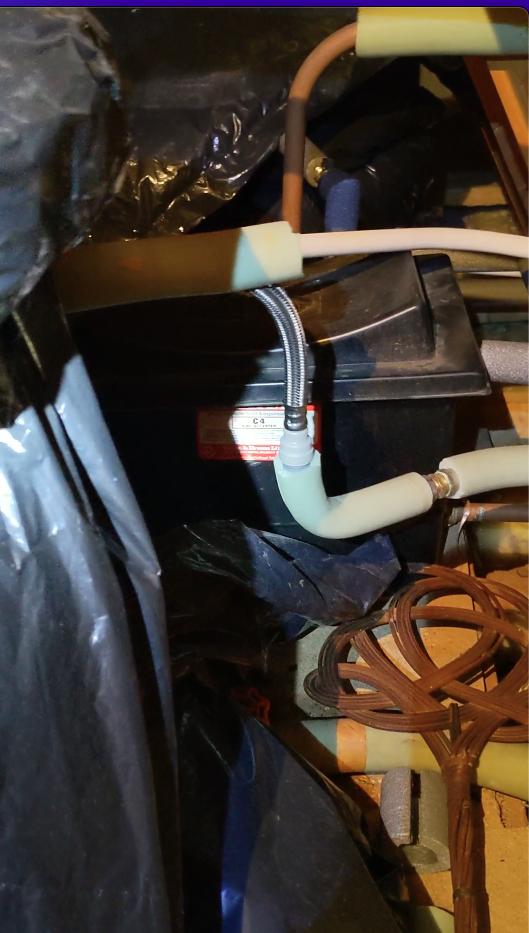 To the following 15mm copper only (with tap connector to tank) setup: 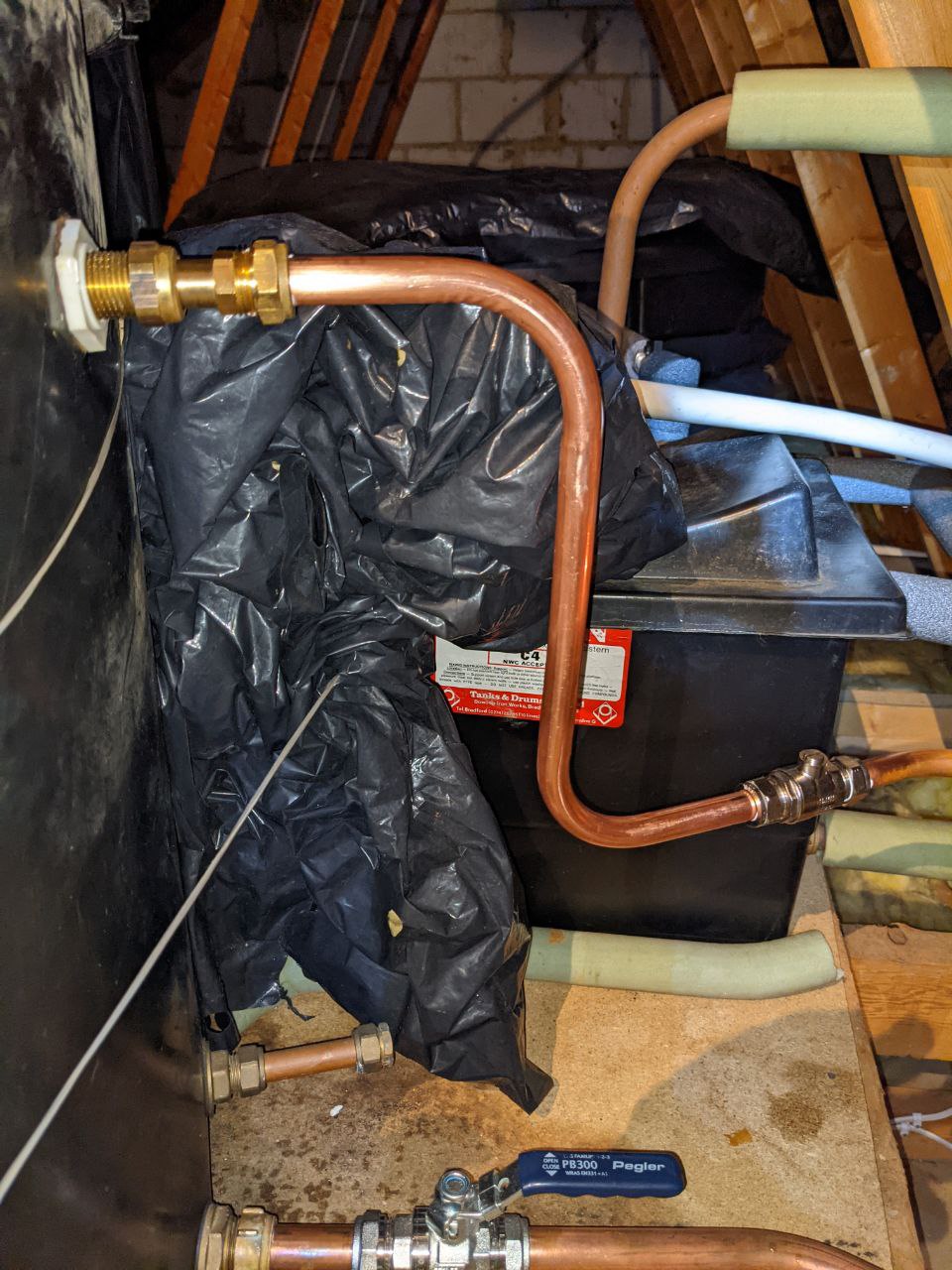 I appreciate of course there might be other parts of the system producing the sound and it resonating in this area; but this is the only recent change so seems to be responsible in some way.

There are no obvious leaks in the area, or elsewhere, that might be causing the hissing. Also when the float valve on the connected water tank closes the hissing stops.

One could say that the flexi-hose offered a "smoother" flow to the water based on it's more curved bend. Also the current copper pipe is rippled slightly on the top bend, on the inside of the pipe; also i fitted an isolation value to the start of the new copper pipe section.

New isolation value, ball valve, is full bore and wasn't there previously with the flexi in use.

Any ideas as to why the current copper configuration might be causing a hissing sound when the tank fills? Are there any possible solutions without replacing the pipes, or would, for example, i need to try replacing this section of pipe with 22mm copper pipe i.e. increase the flow capacity?

Over the course of a few weeks observation, i believe the hissing is actually water flow through the new section of pipe particularly through the top bend.

Previously, when the flexi-hose was in place, the rubber internals likely contained the noise of high velocity water passing through this pipe section.

I also understand copper wall thickness is now typically 0.7mm, on 15mm pipe i believe, whereas many years ago it used to be 1mm. This could further exacerbate the noise level depending on the pipe section.

My options seem to be, replace the section of pipe with thicker walled pipe and/or replace with 22mm to "spread the load". Or revert back to some kind of flexi-hose with rubber internals to dampen the noise.

Any further suggestions are welcome?

The source could be the restriction given by the ball valve.

However, just closing that ball valve a bit might drop the velocity sufficiently to quieten it down.

Was that ball valve there when the flexi was in use?