The gap is 1-8mm wide. The window sill is PVC thus probably only selected glues will work. Wall is drywall. This is a low window sill on a high window - so in the right lower corner you see the covered room floor. The sill is just 15cm above floor level.

Edit: talking about gap on the right (Yellow is membrane not yet cut to fit)

Options I was thinking about:

(leveling the wall is not an option - too much effort)

Maybe there is some creative idea out there. Else I tend towards the silicone fill + leveling to the sill. 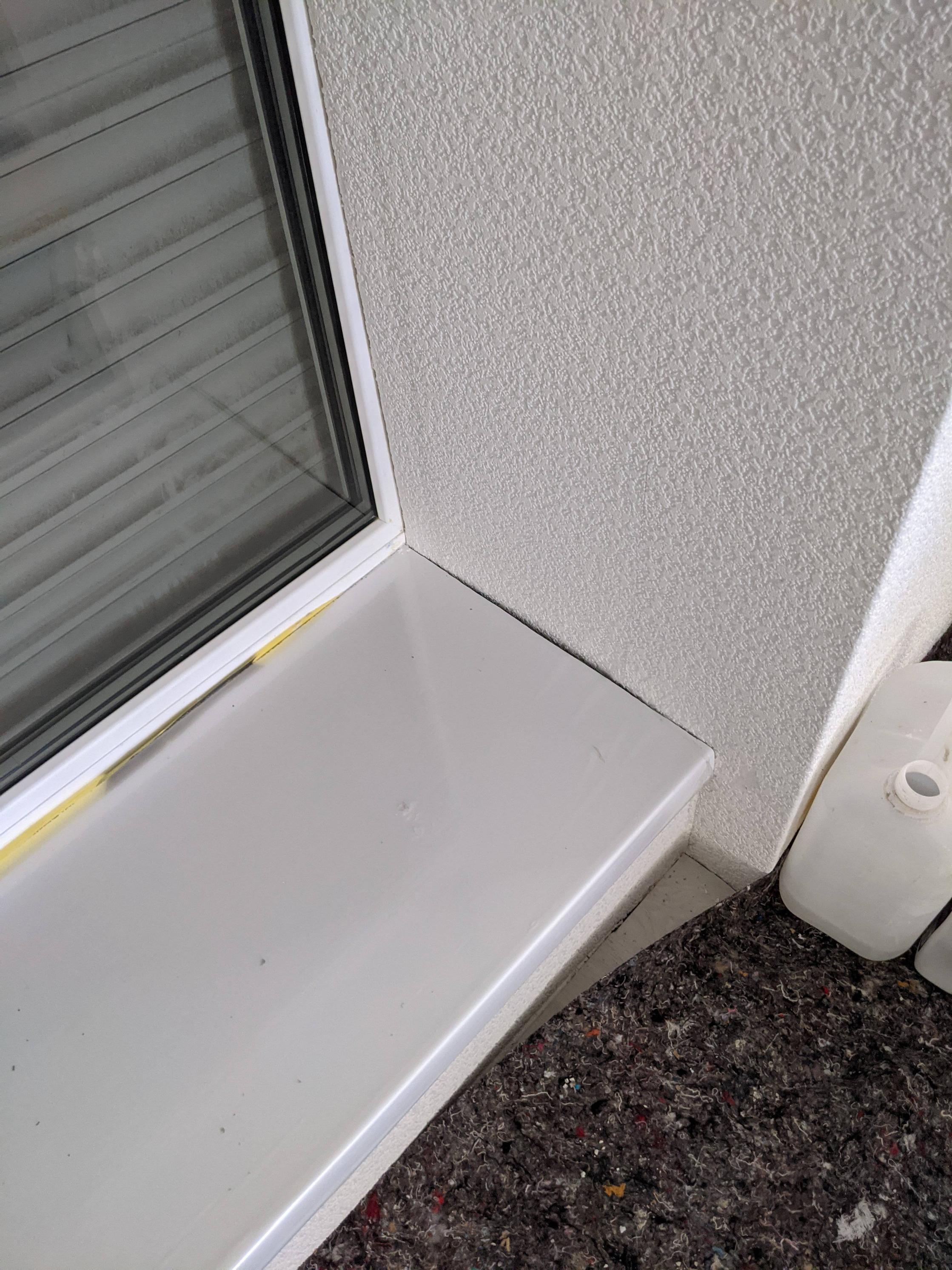 I think whatever you use, you'll see it every time you look at it…
… but I bet you'll stop looking at it after a week & not spot it again until next time you decorate.

I'd fill it with 'whatever I have already in the gun, or opened & not yet dried up'.
Decorator's caulk, acrylic or even silicone. Caulk & acrylic paint easier & aren't as shiny.
From comments: Don't try to paint silicone, it doesn't go well, short- or long-term.

First, I'd mask off the lower wall flush to the end of the sill - anything that squeezes itself into that pattern won't be easy to get out & will drive you nuts every time you spot it for the next ten years.
Then I'd just run a bead down along the wall, below flush, let it dry so it will hold a second layer without it all falling through; then run the second layer & level it with the square end of a steel rule rather than a wet finger. That way it will nearly hide itself as part of the sill rather than be a varying width curve.

Not the answer you're looking for? Browse other questions tagged drywall windows or ask your own question.

2
Window caulk gets a gap in winter
1
How can I fill this gap between the plasterboard and window architrave?
7
What can I do about a Rough opening that is REALLY out of square?
2
How to address gaps between underlayment and drywall before waterproofing?
2
Tips for extending the window sill
1
How to fill 5 inch deep gap above and below window on internal wall
1
How to mount an air conditioner in this window?
1
Filling gap between window sill trim and drywall
0
How to repair drywall tape between ceiling and tiles on wall?
0
What's my ideal method for air sealing this window?