Should I use an impact wrench to loosen a plumbing nut on a boiler drain valve?

I want to replace the washer inside a boiler drain valve because it's leaking. However, I am unable to unscrew a nut that holds the valve stem in place. I have tried a variety of hand tools, so far it hasn't budge. Do you think an impact wrench would help in this case, will it damage the pipes and/or other connections of the system? In general, is it good practice to use impact wrench on plumbing work?

The red arrows points at the "nut" (not sure what to call it) I want to loosen. The valve is a hammond 710. 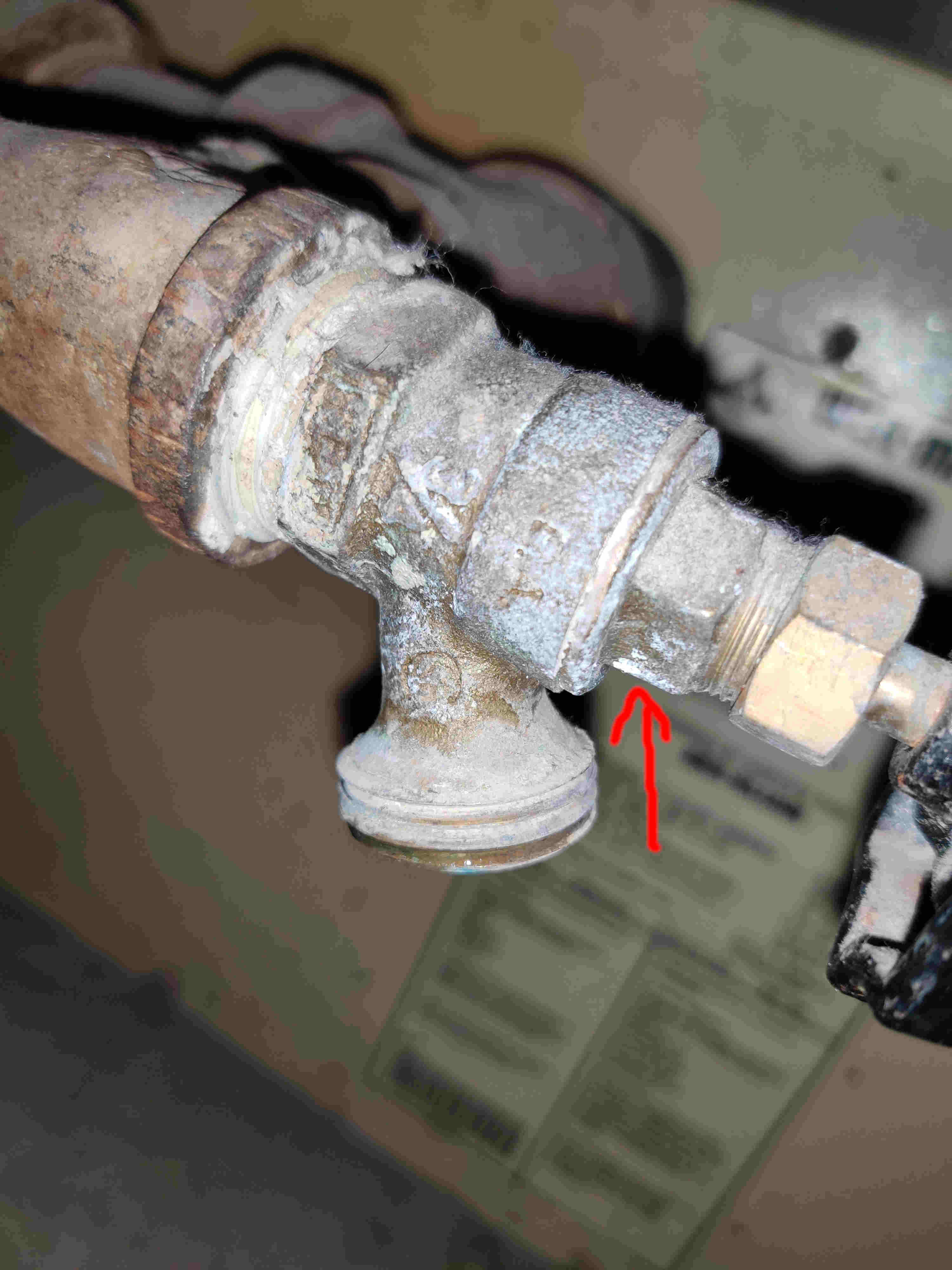 It may be, judging by your red arrow, that you are trying to turn the wrong thing.

Do not use an impact wrench. Use two pipe wrenches. It looks like the drain is out at the end of an "arm" of pipe, and if you turn too hard with one wrench or an impact wrench you'll likely damage the area marked as E below. 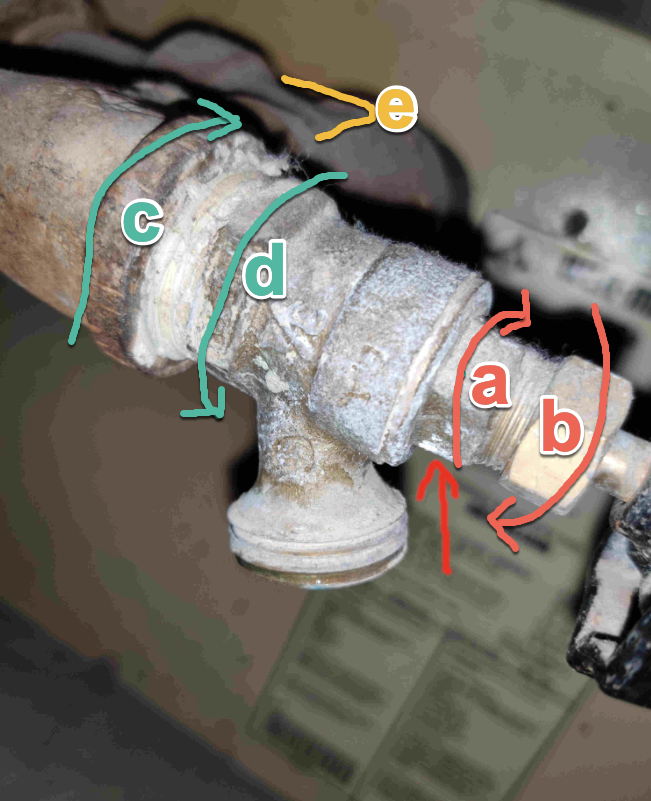 To answer your other question, "in general" brass plumbing parts are weaker than their old seized up screw connections. By using too much force to free up a seized part, you may damage random things in unpredictable ways that may be hard or impossible to fix. In general you should make increasingly aggressive attempts to free up the desired connection but you do so purposefully, and at some point you give up and intentionally remove or cut or grind off a larger section of work, in a way that includes a plan to replace it.

I would use heat, your seat is already leaking so a torch would be a better option. Heat applied to the left of the arrow. Depending on the type of valve stem packing you will probably need to replace that also but since you are rebuilding the valve it would be a good idea to re pack it anyway.

Not the answer you're looking for? Browse other questions tagged plumbing drain tools valve powertools or ask your own question.

4
Stuck, leaking water shutoff valve to toilet
1
Can a boiler water feed / pressure relief valve be repaired?
3
How to fix a threaded toilet shutoff valve?
2
Use impact driver or impact wrench for lag screws?
2
Leaking Washing Machine Shut Off Valve
1
How to loosen traditional faucet stem?
0
What type of wrench should I buy
1
Washing machine shutoff valve won't close
1
How to loosen nut without damaging toilet shutoff
1
Check valve seeping around hinge nut - should I replace it?