How would you patch such a coaxial low-power cable? 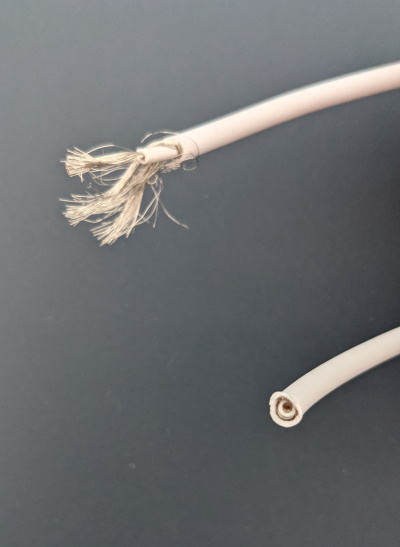 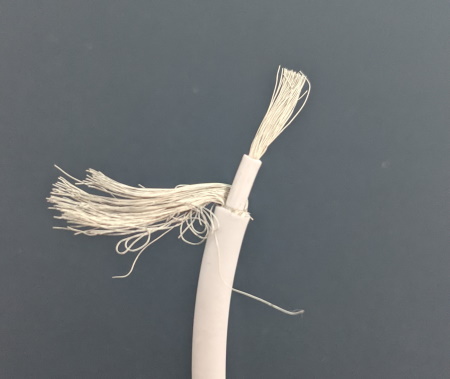 How would one solder, or in general patch, these two pieces of the same cable? Can I just separate the inner from the outer cable, solder and properly isolate one from the other?

I bought a power cable for Google Nest camera but it won't fit my cable duct. I wanted to insert the probe through the duct, bind it to the front (charging part) of the cable 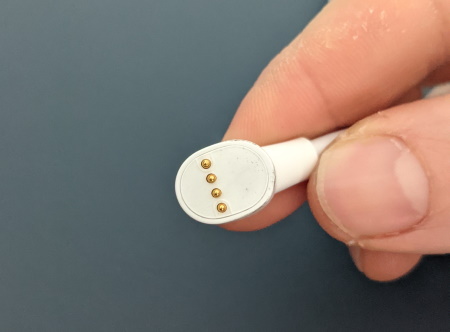 While the end barely fits the duct, I tried pulling and the bond between cable and probe was too thick. I tried to bind the charging tip to the front of the probe and push, but eventually it could't make a tiny turn.

So after countless attempts I decided to cut it open to see if it was something like of a twisted pair, which is easier to solder. And found this.

While this cable is technically "co-axial" because the two conductors share the same center, this is not RF signal cable that we commonly call coax, and it doesn't have the same restrictions.

This cable isn't sheilded and doesn't have any special electrical properties. Its just two conductors carrying power and can be soldered like any other two conductor speaker or power wire. The only reason it is coaxial is so the final cable is round and not flat like a typical "side by side" power cable - just for looks.

If you're thinking of soldering it, then buy some heat-shrink tubing in different sizes.

If you make a reasonably neat joint, you can slide some heat shrink over the join, and shrink it in place. But remember to slide the tubing onto the cable before you do the solder joint. For a coaxial cable, that means sliding piece of thin tube over the inner joint, and a longer piece over the outside of the cable, before doing any soldering.

There are coax cable ends you can buy and place on cable. Think you also need inexpensive crimper tool. Connect both ends with coax connector.

First one that came up, not a recommendation.

This answer is for simple TV type coax. For other types can maybe use telephone splices like this. https://www.amazon.com/Klein-Tools-VDV826-605-Connectors-19-26/dp/B008EAK2VK

Not the answer you're looking for? Browse other questions tagged electrical coaxial-cable soldering or ask your own question.

7
How do I terminate coaxial cable in a crimp on F type connector?
3
AC Voltage on Coaxial Cable (Cable TV)
14
How many power cables can a coaxial cable cross?
0
Southwire M550 says coaxial cable is misfired and reversed?
2
Will water damage a spliced coaxial cable?
4
Cable TV, Antenna, Coaxial - what is this thing?
0
How to confirm coaxial wall plate is connected correctly?
1
How can I run voice over existing coaxial cable?
0
Coaxial CATV to power line adapter
0
Replace coaxial cable