I have a pair of speakers that weigh 5.4kg/12lb each. They're mounted on a pair of DIY speaker stands. The stands are basically 2 pieces of oak connected with threaded rod that's covered by painted PVC pipe. The stands look great and have stood up well over the years, but they're not exactly what you'd call sturdy. Now the minor bumps and the occasional cat attacks that they've had to endure are starting to be augmented by a determined kid that is sure to topple them some time in the future, if left as is.

So ... the plan is to anchor both the speakers and stands to the wall. The speakers have both a keyhole mount and a threaded mounting hole, but I haven't seen a commercial mounting solution that I like (suggestions welcome, though). DIY seems like it would work, but I'm sort of stuck on what to build.

What I came up with is using heavier duty nailing plates/furniture corners and, using looped bolts, bolting a piece of threaded rod between them. So one end of the nailing plate into the wall/speaker, a looped bolt through the other end, a piece of threaded rod through the loop. Then strapping the stand to the mount with a steel strap and 3D printing some sort of cover to make it all look nice-ish. Not sure if it'd work well enough, though.

One possibility, if the speakers are small enough, is to not use the stands and use a small flat-panel monitor wall mount, something like this: 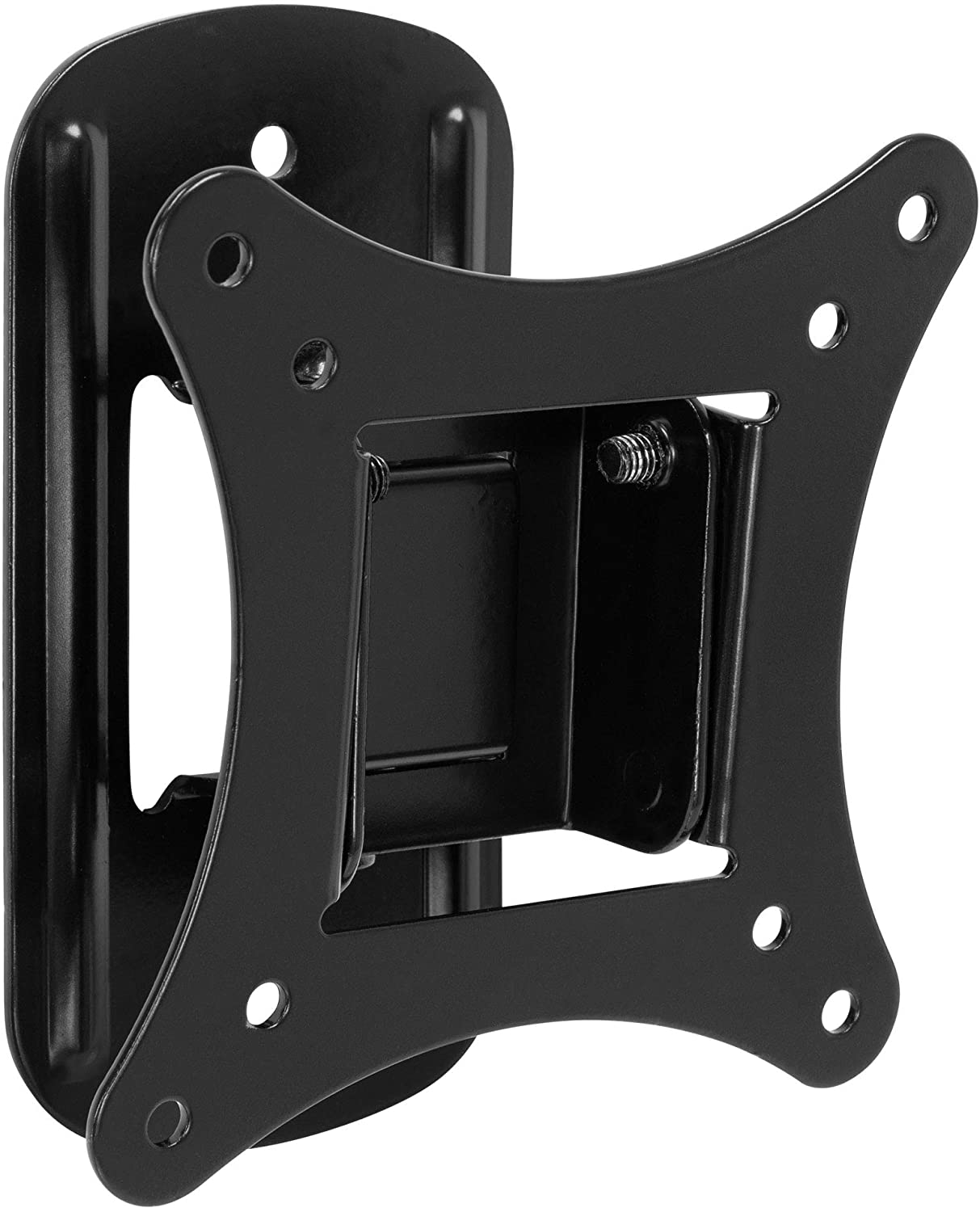 Monitor mounts can mount to concrete walls, pivot and tilt, and some can come apart so the wall plate and device plate can be attached separately then attached on the wall.

Not the answer you're looking for? Browse other questions tagged mounting speakers or ask your own question.

3
How can I mount speakers that don't have mount adapters?
13
Can metal studs support a 64" plasma TV on a swiveling mount?
1
Running audio wire in office, wall or ceiling location?
1
How can I mount a large, heavy, half-inch-thick sign on a wall WITHOUT drilling through it?
2
How to mount metal box to wooden beam?
0
Drilling a hole in a dry-wall backed by concrete or plaster?
2
Mounting pull up bar on cinder block wall
2
Tv will be off center if mounting to studs
0
Can I screw a wall light mounting plate directly into the pine wall covering the junction box?
1
Drilling in a corner right next to a wall