I have an electric shower head water heater. If you only have a cold water feed, it’s a great gizmo to have. The problem has been the proper current to operate it. It says it requires 110V 4800W 50A 50/60HZ

I installed it directly to my wall plug in bathroom. First it tripped my breakers. I stopped using it. The electrical wall plug felt hot too.

So, now I’m wondering what I have to do to use this thing. Is there like a mechanism, like converter or current stabilizer, that I could plug the shower head into instead of plugging it to the wall?

Running a separate cable directly to to my breakers is not an option. Also just installing a bigger breaker doesn’t seem like a good option either because my wall plug unit got hot.

Is there a product that could help me?

I am adding photos to clarify my issue. I would like an option to NOT having to run cable directly to box. I do admit it doesn’t seem likely that I have any option. 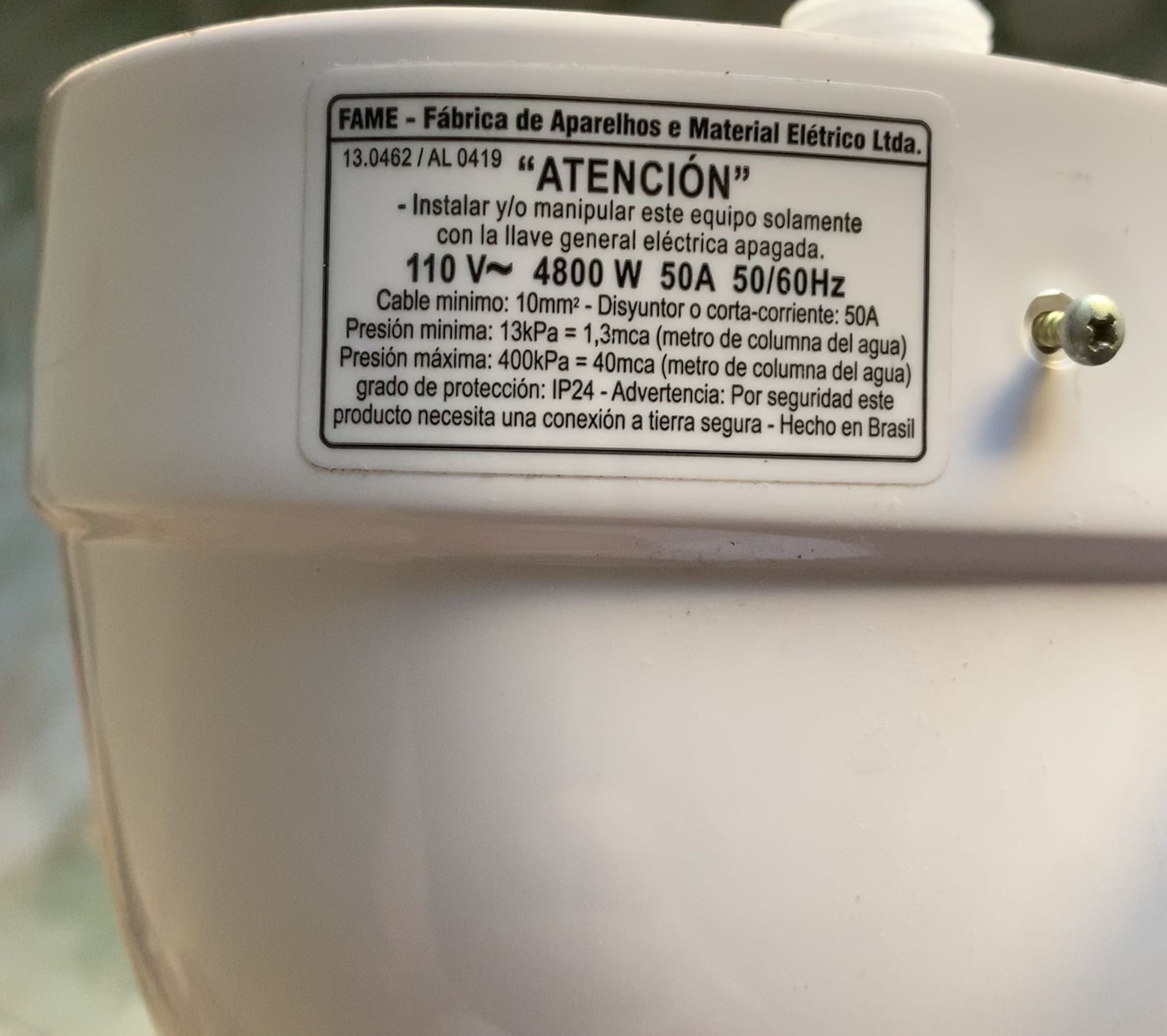 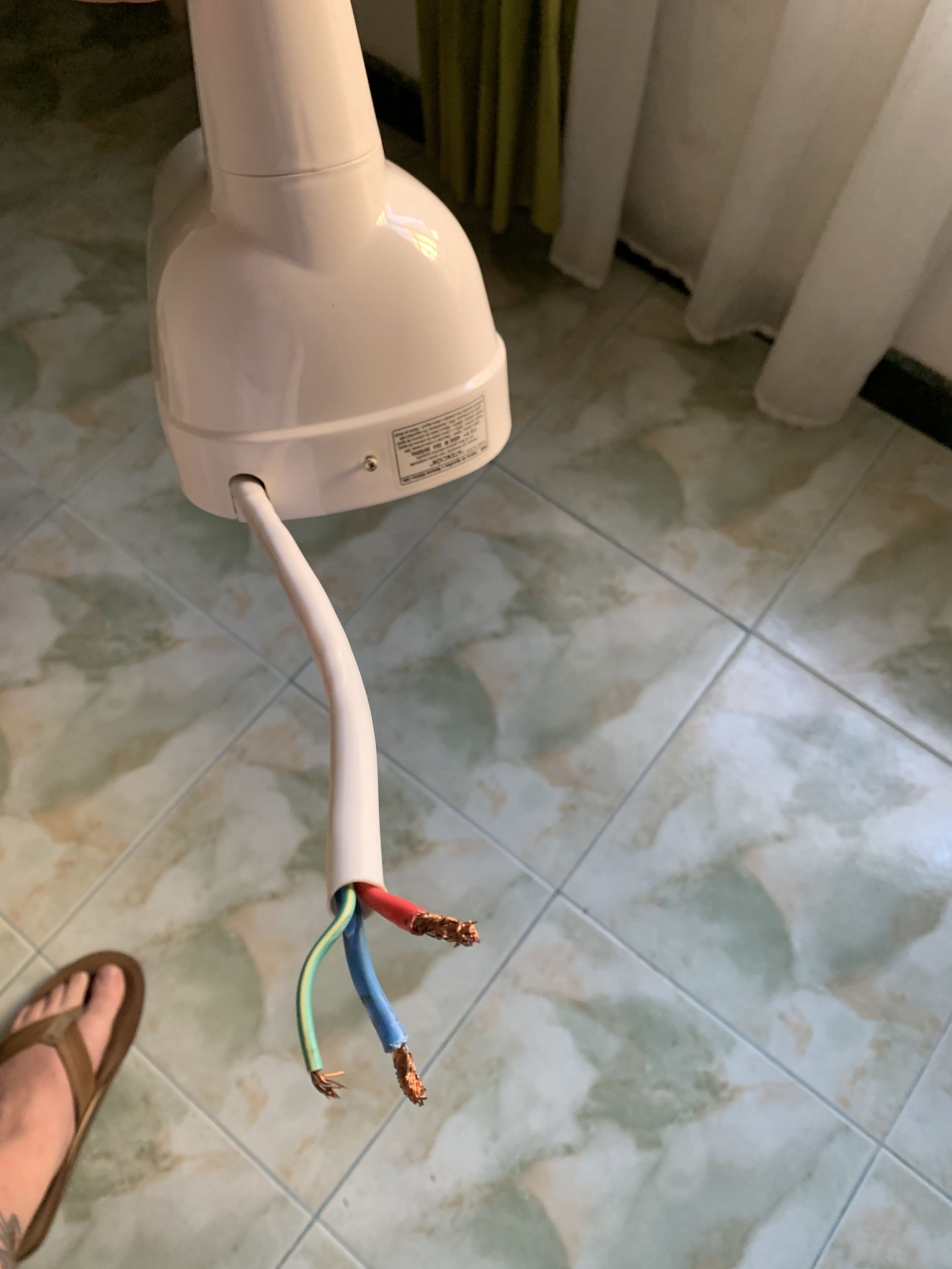 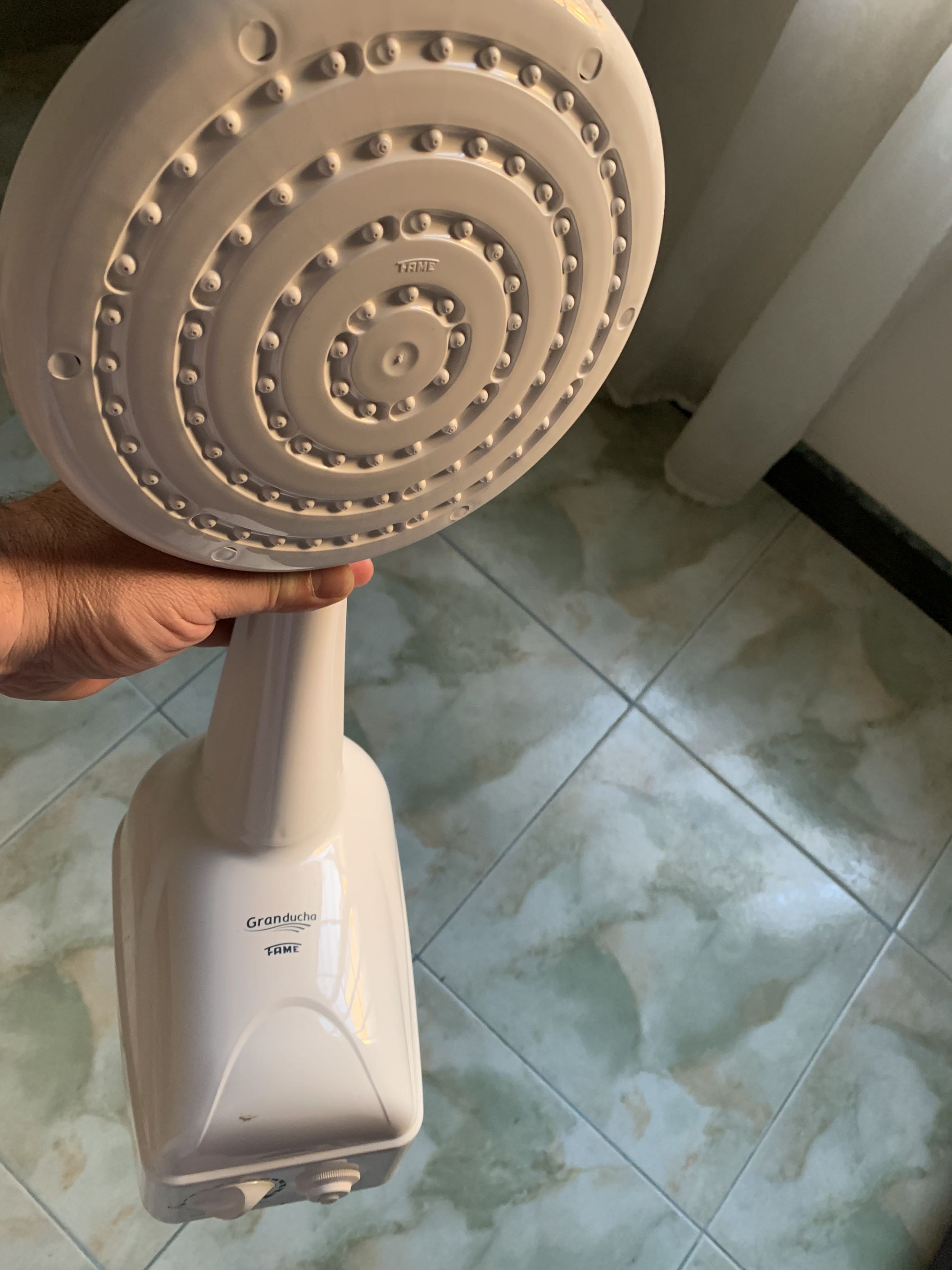 The thing draws 50A. There's no way it will work on any circuit that wasn't designed to supply (at least) 50A. So that means a separate cable back to the breaker panel, and a dedicated breaker. No magic stabilizer is going to get around that.

The only alternatives are going to be impractical, such as installing a large generator in the shower room.

Not the answer you're looking for? Browse other questions tagged shower water-heater or ask your own question.

0
Water heater refuses to light after power outage
0
Electric water heater power switch
3
Tankless water heater requirements
5
Voltage increase when connecting a large load to household circuit
1
Master showerhead has electrical current, what to do?
1
Leaking tile shower at corner near glass door
2
Battery backup system for tankless gas water heater (outdoor install)
1
Do I need a floor drain for the water heater in my townhome?
0
How to have a tub faucet, shower head, and rain shower head?