Fixing chips on the edges of a basement slab

I'm planning on redoing the flooring in a basement room which has a concrete slab in a 1974 Seattle house. The current carpet, which I've already removed, will be replaced with LVP.

After removing the carpet, I spotted a bunch of loose concrete around the edges of two exterior walls (it's a corner room). It appears that the previous owners tried to originally nail down the tack strips for the carpet too close to the edge of the concrete slab which must have resulted in it getting chipped off in large chunks. I've cleaned out the loose concrete but I'm now left with multiple large holes (as large as 1" x 3"). Any ideas on how I can fix these?

From what I've researched so far, I want to ensure that the expansion gap between the foundation and the concrete slab remains untouched. 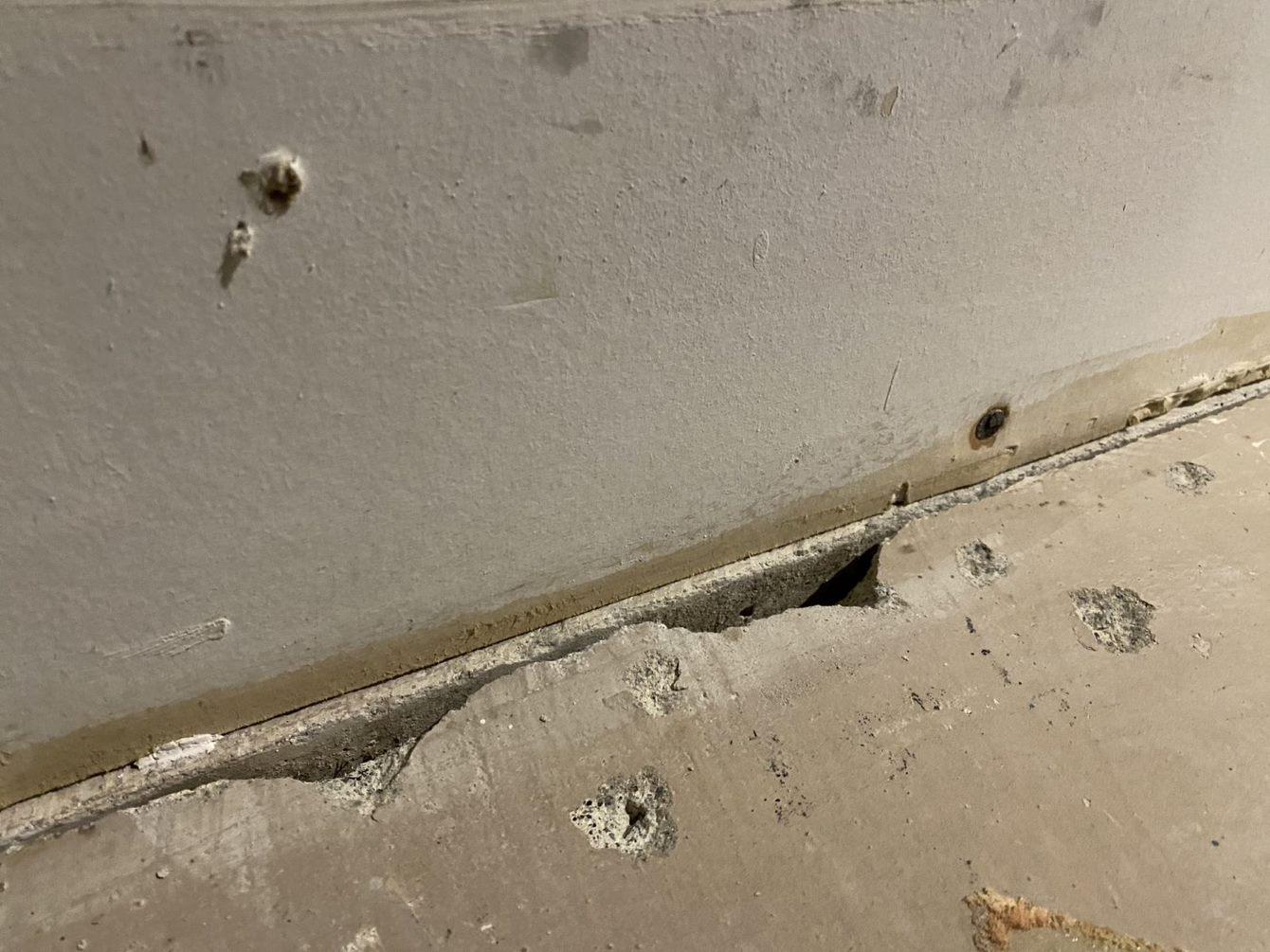 put some paper or plastic sheet down the crack against the wall then fill the holes with leveling compound, or builders filler.

It's not an issue. Once you leave the edge gap for your flooring it only spans maybe 3/4" over the voids for an inch or two. You'll never notice it.

If it bothers you, fill the voids with almost any cement patch you can find. Basement slabs don't typically get expansion joints. I don't see one here. There's evidence of slab shrinkage, which is normal during the cure, but there is no expansion material.

Not the answer you're looking for? Browse other questions tagged concrete flooring subfloor vinyl-flooring or ask your own question.

6
What type of subflooring should I use for a basement?
1
How can I patch my slab around a rough-in pipe in a difficult to access location?
3
How to repair garage floor concrete damage near apron?
1
How can I remove or level grooves in thinset mortar from a concrete slab?
2
How to I fasten this toilet flange down?
0
How to repair concrete damage from pulling up nail strips
0
How to patch small holes in concrete slab basement floor?
1
When to Repair Versus Replace Concrete Slab?
2
Subfloor repair for LVP installation