POE ip camera stopped working after more than a year

I have an exterior hikvision dome ip camera that stopped working in a 4 camera nvr setup. It worked fine for over a year.

I've tried a bunch of things to narrow down the problem. I updated the firmware on the nvr and power cycled it. I switched the nvr port for the camera to verify not a nvr port problem. I used the camera with a short cat6 close to the nvr and it worked as expected. The testing leads me to think it is an issue with the cat5e cable.

It seems like poe cables use 2 pairs for power and 1 pair for data leaving 1 spare pair of wires.

What is the best way to test the cat5e cable and determine the issue? I've crimped down on the connectors again in case there was something wrong, I've added connection enhancer to both the connector and the camera and it worked for a number of hours before it cut out again. Once it cuts out it doesn't seem to come back but taking down the camera, pulling the eth cord and putting it back in has allowed the camera to wake up and work for a number of hours.

I am thinking of putting a new connector on the camera end as the cat5e cord was a little bent and compressed under the camera so maybe over time the wires inside became damaged but it would be nice to know that wire x is the problem that I could use the spare pair and possibly get around a damaged wire within the cat5e cable.

I have a network cable tester it indicates that pair 3/6 are not working. I left the camera plugged in and the green lights cycled through the pairs skipping the 3&6. I tried it against a good cable and it cycled through all the pairs. It seems like there are some specialized poe testers on amazon not sure if that would help me anymore than this. 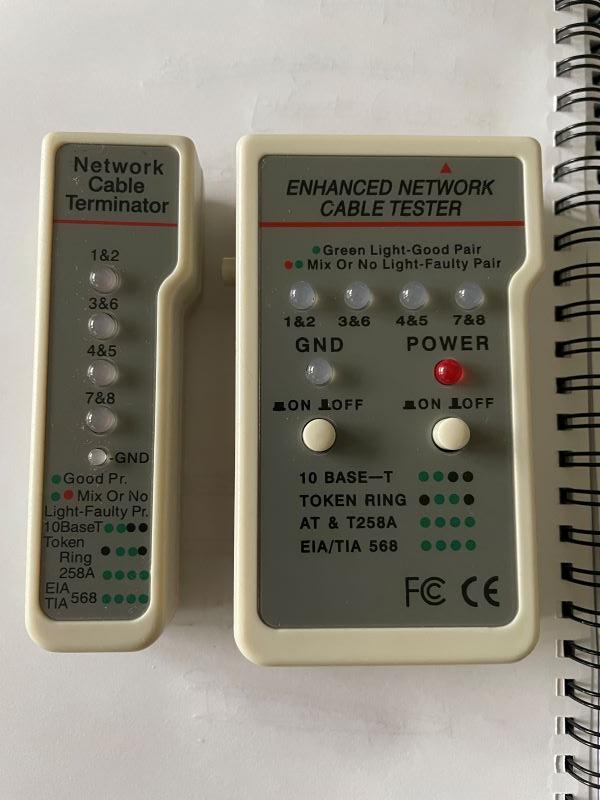 Here is a picture of a 5e box the installer used. I don't have a picture of the black 5e box but looking at the side of the cable it is marked: 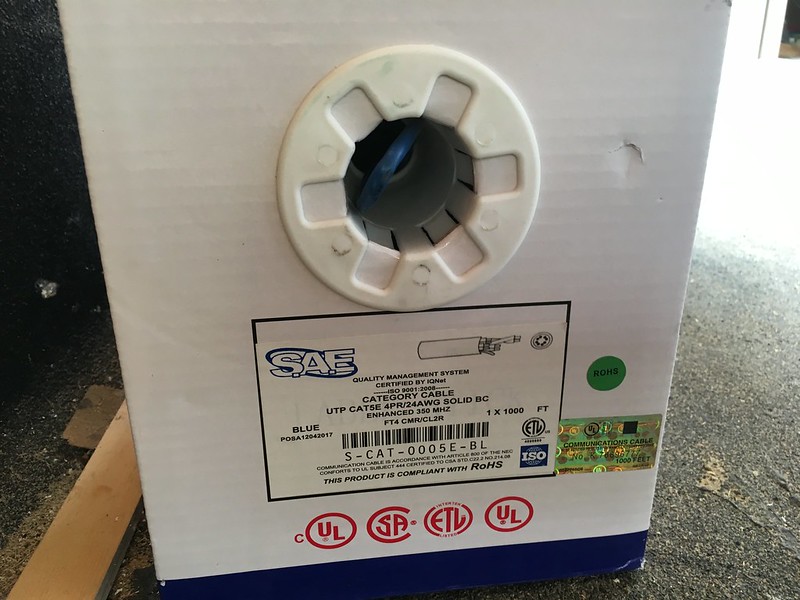 I created a cat6 cable and tested with the tester then cut out pairs 4/5 7/8. I attached the camera to the nvr with this cable hoping it would just work since mode A poe only requires 1/2 3/6 and these pairs handle both data and power. I tested the cable with my tester and the 1/2 3/6 pair light up but using it to connect the camera didn't meet with success.

I let the network cable sit for the night and checked it and all pairs were reporting good. I took the tester and tried the camera again and this time I was able to see a bad 3/6 on the camera. Keeping the camera and cable still I swapped it to the nvr and it wasn't able to be detected so now I am pretty sure the problem is with the 3/6 pair in the cable that is oem to the dome camera. Looking at some youtube videos of people repairing the hikvision cameras it seems likely that the network cable is stranded. It seems like with stranded cables I should either install a punchdown female end or solder if I want to repair. For now I've ordered a replacement camera.

I am happy that the problem doesn't seem to be the house cable but disappointed that the dome camera would be made so cheaply that the cable would break after a couple years - probably designed to fail.

I retested the poe test since it seemed like the camera cable is damaged I wanted to give it another go when I have the camera/cable in a position where the pairs are testing good.

I am pretty frustrated that the network tester I have has a finicky 3/6 light so I ordered a noyafa poe checker and a WiFi-Texas inline tester for poe. I'll play around with the camera a little bit more once my new tools arrive but I'll likely just install the replacement camera and shelve the damaged one until I get some more time to think about repairing it.

This sort of thing is often from not using appropriate wet-rated cable and connectors for exterior use. They work for a while and then get wet enough that they don't work anymore.

Proper POE cables (gigabit) in the modern era (which may or may not apply to this particular unit) use all 4 pairs for data and power via the magic of capacitive/transformer coupling for signals while power travels DC-coupled. In the "olden days" before defined, interchangeable 48V PoE all sorts of schemes were used with 12V and 24V power and "extra wires" in 100Base-T cables. There are no extra wires in 1000Base-T cables, they all get used. Your analysis of "one pair for data" only applies to ancient Half Duplex 10base-T connections. (Full-Duplex) 10BaseT and 100BaseT use two pairs for data (send/receive on separate pairs simultaneously)

Without knowing what you have for a network cable tester, it certainly would be worth trying it out to see if it shows anything.

I had problems getting my Hikvsion cameras to work, so bought one of these junk-tier testers 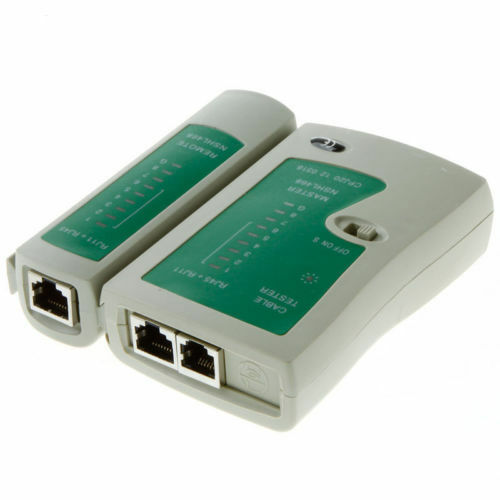 It solved my problems. It won't necessarily solve yours, but they are cheap enough to be worth trying.

Note that if you buy your cables from ebay/amazon seller, than most stuff sold nowadays is counterfeit garbage/CCA. Anything of this kind is best assumed to not up to spec (if a non-name brand) and a fraudulent copy of the real thing (if a name brand) UNLESS you bought it directly from a reputable seller. The longer the cable the more you will suffer voltage drop (you don't in fact need cat6 at all, the problem is your 'cat6' might not even be cat5e) and the more likely you are to have problems.

Also if you're not an experienced 'crimper', then you will probably, as I did, do it wrong. The cheap tool helps you instantly figure out you messed up.

Not the answer you're looking for? Browse other questions tagged ethernet poe ip-camera nvr hikvision or ask your own question.

1
Adding Cat6 Surface Mount Box
1
Cat 6 PoE Parallel To Power Cables (just for 2 feet) - What should I expect?
1
No signal when cabling a female wall plate
1
Troubleshooting hooking up ethernet switch in home office
1
Burying AC, solar DC and ethernet cable
1
I have a CAT5e cable with only 3 pairs (6 wires working) and need to do POE over it
1
How to properly terminate both ends of Cat6 patch cable (because of swapping side pairs)?
0
use cat6 cables as power (not POE)
12
Can an ethernet cable look OK to a cheap cable tester but still have a problem?