I have a boiler + indirect water heater system. Above the boiler on the hot water outlet side there are a water expansion tank and an auto air vent and on the return side there is another auto air vent. Both vents are now continuously dripping (please see red circled areas in the pictures). What's the right course of diagnostics I should do?

[UPDATE] The boiler shows a feed pressure of 0 (with feed line open).. and the temperature was set at 195 F. I checked the expansion tank and there was no water gushing out. The tank pressure is 10.5 psi. Could it be that the pressure relief valve on the boiler is stuck closed which caused the air vents to leak? I was able to finally unstuck the relief valve, water starts to come out of the valve and the vents stopped leaking. However, if I keep the feed line open, the relief valve would keep draining. What situation am I dealing with?

[UPDATE] It is bad gauge. I bought a faucet type gauge and measured slightly less than 20 psi hot. Accordingly to a tech I talked with on the phone, the original problem was likely due to low boiler pressure (The automatic water feed valve likely was stuck) which caused the water to boil and broke both air vents. 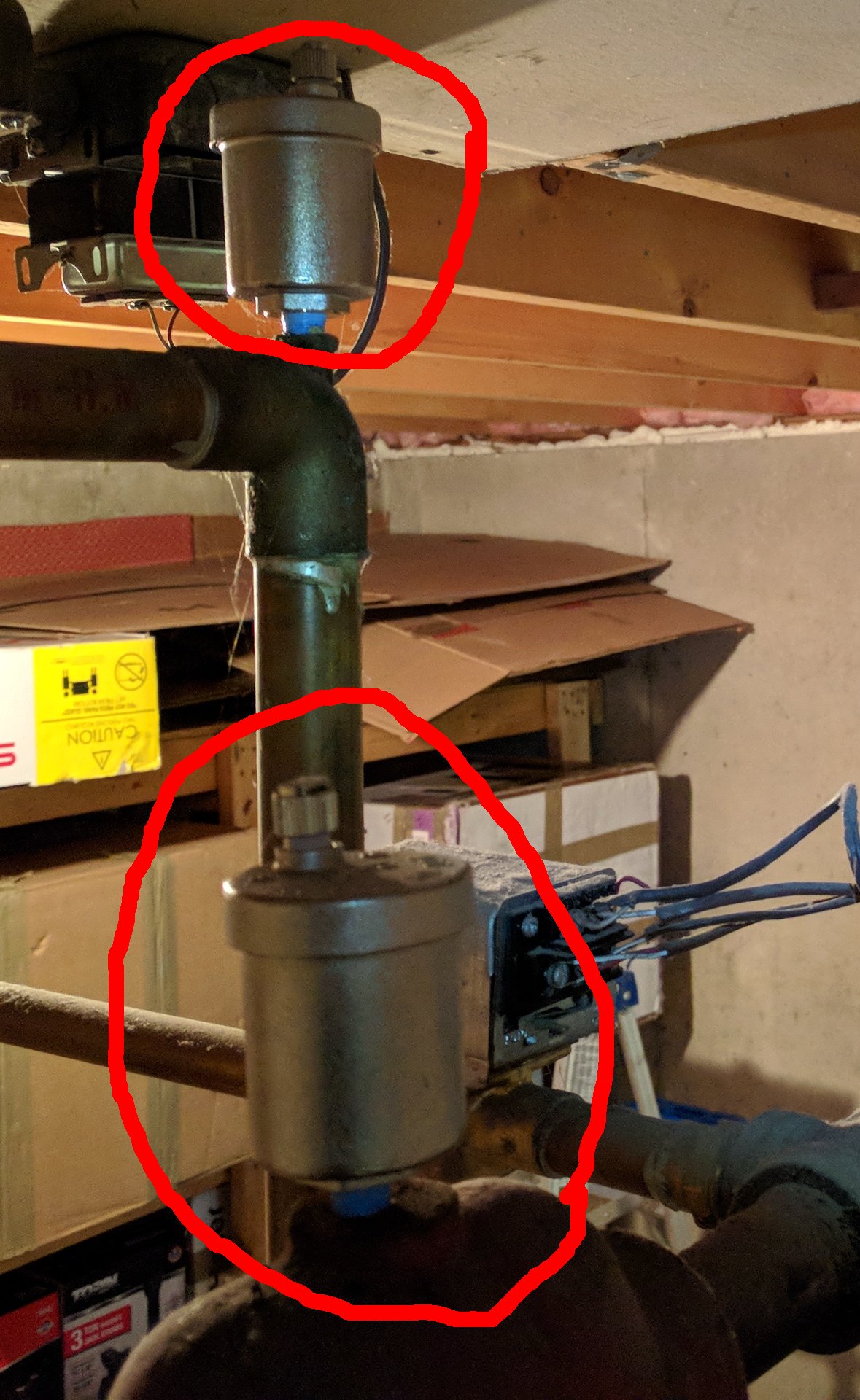 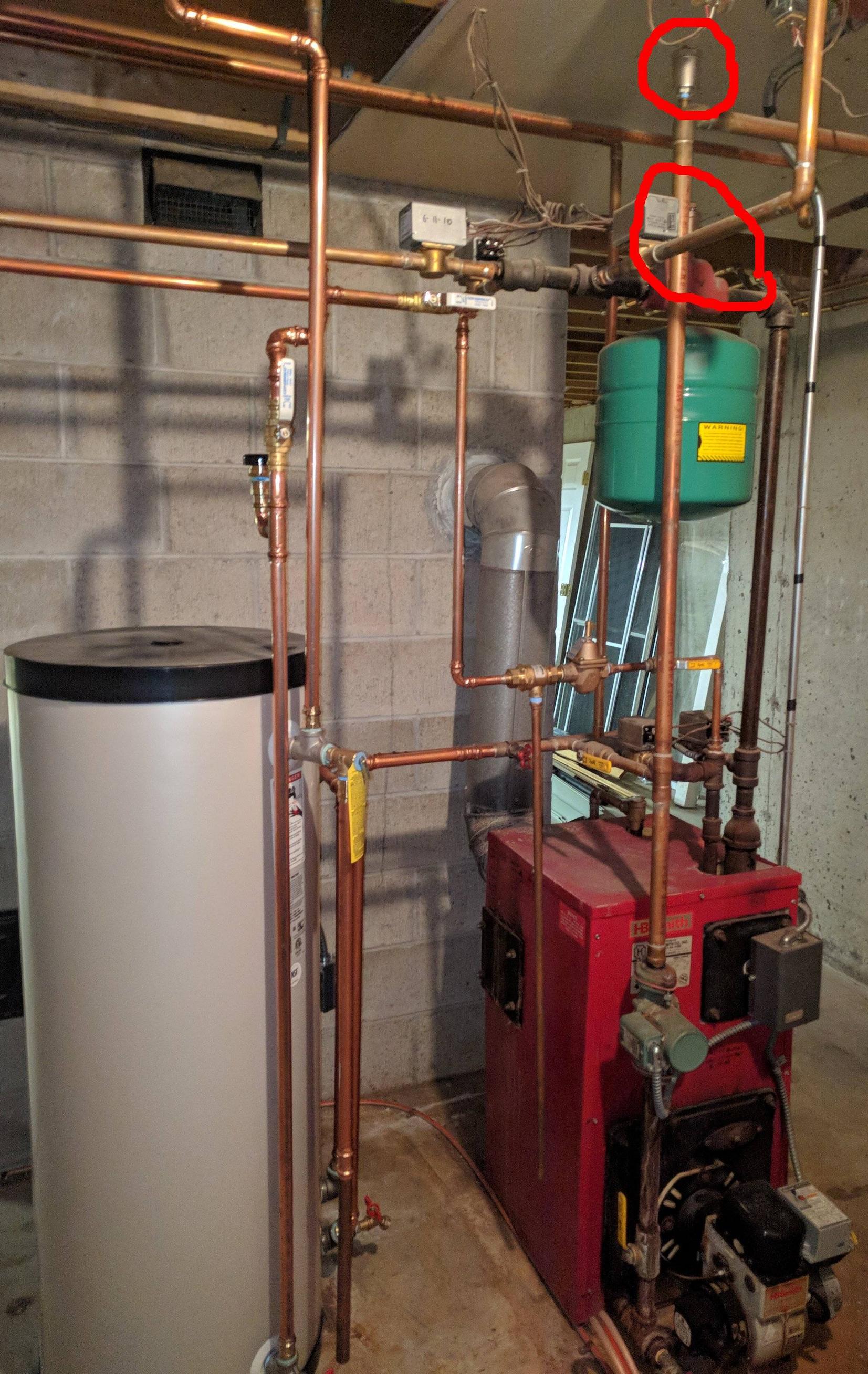 If it's dripping , it needs to be cleaned or replaced - when working correctly, it only vents air.

If your actual pressure relief valve is stuck, you need to fix/replace that, or have it fixed/replaced.

Most of the resources I found have expansion tanks and pressure relief valves installed on top of the water heater.

Because there's a vast swath of the country that has never heard of a hydronic boiler - they have hot air furnaces or heat pumps and gas or electric water heaters. So the water heater is the only place for an expansion tank or a pressure relief, and it doesn't need bleeders because the water flows through, rather than recirculating. Any bubbles go out the faucets.

The arrangement shown is dead standard for boilers - the casting in between the expansion tank and the air vent is called an "air scoop" and it's specifically designed to help get air out of solution and out the auto-vent. The other air vents are put on local high spots to catch any passing bubbles. There may be others out on the heating loops.

Not the answer you're looking for? Browse other questions tagged plumbing repair water-heater boiler or ask your own question.

1
Is my expansion tank leaking in my oil water heater system?
3
Why would my boiler expel steam when it's set at 180F
1
Boiler system shows different pressures
1
Replacing steel expansion tank with diaphragm expansion tank. Is location critical?
2
What is the Correct Hot Water Expansion Tank Pressure