How can I remove the pin from my fridge door bracket for reversal?

I recently purchased an LG Fridge (Model LRDCS2603S/00) and am attempting to reverse the door (so it opens from right to left instead of left to right). I have been following along in the manual how to do so and have come to a snag. When attempting to switch the center assembly hinge, I am unable to loosen the pin. The manual says

See the image of the step: 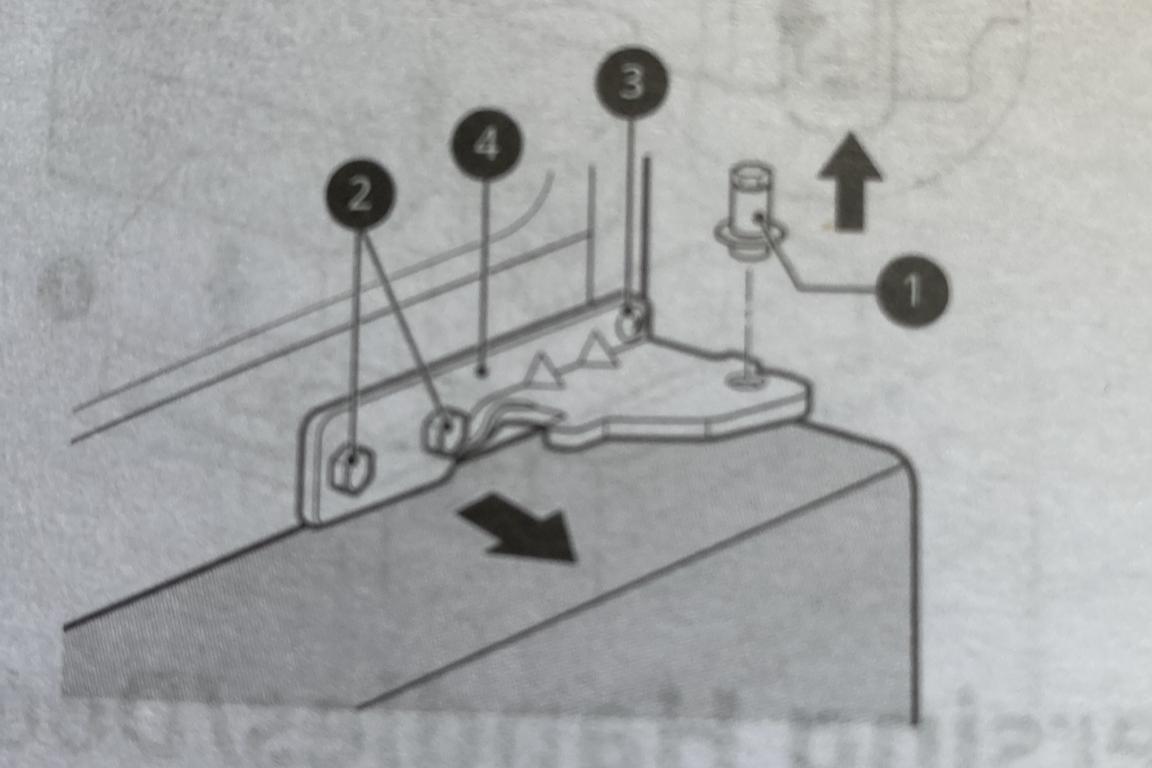 But when I attempt to do so, it doesn't budge at all - not even a turn or anything. I attempted a normal hex screwdriver, a socket wrench, and I even used my drill with 1/4 in. attachment - I ended up marring the pin head so bad it was no longer able to be grabbed with the wrench. I decided to purchase a new assembly thinking there was something wrong with my part, but the new one has the same issue. Here is an image of my new part:

Has anyone gotten past this issue before and have suggestions on how to proceed? I know links are frowned upon, but if it helps, here is the link to the refrigerator owner's manual and a youtube video showing how it is done.

As per requested by Criggie, here is a view from the underside: 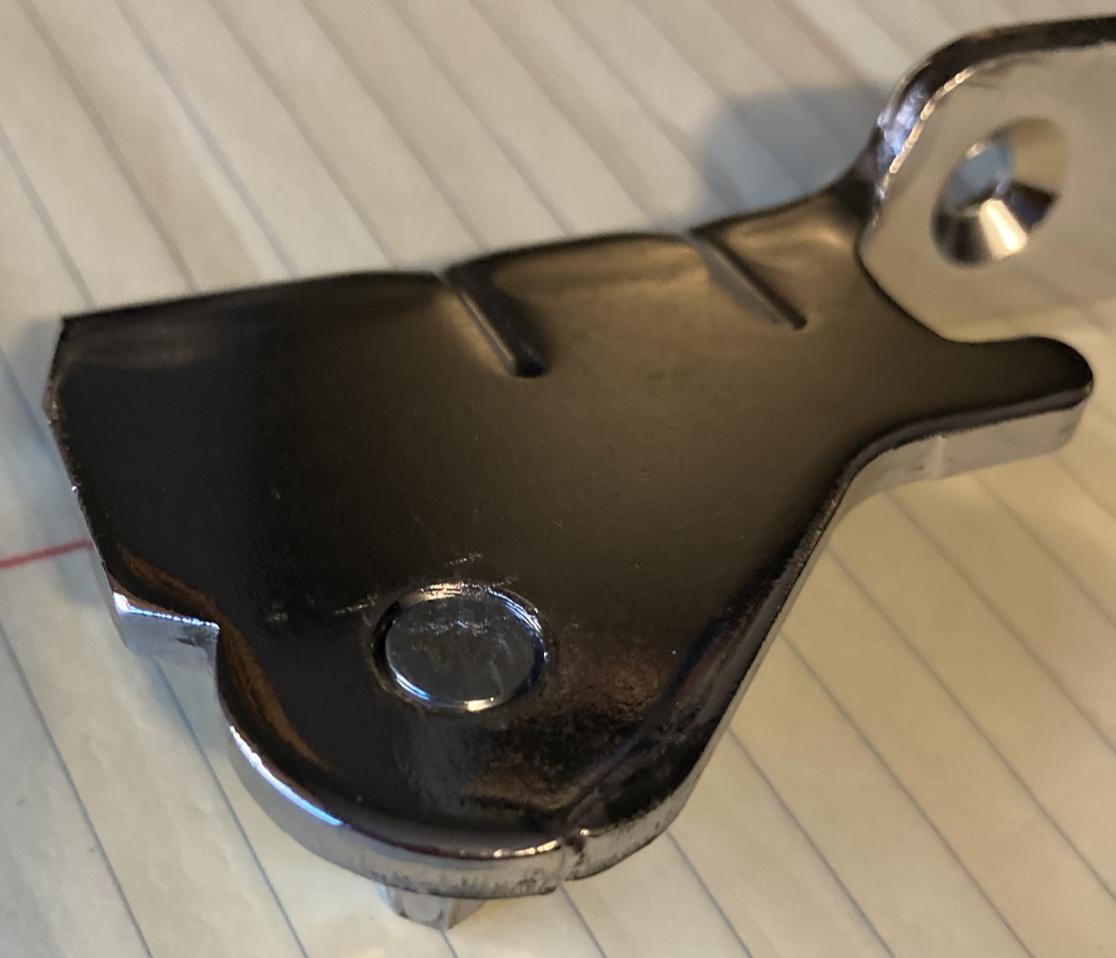 And a close up of the pin (the little marks around it are where I was trying to hit at it with a hammer and flathead): 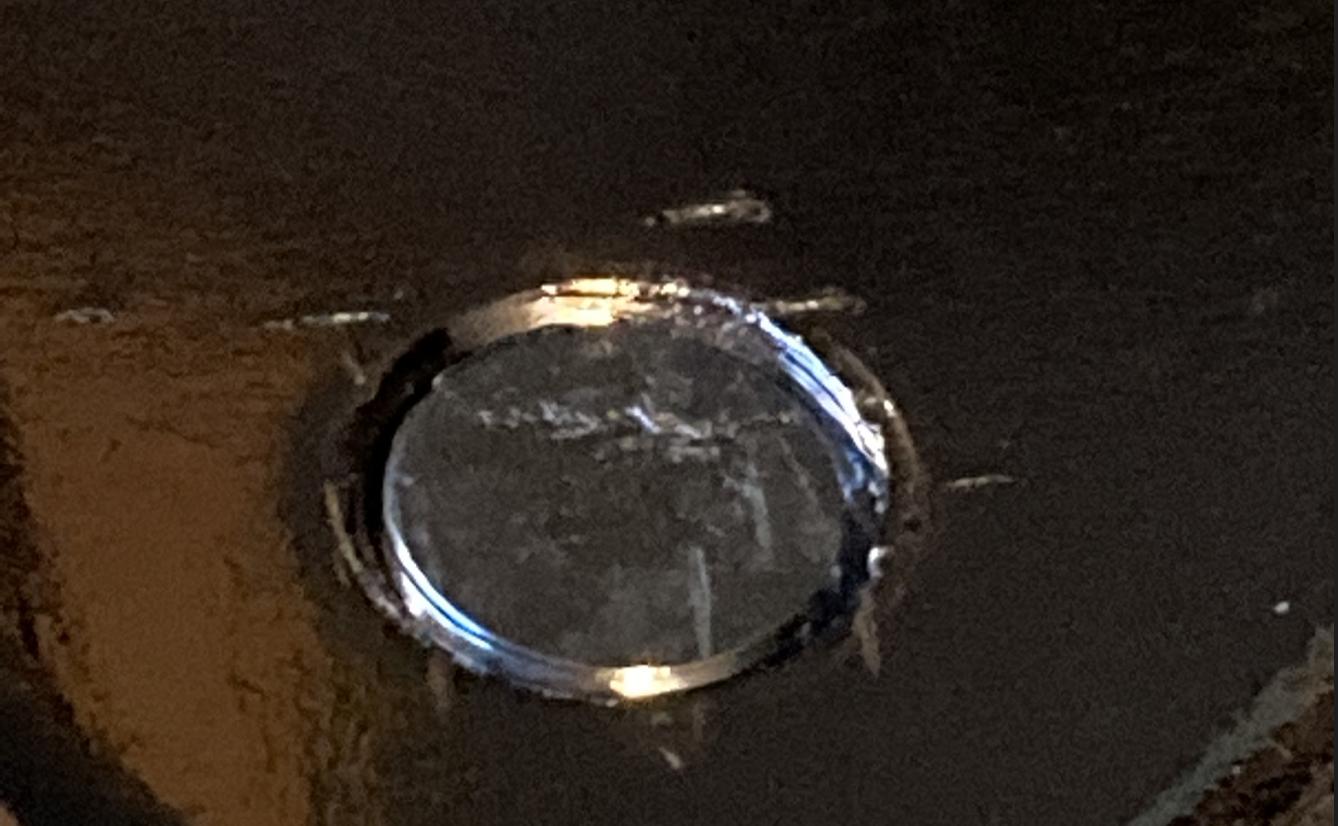 Based on this reddit post, you're not the only one to have this issue. The OP as well as a few commenters say they have had a stuck pin.

The general advice is to try some kind of penetrant, but that's normally for rusty/corroded fasteners and yours are new. A comment says that was not helpful.

The idea behind heat is that you cause the bracket to expand slightly and loosen its grip on the pin. If you heat the pin and bracket slowly at the same time, they will both expand and it might not be as effective. The idea is to heat the bracket relatively quickly so it expands more than the pin.

as you have two hinges above and under the door they both have a pin towards the door. possibly you can switch them around without changing the pin:

use the bottom left hinge at right top and top left at right bottom.

rotate the hinges according to the door:

0
Can't remove ice tray from GE french door fridge
3
How can I stop the icemaker on a GE fridge from overflowing water?
0
How to move my fridge for easier cleaning?
0
How can I move my fridge in and out faster for repairs?
5
How can I get the hinge pin out of the refrigerator door?
1
How to fix fridge door foam
1
How do I remove the light cover from an Indesit I55VM 1110 W Fridge