How to determine if a light bulb is compatible with a lamp?

All my life I was laboring under the misconception that if a bulb fits in a socket, it will also work well.

Recently, a line lamp in our bathroom stopped working, so I bought a brand new LED line lamp bulb. The new bulb entered the socket with a nice clean "click", but it does not work. I push the button and nothing happens.

Could it be, that the light bulb is incompatible with the lamp? Wouldn't a light bulb with lower consumption just happily take less energy from the grid? Could a difference of 20V cause a light bulb not to work at all? Are the inscriptions on the lamp lower boundaries, or do they need to be satisfied exactly?

EDIT Marking on the old light tube. The last word seems to be C4b8. 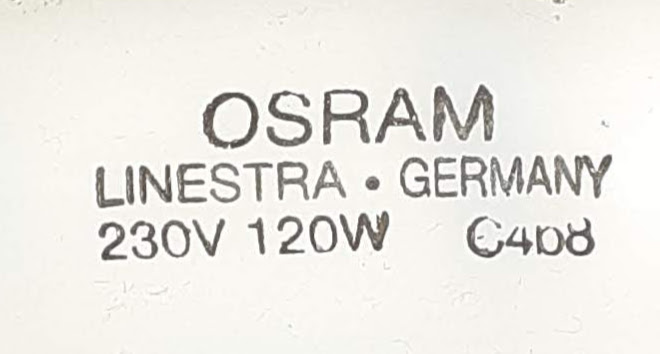 Old tube on the left, New on the right 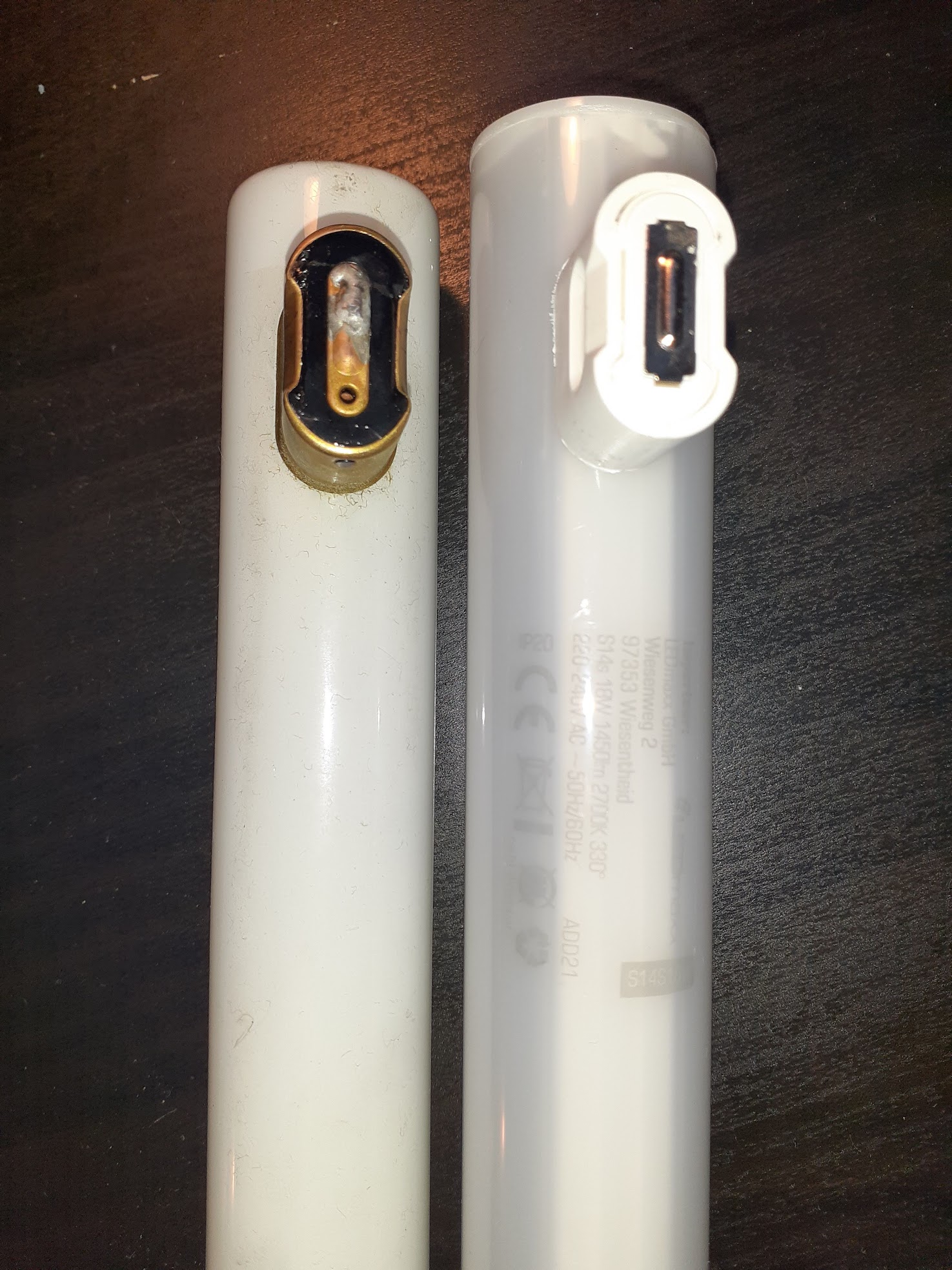 Those LED replacement bulbs are not a drop-in replacement for TL tubes. You will need to do a bit of rewire to the fixture to take the starter out of the picture.

If you are uncomfortable with that then you can replace the entire fixture instead. You might want to pick a safer alternative than these which have a finger wide recess into live connectors.

All my life I was laboring under the misconception that if a bulb fits in a socket, it will also work well.

Then you have the (granted, more of a North American thing) T8 fluorescent conversions, where the efficient T8 was form-factored specifically to fit in T12 sockets (for conversions). Yet is electrically different.

Ratchet freak has the tiger by the tail. Had you bought an actual discharge light tube for this, then it would have worked. Any discharge light (fluorescent, neon, HID) does not run on mains directly. It has a ballast which re-factors the power to what will correctly drive the tube.

See, you think of electric devices as things that want a constant voltage, and then "sip" just as much current as they need, self-limiting current. That's not true either, it's an artifice that was created to make power distribution easier. Loads often want a constant current, i.e. they don't want to be self-limiting. Discharge tubes are at the top of that list, boy Howdy! And that's why they need ballasts.

LEDs running at peak performance are also members of that club, but they work differently enough that using the existing ballast is not workable. Now, we enter the wild, wild world of LED conversions, which you did when you chose to buy an LED substitute.

So you need to (retroactively) select accordingly.

* This was a big part of Edison's problem finding a workable light bulb. Many more things could have worked in constant-current mode. However that was anathema to Edison, since it was impossible in DC power without a rotary machine. And once you have constant-current available, you might as well run discharge lighting, as Tesla did.

Not the answer you're looking for? Browse other questions tagged electrical lighting light-fixture voltage or ask your own question.

1
What is causing a replacement ceiling fan light to flicker?
16
Why won't a LED bulb work in a standard light fixture?
2
Adapter socket works and doesn't works
1
Power issues with old fluorescent lamp
1
Choosing a Switch Based on Amperage
1
Two socket fluorescent lamp OFF switch hot / not working with single bulb
0
Certain light bulbs not working in fixture
0
Why does 36W LED bulb not light up?
0
Outlet attached to dimmer doesn't turn off completely