Hi I have bought an almost new Indesit Indesit I55VM 1110 W UK Fridge. Unfortunately the light isn't working. I can't work out how to get the light cover off to try to replace the bulb. It looks different to the manual and haven't been able to remove it despite much fiddling and pressing of the top/sides etc.

The manual shows a different looking light cover and it's advice hasn't helped. Indesit support say they can't provide any more information than what's in the manual.

Can anyone please help? Maybe this is the LED model but I'm not sure how I'd work that out?

I also tried popping off the screw caps (only the front cap on mine had a screw under - back two are redundant) and unscrewed the light unit so it swung away from side of fridge. Looks like I could possibly replace the whole unit if I had to, but swinging it out it didn't seem offer any additional ways to remove the light cover. 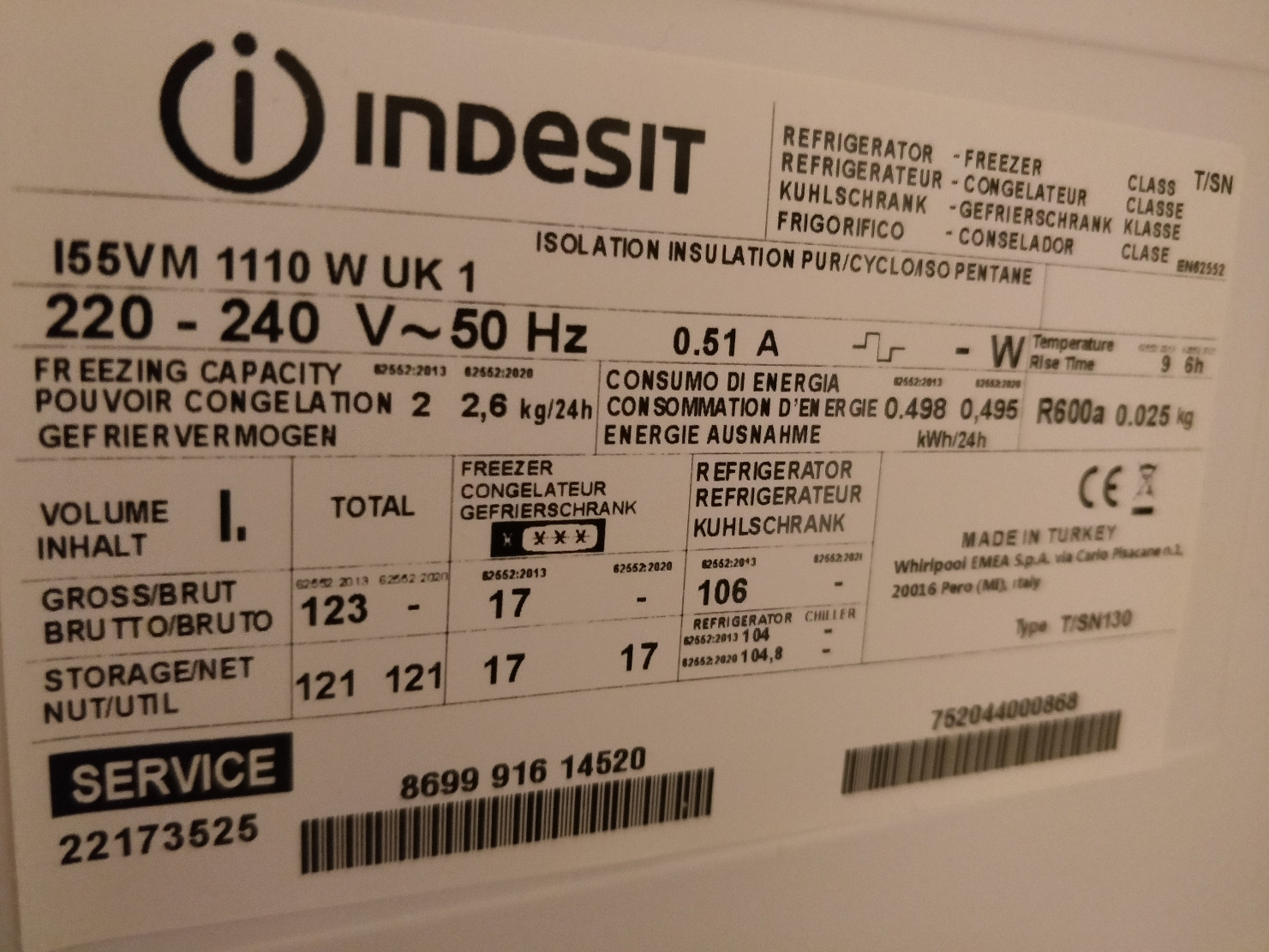 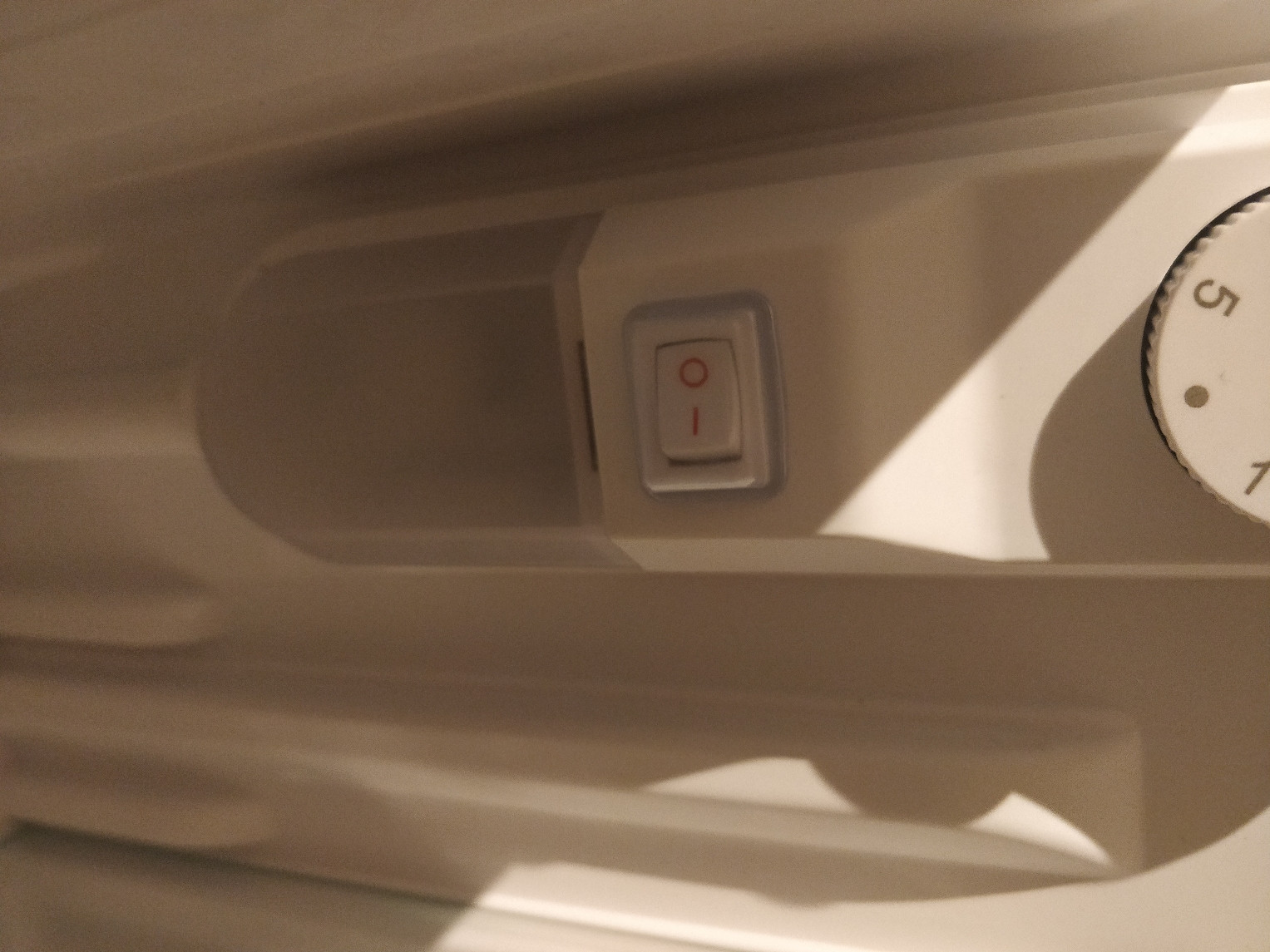 According to the instructions in the image you posted:

Step 2 is to remove the light cover by releasing the claw with a screwdriver. (See green box & green arrow). That green arrow points to the little, bitty claw that you need to push down to release the catch.

However, your cover does not have the slots in it like the cover in the picture, nor does it have the "Max 5 W" lettering that appears in the picture. Since those slots are to let the heat from an incandescent bulb escape, and you don't have them, it's likely that your fridge has the LED lighting option. The instructions for replacing the LED lighting are highlighted in red in that picture above.

It's likely that only "authorized personnel" are allowed to replace the LEDs because:

Do note: If the fridge is "almost new", Indesit might be willing to replace the light under warranty even though you're not the original purchaser and the warranty might not be transferable. It's certainly worth asking - the part itself is probably cheap, but the service call to replace it probably isn't.

Additionally: I just noticed that there appears to be a slot on the squared edge of the light cover, closest to the on/off switch. I'd imagine that a screwdriver, gently pushed into that slot and gently twisted would pop the cover off.

I also notice that the on/off switch is off. Since it never hurts to double check the obvious: You have turned the switch on, right?

Not the answer you're looking for? Browse other questions tagged repair refrigerator appliances or ask your own question.

0
Can't remove ice tray from GE french door fridge
1
Repairing dimmer switch
2
How to remove broken light protector/cover from inside oven?
2
How to remove ice maker from Miele / Liebherr freezer?
0
How can I remove the service cover on my refrigerator when the process stub is in the way?
1
How to fix acidic smell from fridge/freezer?
1
Water line won't stay connected to aftermarket freezer port
0
Trying to remove a bar sink faucet and we have nothing to unscrew to be able to remove it
6
How can I remove the pin from my fridge door bracket for reversal?