The issue is that water is dripping onto ceiling tiles. 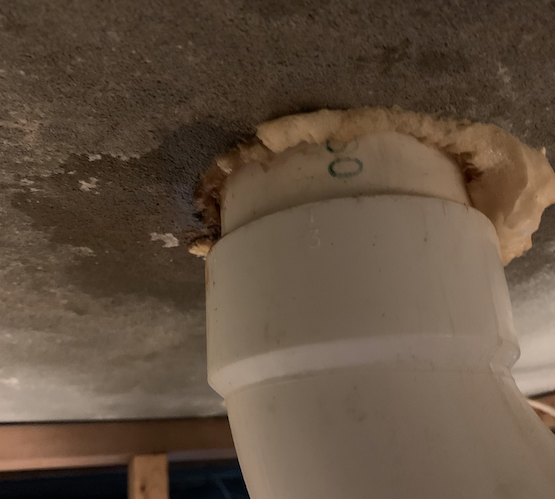 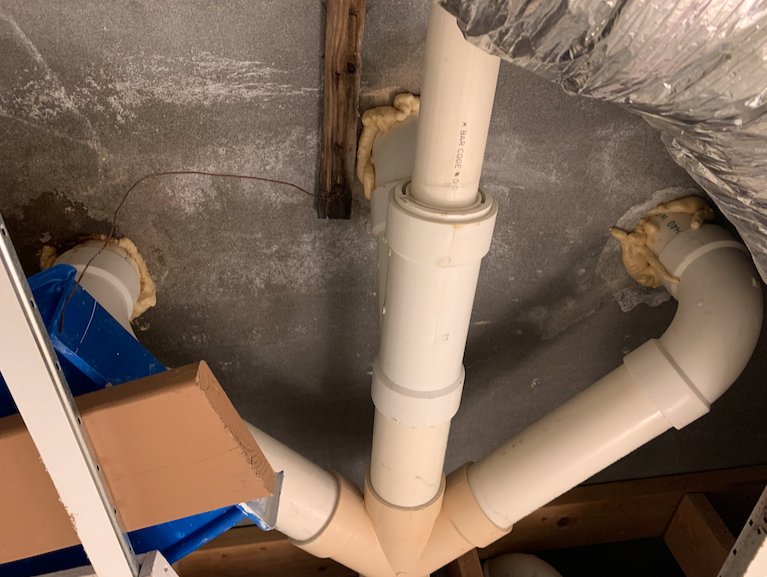 The blue pan is placed underneath the leak to collect the water.

There are 2 other very similar pipes that pass through the concrete ceiling, which are not leaking. There are two bathrooms in the apartment above and it would not surprise me if these three pipes are drains for either sinks or toilets.

Is there a clever technique that can identify exactly the exact leak of the pipe? Preferably without breaking any concrete.

Yeah, those side branches do look like they could serve toilets. It seems quite unlikely the repair would involve breaking any concrete though.

Somebody will have to gain access to the space above to find out how the water came to be on the top side of the concrete. Supposing there's a toilet up there, I'll guess the toilet needs to be removed from the floor and the wax ring or gasket replaced.

Not the answer you're looking for? Browse other questions tagged plumbing leak or ask your own question.

2
How to stop a leak of water through a concrete floor
1
What could cause my water tank to leak only when I turn off the main water supply?
1
How can I temporarily stop a bathroom water leak?
0
How to fix a sewer pipe leak in a prefab concrete floor
1
Shower Plumbing or Concrete pan
2
Unusual tub leak
0
Drip leak on ceiling right above toilet. Can't nail down the source
1
Leaking gutter down pipe/elbow junction