How do I remove a newer Schlage lever bathroom door knob

I’ve been trying to remove a newer schlage lever style bathroom door knob for the past hour without success. Both knobs came off after pressing a pin in the small hole on the side of each knob. How is the rest of the latch mechanism removed? I tried pushing, pulling and turning but nothing has worked. 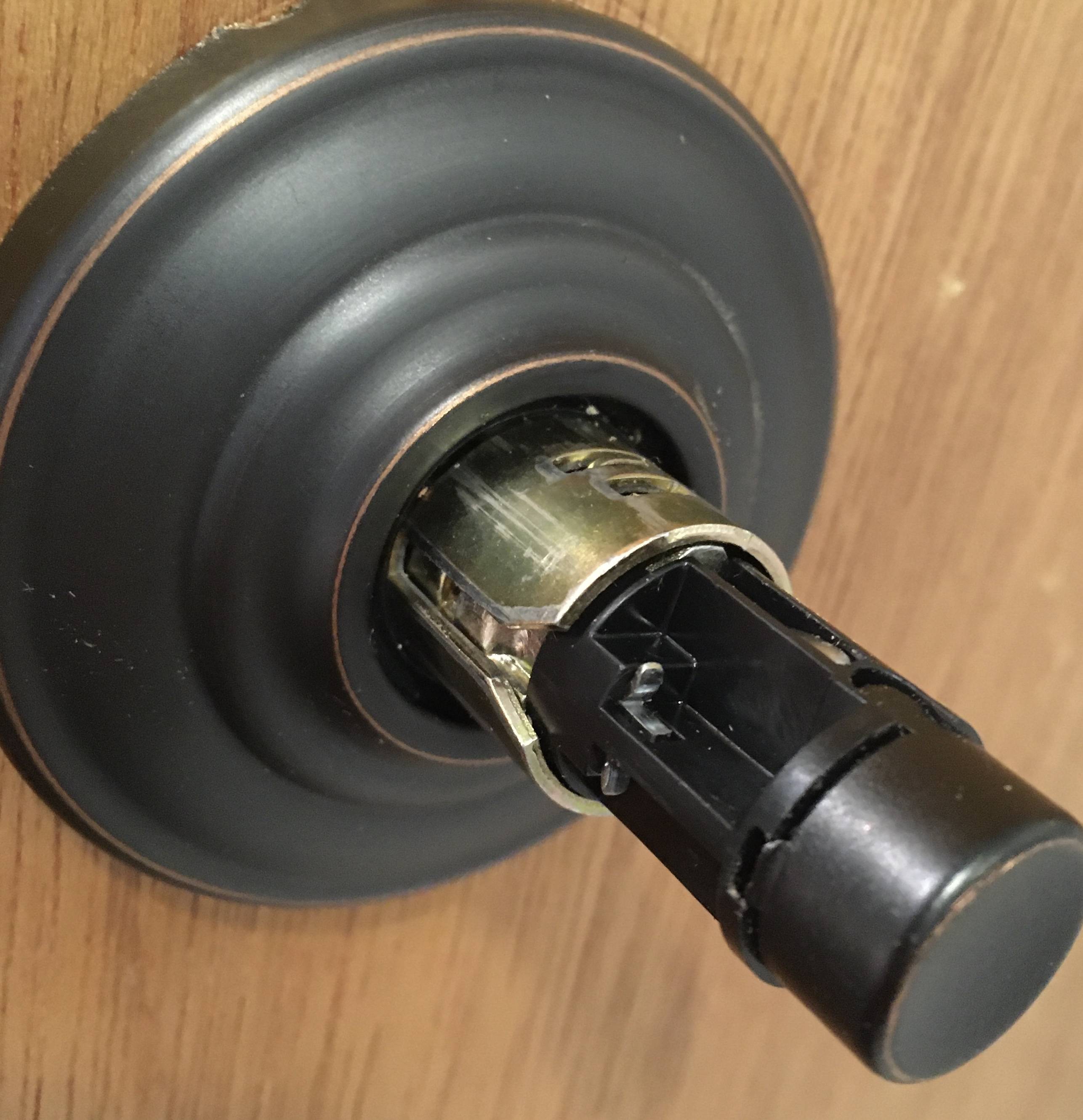 Bingo! The rose was press-fitted on the hidden plate with the two screws. It was easily pried off with a small flat head screwdriver as described by “that it guy” who included the Schlage instructions. Thanks!

The ring flat on the door is called the "rose". The one on the "inside" side of the door typically conceals the screws. (That's the side with the lock tab/button, or for entrance levers the side that doesn't have the key.) It's usually press-fitted onto a component screwed in place. It looks like there is a small slot near the top of your picture. Use a small flat screwdriver or similar tool and carefully pry that away from the door. (It shouldn't be on very tight; be careful you don't scratch or dent the door or the lock if you intend to reuse it.)

I found Schlage's installation instructions for the typical residential levers and knobs:

There should be a small slot in the cover plate shown in your picture. It can be removed with a small screwdriver by twisting the screwdriver in the slot. That will expose a mounting bracket with screws than can be removed and the latch mech. can then be pulled out.