How much weight can my garage beams carry?

I have a bed rack and tent on the bed of my pickup truck that I‘d like to get on and off easily. I am thinking of purchasing a hoist system for my garage: https://garagesmart.com/products/truck-top-lifter

I expect rack + tent to weigh around 250lbs, the system above is rated for 400lbs. But I‘m a bit worried weather my 2x4 beams can carry that load.

How can I estimate how much weight I can safely add to my garage beams? Will those have enough bending strength? 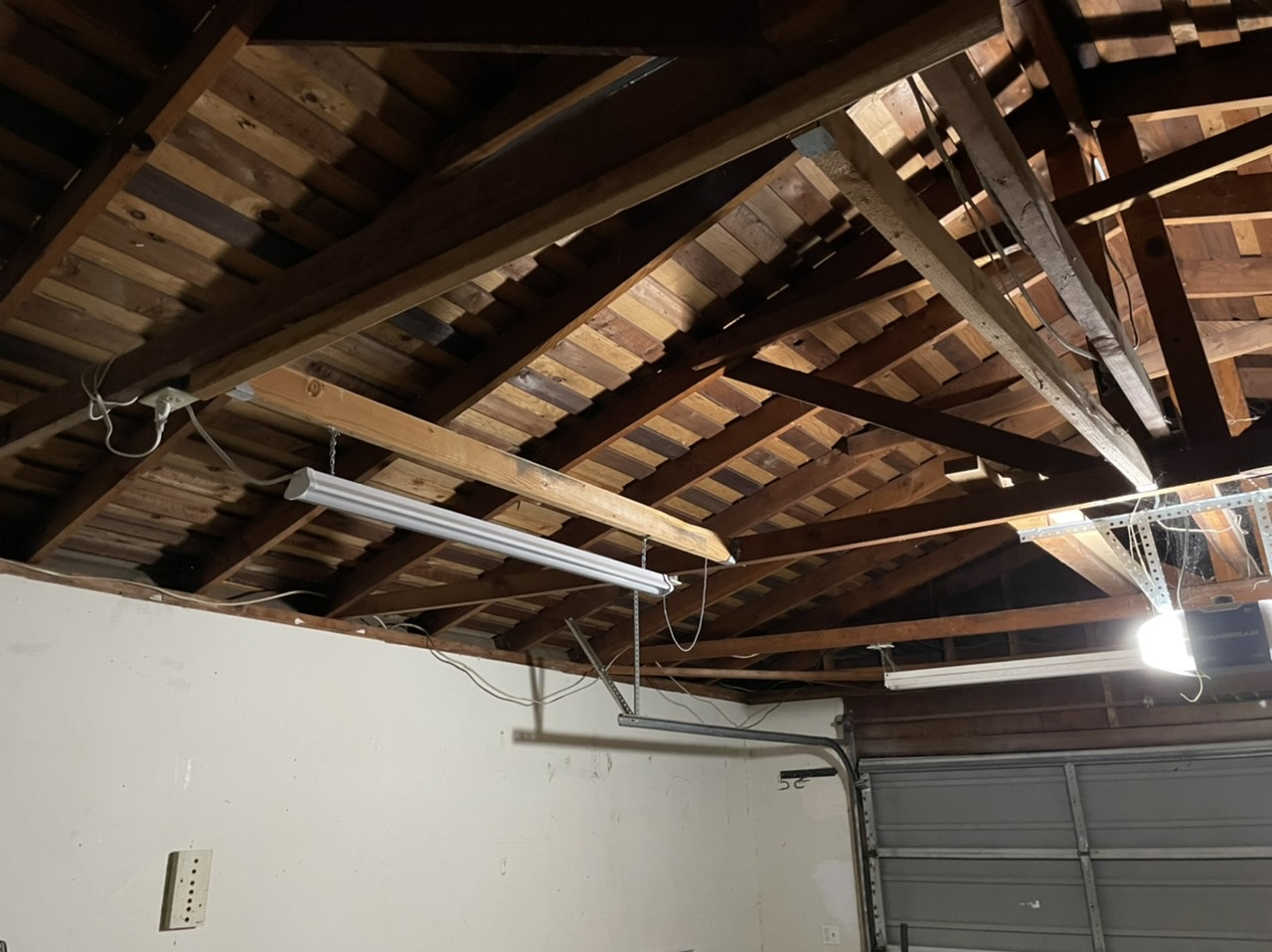 This is how I solved it. I know next to nothing about how to determine how much weight a given wood beam can carry, which depends on age/condition, wood type, length/strength, weight it is already carrying, mounting setup, etc.

Given these many variables, here is how I still determined whether I think it is safe to carry the load.

Disclaimer: It is not the most scientific method and not necessarily accurate. But I think it gives a good first idea where the limits are.

I weigh about 200lbs. I did a slow pull up with my own body weight on one of the beams, listening to any noises and see how much it bends. The beam started to bend slightly and making some slight bending creaks at around half of my weight (~100lbs)

My interpretation was that I shouldn't go beyond 100lbs per beam, or 200lbs for two beams. So I disregarded the idea to mount my tent along with my bedrack, which would be 250lbs.

Instead, I decided to just lift up the tent (~130lbs), without the rack. This would be around 65lbs per beam, being well below the limit when the beam starts to bend or show any bend creaking.

I also decided to not go with an expensive hoisting system ($1000+). Two ratchet straps and four pipe metal straps (all in all under $50) are doing the job just fine. 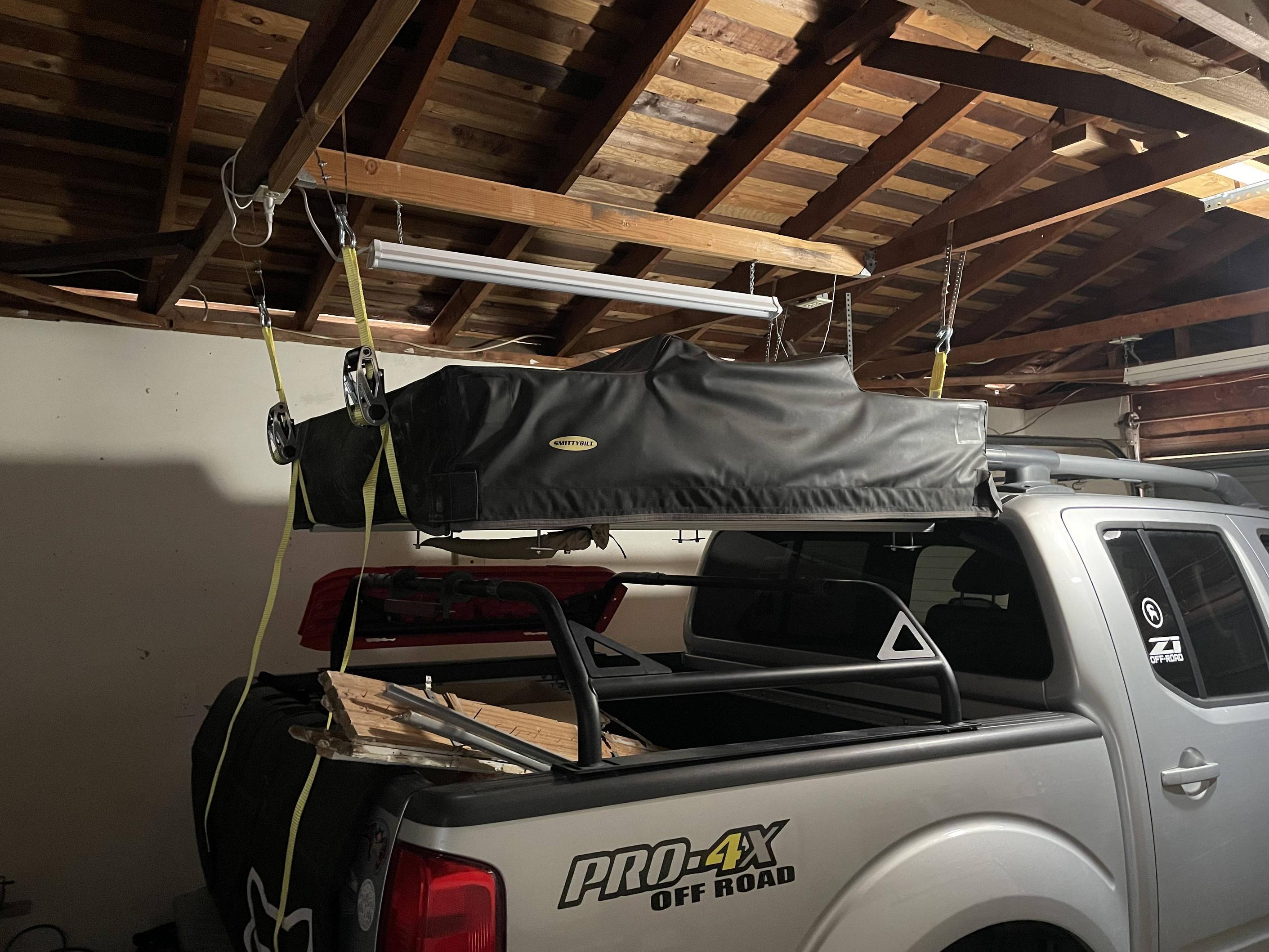