How do I fix a loud intake vent?

In the master bedroom, there is one of four intake vents in the house, and this particular one is very loud.

Our house has two vertical air shafts that run parallel to each other, one for supply and one for return. The intake in the master bedroom is connected directly to the return shaft - no duct between it and the shaft. Directly behind the vent is a 3-story drop straight down into the air handler.

I have held a piece of paper next to the offending intake and the paper gets drawn strongly against it.

I tried this on the middle floor as well, as its intake is the largest but still right on the return shaft. Similar effect, but not quite as strong. This vent is also somewhat loud, but not as loud as the master bedroom one.

I then tried the paper on the intake directly outside my room, which has a long duct connecting it to the return shaft. Not nearly as much suction as the one in the master bedroom.

I did the same thing on the basement return, which is the smallest of them all. That one had more suction than the top floor hallway one, but nowhere near as much as the middle or master bedroom intakes. 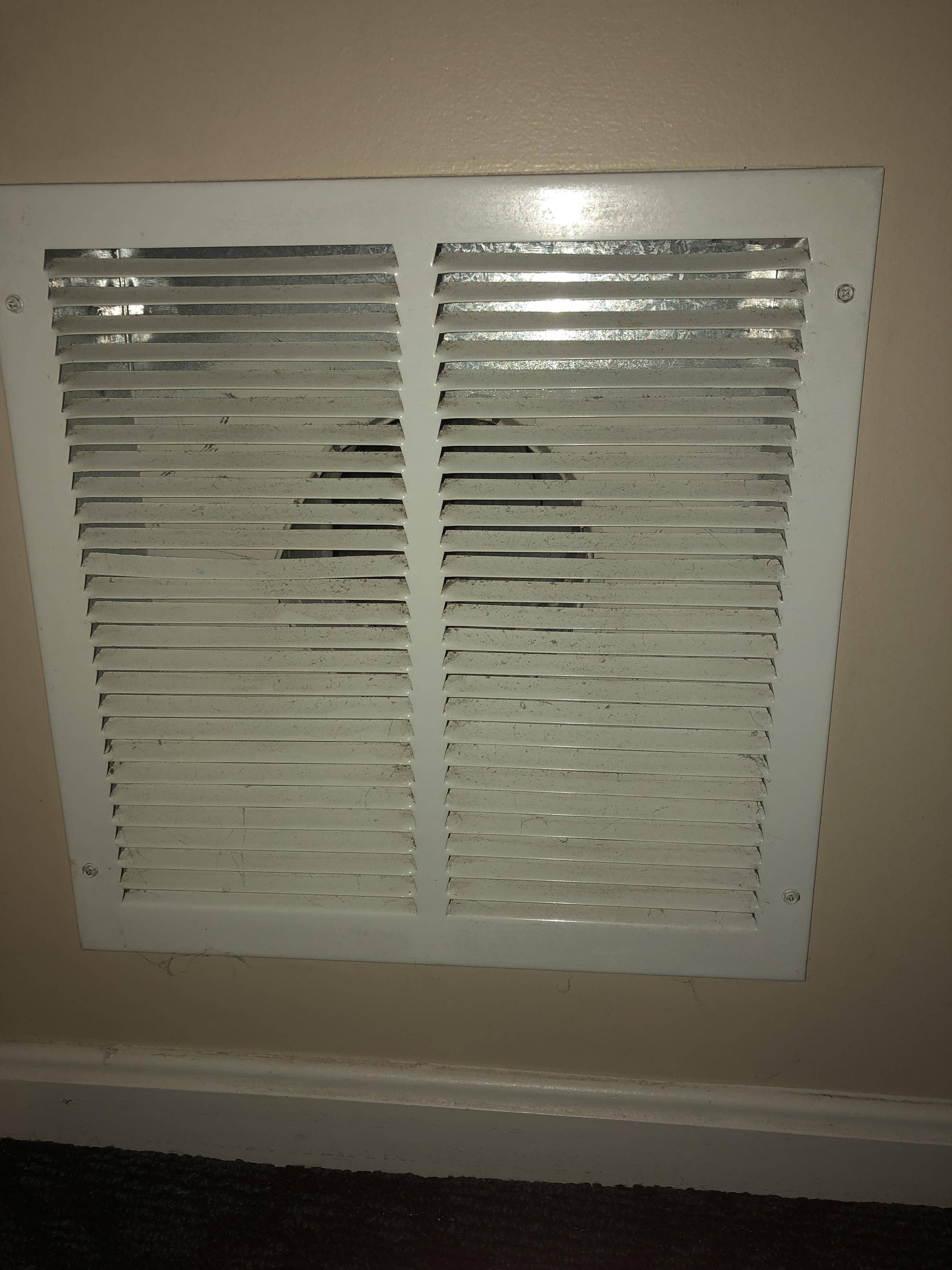 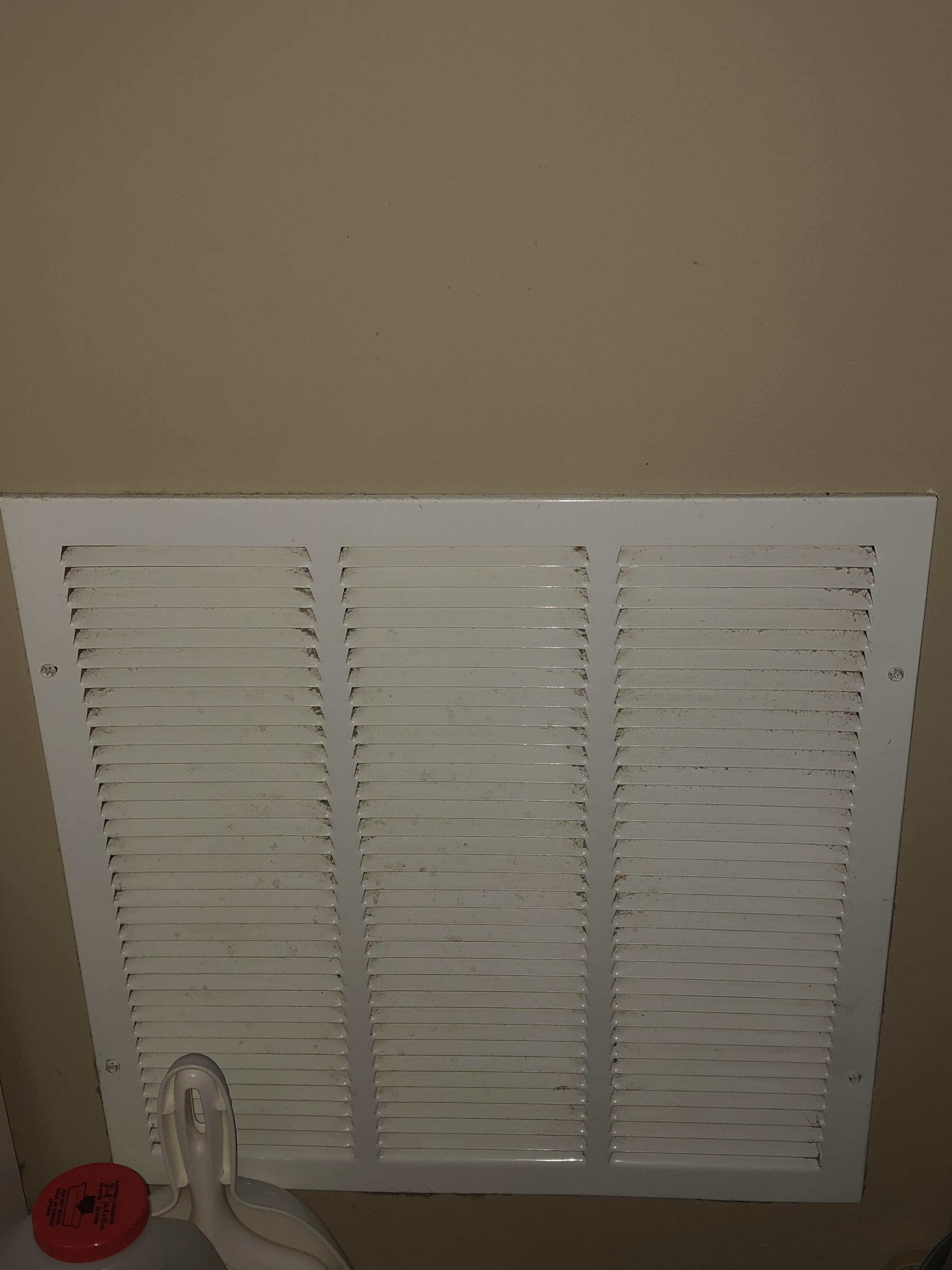 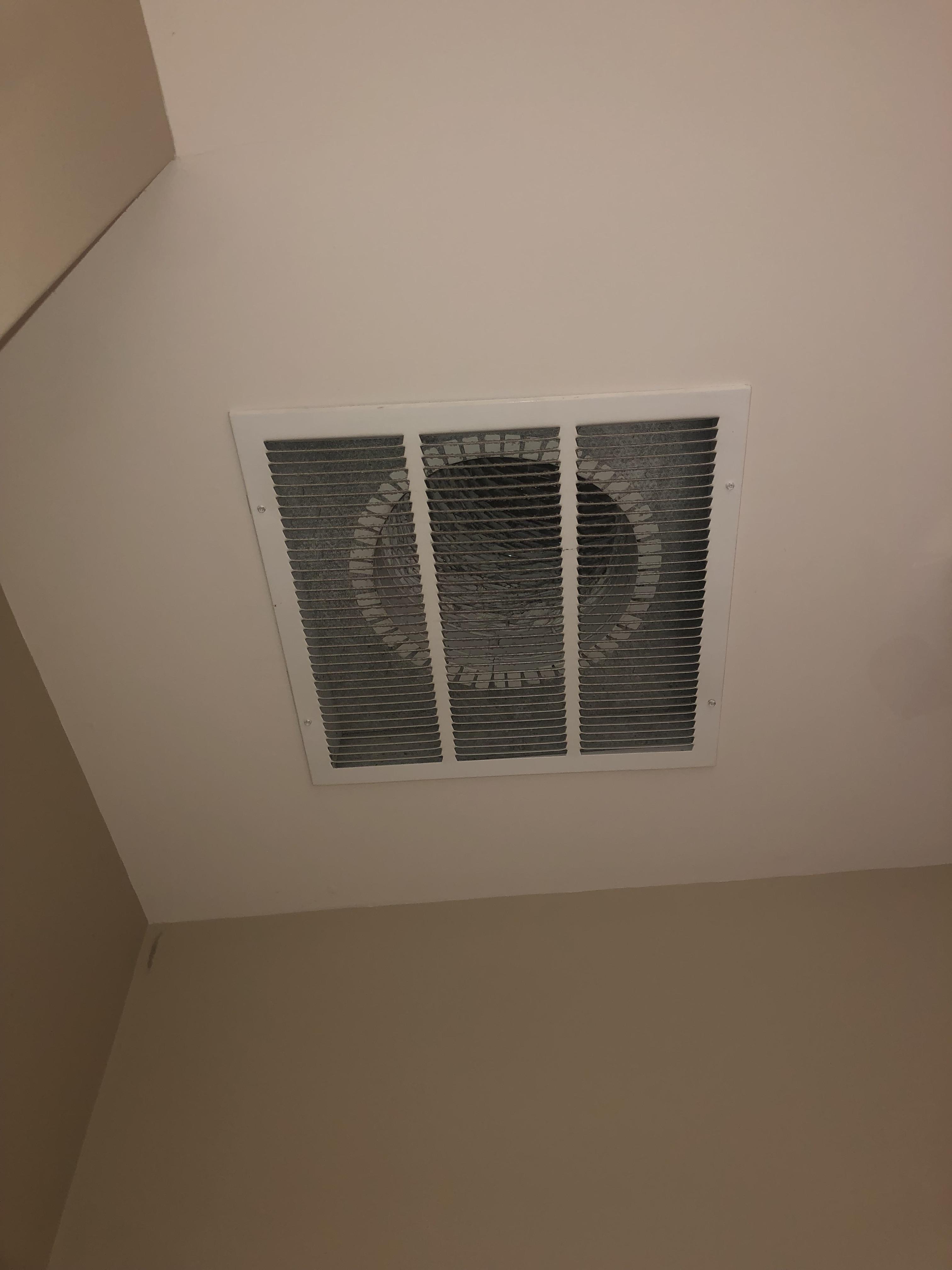 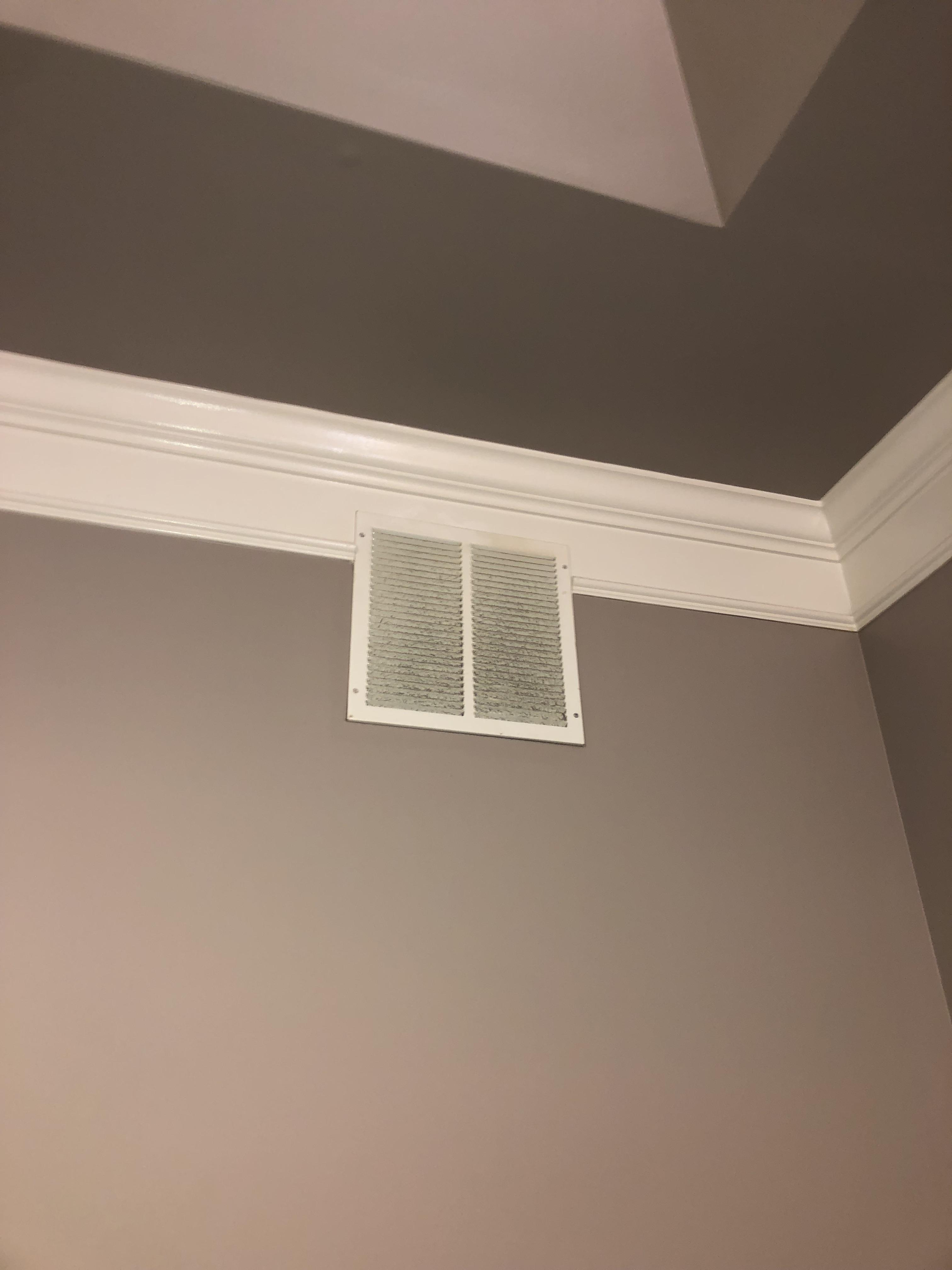 Here's where the two vertical shafts connect to the air handler in the basement: 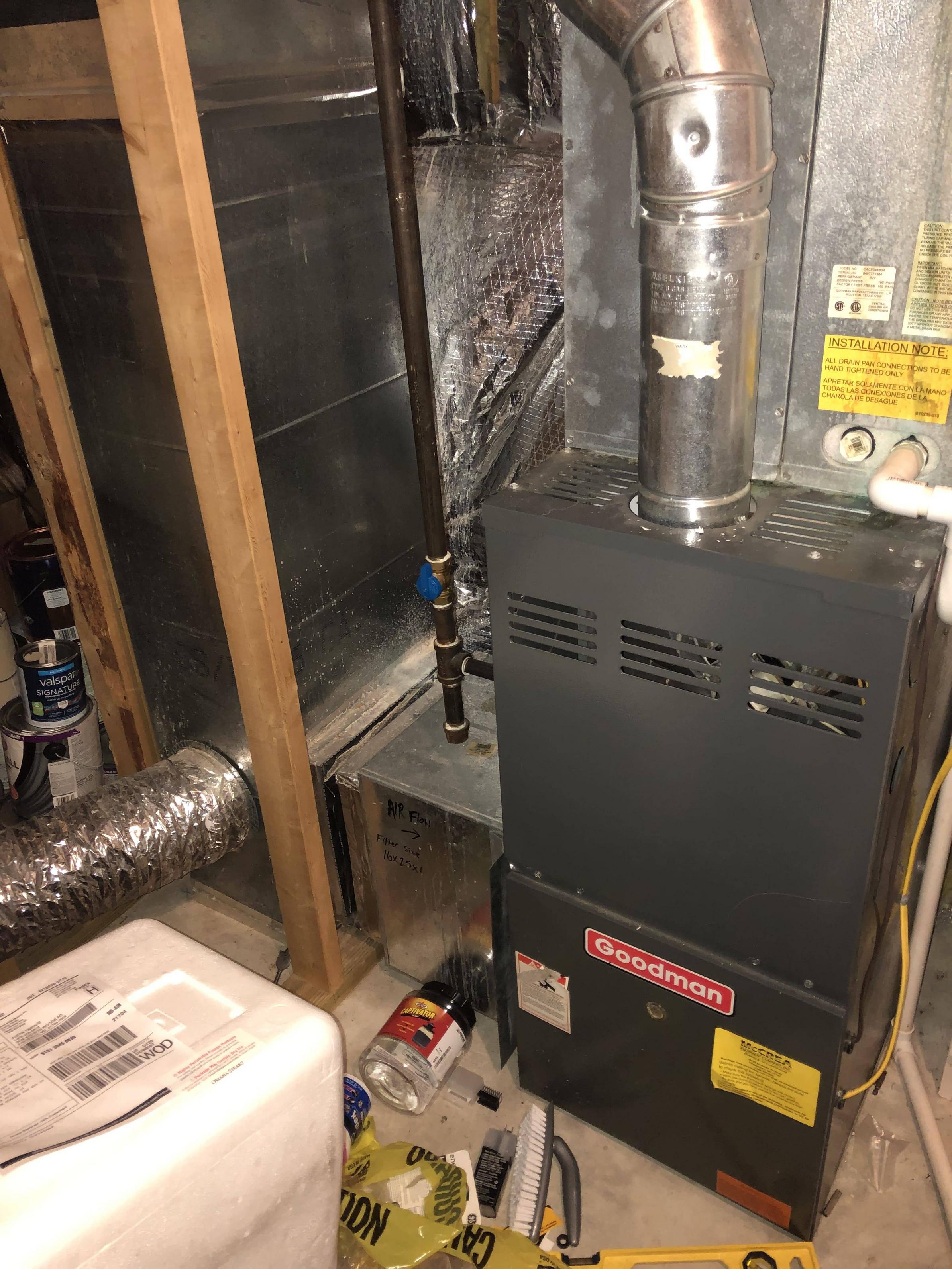 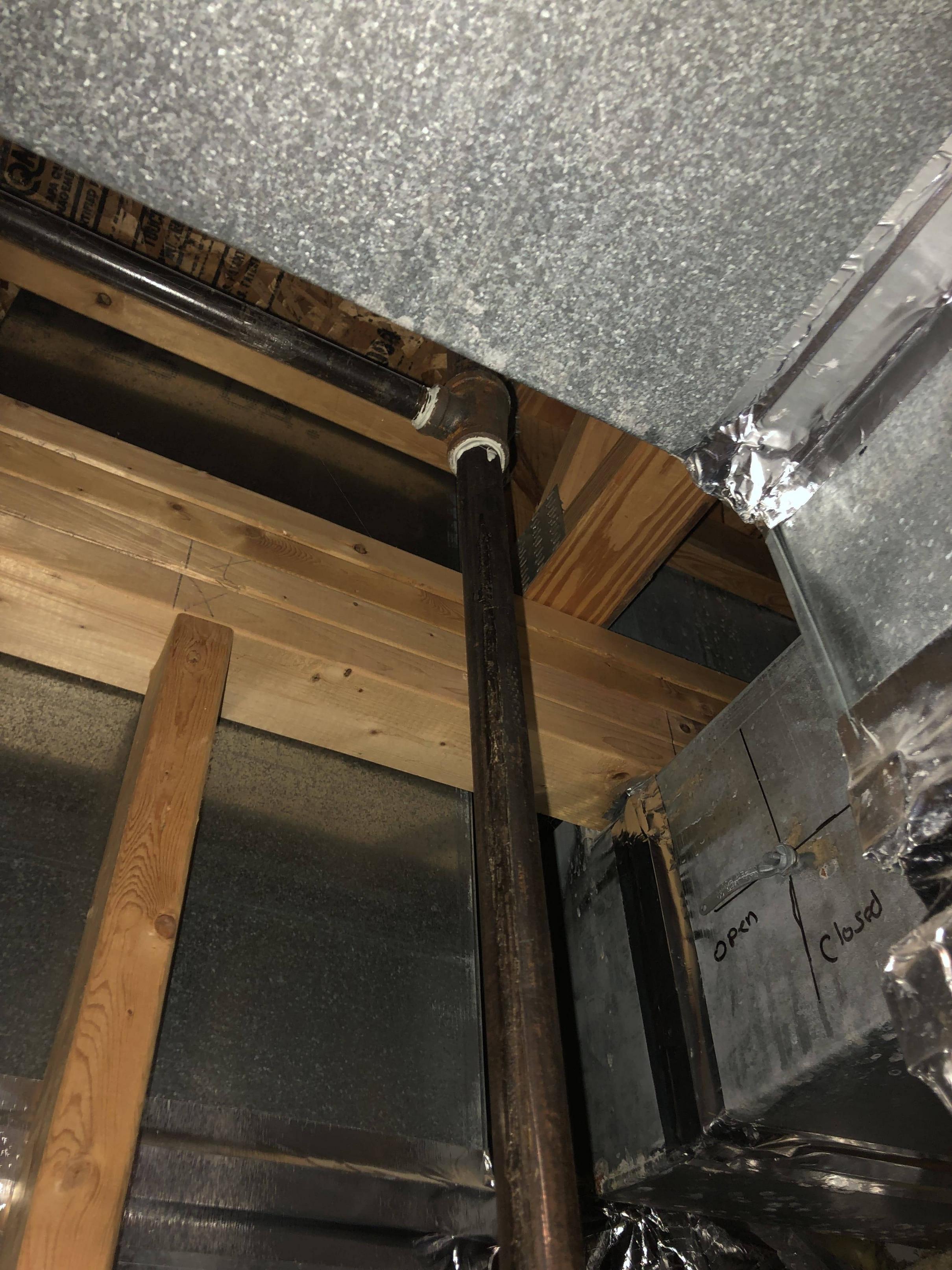 How can I make the vent quieter? Also, how can I give the one in the hallway more suction?

Here's a not very professionally made diagram of what the vents are like: 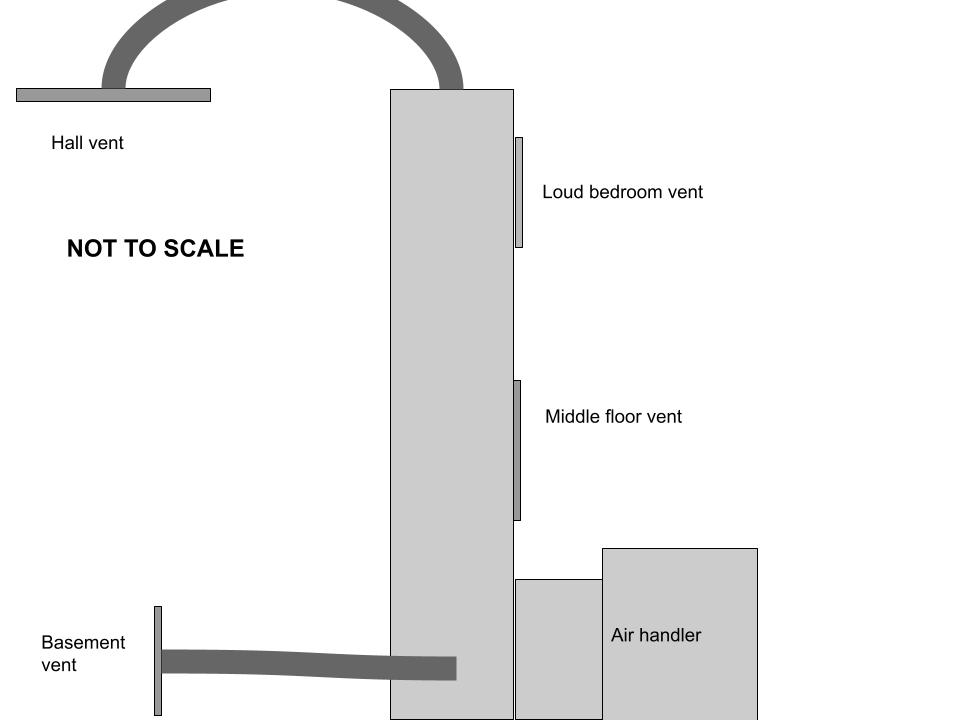 EDIT: The sound is an air rushing sound, not whistling or any other noise. Either that or it could be the sound of the fan.

In this case “size matters”. (Sorry, but I couldn’t wait to use that phrase.)

Your 4 ton unit pushes a certain amount of air to various spaces. Therefore, that air must come from somewhere, so the unit will draw sufficient air through the existing ductwork.

There are many factors that go into determining the size of the return air ductwork, including number of elbows, register sizes, inline filters, etc. However, be aware it’s based on ductwork from the unit all the way to the registers.

Not the answer you're looking for? Browse other questions tagged hvac air-conditioning ducts central-air noise-reduction or ask your own question.

0
One room is always the hottest in the house

4
Can I reduce static pressure in one room by adding a vent to an adjoining room?
1
How to maintain temp for always cold office in finished Basement
0
Quieting cold air return vent
1
Is my HVAC system unbalanced?
3
How to address loud cold air return
0
High humidity in an unused, air-conditioned, finished basement; dehumidifier?
0
Adding a return vent to a hot office
0
Redirecting cold air from a floor-vent to ceiling
1
Return air balancing