Why might this old BX cable have a red conductor connected to switch's ground terminal?

This light switch broke. (Plastic paddle physically broke and fell off). It is a Decora switch, and behind it I found an old BX cable. The armor is clamped securely to a metal box and a red anti-short bushing is present where the armor was cut. The cable has three conductors, insulated with rubber and red,black,white cloth. The red is connected to the ground terminal on this light switch. 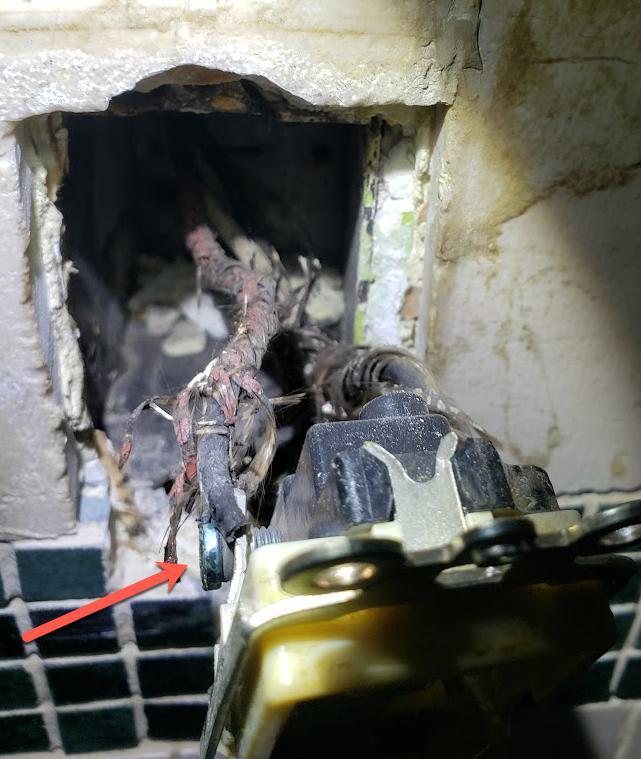 The question is to anyone with experience wiring or rewiring during the 1950s, 60s, 70s, 80s .... when BX was still used and Decora switches were also in use. Why would a three-wire conductor be run to this light switch (it is not a three-way switch), why would one of them be red, and why would that be connected to ground? Was there some common practice of using a cable this way?

Should I cap off the red conductor with a wire nut or connect it to the ground terminal of my replacement switch as it was with the old one?

I realize this is not common and there is no obvious answer. I'm looking for some "wisdom" from anyone who's seen anything like this.

There will be continuity between red and the metal box, once you install the switch into the box.

So it's possible someone is doing something weird, like using the red as neutral and letting it path to the panel's neutral via the grounding system.

However, I note two things. First, insofar as Photoshop's "Levels" function will reveal, there is only 1 cable coming into this box, so it is absolutely, positively a switch loop. Its only possible destination is one of the lights or fans it controls, unless there is an intermediate box somewhere which has been "buried", and it's illegal to "bury" boxes. All wires must terminate in boxes, and all boxes must be accessible without removing any of the building's finish materials.

Second, I note the wall staining and tiles. I would guess this is a bathroom. Bathrooms are very often installed with 3-wire+ground cable between switch and light/fan. This is to allow separate control of the light and fan using a dual switch.

So I would investigate any light and fan boxes further to see if a red wire shows up.

Alternately, a /3 "switch loop" can be used to comply with post-2011 requirements, which require always-hot, switched-hot and neutral to be carried on switch loops. The neutral is to empower smart switches, motion sensors, lighted switches and countless other applications that need power at the switch.

4
Why was the ground for this fluorescent fixture not connected to the ballast?
5
How do I replace a single pole light switch with a programmable timer switch?
1
Can I safely disable a three way fan switch to use for providing ground to remote three way box?
4
Is it OK to use 12-3 awg to wire a ceiling fan and light?
1
Why is my light connected between two red wires on a circuit with two switches?
4
Why does the ground appear to be connected to the hot in a 240v single-phase circuit?
3
Why does single pole light switch have 3 wire cable when source is at the switch?
1
Cannot find the common wire in "box #2" on a three way circuit
1
3-way switch replacement mystery: can I solve it without a meter?