What is this hook on a strike/panic door?

We are installing a panic door and can't figure out and/or find on internet what is this hook-like thing on a striker/panic bar: 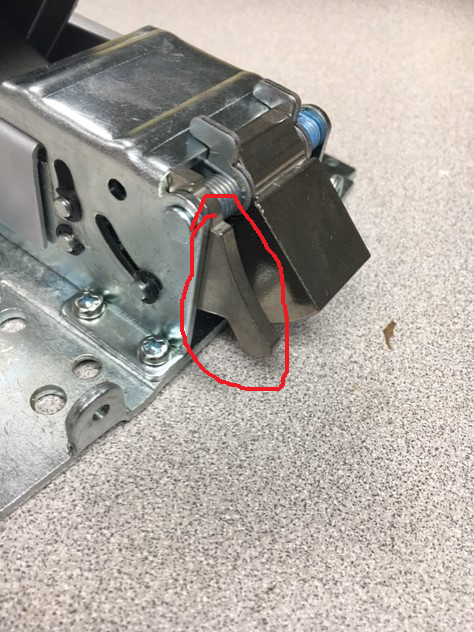 Does anybody know what is it?

We are considering just sawing it off.

That looks like an anti-shim feature, similar to this pin next to the bolt of a simple handle: 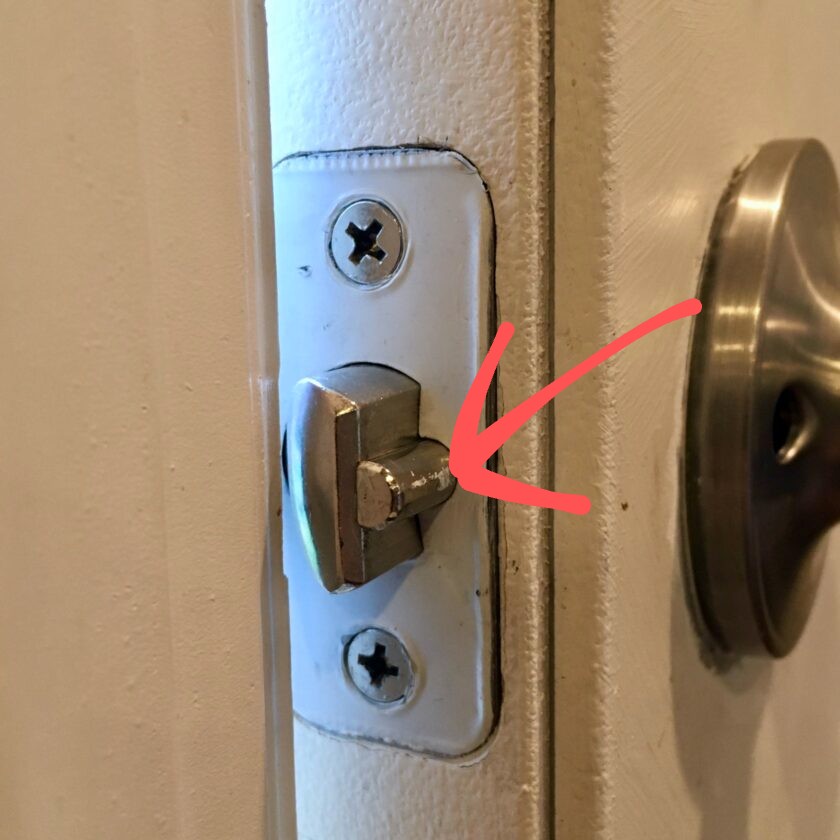 When the anti-shim component is depressed, it prevents the latch from being pressed by a screwdriver or other tool that is slid between the door and the frame.

If I'm correct, that component is supposed to slide against the door frame but not get caught in the recess for the latch.

If you provide the model number of your hardware, it should be easy to confirm if this is correct.

That is quality, pricey Class I or Class II door hardware. It would be a crying shame to take a hacksaw to it. You didn't buy that from AliExpress... you probably got that from a competent vendor who gives support. Use the support!

You aligned your strike incorrectly

The strike, or strike plate, is the rectangular hole in the door jamb that the latch goes into.

You are supposed to align your strike plate so that thing won't fall into the hole.

As Moshe Katz deduced, it is exactly a dead-latch or anti-shim feature. When you close the door, this pice does not fall into the hole and is pushed inward.

When pushed inward, it locks the latch so it can't be pushed inward freely, e.g. by a credit card or screwdriver attack.

But try it. Jab on the latch and see how it retracts freely. Then hold down the dead latch and jab again. Doesn't retract freely anymore!

However, when the dead latch is pushed inward, the latch will still operate if actuated by the knob, lever or push bar.

Now, on the simpler dead latches like in Moshe Katz's photo, it has a reasonable failure mode if the latch is misaligned: the dead latch pin will retract with the latch. This one may not be like that.

1
Indoor sliding doors getting harder to open/close
8
Framing an appliance opening in a load bearing wall?
0
Outswing Door Strike
18
Alarms on Doors that have Access to a Pool
0
Garage door doesn’t close all the way
4
What is this strange strike plate and why does it move?
1
Door Jamb and Moulding as Load Bearing?
8
What to look for when trying to decide on an apartment door?