I'm renovating a deck. Installing waterproof spline which goes between deck boards. Solution will have center boards in deck with gutters underneath and gutters around the deck. Install guide says to make sure deck pitches by 1/8" per linear foot. This is as much as 1.5 inches across 12ft deck (my deck is an L-shape with 12 ft longest, 8ft shortest). Laser level shows current slope of MAYBE 1/4 drop if im lucky. (Hard to tell with warped deck boards.)

Raising joists near the house not an option because threshold is annoying flush with deck boards (not to mention code says joists tops are supposed to be flush with ledger). Lowering rim-joist/band board/beam is not much of an options because would involve taking apart hardiplank, plywood, many sistered boards cutting posts just to lower.

Rim joist is overbuilt per code.

Is there some rule as to how much is allowed to be planed/cut off of a joists or rim joist? I was thinking if I could plane down 1/2in from the rim joist and a tapered 0.5 from the joists I could get 1 in drop and that would help minimize pooling. Or I can just hope for the best with the current water management and live with some pooling post rain. 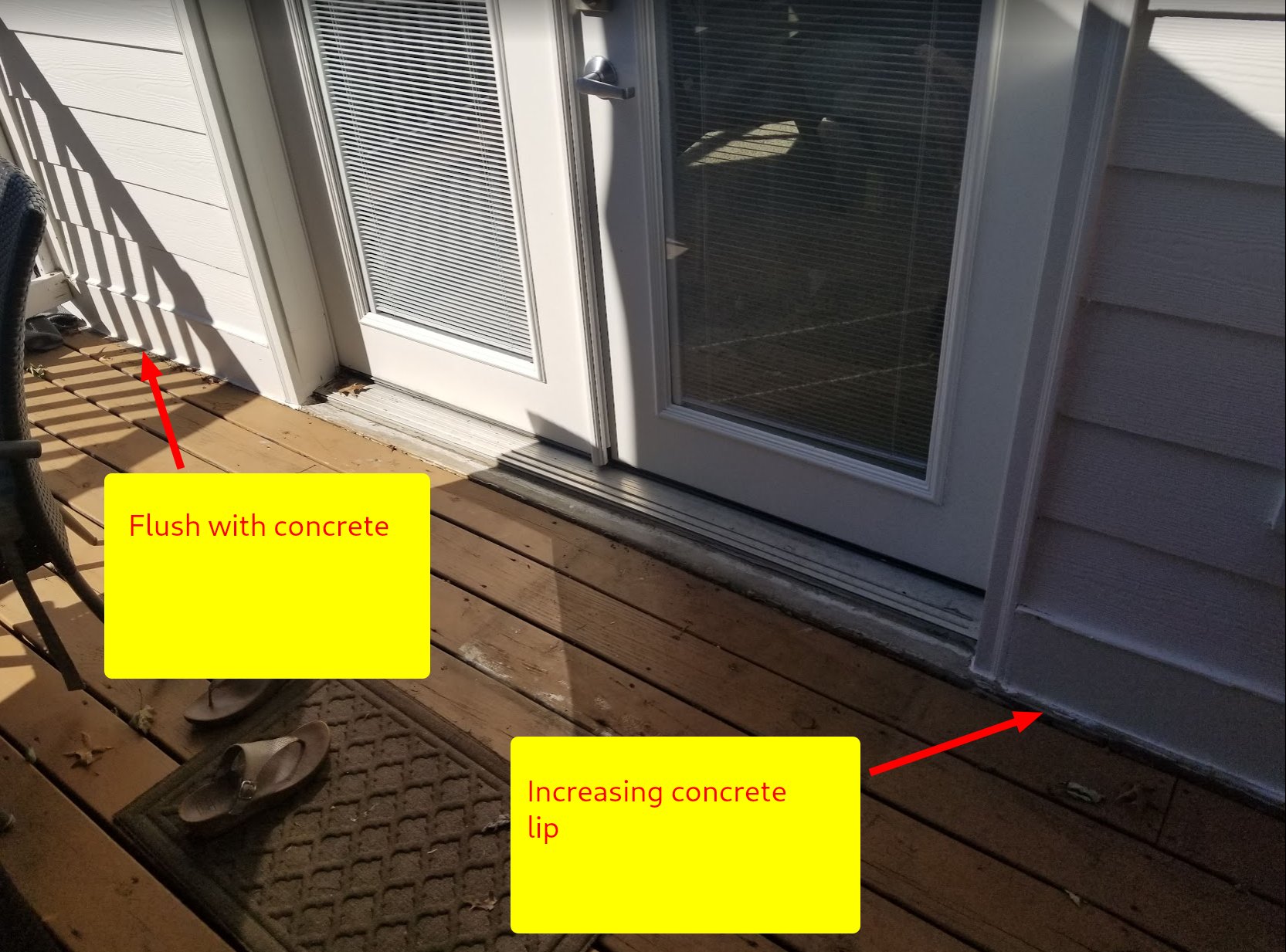 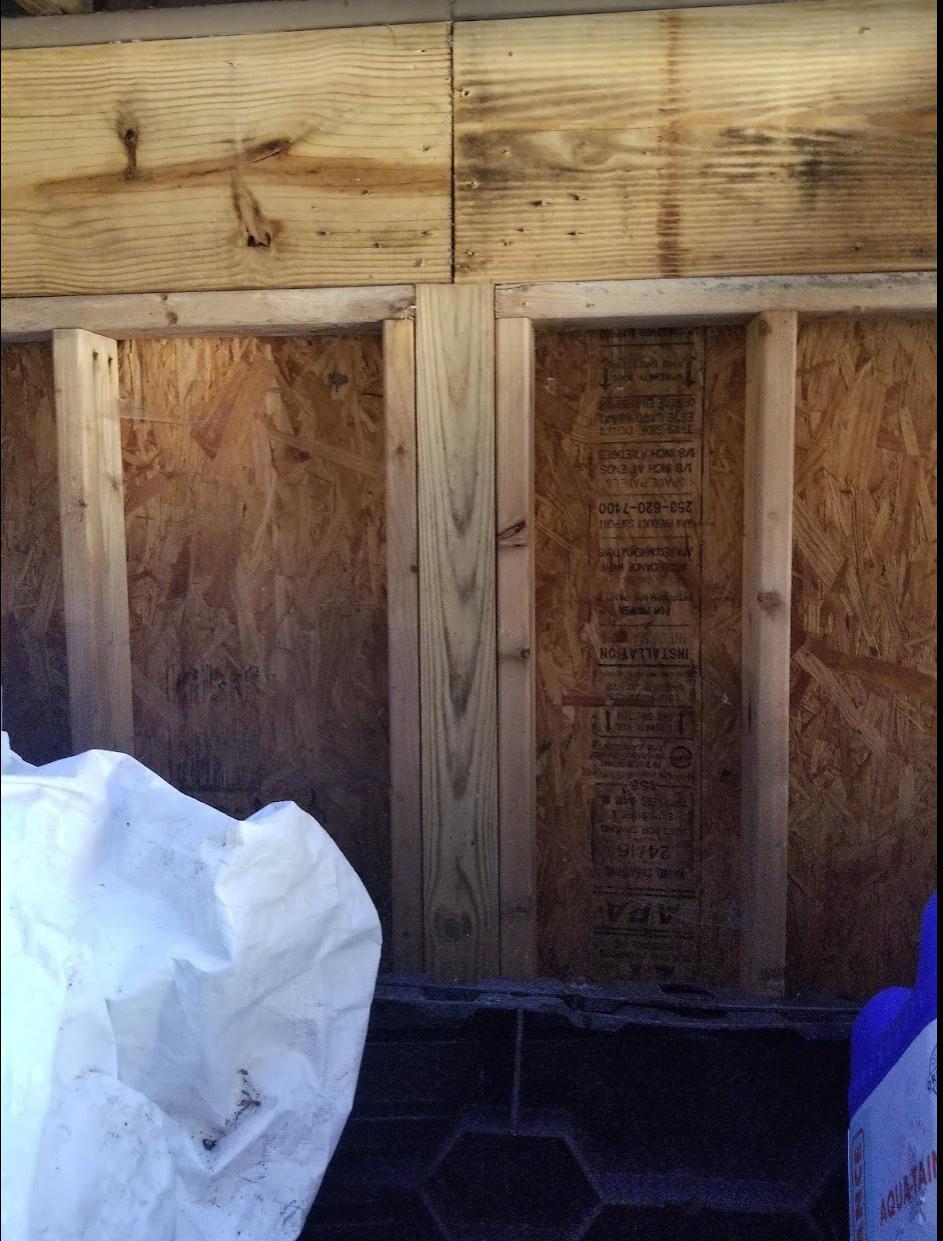 You have two considerations: 1) structural, and 2) aesthetic.

Don’t forget that the code now requires steel connectors between the deck and house at each end of the area where the deck touches the house.

If I understand correctly, the configuration of your deck should look like below.

If it is correct, then you can replace the rim beam with 2-2x10 (see table below). You will need the table for the 2x8 joist to see whether you can reduce the size or not. But even you can downsize the joists, this approach seems very difficult, as you have to lift up a majority of the deck plates in order to trim the joists and beams.

Therefore, I suggest jacking up the deck and trim the posts instead.

Not the answer you're looking for? Browse other questions tagged deck joists gutters decking or ask your own question.

6
How can I attach a ledger board to my house?
0
Will 2x10 13'6" span support outdoor bbq?
2
Sill plate pushing siding off, causing gap for mice and moisture?
1
Replacement deck beam equivalence
2
How can I frame a four-sided cantilever on a 10x12 freestanding, floating deck?
5
What is the best approach to repair outside cantilevered wood deck joists with dry rot?
2
framing feedback for ground level deck 10'x22'