Is This Two-Phase Outlet Wired Correctly?

My company builds electrical systems that are sold around the world. When our building was being built, we requested that the electricians put a 240V drop in the lab area with a L6-30R receptacle, the idea being that we could plug in transformers as needed to give us high current 120V or 220V single-phase to test systems designed for one or the other (we normally run our systems off of 2 120V, 30A circuits or a single 220V, 30A circuit from a generator). When I checked the voltage at the outlet, I found 208V phase to phase and 120V phase to ground, so it looks like they connected two phases of our three phase supply to the hot terminals.

Looking at isolation transformers to handle these voltages, I'm seeing 216, 228, and 240V primaries, but no 208V. This leads me to suspect that the wiring we have at the outlet isn't "standard". Can we still use this outlet with an isolation transformer and maybe deal with a slight drop in output voltage? Or does it make more sense to rewire the outlet so we get all three phases from the distribution panel?

Your outlet is wired correctly, or at least not incorrectly.

Whether the electricians understood what was wanted, understood themselves the difference in 208 and 240, or understood that it makes a difference to you whereas for most customers 208 and 240 are functionally equivalent, is up for debate -- but the answer won't solve your problem.

Your situation is that you manufacture (or at least design) devices specified to run at 240 volt and you want to develop and test at precisely that voltage, perhaps with a -5/+10% tolerance or whatever your spec is. So, you've got 120/208Y available and you want to get to 240V. You need a transformer. If you really need 30A that's at least 7.2 KVA transformer (perhaps plus overhead for derating, continuous use, power factor, etc).

In theory there are many ways to get there. You'll have to work with your electrician to figure out what's economical in your situation:

With no endorsement or recommendation intended, there's an example of a 7.5 KVA 208 to center-tapped 240 from LC Magnetics. It's a 10-inch 110-pound cube, so don't forget to team lift when moving it! 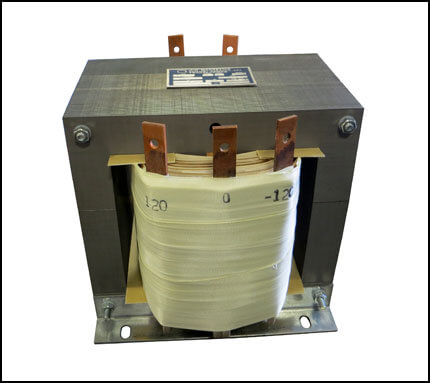 we requested that the electricians put a 240V drop in the lab area with a L6-30R receptacle... When I checked the voltage at the outlet, I found 208V phase to phase and 120V phase to ground, so it looks like they connected two phases of our three phase supply to the hot terminals.

sigh the electricians should have had a conversation with you about that.

When an electric service is provisioned, you generally get power company's choice of either 120/240V split-phase, or 120/208V 3-phase "wye". This is built into the delivery transformers, and there isn't really anything you can do about it.

It is standard that so-called "240V" outlets -- NEMA 6 and NEMA 14 - are wired with 2 of the hot phases available, giving 240V in split-phase territory, and 208V in 3-phase territory. Most appliances are dual-rated for both voltages. (heat making appliances simply run 25% less heat.)

That should never, ever be done. No plug-and-socket connections should be used to merge two 120V circuits: these are called "suicide cords" - permitting these in a company is negligence ask your insurance company whether they will pay out for accidents involving them. The unplugged plug is dangerous in all modes and cannot be made safe.

Hard-wiring two 120V/30A circuits off 2 breakers should not be done either. Such a load needs, at the very least, a handle-tie between those breakers. And since it is development/testing equipment, it should be a 2-pole breaker which assures common trip, de-energizing the entire machine if one leg overloads. And for personnel protection it should really be a GFCI. (it is obviously not GFCI if you are feeding from two breakers).

My company builds electrical systems that are sold around the world...... the idea being that we could plug in transformers as needed to give us high current 120V or 220V single-phase to test systems designed for one or the other.

Aside from most countries having 50 Hz power (I don't know if that's concern to your equipment)...

The main thing is that all countries with 220V-240V power (except parts of Brazil and the Philippines) have neutral at the same voltage as safety ground. That means for instance that the Line phase is 230V from neutral, not 120V.

Really, to simulate world 220V-240V power, you should be using a step-up/down transformer, or an isolation transformer in boost mode, to increase your 120V supply up to 220V -- but holding neutral and ground at as-supplied from your panel. Such a configuration will also help the GFCIs in your panel protect your staff.

You will find a great deal easier time finding step-up transformers, or 120V/120V isolation transformers that can be configured to boost.

It's possible that you have multiple voltage systems in your building, especially if it's an older building. You may have a cross system connection somewhere. Very common. As long as the voltages are in phase with each other it won't cause a short. Sounds like you may have a 240 3 phase delta or singe phase system, as well as a 208Y/120 system. Maybe you should get an electrician to look things over.

1
Are all ungrounded >120v outlets now outlawed?
0
Optimal Breaker Configuration for Split Phase Mains Power
2
Hybrid 1ph/3ph load center fed by rotary phase converter?
1
Getting 120v single phase & 240v three phase out of 240v single phase receptical
0
Why are some electrical systems only two phases of a three phase system?
0
How can I tell if this appliance, a kiln, is using 208V single phase or three phase?
2
How to add tiny 0.5A 120V load to very remote split phase 240v 3 wire well house
1
Solve washer/dryer closet outlet issue. Lacks 110v outlet, need to know my options
5
Two opposite phase circuits in one conduit... do i need 2 neutrals or an oversized neutral?