How can I attach drywall directly to cinder blocks without using furring strips?

Note: the below image is distorted (curved lines) because of the panoramic picture)

I had old tiles in the remote corner showed in this picture. Those came off the wall taking the drywall with them. As I was trying to put the drywall back I noticed that there was a 1/4" gap between the wall and the drywall at the bottom of the drywall that was still attached to the wall and I realized it will be very difficult to match that exact gap, keep the wall plumb (it was not plumb anyway) and install tiles there.
After a closer look to the wall I realized there was a long and narrow piece of drywall installed horizontally and that was tilted in a strange way so I wanted to check what was there and I removed that and the result is what is in the picture below

The drywall is covering two sections of the same cinder block wall (this is an interior wall in the basement, load bearing, rooms on both side The room I am working in is an old bathroom that went through 2-3 renos over 60Y and each round added more patch work and more corners were cut.

In this case the bottom right section of the wall was completely unfinished so they installed 1/4" plywood strips to bring it to the same level as the left side but that did not work quite well and not sure why they ended up doing wet shimming but on the left side; I suspect that they screwed the right side of the sheet and since the furring strips were not level with the left side that pushed the drywall toward the center of the roomat the left side of the panel when they screwed the right side (it pivoted a little). So what they did to fix that was to add wet mud behind the drywall board on the left side that was 1/4" away of the wall

I am now paying the price and I am trying to fix this bad work. My plan is to bring the furring strips level with the left side (the finished side of the cinder block wall) and then to put the drywall back. They attached the drywall directly to the wall by pre drilling holes and stuffing them with copper wire and then they used drywall screws to attach the drywall. Is there a better way to do this ? Tapcon screws?? 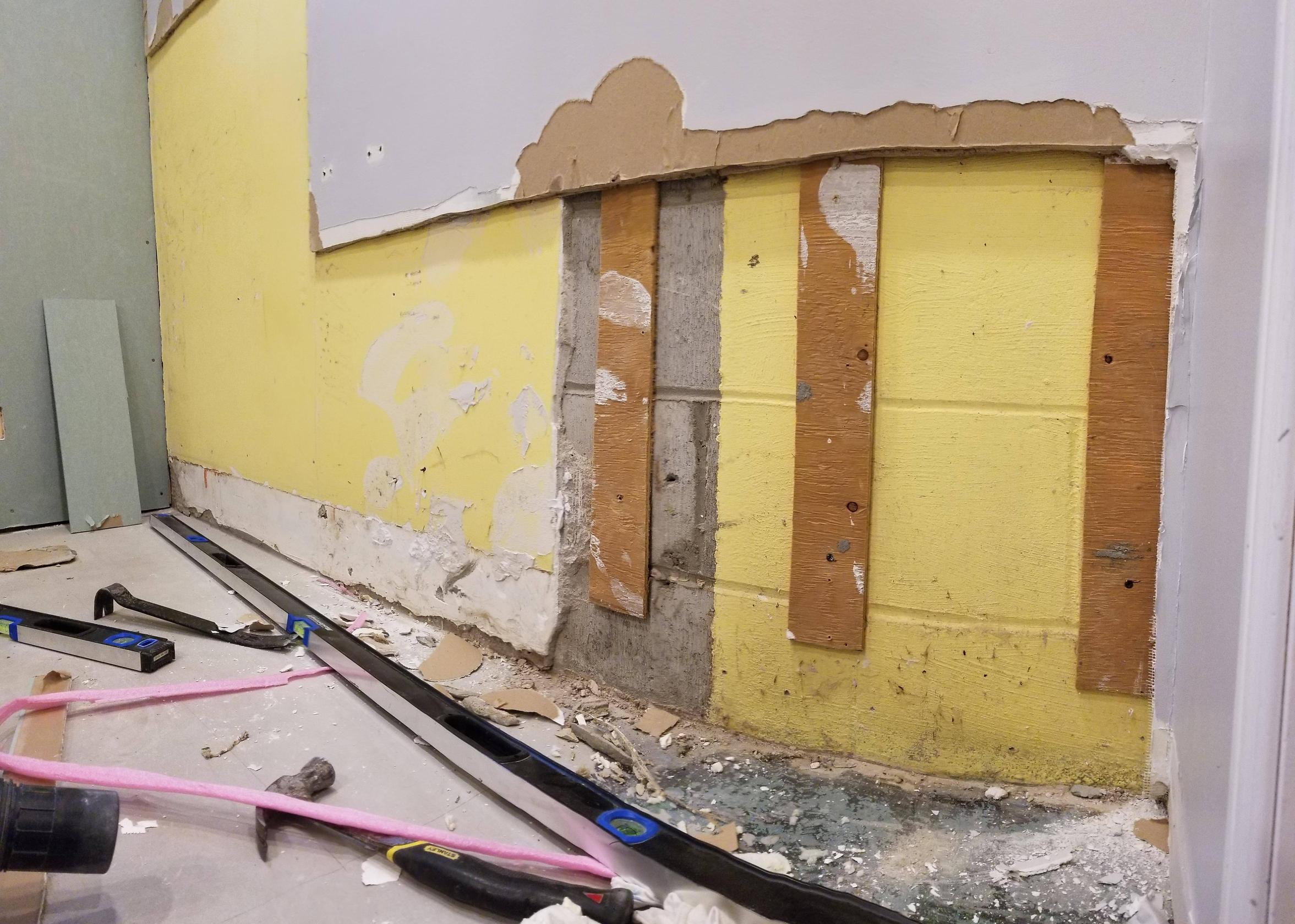 Here is the intended design for that corner. Please note how the window frame is flush with the existing drywall so adding furring strips will push the drywall into the window 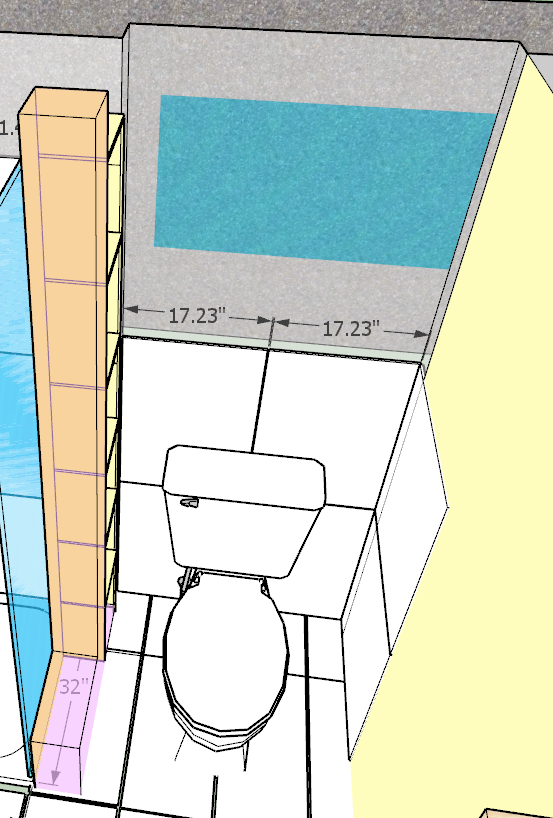 To just answer your question and not debate whether it's the right way or not, use 3/16" x 1-1/4" flat-head Tapcons. You'll need a 5/32" masonry drill bit. Use a regular Phillips screwdriver to screw them into the block and sink them just below the surface of the drywall like you'd do a regular drywall screw.

In most basements I've seen (not sure this is a basement but the same principles apply), you put framing up like any other room. This allows you to set straight studs up (doesn't matter how non-plumb your walls are) AND allows adequate room for things like electrical wiring.

Drywall is installed on wooden framing, or on furring strips which are attached to the masonry wall. It's a good idea to put a moisture resistant barrier or coating over the masonry before installing the furring strips.

It is critical that the mounting surface be perfectly flat.

I've had a related situation when finishing my basement - the wall next to the stairs was concrete, and the width of the stairs didn't allow for framing or even furring strips and still keeping the needed 36" of width.

After consulting the inspector, I glued 1/4" drywall directly to the concrete. In my particular case the concrete wall was facing the garage (i.e. the ground on the other side of the wall was underneath the garage), and the inspector suggested that due to that insulation or moisture barrier were not required. The basement was completely dry in that area and I had no moisture issues since (about 4 years now). The alternative in my case would have been to smooth the concrete with plaster, so the 1/4" drywall was more of a shortcut.

In your case, if you have the room to spare for some framing, it would definitely be easier to do some basic framing or furring and level/plumb that using shims and then hang the drywall with screws into the wood. Otherwise gluing shims and drywall should be possible.

You can't. There is no drywall where specifications are for direct exterior concrete framing. Moisture will get trapped between drywall and concrete - even if you live in a desert - and this will be a moldfest within a year.

I wouldn't say they cut corners but rather they got very creative to maximize the space.

In the end it just turned out to be a poor job.

Attaching drywall directly to cinderblock is a continuation of the previous workmanship.

Unless you're super tight on space then I would build out a proper wall using studs and it will be perfect.

I see you are planning on putting tile on the wall beside the window. Another option instead of attaching drywall directly to the cinderblock wall is to apply a roll on waterproofing/isolating membrane and tile directly on the cinderblock. You could tile to the ceiling and add a transition between the tile and furred out drywall.

Not the answer you're looking for? Browse other questions tagged drywall basement or ask your own question.

0
Does the sill gasket foam compress?
0
What is the right way to insulate a cinder block basement wall from inside when you only have room for furring strips and drywall?