I need some advice. Over the summer we had a concrete contractor come in to replace the floor in the carport that became a garage that became my shop. The space is about 20' x 20' and there was a slope of about 6.5" over that distance. The carport slab extended under the walls of the garage, so the contractor proposed to support the shop structure, remove the slab, and pour a new foundation. Since they claimed that they found rot in the plates of the side walls, they were going to remove about a foot off the bottom of each wall.

What they actually ended up doing was to prop up the structure and build forms about 4" inside of the walls. Apparently they thought that the concrete would fill the forms well enough to provide support and a weather / critter seal where the walls met the foundation. At least I guess that is what they were thinking…

When they built the forms they didn't bother to check that the wall was still plumb. Not surprisingly it was not, and it now needs to move about 1.5" towards the outside on one end. That will put the wall (framed in 2x4s) off the foundation to the outside. At the other end of the wall, where it was attached to the house, the wall is still plumb. There are also many places where the forms did not fill, so there are large gaps between the plate and the new foundation. The attached image is a section though the wall.

The contractor is eager to fix it (and get their final payment), I'm wondering if there are good ways to fix this – other than tearing out the work and starting over. Is there some way to pour a patch on the outside of the wall? Are the other options to consider? 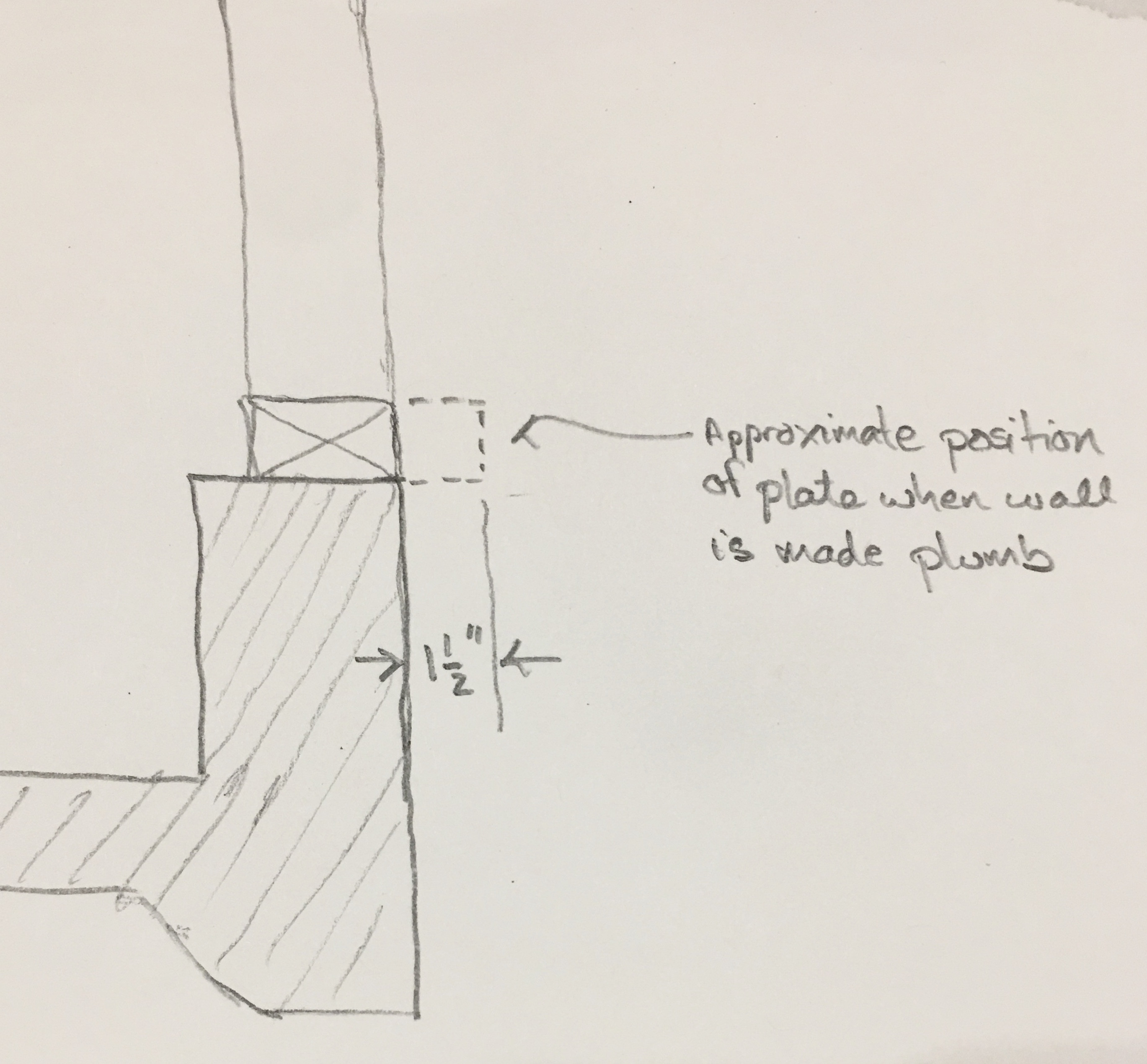 I suggest adding a concrete ledge as shown, then fill the space with bricks. 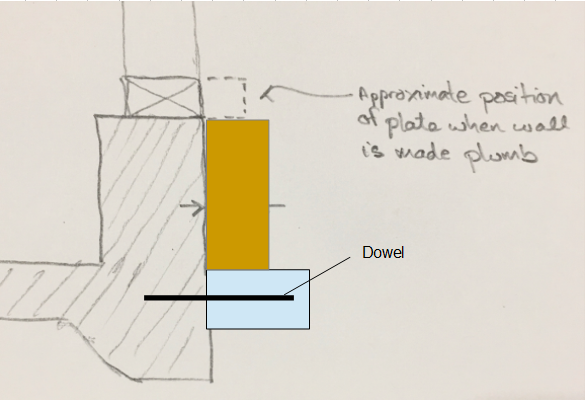 2
How to repair my concrete slab porch.
2
How to pour concrete over existing slab?
1
Large concrete patio poured against the foundation - should it be tied to the foundation or not?
0
approximate strength of poured reinforced concrete slab
10
Leaving basement forms on permanently
1
How to fix out of level foundation walls
1
Does a carport slab need expansion joints at interior piers or the perimeter?
1
Wood (to be) embedded in foundation?