I recently bought a house, and one of the Harbor Breeze ceiling fans seems to be wired wrong.

The light button on the remote does nothing.

The three fan speed buttons control the fan speed, but also the halogen bulb. The behavior:

If this is incorrect wiring, how easy is it to fix myself? I want to rule out microcontroller bug, because I assume something old enough to have a halogen bulb is also basically just an electrical device with an RF receiver, and doesn't have firmware.

You'll have to remove the canopy at the ceiling and locate the receiver up there. There's usually a diagram on it that shows how it should be wired. The diagram will look something like the one shown below. You can google an exact one if you know your fan model number. My guess is that the person who installed the fan hooked the motor and light wires from the fan to just the motor wire from the receiver. 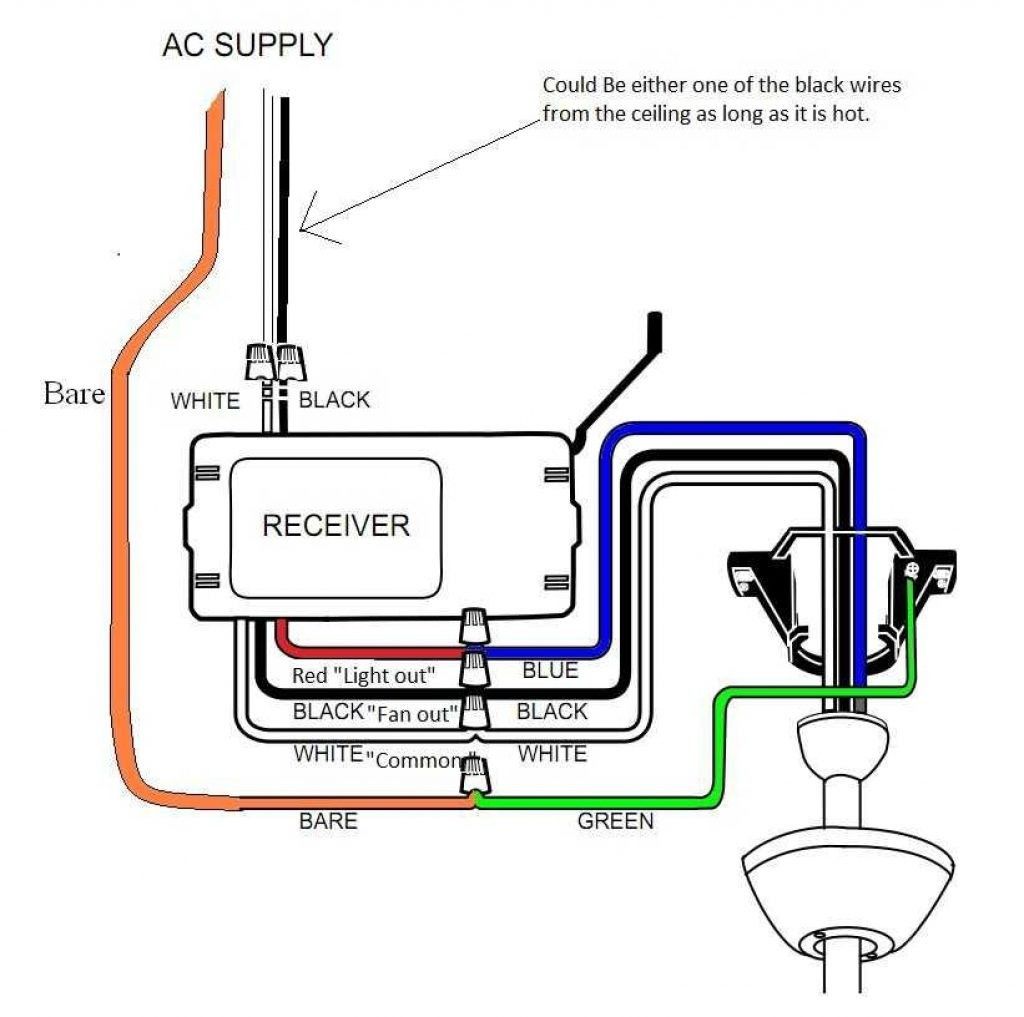