Can 2x4s holding up ceiling drywall support a ceiling fan using a brace and box?

I went to remove a plastic ceiling box where a light fixture was in our home in order to install a ceiling fan brace and box, only to realize that there's actually another old popcorn ceiling above our drywall ceiling, and our ceiling drywall only seems to be supported by 2x4s, which are spaced about 2 feet apart. Is this sturdy enough to support a lightweight (< 35lb) ceiling fan, such as this one, using a simply a ceiling fan brace and box, or would something more drastic need to be done here? My question is similar to this question, except that (1) I have no attic access, as it's below our second story, and (2) the 2x4s seem to be more stable than the metal rods the new ceiling drywall was screwed to in that question. 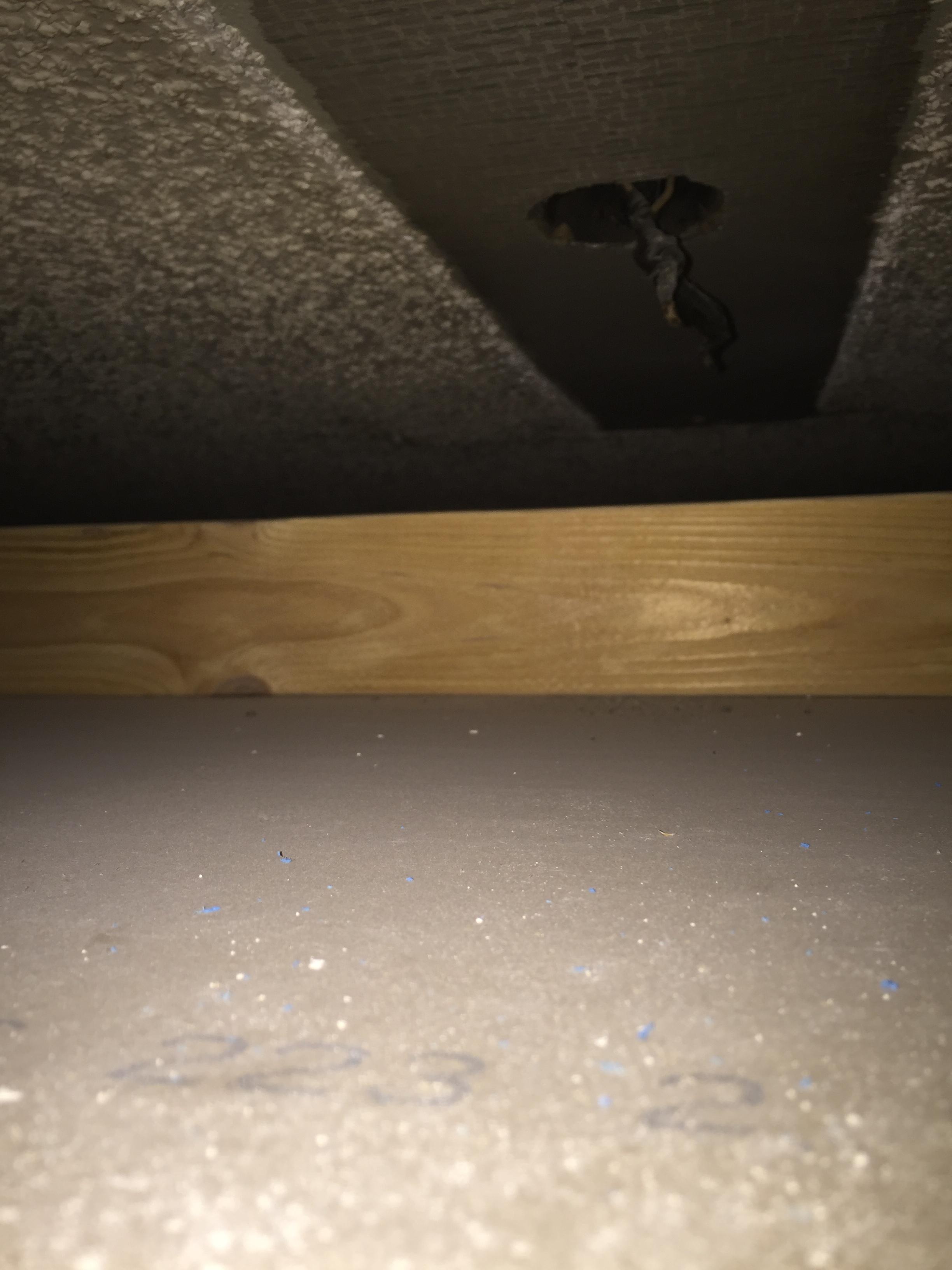 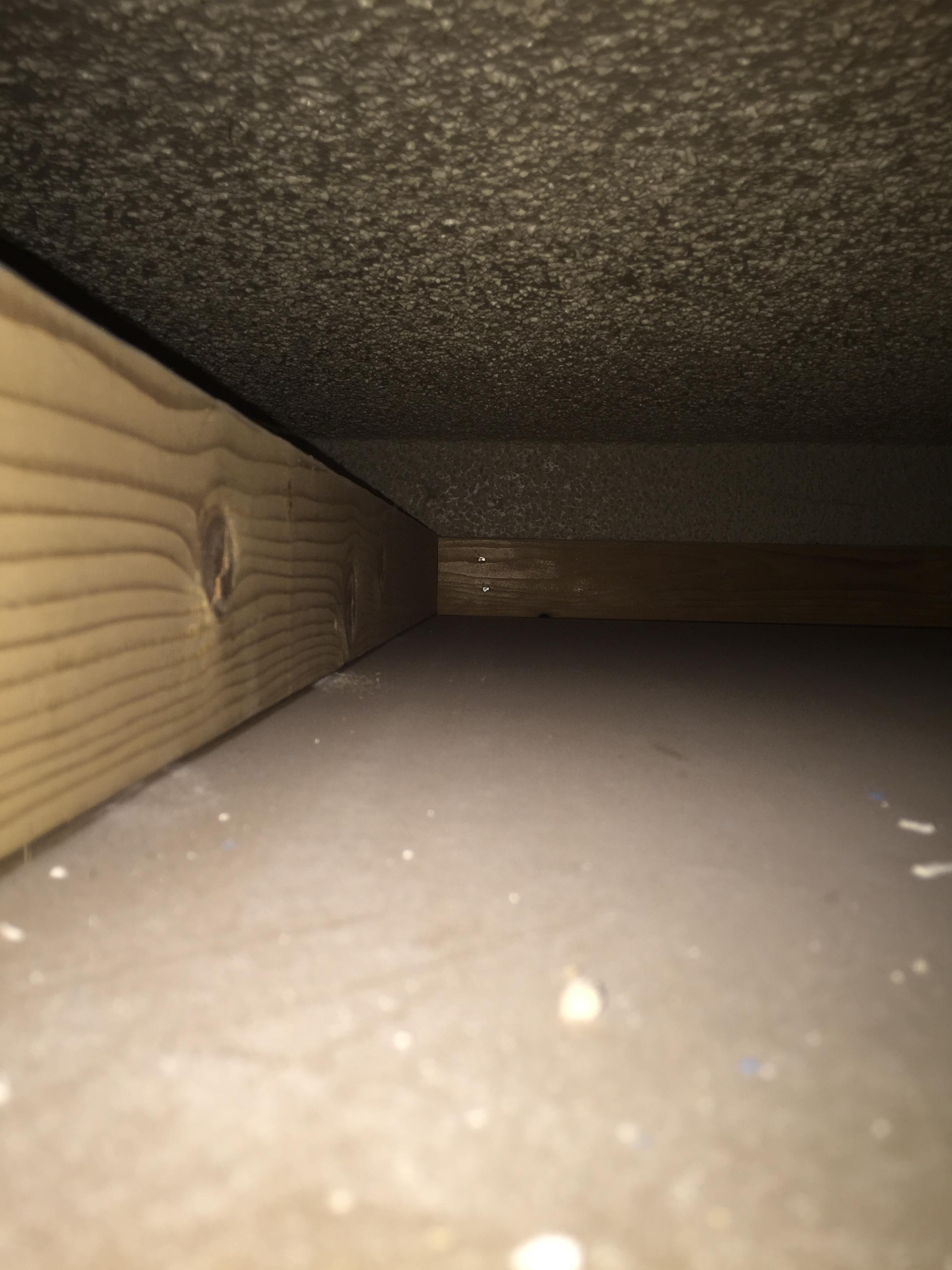 The 2x4 that the plastic ceiling box was attached to, running to the end of the wall, where there appears to be another 2x4 nailed in to something.

I wouldn't do it.

Even a 35-lb. fan needs to be connected to a solid structure, such as the house's framing. Those strips are often used in my area, and are typically not considered part of the house structure. They are likely just strong enough to support the ceiling (a static, distributed load)--not an overhead vibrating point load.

One thought: how about reinforcing the existing 2x4? You could:

Admittedly, a hassle, but a real improvement over what you have.

Not the answer you're looking for? Browse other questions tagged ceiling ceiling-fan or ask your own question.

2
How can I replace a recessed light with a ceiling fan?
6
Mount ceiling fan without electrical box
0
Mount Ceiling Fan to Old Junction Box?
5
Supporting a fan in second (fake) ceiling
1
Attach New Brace to Joists for Ceiling Fan
11
How to hang a ceiling fan box in gazebo with no parallel joists?
1
Any way to mount a ceiling fan using a rectangular "wall" box?
2
Installing a ceiling fan, 1920s home
3
installing ceiling fan on old pancake box