I have a raised deck with walkway underneath. I'm in the process of resurfacing it and I'd like the switch to the sconces above and below the deck (different switches) to also light the deck (above along the railing; below along ceiling). If I had to, on top, I could run a plug-in transformer from the outdoor outlet. I don't like this solution because it's messy and uses an outlet and I don't have the control of the indoor switch (which can eventually be connected as a smart switch with motion sensors etc).

Any other suggestions. Is #2 possible? I did something similar in my bathroom (tapping into a bathroom fan connection behind a wall plate), but this is outside and off of a sconce and I've never seen this before. 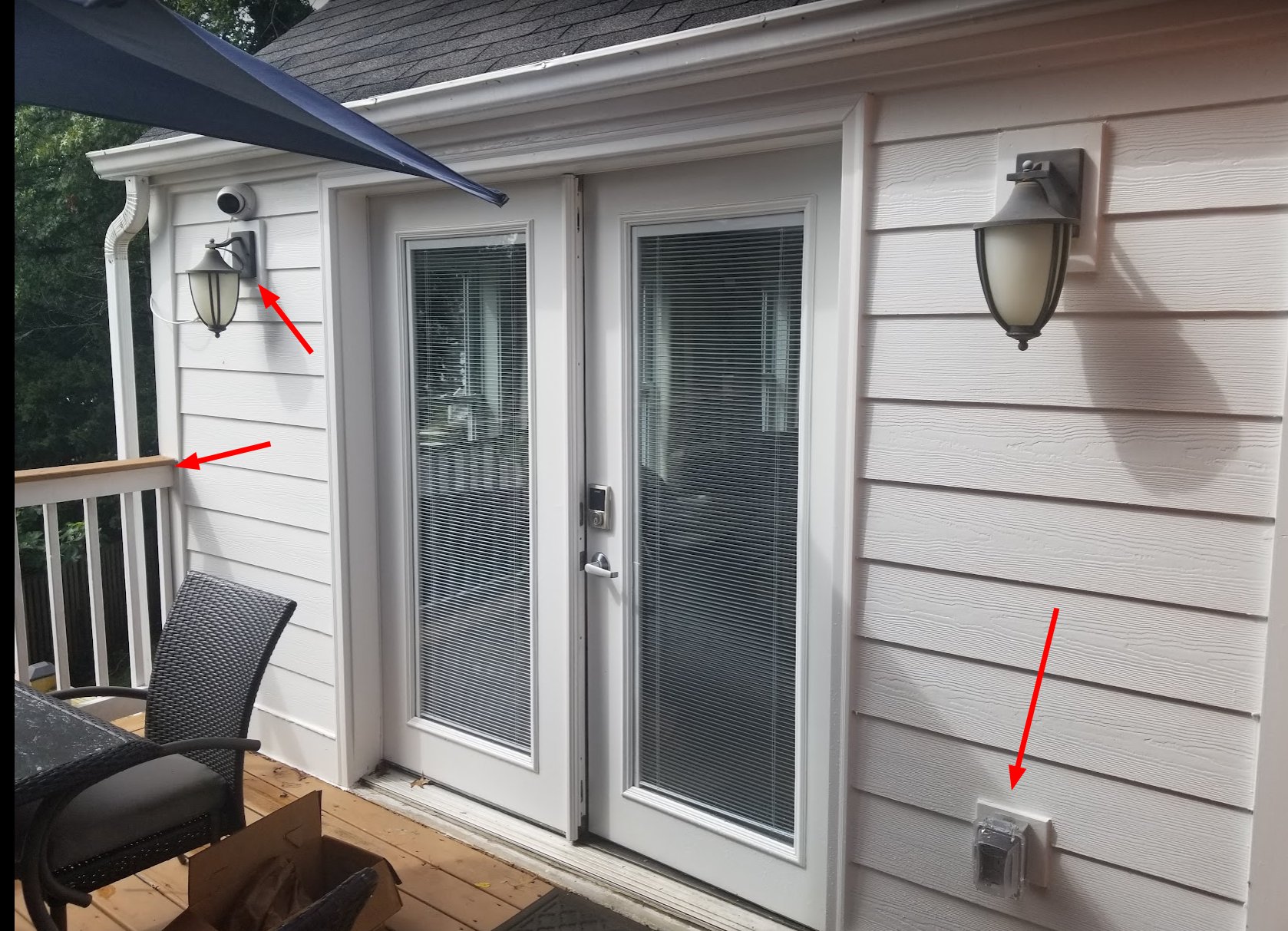 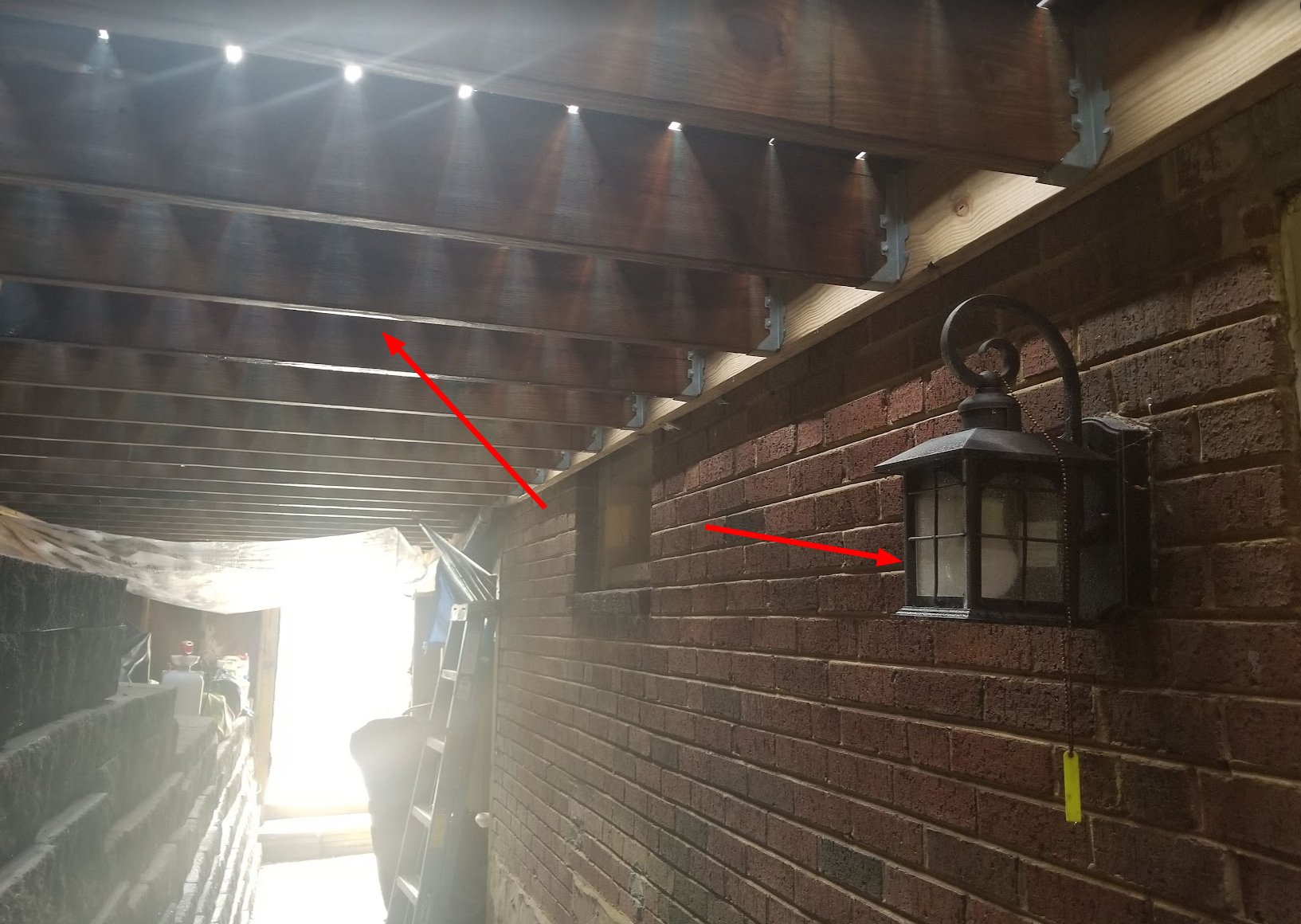 There's not really a proper way to do #2. You can't just have a wire running out of the bottom of the sconce. I have seen outdoor lights that have a plug built into them, so something like that would be an option. Of course then you have an unsightly cord hanging down.

My recommendation would be to plug in a transformer where ever possible and run only the low voltage wire to the lights. Low voltage runs have little to no code restrictions so you can basically do whatever is easiest. You could even put a switch on the low voltage wire inline and mount that switch under the corner of the railing or something. You're not limited to "proper" connections or junction boxes or anything else on the low voltage side.

That also gives you flexibility to install a new outlet if needed since the only thing it would be for is the low voltage transformer and wire.

Not the answer you're looking for? Browse other questions tagged electrical lighting deck transformer or ask your own question.

2
Can I connect wall sconces to an existing switched circuit?
1
Wired new outdoor sconce, won't turn on
1
Installing a dual switch from a single switch which powers two wall sconces
0
How to protect outdoor transformer plugging into in-use outlet?
0
What Kind of Outlet Allows 1 In-Wall Light Switch w 2 Outlets to Control 2 Sconces w Semi-Independent On/Off Buttons & Outlets on Each?
1
Can a doorbell transformer be installed outdoors in a protected location?
0
Low voltage LEDs fluctuate from full to half to off and repeat
1
Sizing a landscape lighting transformer
0
Connecting a low voltage transformer using a external switch?