The water supply to the irrigation system includes a connection between copper and PVC pipes, located a few inches above the ground. The PVC pipe connected to the copper pipe (blue in the picture) runs underground through a straight connector (white in the picture), has a right angle elbow which after another several inches enters an access box. The interface between the copper and PVC pipes is leaking. 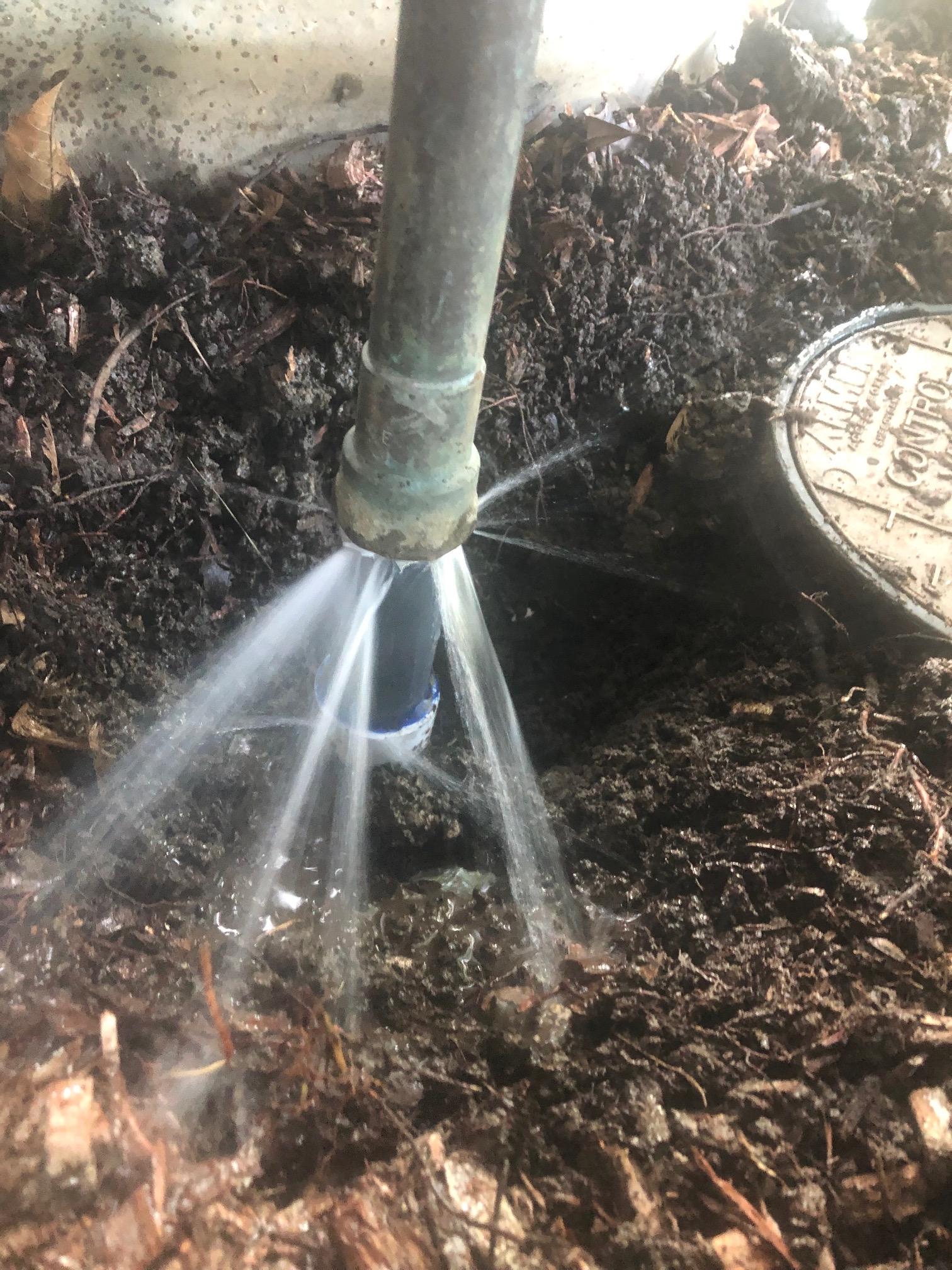 The copper pipe does not line up completely vertical with the PVC pipe coming out of the ground, and I suspect this tension lead to the leak 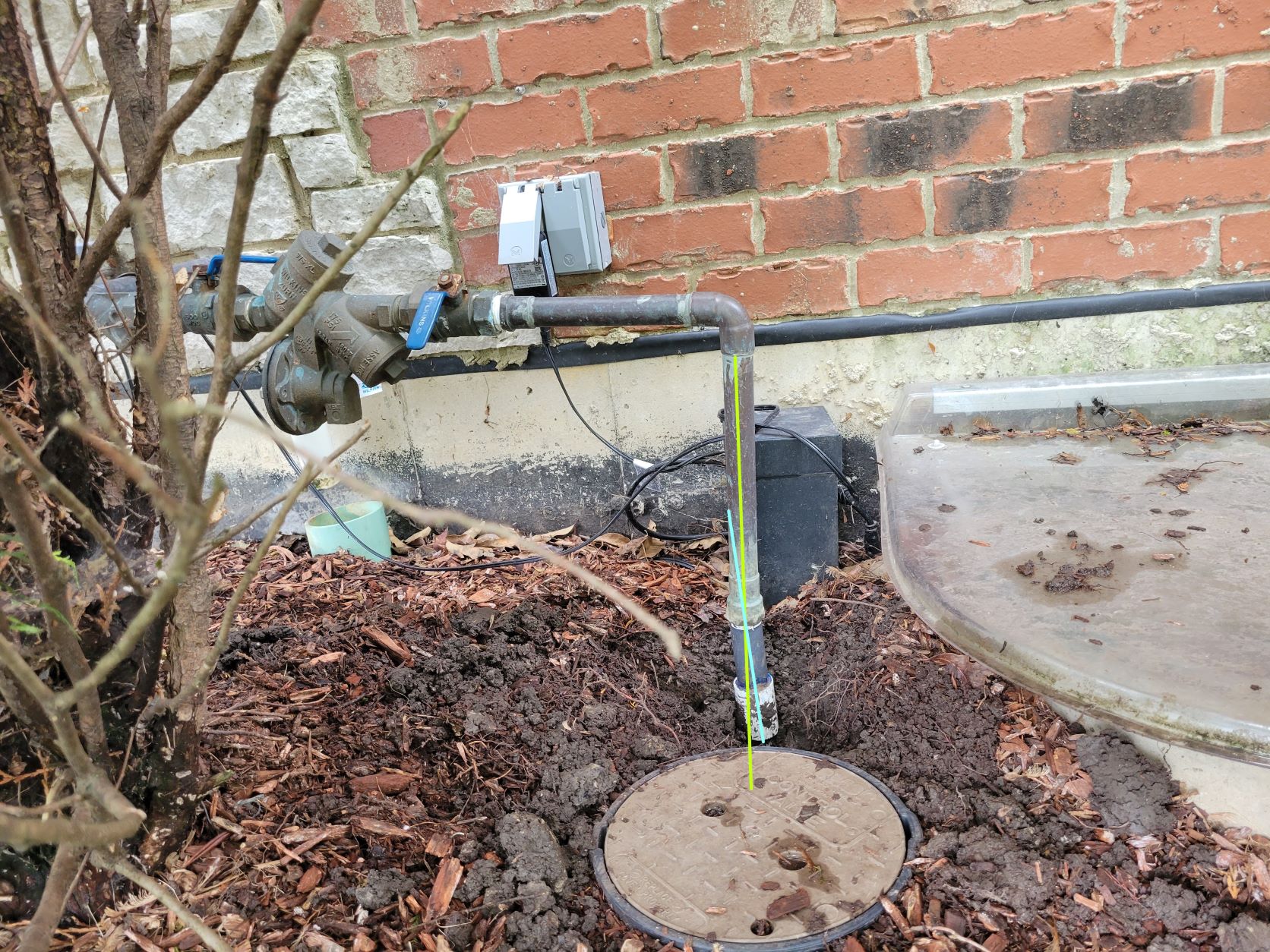 I think what you will have to do is cut out the damaged top of the grey pipe and extend it up several inches to try and make the copper pipe section straighter.

The copper pipe and heavy pressure regulator/backflow device (not exactly sure) being unsupported is just asking for trouble. After repairing the pipe, I would drive a metal post next to the vertical section and tie the vertical pipe to it so it won't bend if someone is working around those bushes and leans on it. You might also consider driving in another post to help steady that valve section depending on how its supported on the side we can't see.

Not the answer you're looking for? Browse other questions tagged water pipe pvc irrigation copper or ask your own question.

1
Leak between plastic elbow joint and copper pipe
1
How to seal PVC-U and copper pipes together
1
Relocating the PVC from behind dishwasher
2
What purpose does this PVC pipe in my crawlspace serve?
0
Water meter to a PVC pipe to a metal pipe. Why?
0
Reverse osmosis water saddle doesn't fit waste pipe
1
Why is my exterior PVC water main covered in vinyl wrap?
0
How to replace compression elbow for flexible connector with stop valve
2
Can straps of dissimilar metal be used to support copper pipe?
1
best way to connect poly pipe and PVC?