Ceiling fan light powered by two 3-way switches, but also by fan's single pole switch. Is it safe to replace the 3-way switch with a smart dimmer?

I have a very weird setup for my living room, and at first I didn't actually realize what was happening until I started looking into replacing a 3-way switch with a 3-way smart dimmer (Leviton DZ6HD as the main dimmer and DD00R-DLZ as a remote dimmer).

The remote only works to turn the fan and off when the single-pole fan switch is on. The two 3-way light switches seem to have no control of the fan.

I drew a diagram to show how each light was wired. After drawing this I realized some cables have cords that go directly to two separate light switches, which also seems odd to me (although I'm not an electrician). I have not taken the wires out of the switch to test which ones are hot or not. 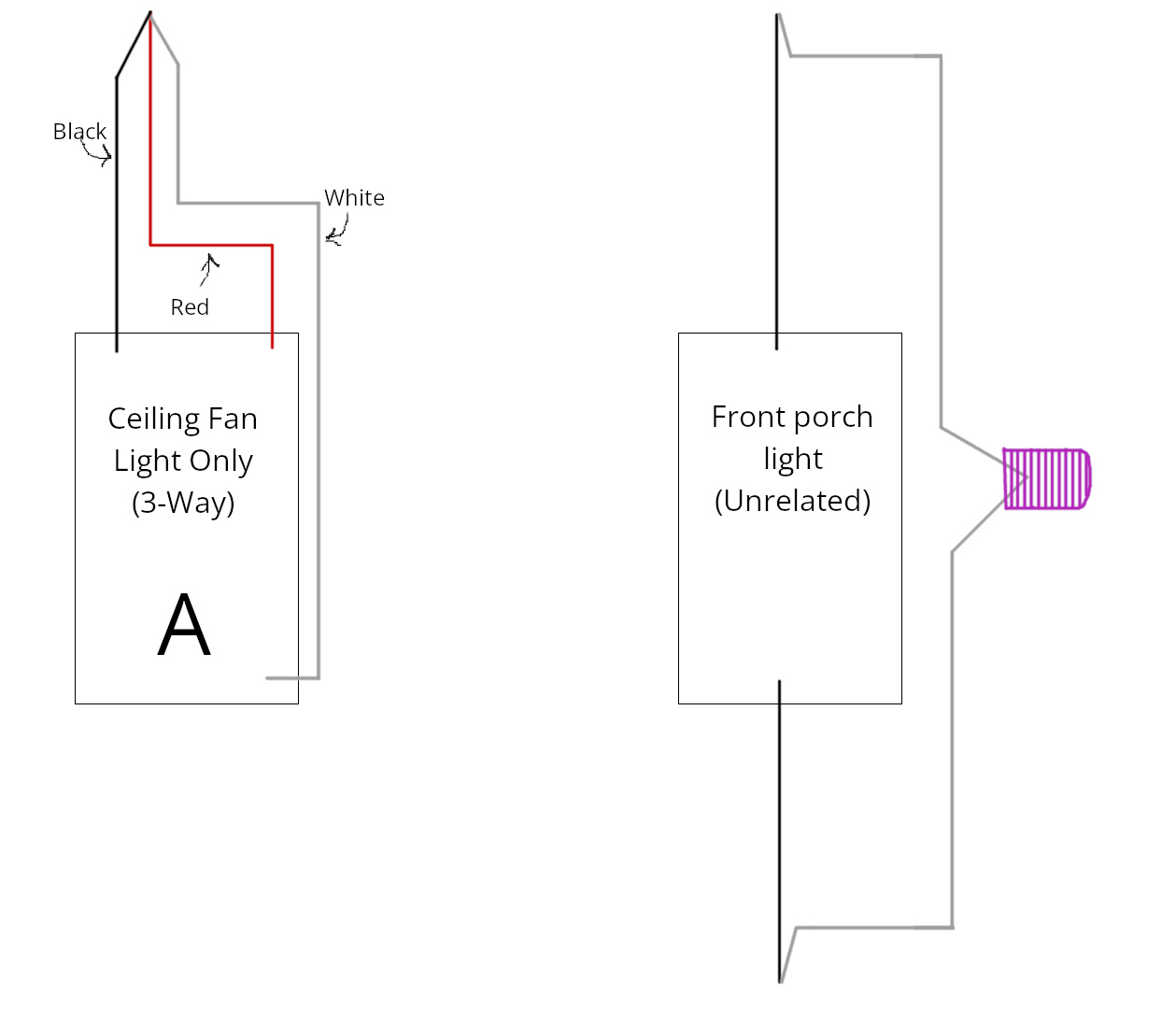 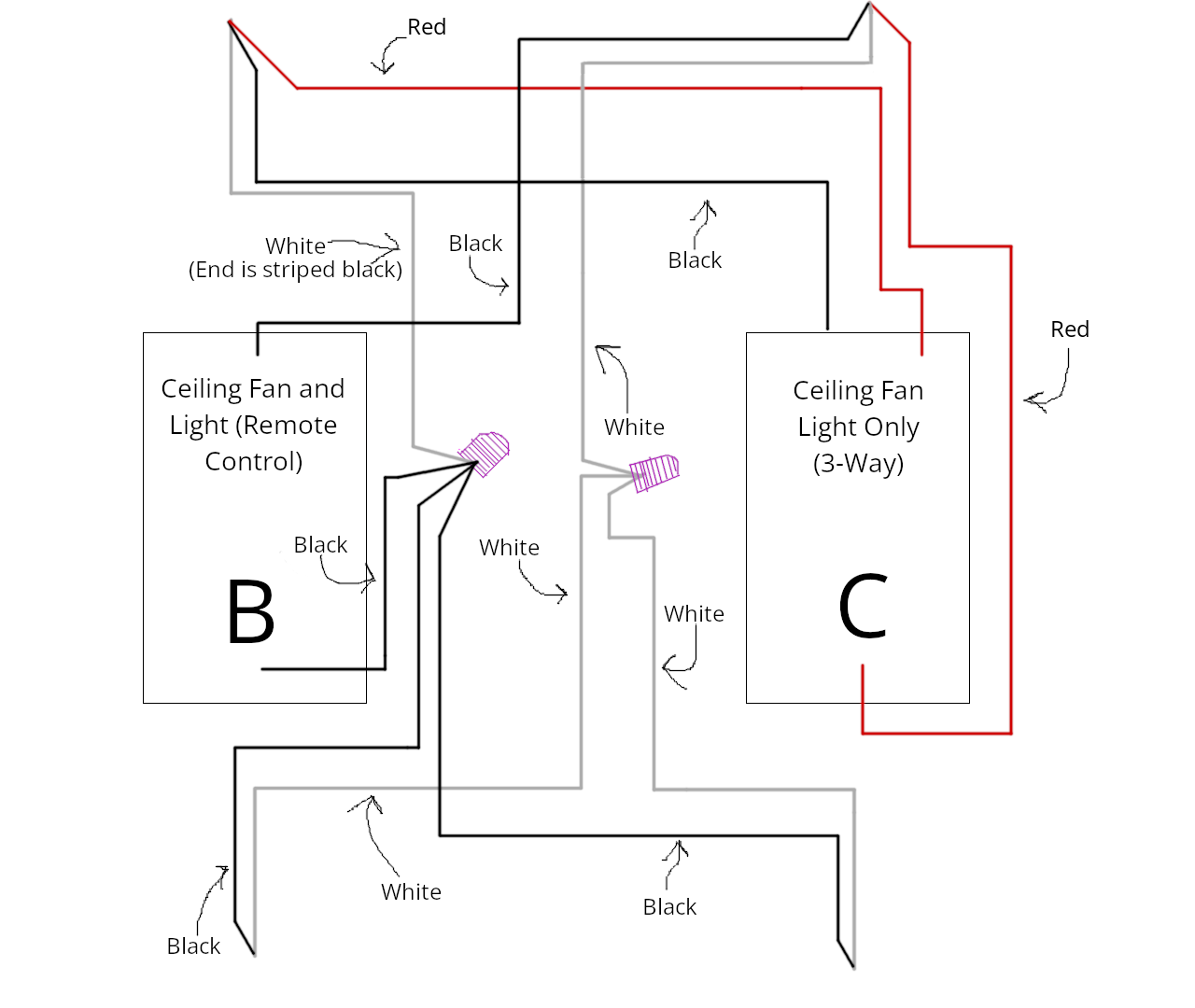 I also took pictures of the backs of the light switches, which I won't embed but I will link to.
Editor note: embedding makes it easier for everyone 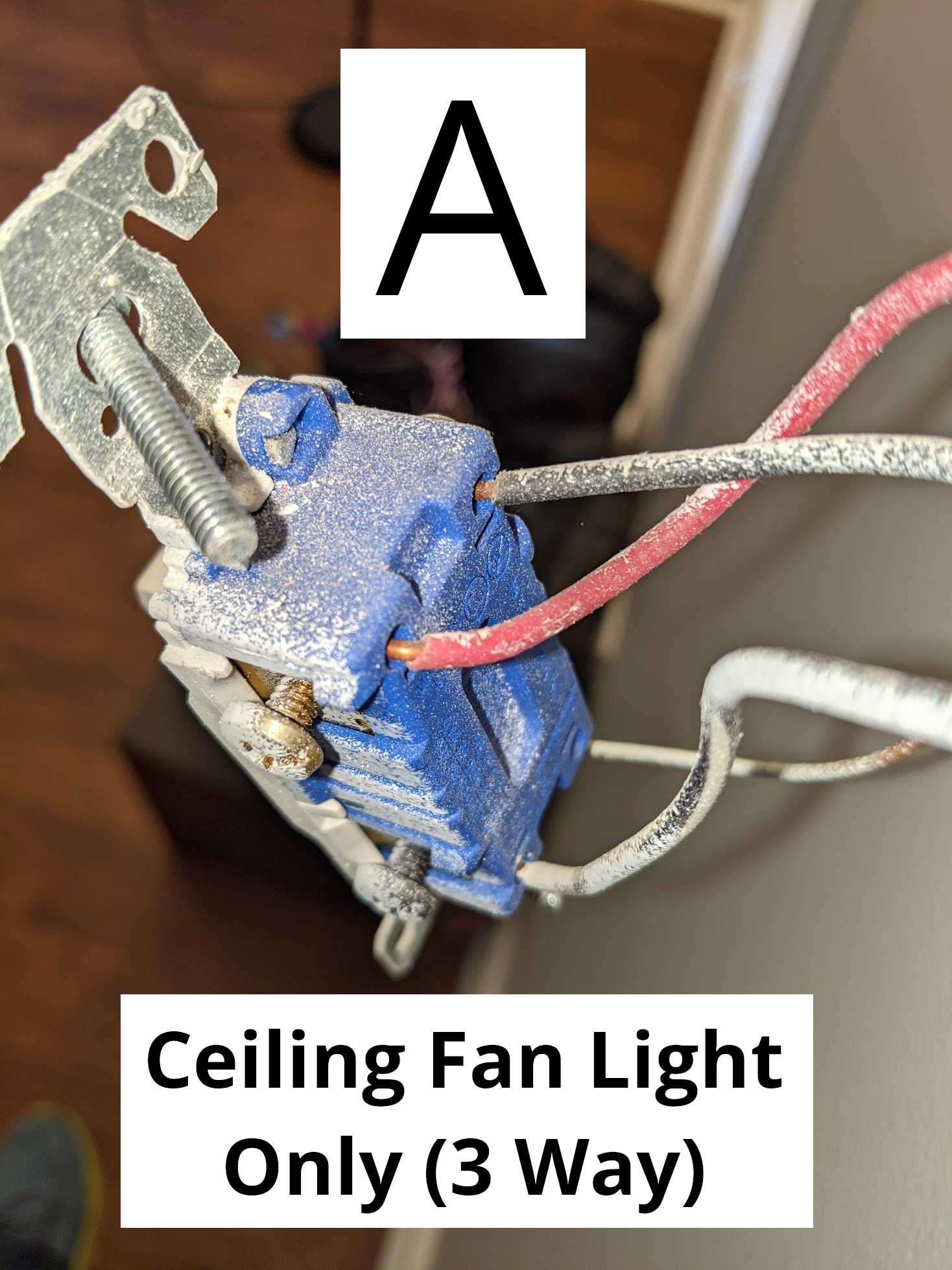 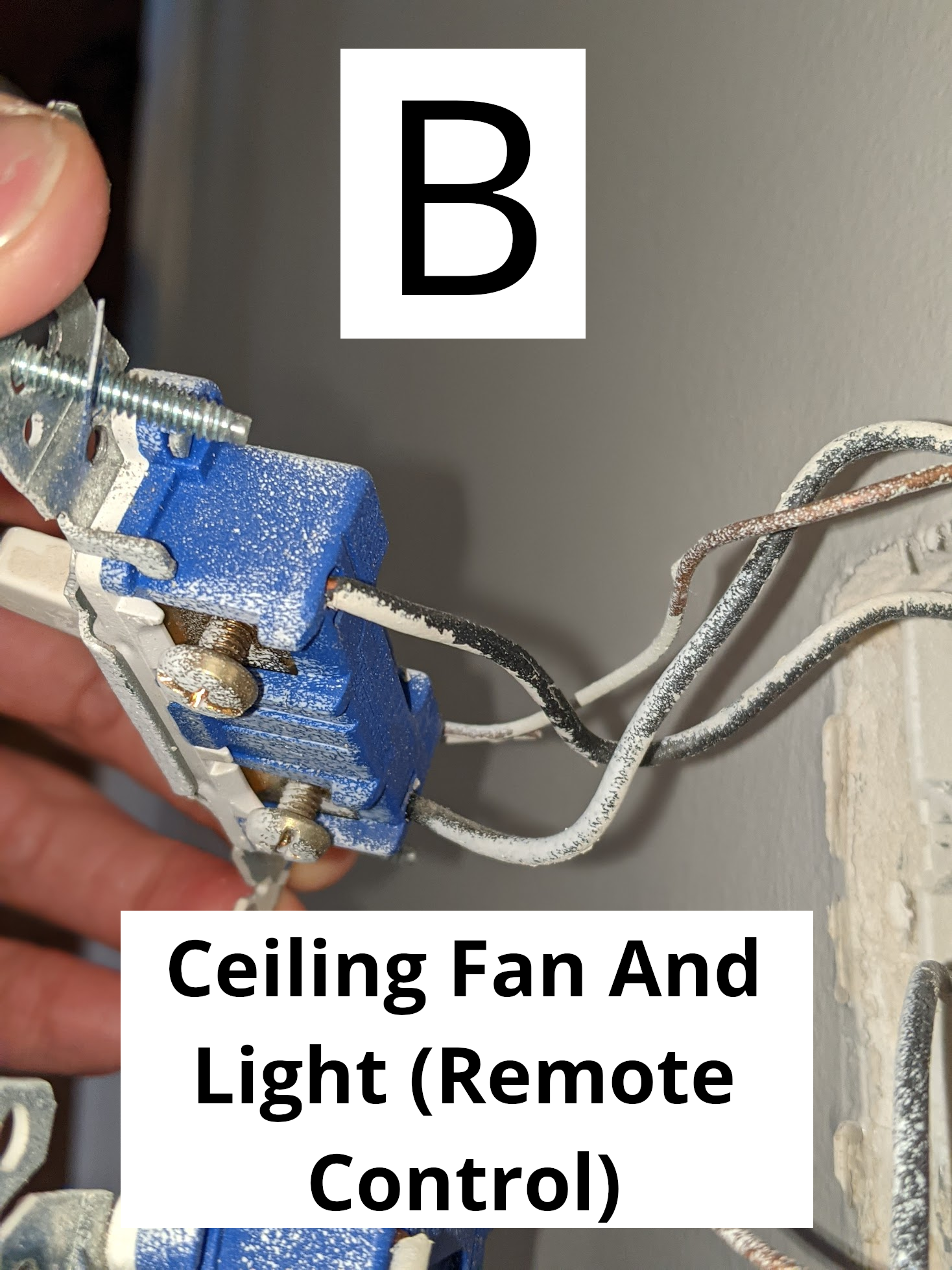 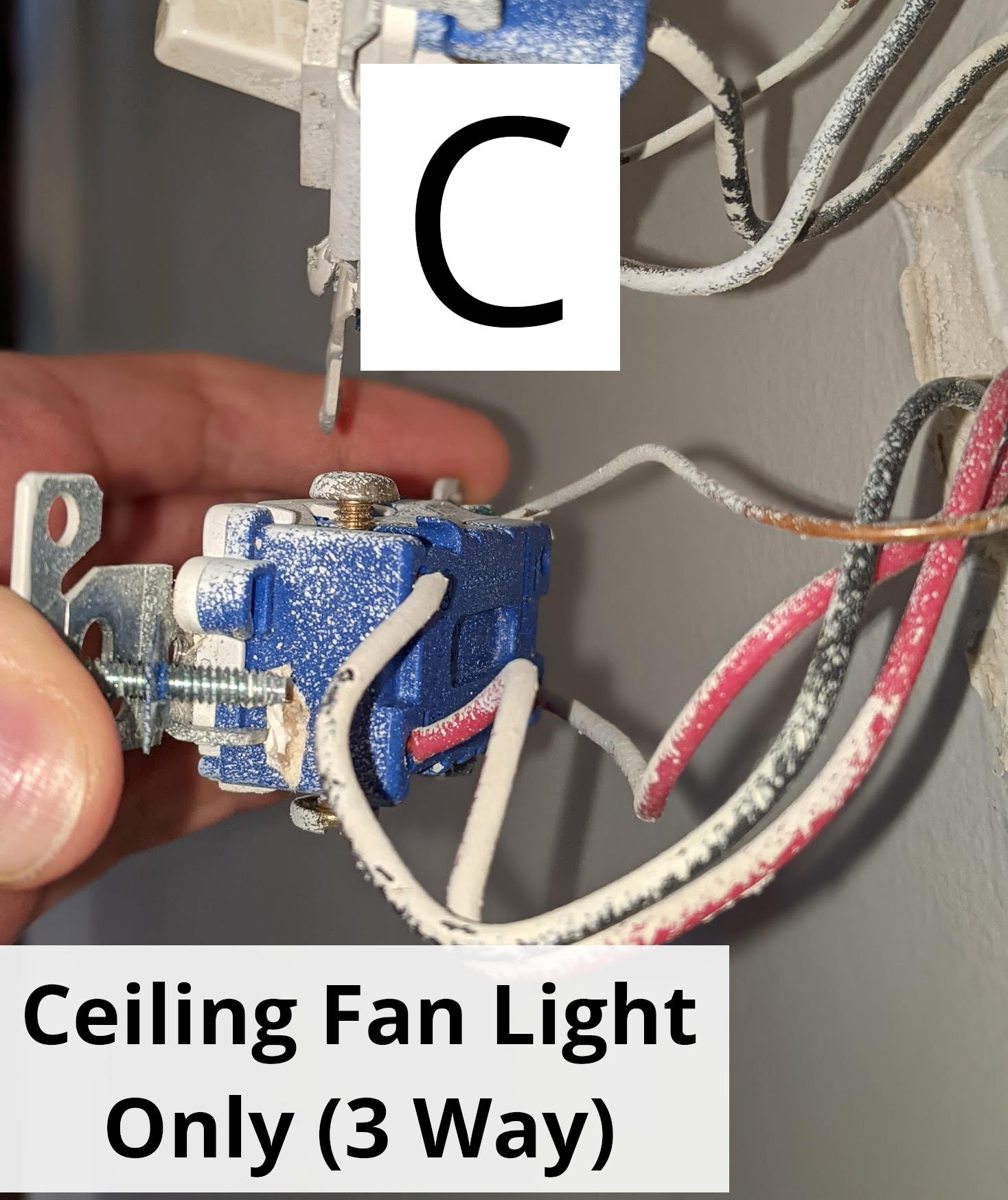 When the two 3-way light switches (A and C) are giving power to the ceiling fan light, the light is on and the "toggle light" button on the remote does nothing regardless of what position the ceiling fan switch (B) is in.

When the two 3-way light switches (A and C) are not giving power to the ceiling fan light, and the ceiling fan switch (B) is off, then the light is off and the "toggle light" button on the remote does nothing.

I haven't looked at the wiring for the fan so I could be wrong, but nothing else really makes sense to me.

So my first question is, if this is right is that safe to have two sources of power go to one single light? Would that not provide too much power to the light?

My second question is, can I just replace the two 3-way switches with a smart 3-way dimmer switch and leave the single pole fan switch the way it is?

Edit to clarify: My goal here is to make the ceiling light be a smart dimmable light by installing a smart dimmer. Since the smart dimmers say specifically that they cannot control a fan, I am trying to replace both of the 3-way switches (A and C) with a 3 way smart dimmer switch (DZ6HD and DD00R).

The light switch wiring itself is straightforward

What you have for the two lightswitches is a straightforward 3-way setup with power entering and exiting at the same box. Installing the main smart dimmer in place of switch C and the remote in place of switch A shouldn't be a challenge, since you have separate hot wires for the fan and light running up from the main switch box.

However, your glitch is at the ceiling box

That said, the problem you're seeing with the extra power feed is because the light output from the fan remote receiver got wired in with the switched-hot for the lights, putting the two control sources in parallel with each other. This should be trivial to fix while you're in working on this; simply un-nut the receiver's light wire from the rest of the wires it's connected to and cap it off with its own wire nut.

3
How can I control two ceiling fans and lights with one single pole switch?
0
Can a ceiling fan's speed be controlled with a light dimmer switch
1
Can my remote controlled fan/light also be controlled with existing wall switches?
2
Wiring a ceiling fan and light switch with two three-cable wires
2
Ceiling Fan & Light, replacing 2 switches from ON / OFF to Fan / Light Dimmer control
1
Replace 3-way switch with one single pole dimmer
0
Can my LED fan light that's hardwired to a dimmer switch also be controlled, ON/OFF, by the remote it came with?
0
Help with wiring smart dimmer where 4 switches control ceiling lights