Sistering a joist with no space on any side

I am doing some work to the area underneath my master bath. While opening up the walls we found some large holes drilled into the joists for the plumbing running through it. In one case I have two partially overlapping 3" holes 1/2" from the top of our 2x8 joist.

I'm not sure what my options are for sistering a new joist. Is there anyway for us to have a spacer so that the new joist can be on the other side of the joist running to the front of the house? Or will I need to build a temporary wall under the short 2x8s to support the short 2x8s while I put a new joist between the old joist and the short 2x8s? Bonus points if you can tell me what the short 2x8s are called so I can call them something other than the short 2x8s.

I plan to call a structural engineer in a couple weeks but would like to get an idea of what we're getting ourselves into. 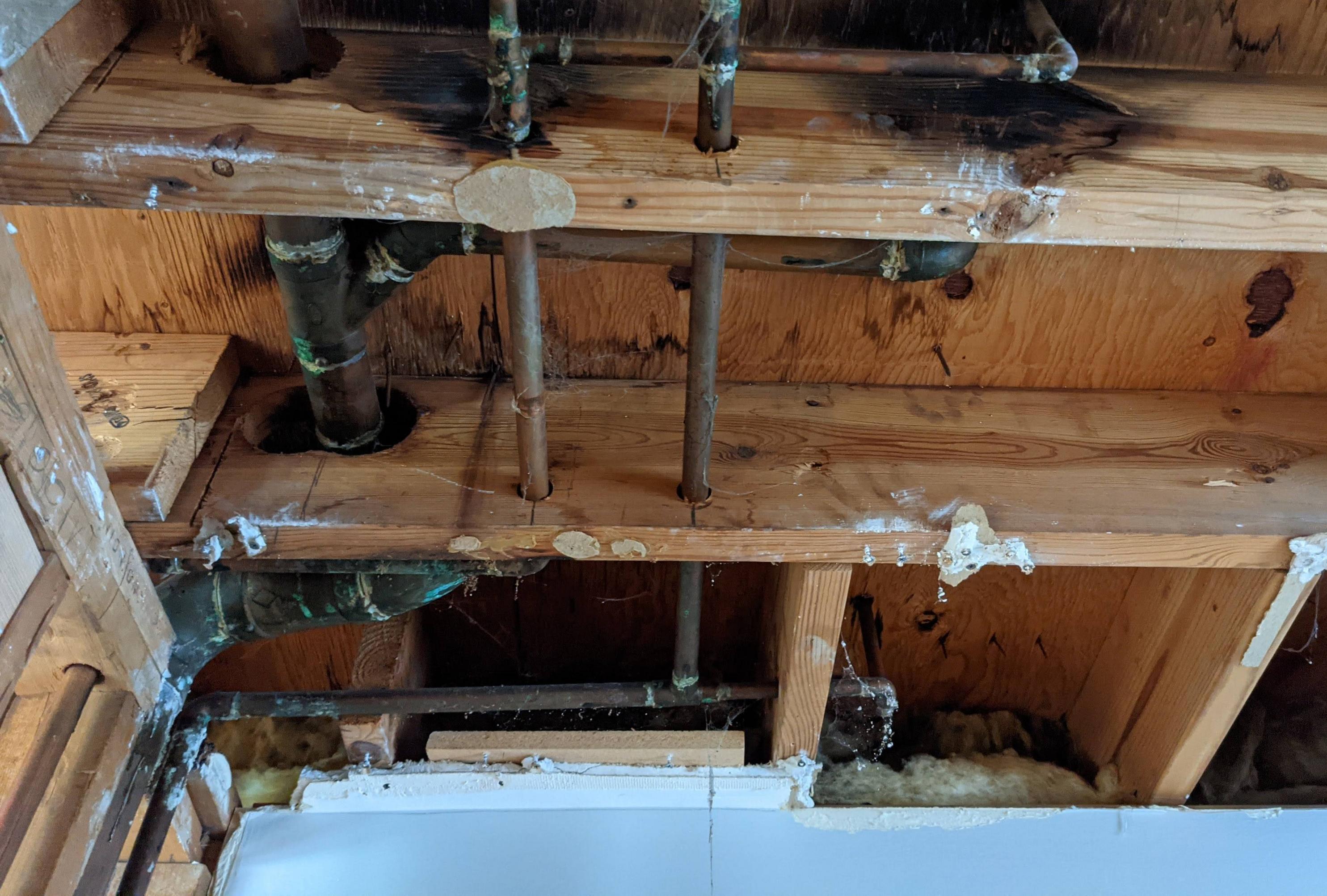 Yes, you can use spacers. Even vertical 2x4 blocks every 12-16" would do. Just fasten it all together very well with 16d nails, construction screws, or bolts run through.

You can also probably trim back the interfering joist to the center of the bearing wall, giving you half the depth for your new joist.

Or, replace the joist completely. A temporary wall under the cantilevered joists would let you slip a new joist in place. Just watch for uplift when you pull the nails in the first one. Sometimes cantilevers were badly done and there's actually more weight outside the exterior wall.

Not the answer you're looking for? Browse other questions tagged framing joists hole-repair or ask your own question.

2
24" on center framing
1
How to connecting addition frame to existing rim joist
0
Joist hanger too low?
2
Short joist not continuing through kitchen soffit foiling remodel plans
1
How to treat joist that has wet rot before sistering a new joist to it
41
How to reinforce a joist with plumbing running through it?
2
How to fix a joist that has been cut out
4
Sistering Floor Joists