Cannot turn on breaker switch after turning it off

I turned off each circuit breaker in my electrical panel to understand which switches controlled which devices, and now one of them immediately goes to the middle (tripped?) position when I turn it back on.

Last week, I installed a doorbell camera. I thought I had turned off the breaker before beginning to work, but had flipped the wrong breaker switch. I figured that out when I connected the cabling to the doorbell and saw sparks. Since it was the last wire, I just connected it and completed the install. The doorbell worked correctly.

I wanted to work on the doorbell again today, and thought I'd start by correctly identifying which breaker controlled the doorbell to safely power it off before beginning work.

I turned off the breaker switches 1 by 1 until the doorbell lost power. It was one of the last switches in the second (outdoor) panel, so almost every switch was in the off state at this point. When I went to turn on the other switches, a separate switch controlling a circuit in the garage would immediately return to the tripped (middle) position when I turned it off and back on. The circuit with the doorbell works correctly.

What might have caused this, and how can I get the breaker switch to turn back on? 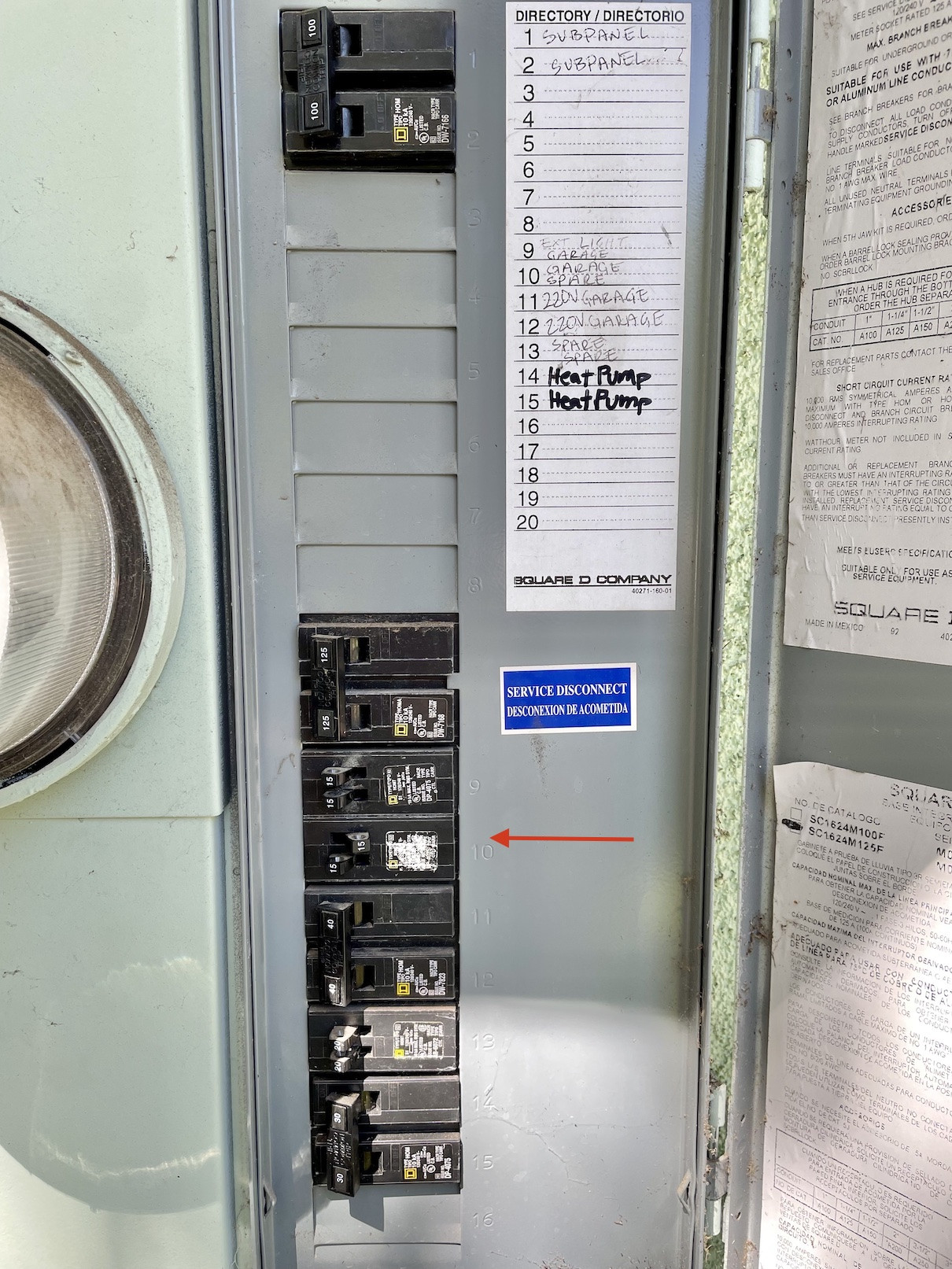 This is easy to diagnose. If you are comfortable working in a live panel, take off the cover plate and remove the black wire from the troublesome breaker, to be doubly safe, you might want to turn off the main breaker first. Once you've removed the wire, turn the main breaker back on and try to reset the breaker, if it trips or won't reset it's dead. If it does reset, turn of the main breaker again and swap the disconnected wire with a wire from another breaker. Literally swap them. If the problem originally observed with the supposedly troublesome breaker "follows it" to the other breaker, you have a bad wiring problem, a direct short, which while uncommon does happen and can be quite dangerous as in causing a fire.

If the original breaker, now serving a different circuit still won't reset, it's def a bad breaker. Even if it passed the "no load" test I mentioned earlier, it may take some sort of load to make it behave badly.

If it turns out to be a wiring problem (the fault was followed to the other breaker), about all you can do is determine which outlets are on that circuit, pull them, look for damage, disconnect them, and check for continuity between the hot and neutral on both the incoming and outgoing cables. Obviously there shouldn't be any. If you find continuity on one end, you'll probably find the other end too. That will tell you where the problem lies.

I've had rodent damage at a previous home that did cause an actual short, found an electrocuted mouse in the wall that had chewed thru the cable and shorted it out. True shorts are rare, but they do happen.