How should I mount conduit to my wood-laped siding?

I was thinking about using superstrut to hang conduit on the side of the house, but hangers would be easier because siding is wood-lapped so it is not a flush surface.

I'm open to other options as well: 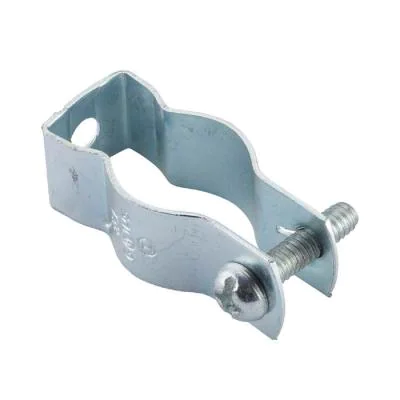 Here is what the siding looks like (roughly, I found the picture online. Mine is painted, but otherwise similar) 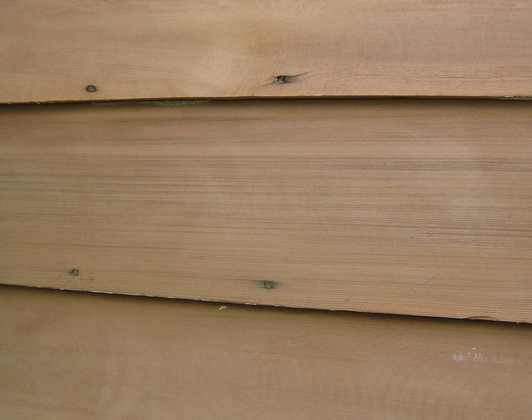 For EMT (anyway) the spacing is pretty clear - I can't recall if it's the same or different for other types, but it might well be the same.

Within 12" of each box. 10 feet maximum spacing (1 clamp per stick of conduit, minimum.) You can do more than the minimums without an issue. You can't do less than that. So a typical 20 foot run would need at least 3 (both ends and the middle), or go wild and use 4.

Despite being called "hangers" a random manufacturer or dealer page I visited indicated that the device was "suitable for horizontal or vertical installation." To be persnickity you would verify that the manufacturer of the specific device you purchase says the same, (so that you are "using it according to its instructions or labelling") but that's likely universal.

I would use short hot-galvanized or stainless steel lag bolts. Length should be such that they don't go more than 1-1/4" into the studs, and I would put them on studs, by preference, rather than just siding, and I'd spend the dime or so on a washer as well. You could probably get away with less, if you wanted to. I prefer not to have to revisit work later when it rusts away or pulls out.

Those hangers will stick out and potentially catch on clothing.

I would use saddles. 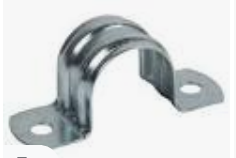 Not the answer you're looking for? Browse other questions tagged electrical wiring electrical-panel conduit nec or ask your own question.

6
How can I mount a security camera on the outside of the house?
10
How can I adapt a wall outlet to suface mount conduit?
2
BASEMENT EMT CONDUIT + 12G THNN WIRES + NM-B
3
Looking to setup a 100Amp panel in my attached garage and have ideas/questions
0
Problem encountered with installing an exterior light
1
Is this plan for running a circuit in buried conduit correct?
3
Replacing electrical panel halfway embedded in EIFS stucco
2
Code compliance of custom wooden surface "conduit" in garage
2
Wiring an AC disconnect during rough in phase of new construction?