I was recently trying to replace a ceiling light bulb in my apartment and broke the cover. When I started looking for a new one, I realized that I haven't really seen this kind of light fixture anywhere else before, and don't know what it is called. I tried a cover recommended by Home Depot but am struggling to get the cover on, to the point where I don't think it is a match for the type of light. The light fixture has three "s" shaped metal hooks that the cover is supposed to attach to, and these hooks can move up and down. Does anyone know what this kind of fixture is called? Image below. 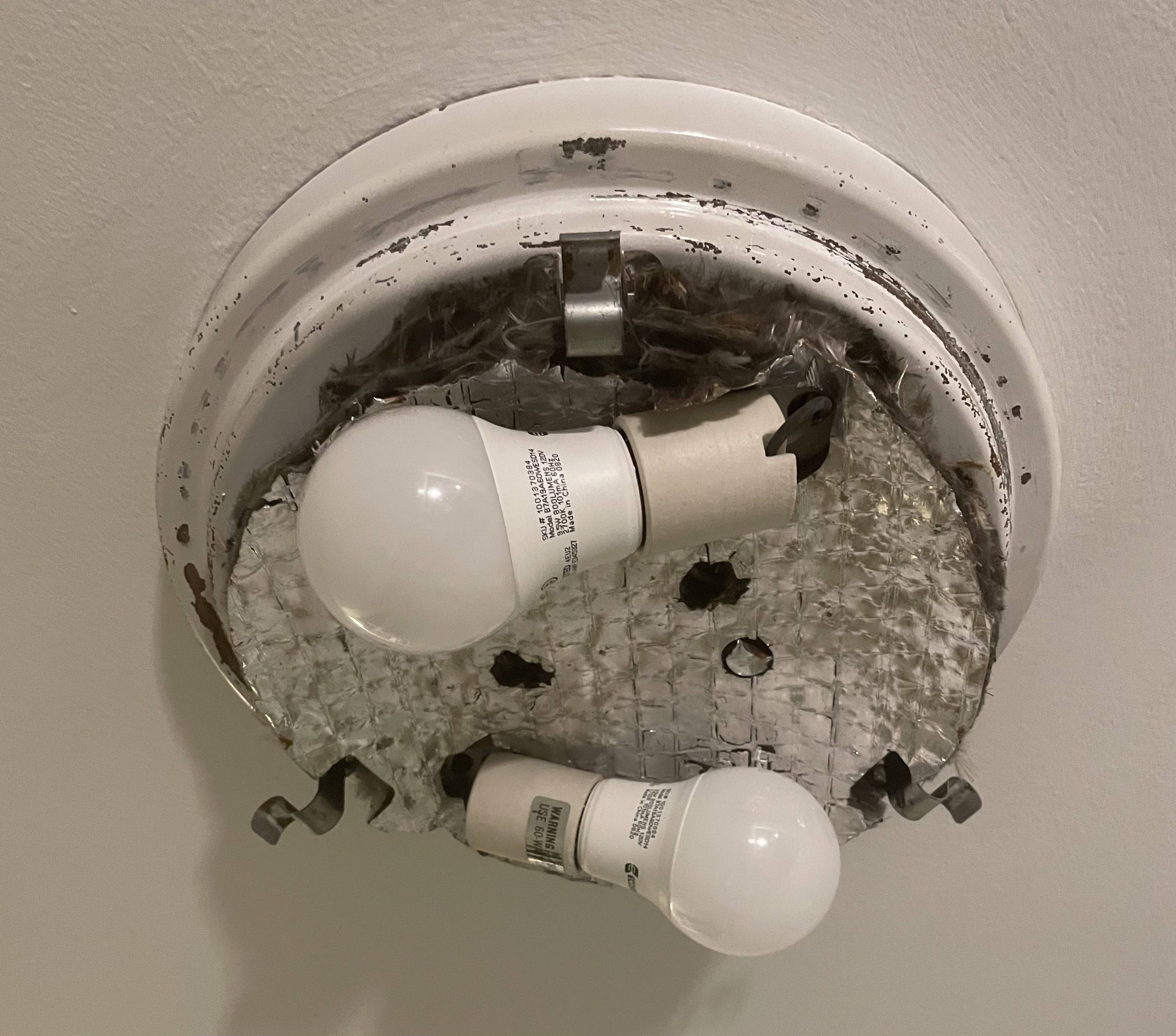 The part your looking for is normally called a "globe". Even if it wasn't globe shaped, that's usually what the "cover" is called.

Since you're in an apartment, you are most likely not allowed to do any electrical work, such as swapping out the fixture (as suggested by DMoore), which is what would make your life much easier than trying to replace it on your own. The NEC (adopted nearly verbatim by most municipalities) prohibits anyone but a licensed electrician from doing work in a rental property to ensure that you don't accidentally endanger someone else's life and that the landlord doesn't do shoddy, not-to-code work because it's cheaper to do it himself, and thus, endanger your life.

Instead, swallow your pride and talk to the landlord/management and let them know you broke the globe. There's a possibility that they have a stash of globes just in case, or that they'll put up a new, replacement fixture complete with a new globe. It might come out of your damage deposit, or they may allow you to go purchase the fixture of your choice and have their electrician install it. Either way, it'll be less frustrating for you.

You are much much better off buying a new fixture or repurposing a working light fixture from a salvage material place.

A simple fixture like this can be had for $30 at big box or $10 or less at a salvage material place. You will not get a cover to fit on your lamp unless it is almost exact due to the nature of the clips it has. There is just no use putting that much time or effort into something this specific.

Also unless you got the exact model you need - you won't - this could be a safety issue as it could eventually slip off. Just not worth it. Get something else with a cover (go LED), turn off power to the circuit, swapping it takes 20 mins, and you will have spent far less time than trying to track down the glass for 3 weeks.

Note: Given this style of housing you should get glass that has tabs that connect that you could physically screw into the outside ring. Again this may cost as much as a fixture and may look terrible.