My house has 2 main connections (240v). It has 2 meters for each connection. It's a multi-wire (shared neutral) setup, I think. The house used to be two houses joined into one, with 4 circuit breakers (2 per side )

Inside the house all the outlets work, but I noticed the lights getting dim or bright on both sides of the house, and things like my coffee grinder operating at what seemed like only 10% power.

I had an electrician come by and he measured the voltage coming in from the pole on the roof (before the meter) and on one side it was 80v and on the other 150v. He said it was a problem with the transformer or the neutral line out to the pole, and to call the power company. Problem is where I live it's easier to move houses than to get the power company to show up. He also didn't test any of the receptacles in the house or test lines from and out of the circuit breakers.

One thing I'm thinking is that the neutral has some corrosion somewhere (possibly at the meter connection) or is just not attached correctly at the ends? Would this cause the behavior I'm describing?

Is it possible that one of the outlets is causing this problem across both houses?

Here are some photos of this disaster: 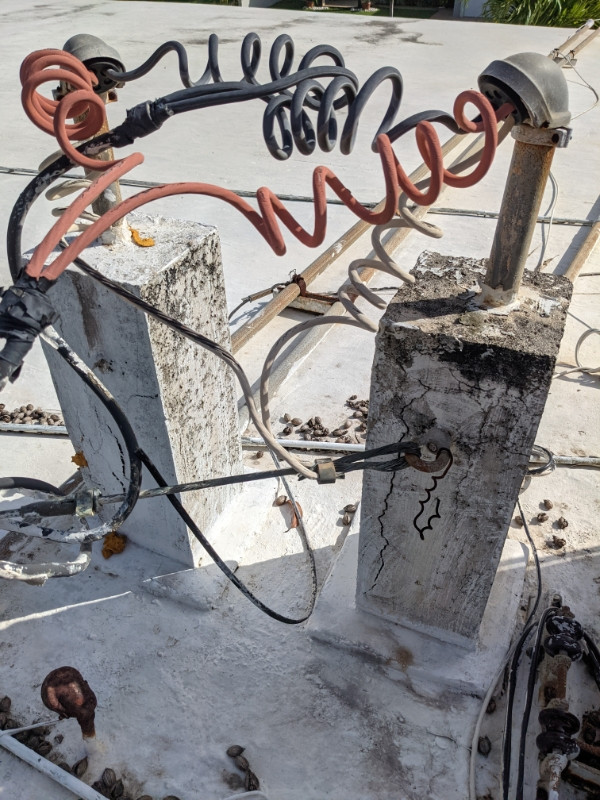 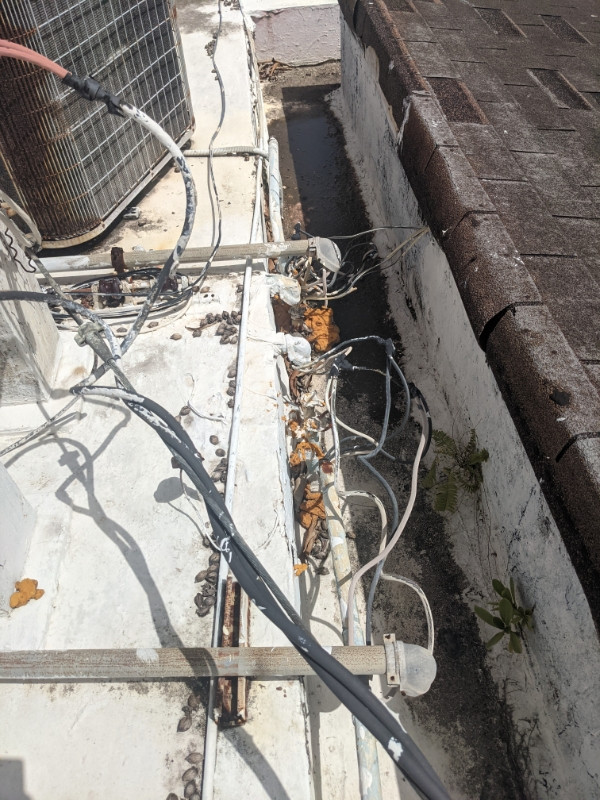 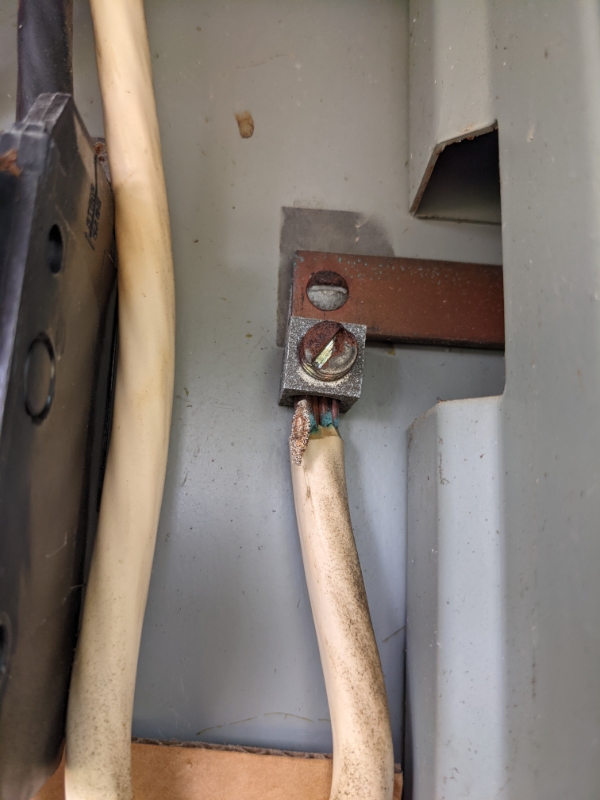 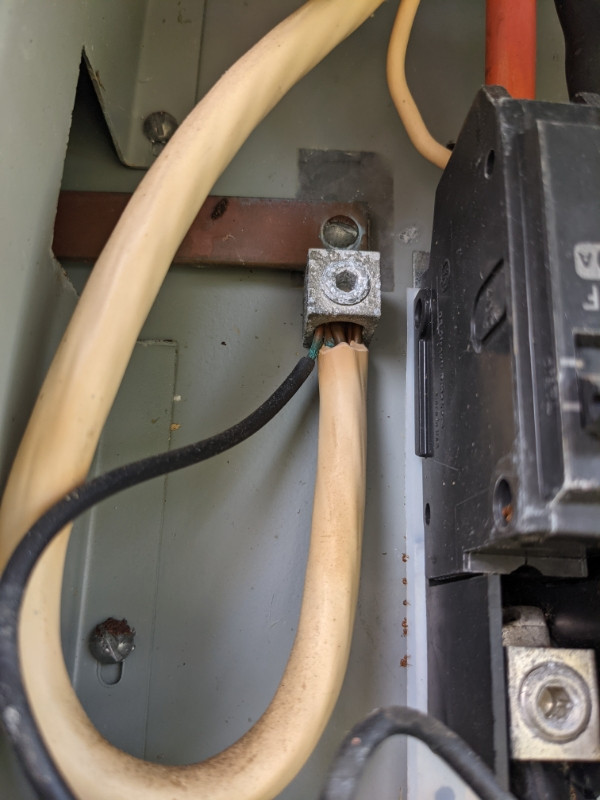 What you have here is a bona fide electrical emergency, even more so than a mere power outage, so do what you must to light a fire under your electric utility, before this lights your house on fire! (If it means telling them your neutral's down, it might just mean that...)

Call the power company emergency number and report an outage.

The only way this fixes is they roll a truck.

This happens all the time. The service drop (overhead wire from pole to weatherhead) is whipping in the wind all the time for 40 years, getting metal fatigue. The neutral is the bare wire which carries the physical weight of the other wires. So naturally, it breaks first.

You haven't gotten help so far because you've been fiddle-faddling and prevaricating. This is all on you. Granted, coming at the issue for the first time, you can be forgiven for not knowing what you were dealing with. But you did pull in a pro, and the pro told you precisely, and told you what to do. And none of this is a surprise.

And I bet when you did call, you made it into a long story all about your problems. The CS agent was able to parley what you said into an excuse not to roll a truck. Because the agent is paid to, and they go to extensive trainings to teach them NOT to send bucket trucks where they are not needed. CS agent did their job, and you chalked it up as "being exactly what you expected". Confirmation bias.

And here you are for a second opinion. Just do it, already! It's free.

Yes, at 11 at night or whatever time it is now. Half the time the trucks are just sitting around anyway waiting for emergencies.

Call the emergency number, and report a genuine outage. Your power is out.

The magic words are "my power is out. Half my lights don't work. Electrician was out".

Don't go so far as to mentioning that it's out because you turned off your main breaker.

In fact don't say one more damn word. Do not start story telling. Just say "my power is out" and STFU. Any followup questions, give 1-word answers.

When the actual lineman arrives in the truck, grab a mask and tell him "yeah, it's a lost neutral on the pole or weatherhead. My electrician confirmed it." (Don't go so far as to saying what exactly the electrician did).

When we detected a lost neutral at my complex, I had it fixed inside an hour. On a Sunday. And I had to get the site electrician to open up the panel before calling the PoCo, because that's how I roll.

What was interesting is the lineworker also spotted a failing hot at the neighbor's, and that it would fail soon. In fact, it already had, and the neighbor reported that half the lights were out unless they turned their oven on, and the oven didn't work (classic lost hot). The point is, the neighbor suffered through this for possibly months!! Without ever reporting it.. Don't be that person!

7
How can I find an open neutral?
0
Need help tracking down possible open neutral
0
Taking a neutral wire from another meter connection?
3
Is one circuit connected to two breakers safe?
3
Possible neutral problem - Utility side vs. Load Side?
1
Subpanel or not? Neutral and ground bonded?
1
Open Neutral Circuit yet all circuits outlets and wiring appear connected
0
Still reading open neutral after restoring power to lights and outlets