I have noticed the refrigerant pipe that is inside the condenser, the one that connects to the compressor, was sweating the other day. I did read on here as far as energy efficiency goes it does not need to be insulated. 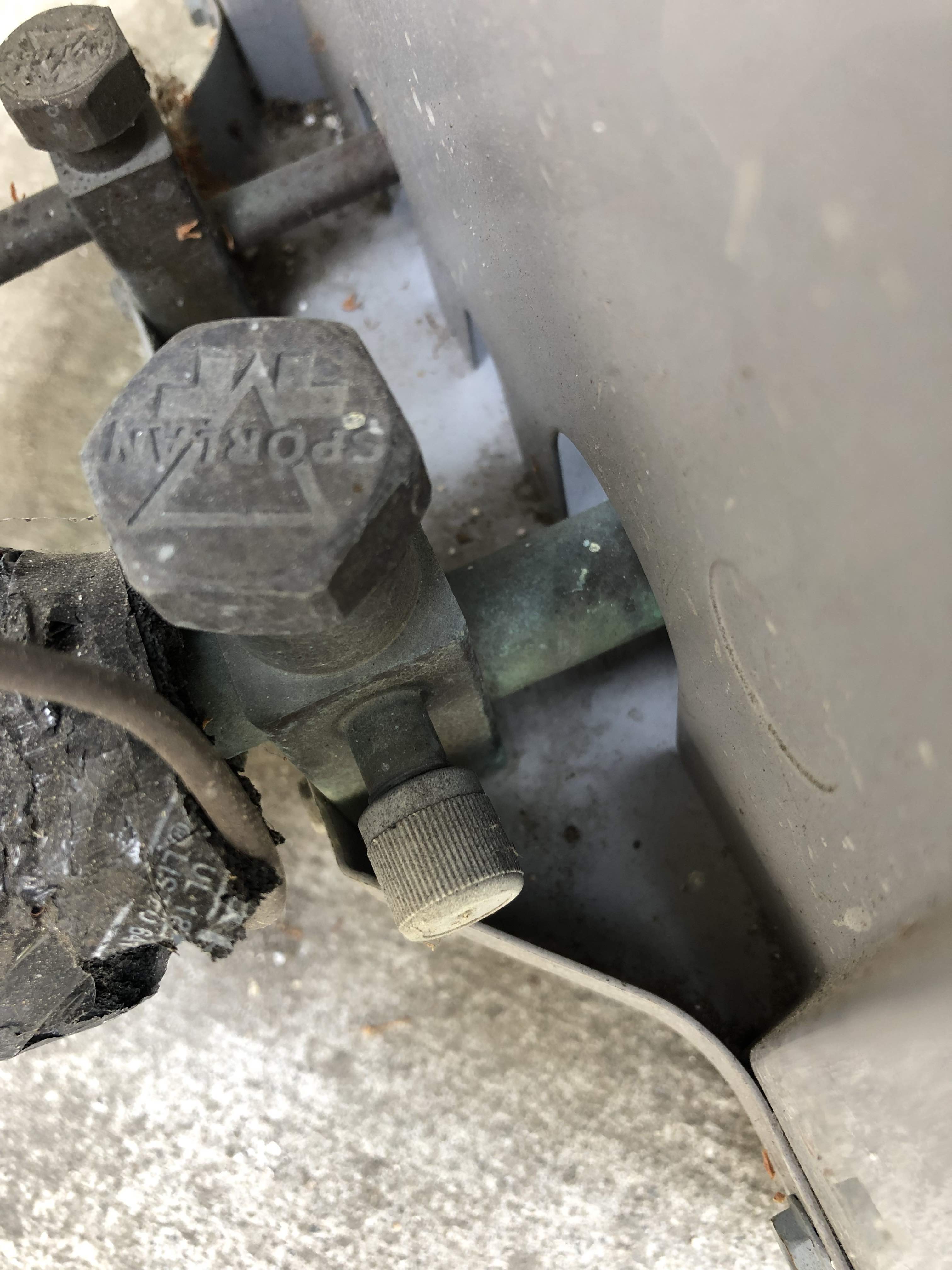 But please see the attached image, the pipe is turning green. Is that corrosion? Should I just insulate that small section? putting the insulation right up against the connector junction?

The corrosion/patina on the copper might seem like a bad thing because you're used to rust on steel, but it's not the same process. Rust on steel doesn't form a good bond on the metal, it expands, and it flakes off, exposing more steel that then rusts and flakes off, etc. It's a destructive process.

Copper an aluminum corrode much, much slower because the compounds they produce are bound tightly to the surface of the metal and actually create a protective coating that prevents further corrosion. Aluminum loves to bond with oxygen, so bare aluminum rapidly oxidizes (corrodes, "rusts"), but that forms a hard layer of aluminum oxide that keeps more oxygen out. The process is similar with copper, but with different compounds.

Those AC components are produced like that with full knowledge that it will have rain and condensation on it all the time. The patina won't be an issue and doesn't need anything to stop it.

Not the answer you're looking for? Browse other questions tagged hvac insulation pipe or ask your own question.

21
What's the most common cause of A/C refrigerant lines freezing?
8
Should I insulate air conditioner coolant pipes?
1
Compressor/fan stays off when cooling turned on
2
AC - frozen tubes, no air flowing when fan on and system off
0
Fill leakage gaps/holes in AC condenser cabinet?
4
HVAC is suddenly blowing room temperature air—compressor, fan still turn on
1
AC intermittently doesn't cool
0
AC troubleshooting
1
how should I handle this into-the-wall section of the refrigerant pipe insulation?
2
Is it normal for a connection piece at outdoor HVAC unit to sweat heavily?