Can a simple cordless screwdriver have neither a clutch nor a variable speed?

For some time now my corded 3/8″ drill doubled as a screwdriver when I had too many screws ahead of me.

This works just fine. I just needed to stop before a screw was seated, and used a manual screwdriver to adjust by feel the pressure (torque) until the head of the screw was at just the right depth.

Since it lacks the VSR designation, does this mean that I will still need to worry about stripping the head of a screw or of driving a screw far too much into the wood? Doesn't the mere fact that it's labeled a "screwdriver" mean that it must have a clutch?

Another important feature that I might be losing when going from a drill to a simple screwdriver is that even the simplest electric drills have a variable-speed bit, through a pressure-sensitive trigger. Do simple screwdrivers suddenly jump from zero to their max rpm? This jump is alright (and expected) on a drill, but lacking vari-speed means that using such a tool as a screwdriver would be rather tricky. I would still need to turn manually the beginning and end of each screw.

It's easy to say "Drills are for drilling, drivers are for driving." In practice there are models on the market labeled "drill driver", which suggests that the line is quite blurry. If anything, a "driver" must by definition have variable speed; no?

But making the jump from a power screwdriver to a full-blown drill/driver requires understanding another issue.

With an ordinary (non-powered) screwdriver, we're used to a format like this.

There are on the market power screwdriver that accommodate both styles of holding the tool. They switch from L-shape to I-shape. 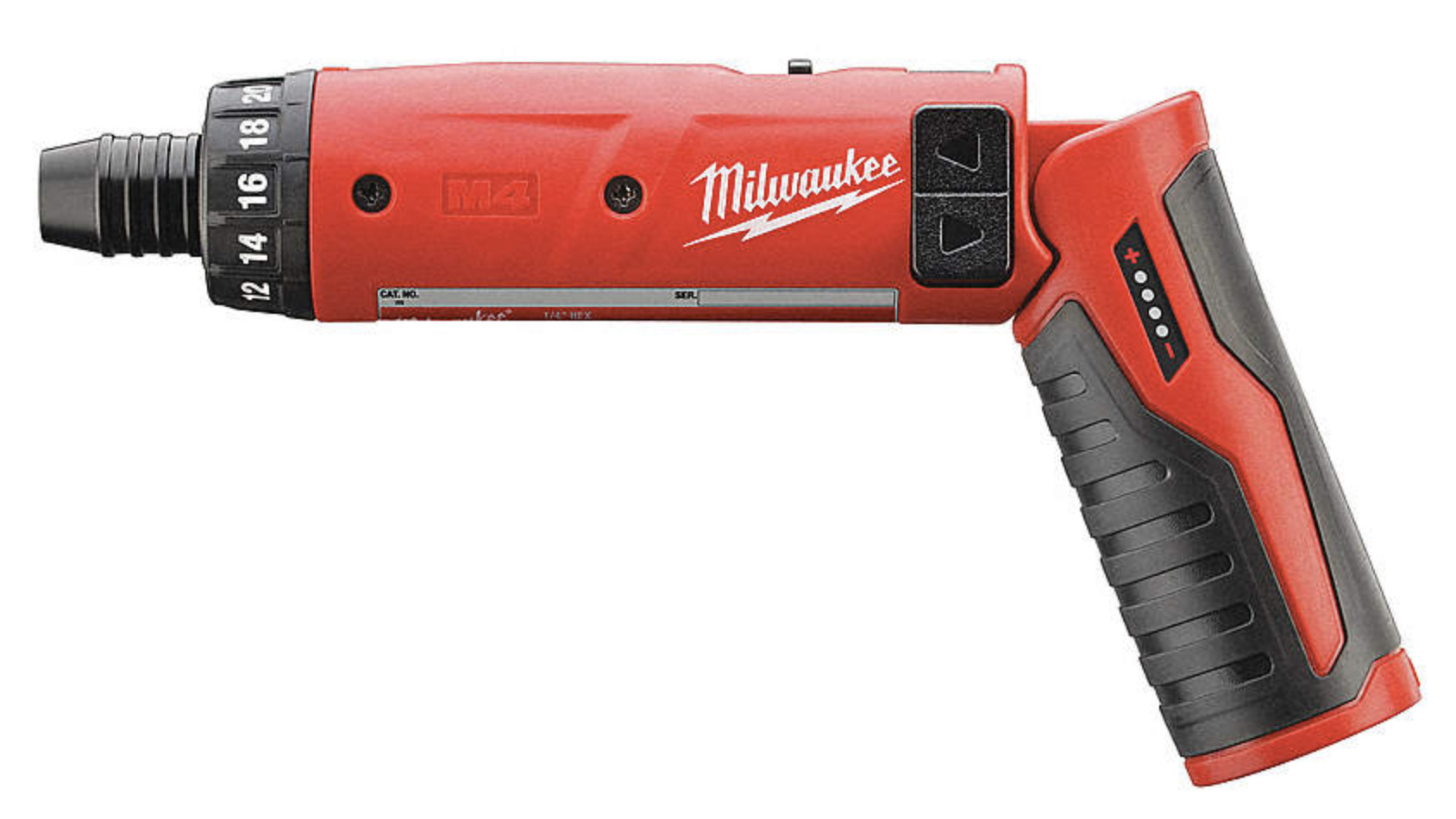 The more serious drill/drivers seem to be made in just the L-shape format. They cannot be held like a pen-screwdriver.

Are you then saying that someone who "makes the jump" will not end up missing the pen-like (or I-shape format) for some usage scenarios?

I'd seriously consider making the jump from "just a power screwdriver" to a full-blown drill/driver. There are a lot of them out there. My recommendation is to pick one of the major house brands (e.g., Ryobi from Home Depot) or a major brand (e.g., Dewalt) so that you can start with a drill/driver, one battery and charger (that's the typical starter pack) and then later when you need other tools you can add them without needing additional batteries or chargers.

The sweet spot for the last few years has been 18V - 20V. Lower voltage doesn't give you as much power and higher is, IMHO, overkill for "ordinary users". A decent drill/driver is going to be a bit heavier than a simple power screwdriver, but a lot more powerful, and of course usable as a drill as well. All the ones I am familiar with have decent variable speed & torque.

When navigating the cordless drivers/drills on the market, there are a several factors to consider.

We assume that, in this day and age, not to mention COVID, you're shopping online and don't actually see the tool until it's delivered and you opened the box.

The line between a driver and a drill is (no longer) very well defined. The factors above will determine whether the tool is one or the other. But the short version is that a (screw)driver does not necessarily mean that it has either a clutch or variable speed. It may simply mean that it is light (one-hand usage) and small (fits into tight spaces).

This is what I use: A speed wrench and a bit holder. You can press as hard as needed, you get crazy leverage, and it doesn't wear out your wrists. Tremendous torque and you can stop on a dime.

Also, it lets me hold the drill back for use as a drill for pre-drilling holes.

Not the answer you're looking for? Browse other questions tagged tools powertools screwdriver or ask your own question.

12
Do I need a cordless screwdriver if I own a cordless drill?
0
Does this Dewalt corded drill have multi-speeds?
0
How useful is a cordless adhesive gun for the DIYer?

4
Can rotary tool bits be used with a drill?
5
Should I be concerned about wearing out the clutch when driving screws with my drill/driver?
1
Can you use a power drill with the exchangeable screwdriver bits on a manual screwdriver?
2
Use impact driver or impact wrench for lag screws?
6
Will I damage a cordless drill/screwdriver if I "over-torque" it?
0
Any hand drill device that can accept any kind screw drivers tools
0
Can I use an "impact driver for concrete" to drill or drive screws in wood?
1
Can/Should I use Impact Driver to drill screws on brick walls?