How to secure a door lock's box and strike plate? It keeps shifting

We recently moved into a mobile home and one of the doors would keep opening.

I adjusted the box and strike plate (just moved them all the way over, shifted it over to the right to be closer to the outside of the door) which solved the problem for a while: 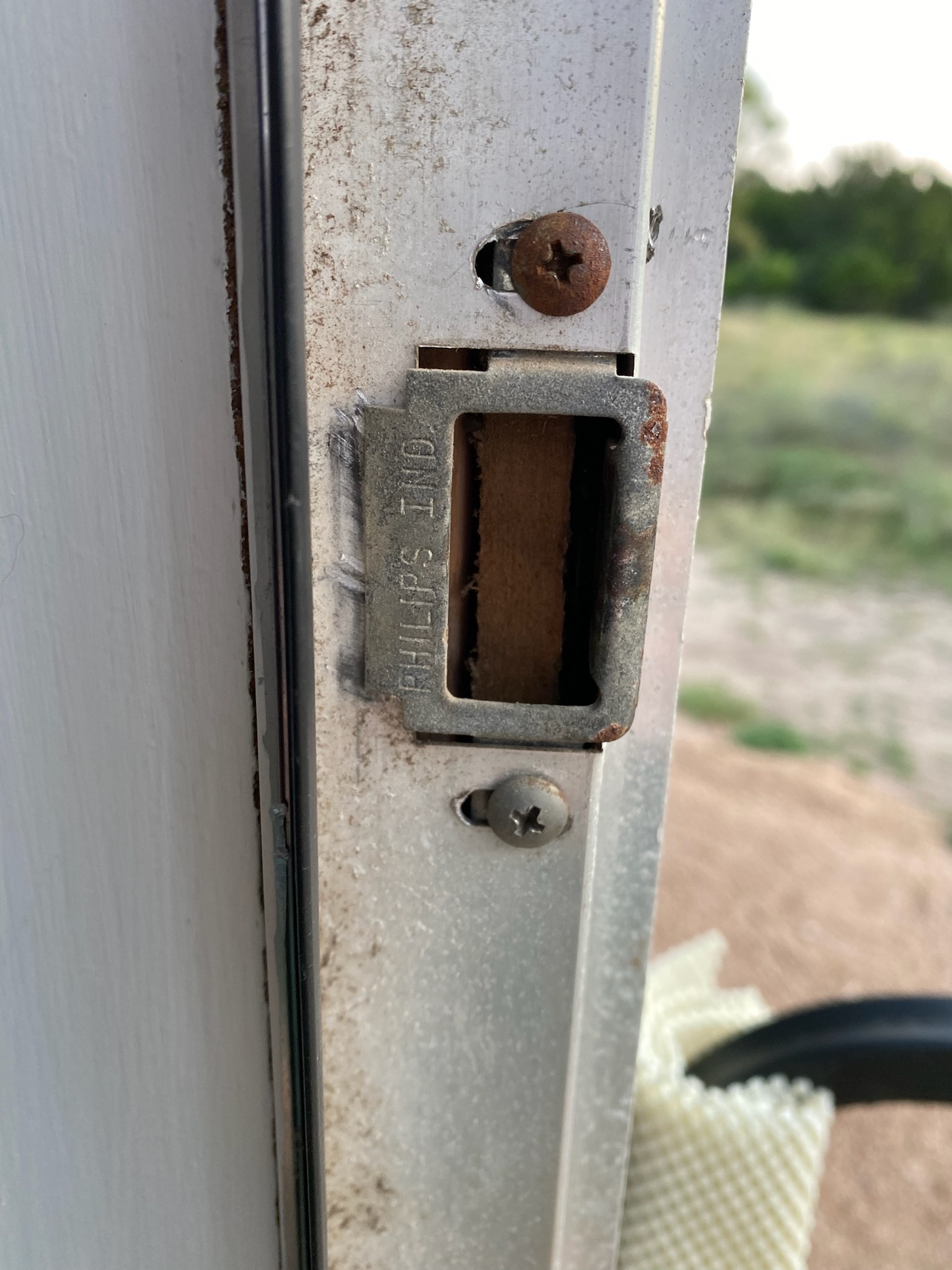 But then it started coming open again and I saw the box shifted left again.

So I moved it back and re-tightened the screw, this time using a power tool, but it came loose again.

The door opens outwards (to the right in the picture) and I wonder if the box/strike-plate are mounted upside down... I can't take them out through the hole though.

Do I have to take the door frame out to flip the box/strike-plate upside down? I just want it to stop shifting left so the door closes properly and stays closed.

I tried flipping the strike without removing the door frame as @harper-reinstate-monica suggested. It's pretty tight in there, the right side doesn't drop into the door frame. 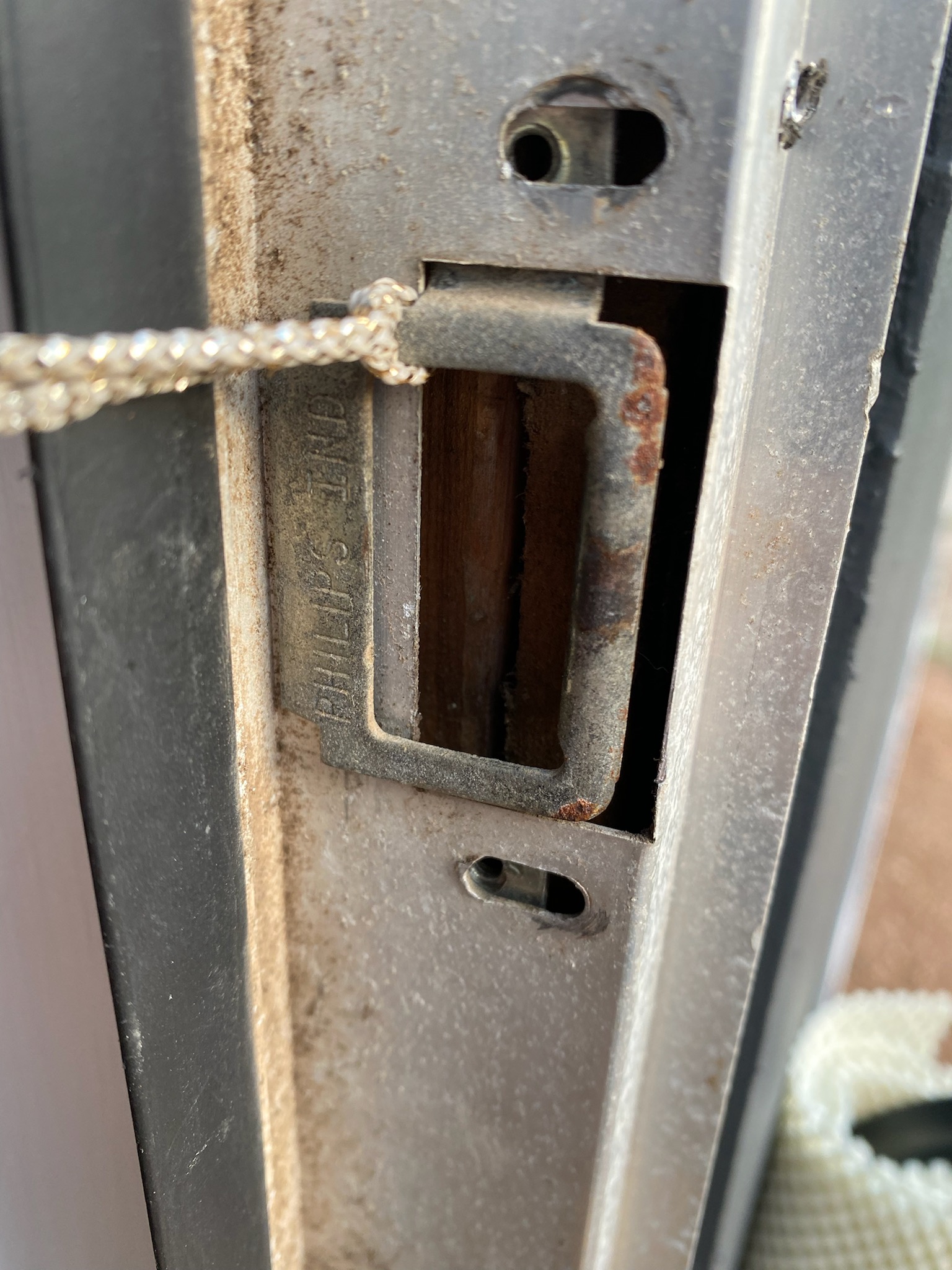 Here is a picture of the door frame as @crip659 suggested: 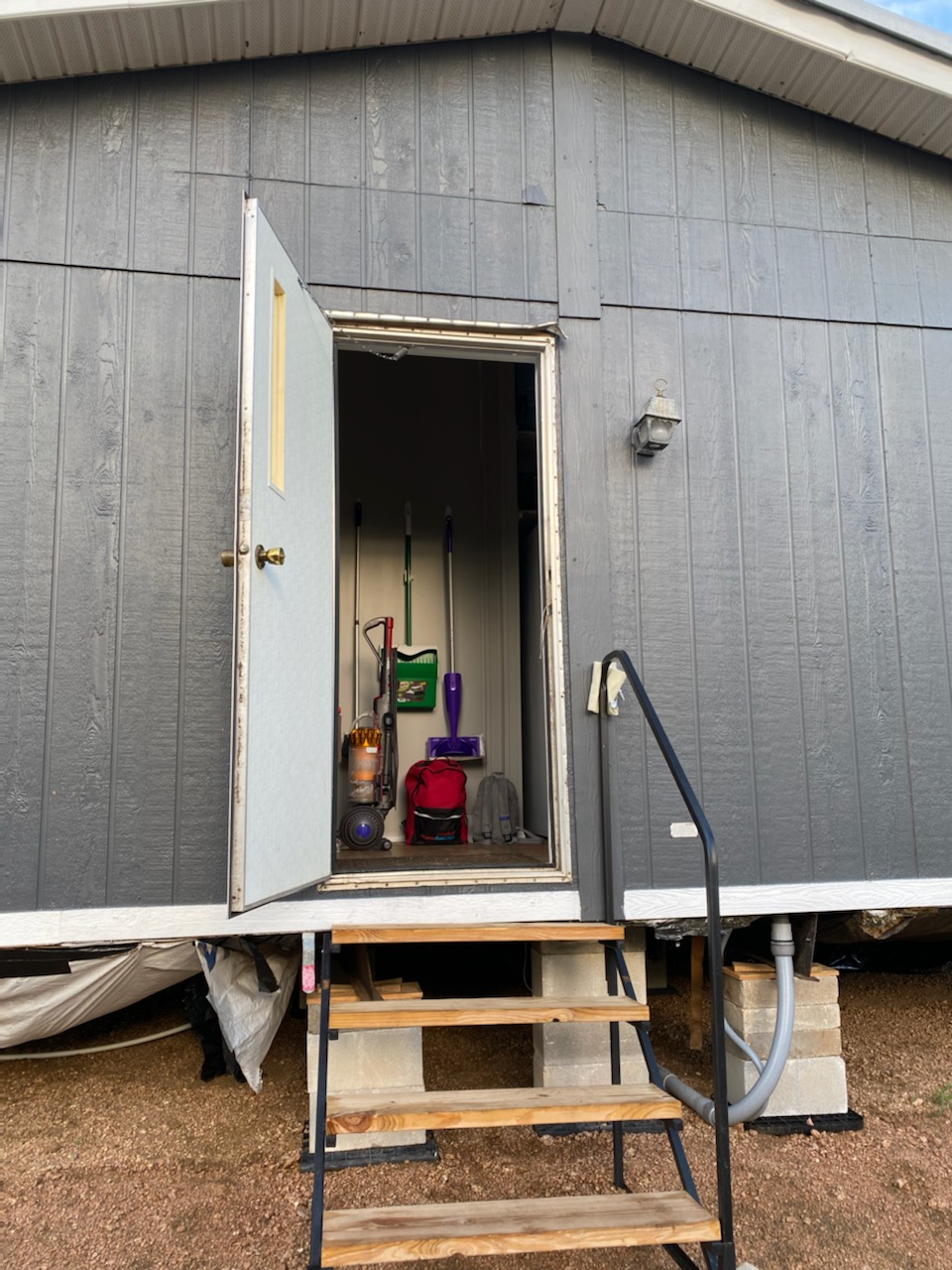 Those little screws are never going to resist the door forces. Not ever. Not even with Loctite,

The strike is upside down

Flipping it over will cause the rectangle to be offset slightly right of the screws. Exactly where you're trying to position it.

How to flip it over, though

The people who designed this door were not morons. The strike is designed to be removable through that hole.

Loosen the screws and tie a string to the strike so you don't lose it.

Remove the screws altogether and slide the strike to the left, until the right edge drops into the hole. Let the rest of it tip in also. Then, when it's all in the hole, let it drop down enough to get the top of the strike to come out the hole.

If the builders were nice, they made that space of limited depth so it can't fall too far out of reach. But don't count on it until you know that for sure.

Generally speaking there are 2 grades of thread locker compound. One is removable (taking quite a bit of extra torque to break it loose), and one is not removable (without applying high heat). I'd suggest the removable kind.

If it still slips after thread locker is applied, you may need to go to epoxy.

* You want to ensure that you don't get them so tight that you strip out the threads, of course.

Looks like the screws thread into female-threaded holes in the strike plate. It also looks possibly like there is some wood back there visible through the strike plate. It's hard to tell what the threads of the screw are actually biting into. It's possible if you used a power tool, the substrate may have been stripped, or the screws are stripped. A couple solutions you could try, but just going in blind here without knowing more about the hardware.

Do not use a power tool. This is likely too much torque for the application.

Those appear to be sheet metal screws: they cut their own thread into the tabs of that box. The thread of a sheet metal screw is quite coarse and doesn't lend itself to being tightened (and staying that way) especially when vibration or impact are involved. (photos below are from www.globalindustrial.com) 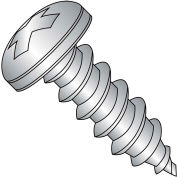 I'd replace the screws, first one and then the other, with a machine screw and lock nut. Pictured below is a nylon lock nut; other kinds are also available. 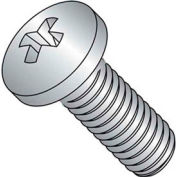 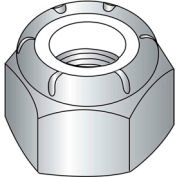 Tightening the screw and lock nut will be challenging on account of the limited access to the rear side where the nut will go. An impact driver can help: hold the nut as well as you can with a straight or curved needle nose plier, then give short bursts with the impact driver. The nut will spin, but hopefully the first few impacts from the driver will tighten the nut a little before the spinning begins.

As an alternative, use a regular nut with thread locker compound. It'll be easier to tighten and probably would hold as well as the nylon lock nut does.

0
How to fully close a door
1
Filling Gap Between External Door Frame and Wall - For Securing Strike Plate Screws
1
Front door frame increasingly out of square
0
How to stop door knob latch from twisting and sticking on strike plate?
1
Adjusting deadlatch so it doesn't fall into strike pocket
4
Can I rehang a door in a metal-clad frame?
2
Doorknob sticks if door closes hard
4
What is this strange strike plate and why does it move?
6
How should I fix a sagging door?