I'm renovating my basement bathroom and feel over my head as maybe this is a bigger problem. First time home owner. What professionals should I hire to assess/fix this issue? Please be specific because I'm new to this, much appreciated. Understanding this is a diy forum, what do you consider when deciding to involve pros on damage like this?

What I did: Moved into this home a year ago, haven't used this bathroom. Getting around to renovating and saw water damaged baseboards. Tore them off, some mold (dark green, black dusty) on the drywall. Cut off the sections while sponging/brushing with bleach solution. Cleaned up the area. Removed insulation. Scrubbed mold off the left side of that first pic.

What I'm seeing: left side of the first pic, load bearing wall, baseplate seems solid with no visible rot. The bottom part of the stud (about 1 foot) has visible rot. Right side no visible rot. Mold seemed limited to that small section. 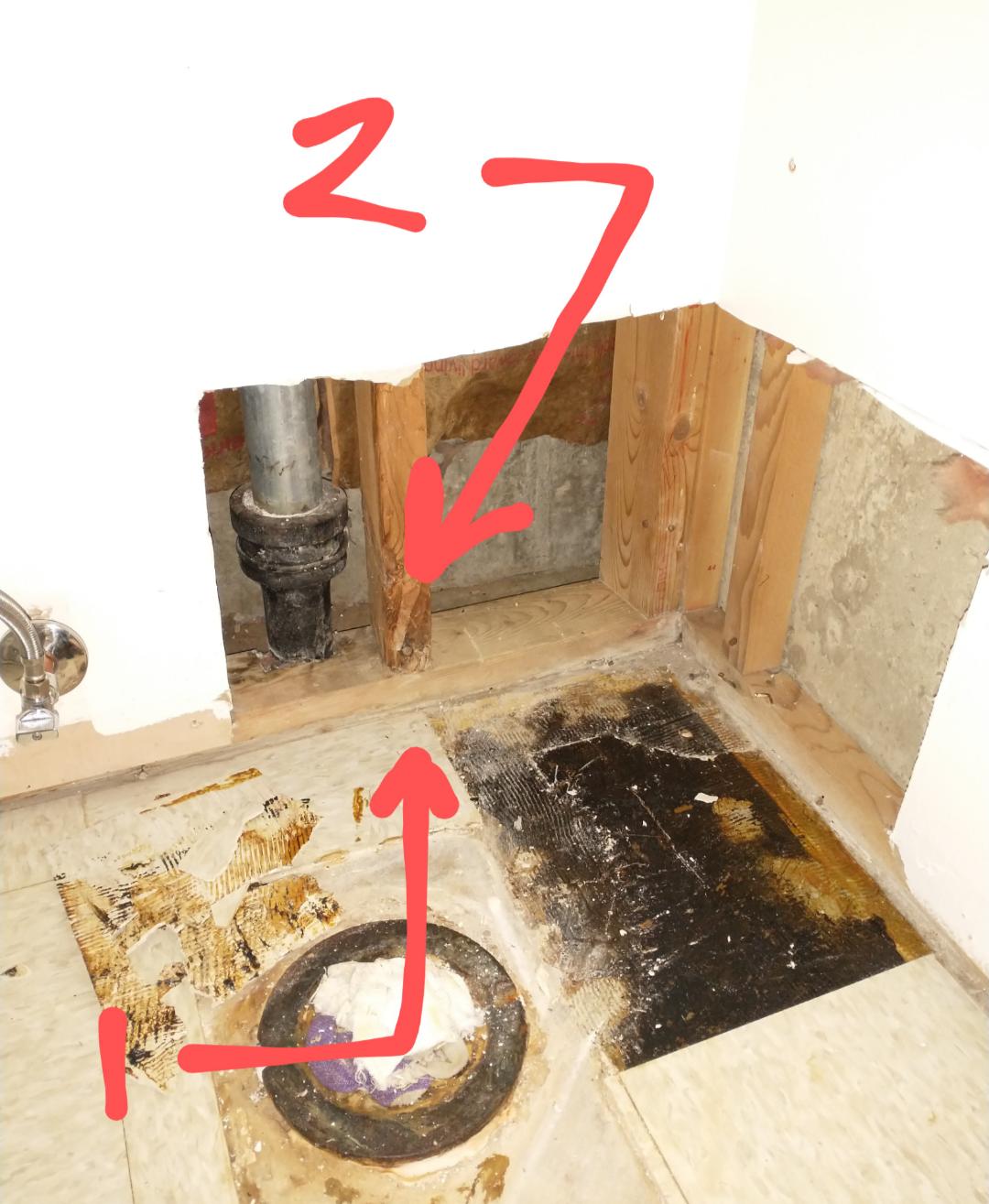 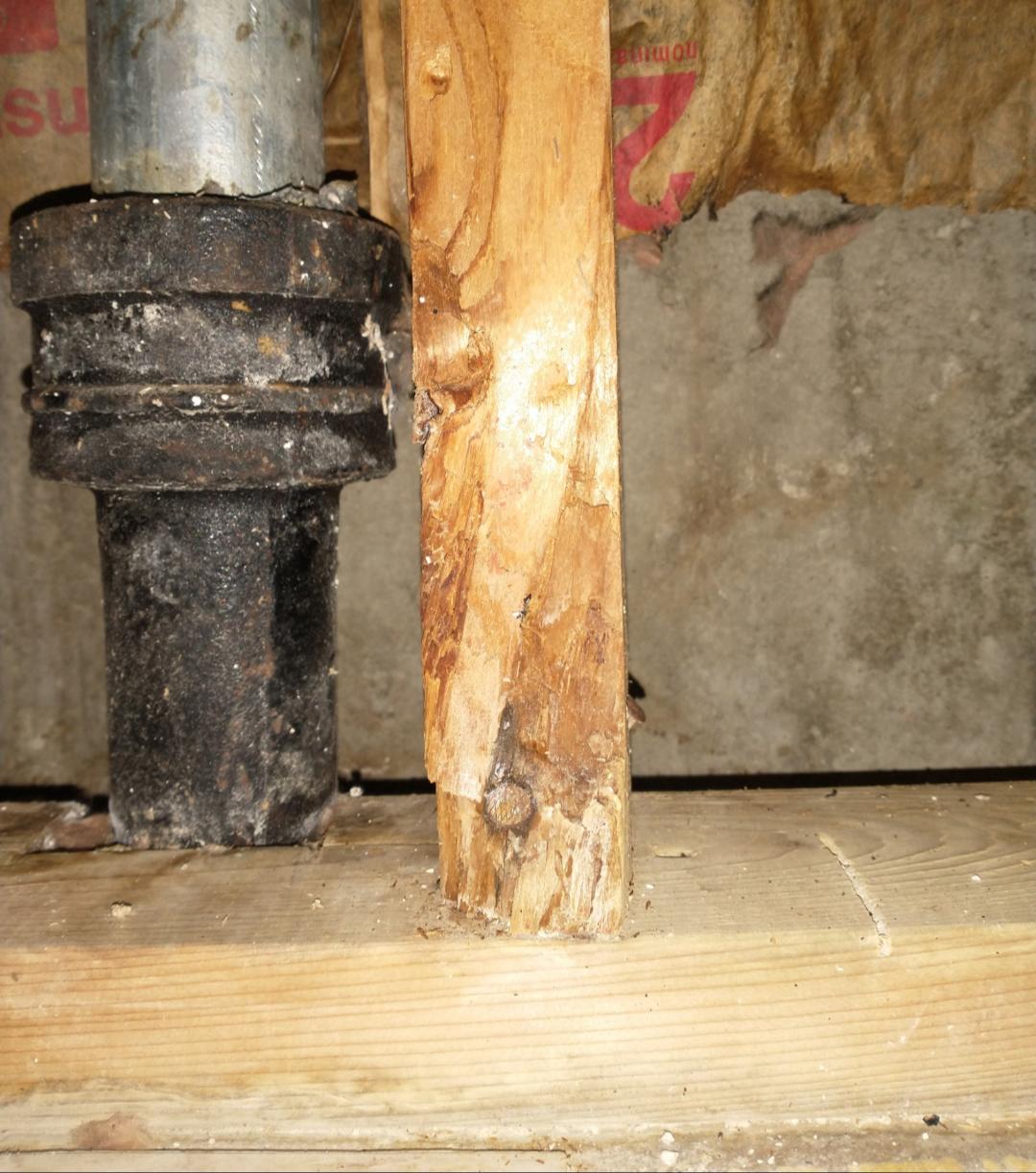 Does that stud seem structurally weak?

Houses are framed and built with redundancy baked directly into the code books.

A single rotted stud is not going to make your house collapse.

Besides, houses with basements rely on the cinder block wall and central beams for structure. It is extremely unlikely that this basement stud is structural.

Your number one objective is to determine whether there is an ongoing water issue in that wall, if so then fix it. No sense in continuing work unless you assess the water situation.

As for that stud I would shore it up with another shorter stud at minimum. Cut away more drywall and add a 3-4 foot stud to the right side and secure with a couple of good screws. 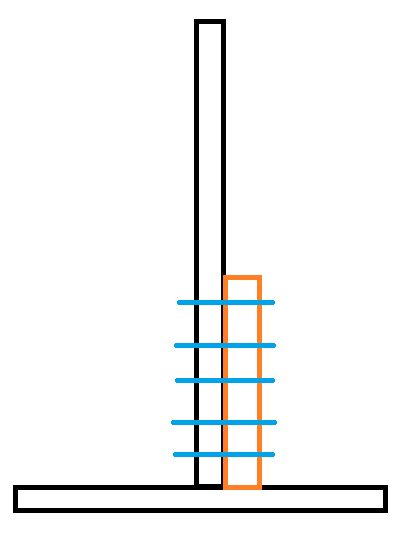 If you have an oscillating multi-tool or sawz-all then you can cut away a short section (2 feet) of the existing stud and replace it with a short piece of pressure-treated stud. This is in addition to shoring up the stud.

If you're literally looking for a professional to call in then you would need either a carpenter or a handyman.

Realistically though, if you're personally renovating your bathroom then this should be easily handled by you.

Additionally, you could just have a humidity/mold/mildew problem and it has eaten away at that stud for one reason or another.

An unoccupied basement is usually fine up to 60% but once you decide you want living space down there then you want to prevent issues as much as possible; hence the 45%.

Not the answer you're looking for? Browse other questions tagged mold studs frame rot or ask your own question.

1
Hanging a new wall with Genie Clips and need to install a few studs. Will this affect the installation?
5
How to permanently remedy a patch of mold on a ceiling from a water leak above?
4
Is spraying peroxide on studs with mold enough?
4
How can I remove a stud from a load bearing wall?
3
How do I ensure that I hit studs and not pipes?
1
How should I go about a partial (bottom 1/5) exterior wall stud replacement?
0
Is this mold or some other substance?
2
Cause of white rot on floor joist