How to seal gap around bottom of shed, between ground and planks?

We started building a shed in our garden. Now we would like to close the sides using wooden planks. To keep the wood in a good state as long as possible we want to leave a gap between the lowest plank and the ground, but don't want water to run into the shed. How could we close that gap? Any ideas what material would be best to use?

We thought about trying to build a concrete lip all the way around but this would be difficult for us and we aren't sure if it's the best way. 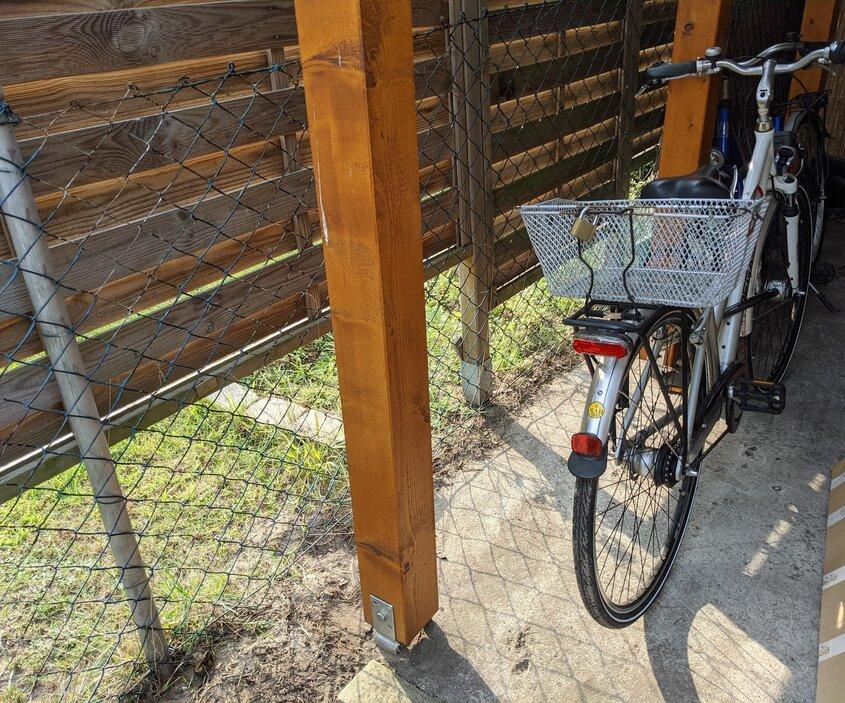 I’d install 2x4’s horizontally at about 24” on center to the exterior side of the posts. (The bottom horizontal 2x4 should be pressure treated.) Then I’d install a cheap wall sheathing (if required for seismic active area or high wind area.)

Installing horizontal 2x4’s allows a moisture barrier to be installed to protect the existing posts, etc. The posts are not pressure treated (no incising) but may be decay resistant if it’s cedar or redwood, but they will eventually rot. For added protection, you can add a metal strip (called “Z-flashing “) to the very bottom of the wall to protect the end grain of each vertical board from water and pests.

I see no reason you could not use treated lumber, it appears to me to be the simplest solution. It would probably blend better than any other type of material.

I encountered a similar problem when I built a greenhouse about fives years ago. I framed walls that housed reclaimed windows. The walls were built overtop of cinder blocks and it left a gap about the size of the cinder block all the way around the greenhouse.

My building aesthetics manager (wife) insisted that it be "pretty". I ended up using corrugated galvanized metal, which was pretty cost effective. I cut the metal to size using circular saw with a metal cutting blade (at the time, it was the best tool I had for the job).

I buried dirt up to the corrugated metal inside and outside to provide some extra insulation. The metal has held up surprisingly well, above the soil surface it still looks new and under the soil there is little rust in some locations.

Here you can see the gap under the windowed wall. 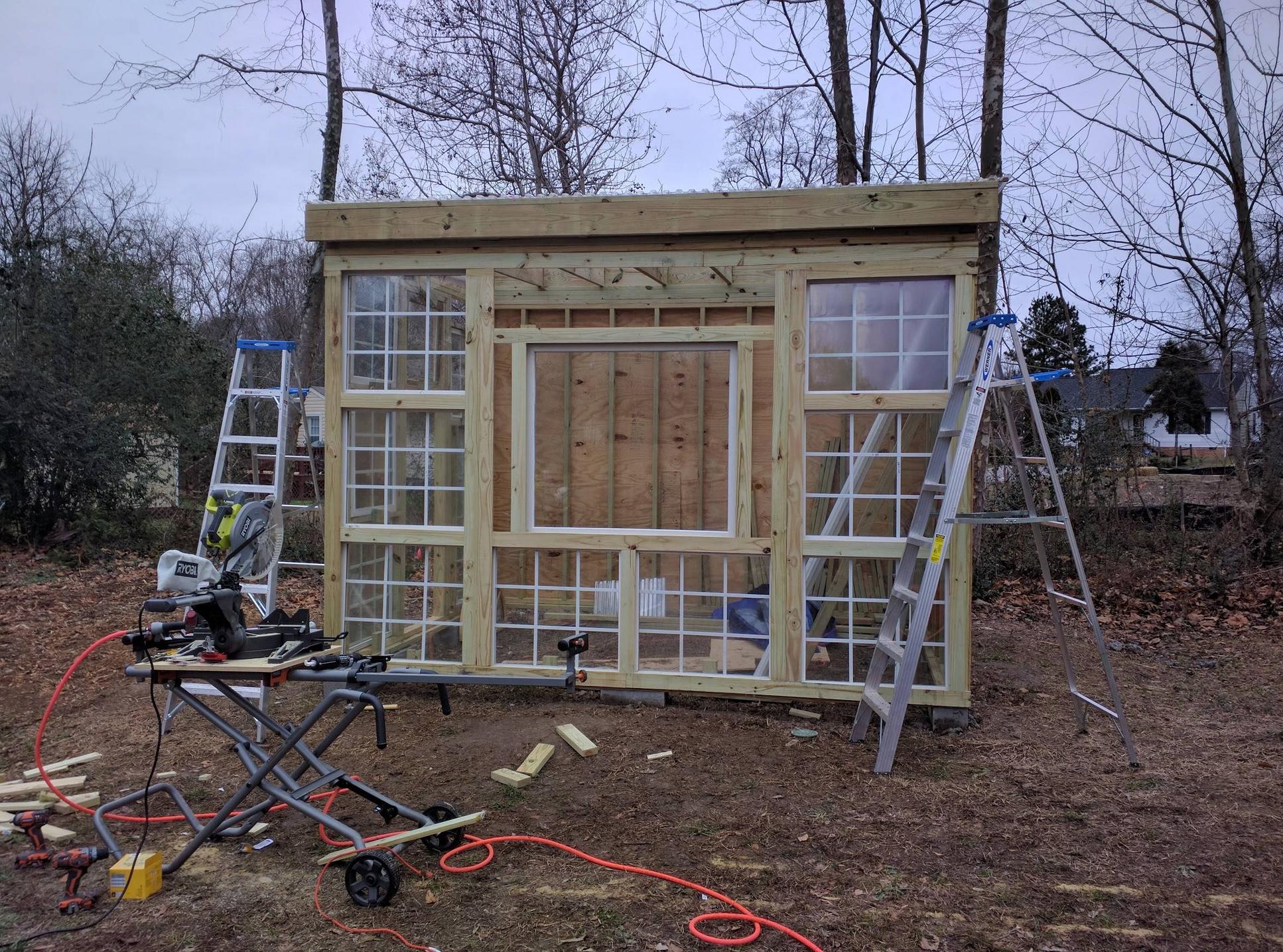 Here you can barely see the metal skirt around the greenhouse. And the leftover metal was used for the raised beds in the background. 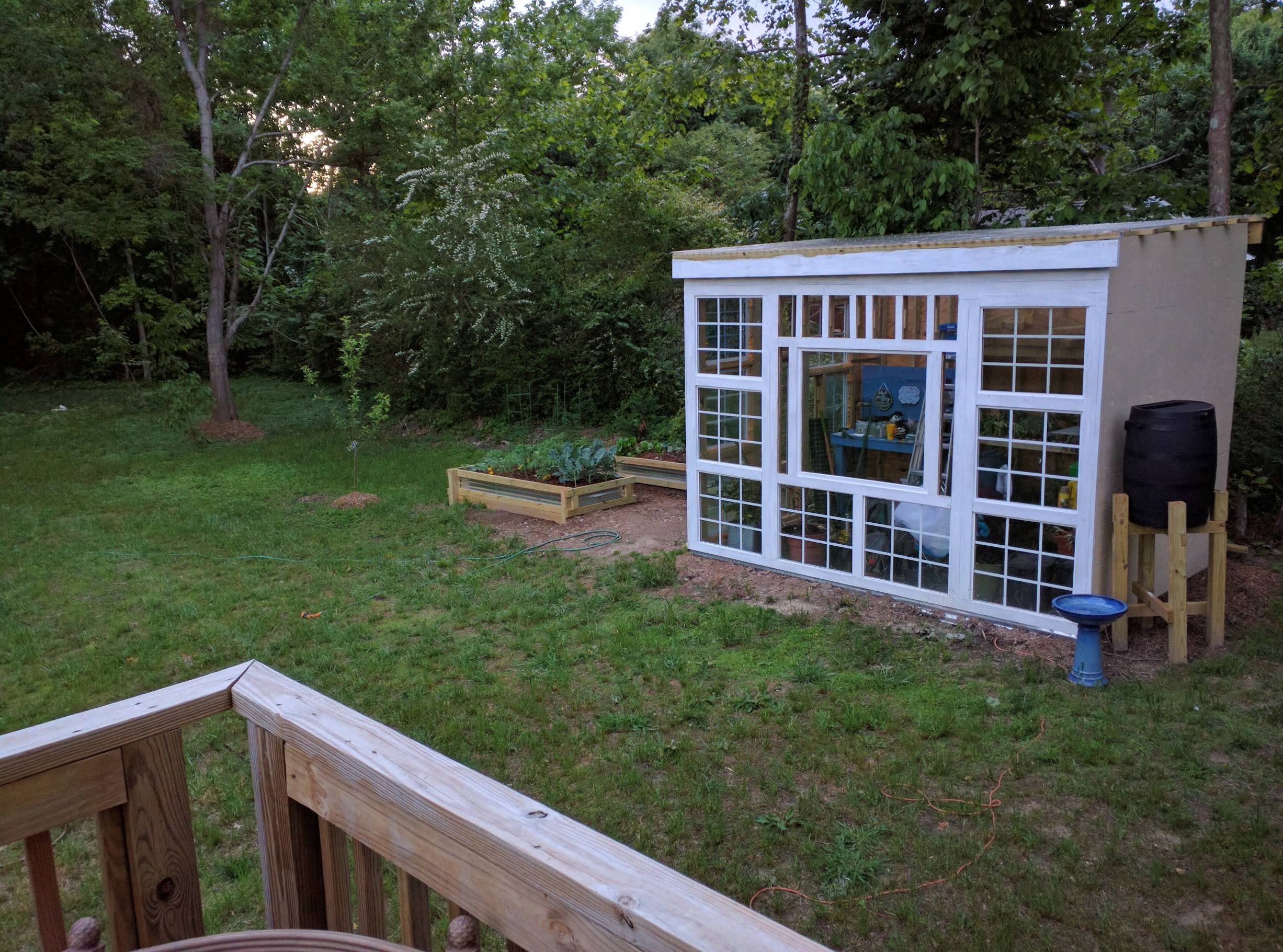 Not the answer you're looking for? Browse other questions tagged concrete waterproofing sealing carpentry shed or ask your own question.

1
What can I use to fill a 6-10mm gap between ceiling and front door structure?
2
Create a constant 5 mm gap between decking and side panels
6
Can I install a row of bricks on a slab to support a shed?
0
How to build sunken shed foundation with insulation
3
Idea to seal (prevent water) in the gap between marble floor and fixed shower glass panel
28
Why does my shed door expand/shrink?
2
How can I protect a shed floor from ground moisture?
0
Floor frame for 8' wide shed is 3" too wide on either side
1
Is insulation or damp proof barrier a requirement for walls in wood sheds?