I'm trying to do drywall repair on a ceiling where the joist hangers were poorly installed, with the worst offender hanging 1/4" below the joist it is supposed to hold.

The intention is to place furring strips along the edges of the hole, and screw both the existing and replacement drywall into those strips. Ideally I would also screw the drywall into the ceiling joists.

Trying to remove and re-anchor the joist hangers would be entirely beyond my expertise, and would require a considerably larger hole than I already have. What other options might I have?

This is the overall area (note that the sides have not yet been properly cut out): 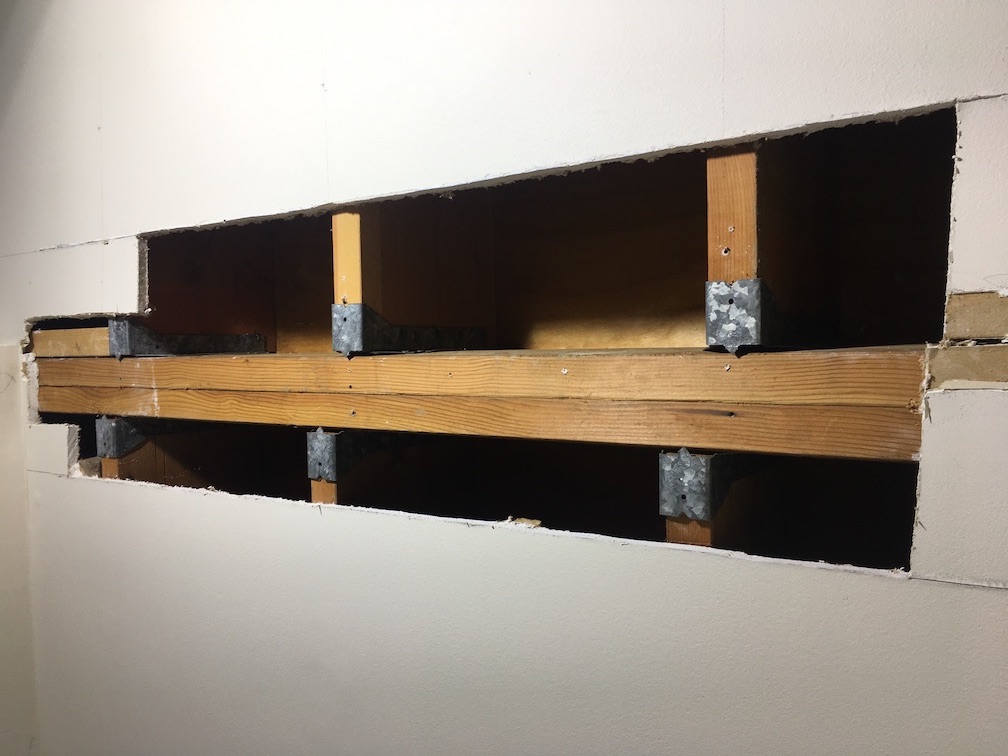 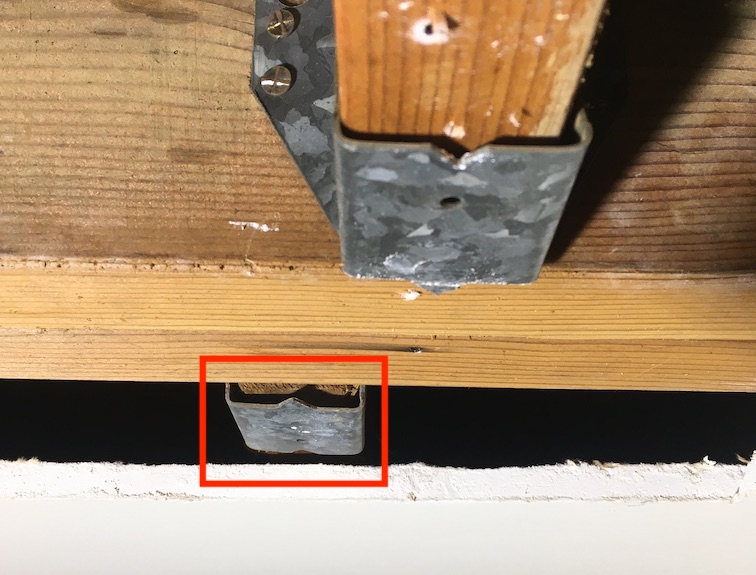 In the worst case, the joist being supported is held 1/4" above the bottom of the hanger: 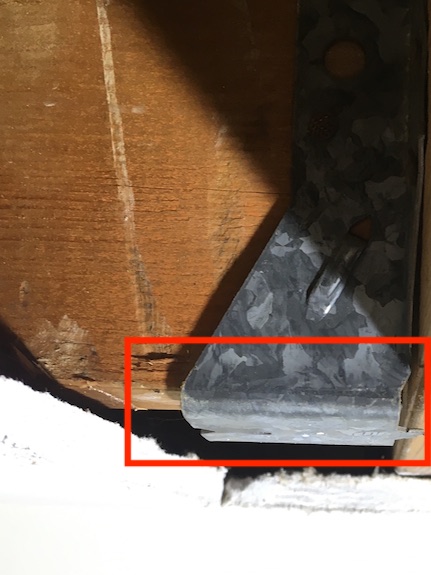 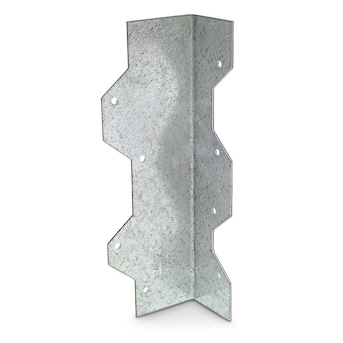 Although not optimal I would be comfortable if the joists were in the same position in relation to the beam but were attached with a bracket like this on each side.

I would be confident since 44 years has elapsed and there is no evidence that the joist has dropped from proper elevation.

Guess what? The OP has this situation. The bottom of his joist hangers are not currently holding any load. The side nailing on his hangers have held the joist even with the beam.

Therefore no structural support will be lost by smashing the hanger bottom flat with the joist bottom or cutting that protruding piece off.

I agree that the only issue here is an aesthetic one. If the joists were going to settle, they would have.

I'd take a BFH (big freaking hammer) and smash the descending hangers up tight, then replace the drywall. I'd cut a slightly oversized patch, trace it on the ceiling, then cut that out. Presto. Perfect fit. The only place you really should float backing is at the corners.

The 'right' thing to do is pull the joist hangers off and replace them. That would mostly solve your drywall problem.

The next best thing is to get some shims into the voids between the bottom of the joists and at least support them properly.

Regarding drywall, go 4' wide with your cutout, and the bulge in the middle won't be noticeable. Be delicate screwing the middle section, as it's easy to break through the paper when the drywall is floating. If you're doing this solo, make yourself a t-shaped support to hold the drywall in place while you are screwing it. (You could also use the t-support to hold the sheet of drywall up there while you mark the lines for the cutout... getting an exact 4x8 rectangle on a ceiling isn't easy.)

I would remove and replace the joist hangers.

The way they are installed, with the joist not bearing firmly on the bottom/heel of the hanger, means that the load carrying capability of that joint is severely compromised.

The nails/fasteners that are driven perpendicular through the hanger into the beam aren't doing anything from a load carrying standpoint.

The joist is basically fastened to the beam with the 4 or 6 nails that go in on the diagonal, essentially a toe-nailed type of joint. This is not acceptable IMM for this type of application - attaching a joist to a beam.

Like I said, remove and replace the joist hangers.

Are you saying your joist hanger is like this one? 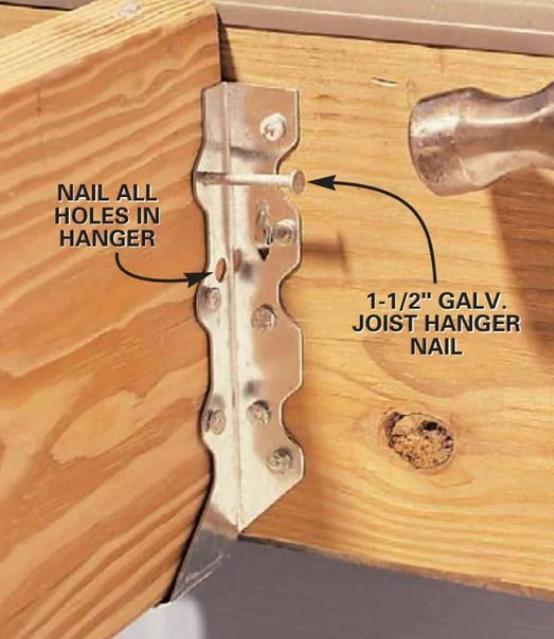 Even so, I'm sure the load carrying capability of that joint depends on the joist resting on the bottom/heel of the joist.

Could be what you're seeing is effects of the joist drying out and shrinking. Since the joist is constrained by the nails driven into it, when it tries to shrink, it has to move off the bottom of the hanger. Though from your photos it looks like the hangers were deliberately set a bit below the beam to which they're attached. I don't know why the builder would have done that.

Since the drywall is probably 1/2 and the worst drop is around 1/4 I'd just shave the back of drywall off until it is flat as is needed in the problem areas. You could also consider just floating the drywall surface so it all blends in instead of trying to adjust anything from the inside.

If you really want to adjust the hangers then you could do 1 at a time. Make a small sturdy brace from the floor up to the joist. Get a 4 ton jack and jack the joist up a bit, put the brace under it. Let the weight sit on the brace. Cut off the nails on the joist hanger with a reciprocating saw. Rejack the joist to the correct height and put on a new hanger. After all this is done you'll probably have cracking in a few places in the existing drywall that'll need mending. You'll have to consider what is above the joist and what the floor can hold. There are also quite a few unknown variables. Personally I could just go with shaving the drywall.

Not the answer you're looking for? Browse other questions tagged drywall repair ceiling or ask your own question.