Adding a 240v circuit-keep me alive

My current setup in a house I moved into is main 100A panel with two subpanels, one with a bathroom fan and two 240v line heaters (for a single room not attached to the main heating of the house for who knows what reason), and a second subpanel which has the garbage disposal, sump pump, another bathroom fan, and an outdoor 20A outlet that rarely gets used.

I have some server equipment that sometimes draws >2000w, and I want to run it on a 240v circuit. The advice I've gotten is to run it on a 30A 240V dedicated circuit with a L6-30r receptacle at the end. The run is just about 25ft.

Am I missing anything here? Of course, I'll turn off power to the subpanel first and verify nothing is live before messing in the box.

Would love to hear advice and thoughts before I embark-thanks! 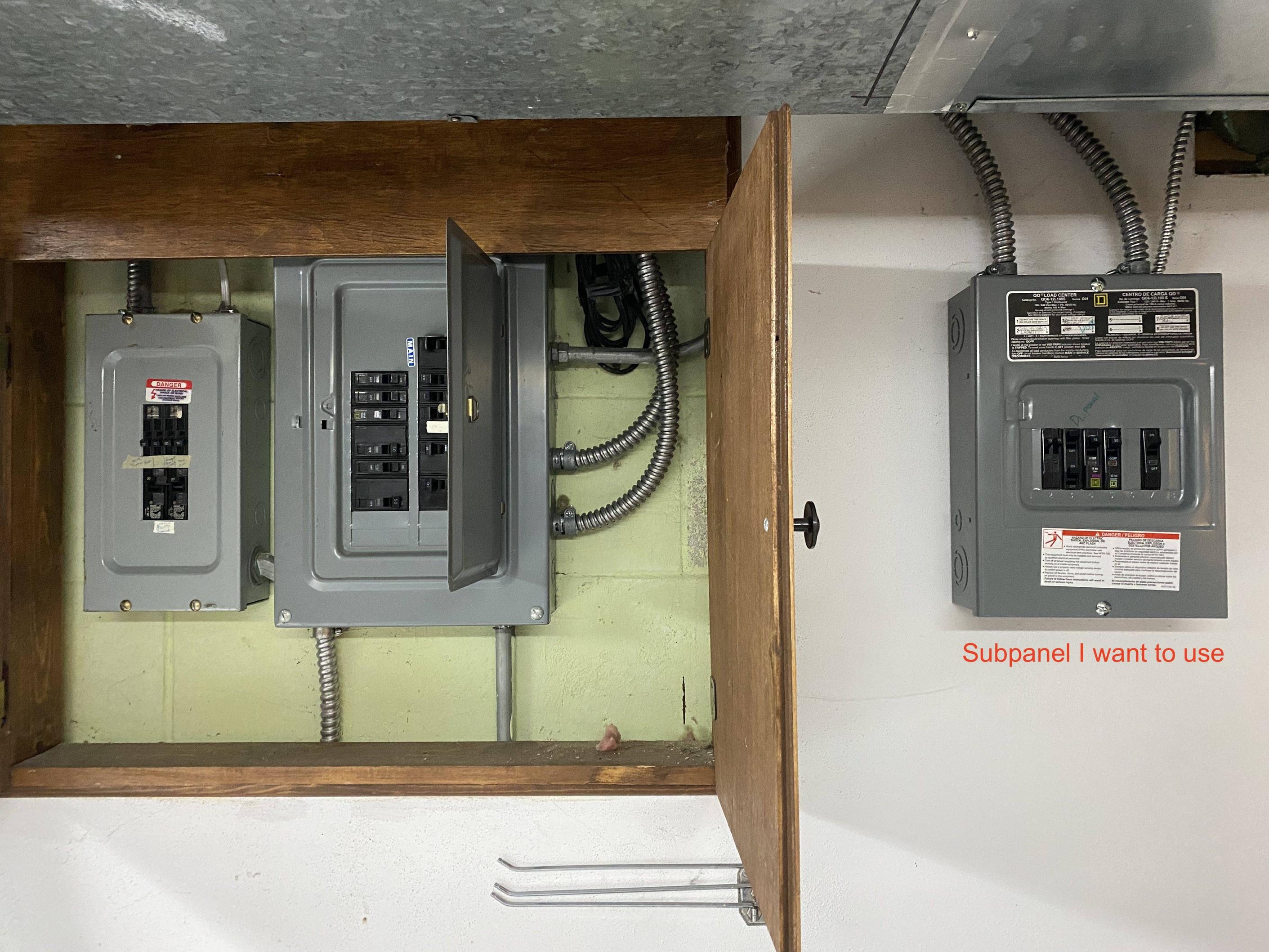 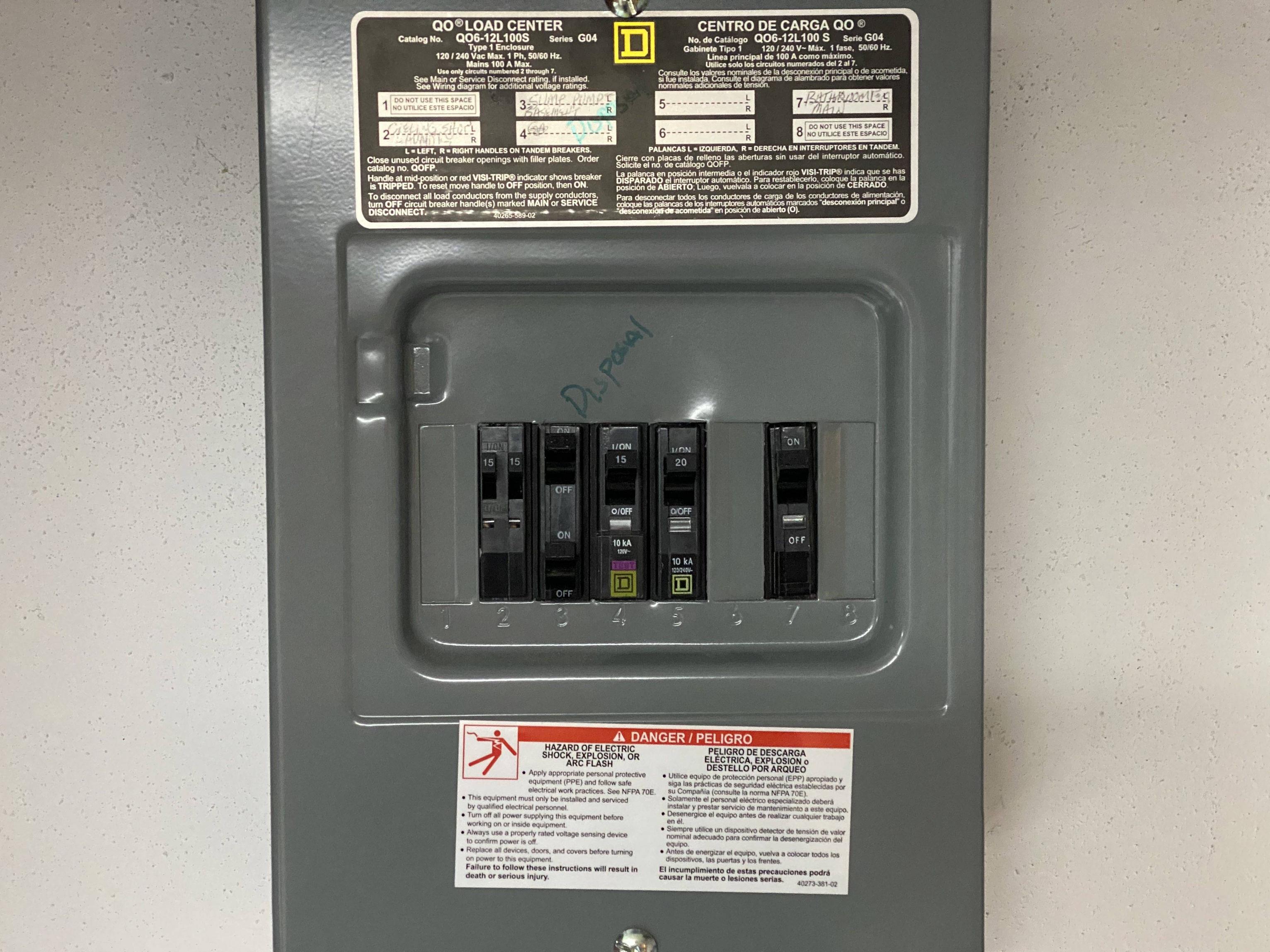 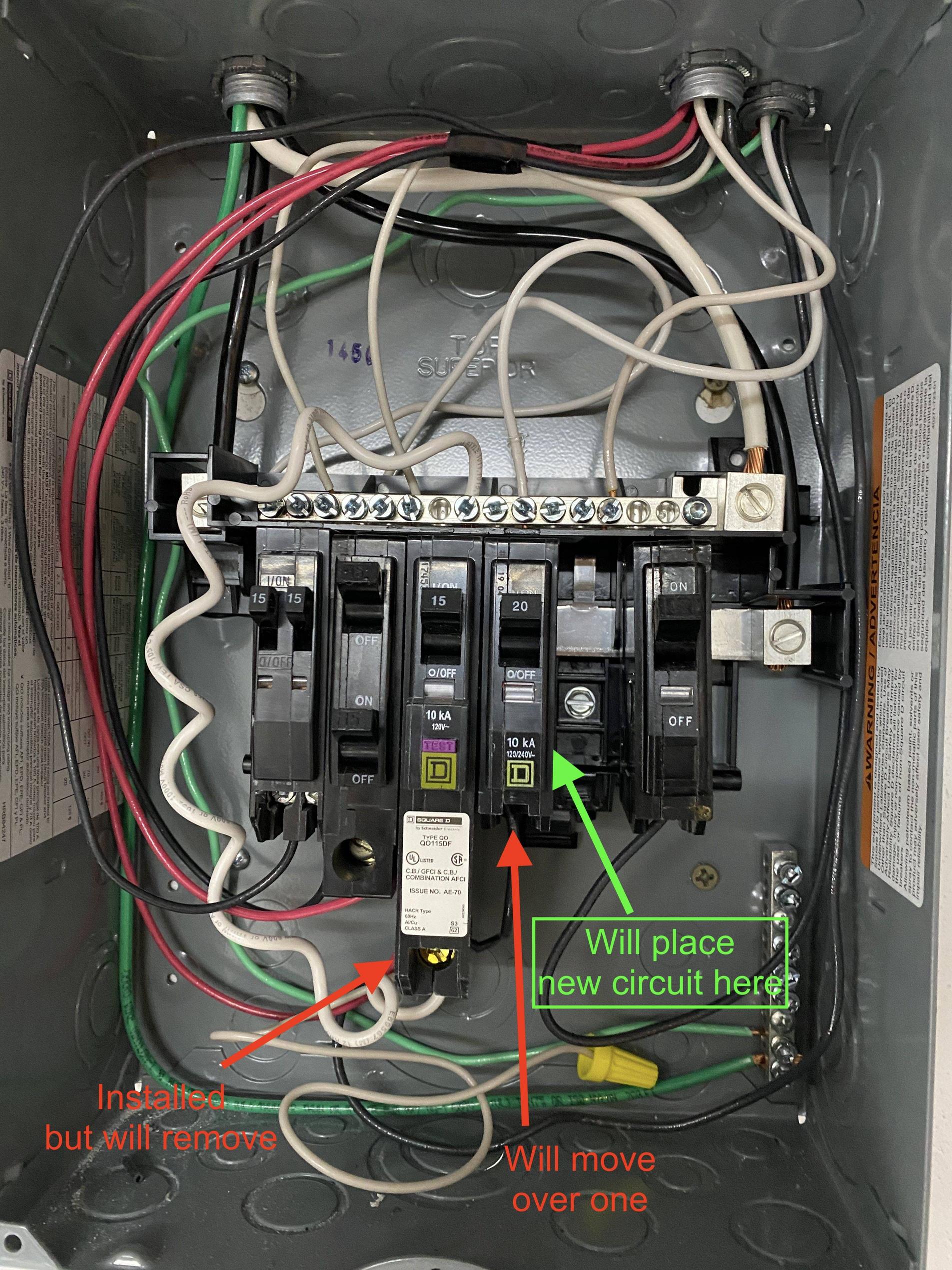 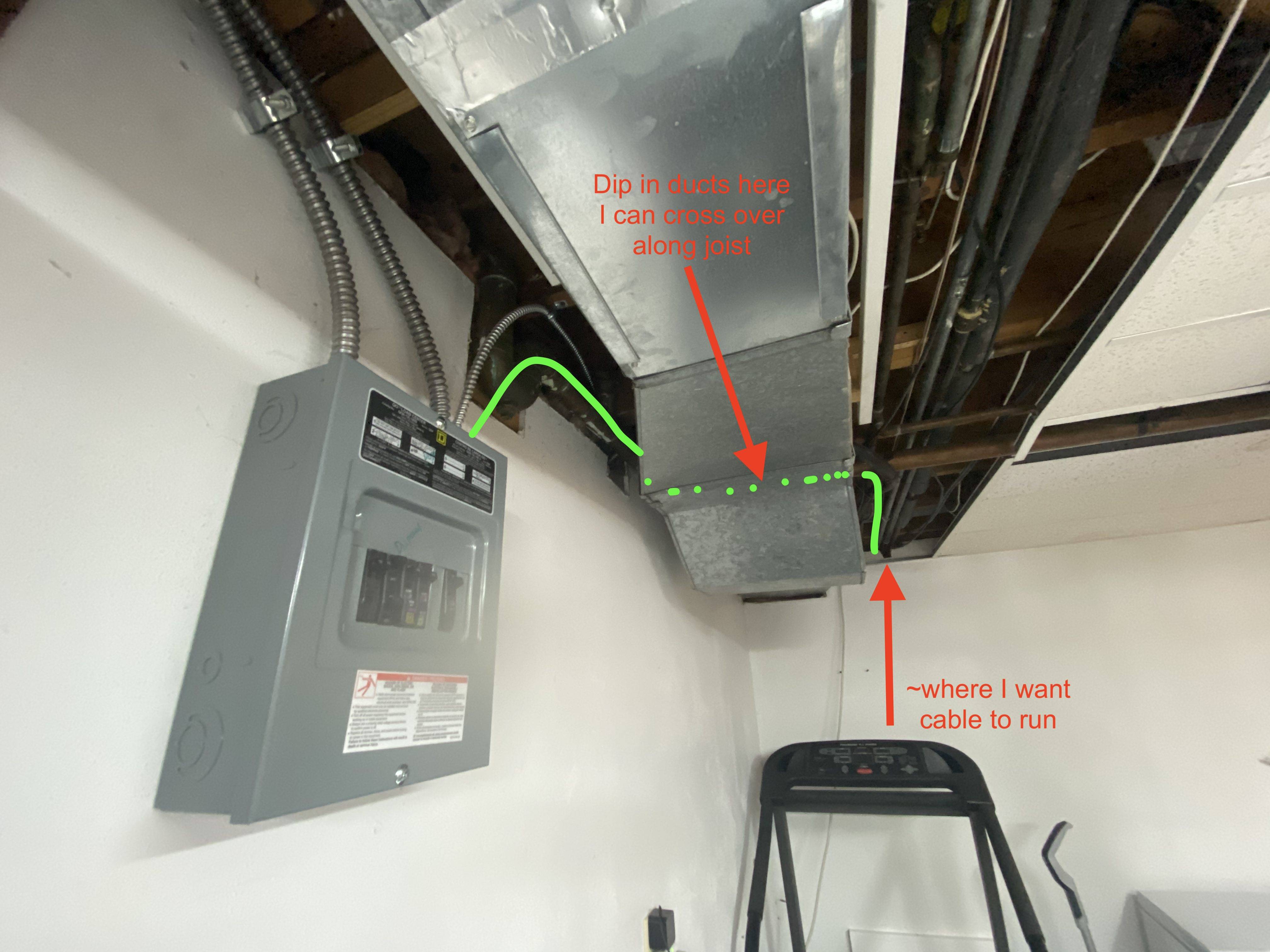 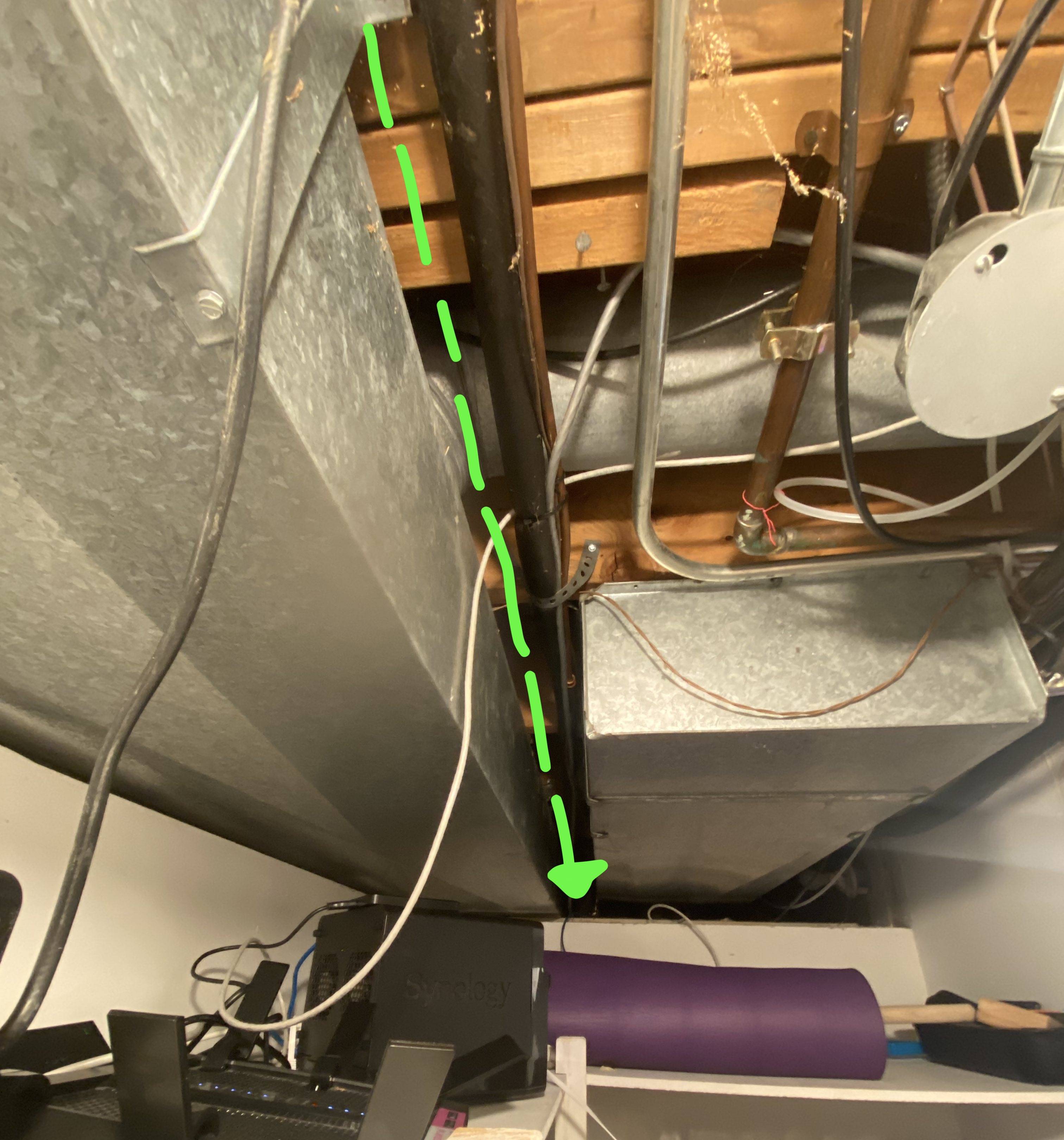 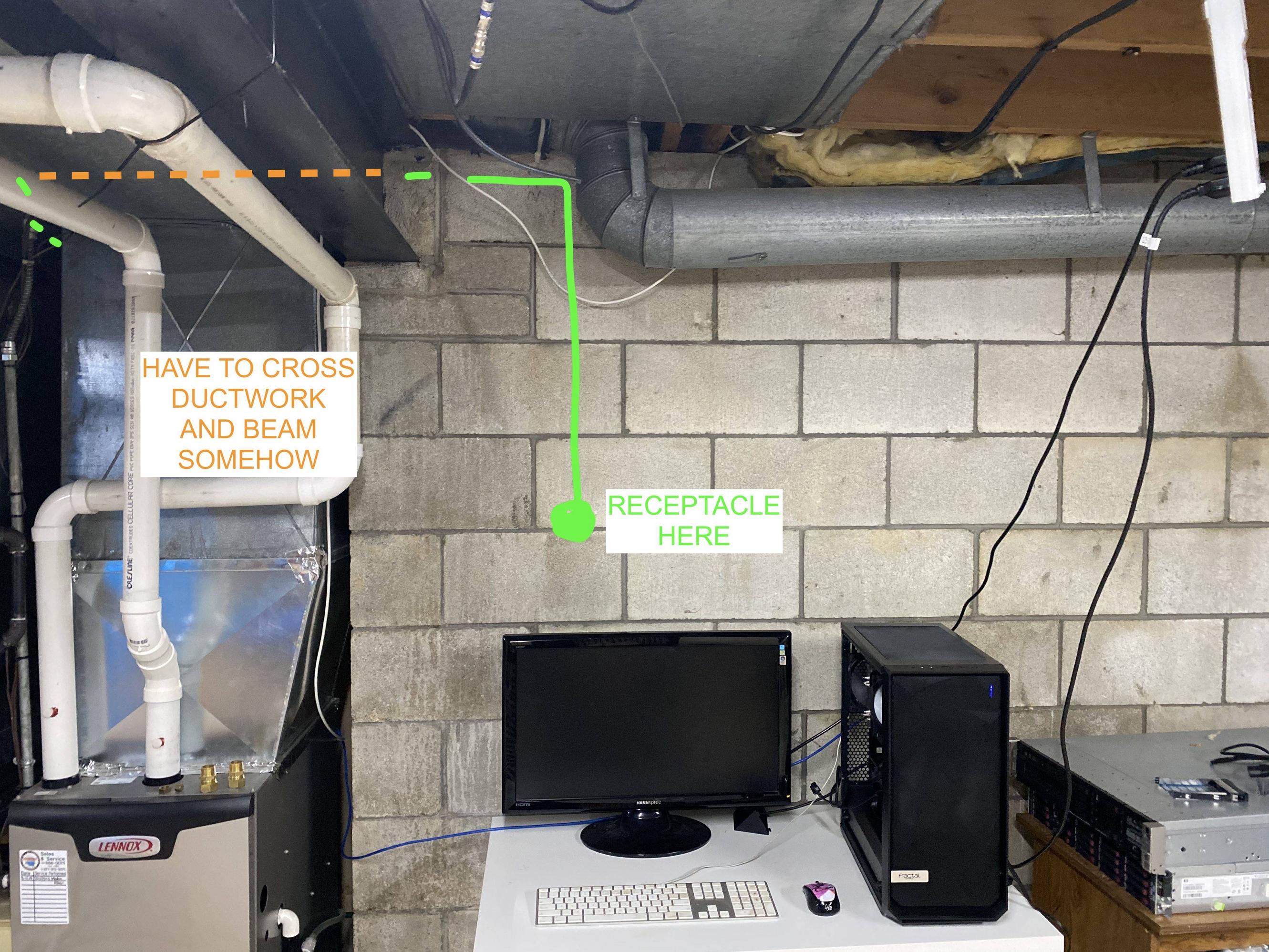 Yes, you're missing the elephant in the room! The dangling power strip stapled the ceiling that's powering all the other stuff. Since you're wiring a receptacle anyway, get rid of that too while you're at it.

However, your choice of /2 cable (having no neutral) paints you into a corner. You can only power 240V devices, even if you had a PDU.

I propose a 20A multi-wire branch circuit (MWBC)

(I was hoping for an easier way to do this, but you're in an unfinished basement, and that requires GFCI protection on 120V outlets).

The GFCI box needs to be a 4-11/16" square box, which is large enough to comfortably fit two GFCI receptacles (don't try to cram them into a 4" square box). The 6-20 box can be 4" square. Connect them with a short rigid conduit "nipple".

The GFCIs have warning tape on them. Do NOT remove it, that will only lead to errors. There's nothing you want behind that tape.

You bring the /3 cable into the GFCI box, and split the neutral to both GFCIs "Line Neutral". The two hot wires (red and black) will each go onto one GFCI's "Line Hot".

So far, this is just a common MWBC. Now, we do the trick.

Make or get 2 red and black "pigtail" wires long enough to go over to the other junction box. Read the GFCI instructions, they have a procedure for double-tapping each screw. On each GFCI, "Line Hot" gets double-tapped with one supply hot wire and one pigtail.

The two hot pigtails go over to the NEMA 6-20 (240V) receptacle and land on its two hot terminals.

The breaker here must be a 2-pole 20A breaker.

We are feeding all this at once. Any 240V loads draw their amps from both legs at once. Things plugged into any given GFCI only draw from their leg. So you need to take care that each leg doesn't over-pull 20A, but for Pete's sake all your stuff is running off a dangling power strip right now, so I'm sure that 11.7A x 2 will be perfectly adequate for your needs.

Also, breakers aren't completely militant about tripping at 20.00 amps. They have an intentional "inverse time" curve, so they can run 23 amps for as much as half an hour, but trip in seconds on 80 amps. That is fine; they are aiming to protect the wire from overheat.

Not the answer you're looking for? Browse other questions tagged circuit-breaker 240v or ask your own question.