Heatpump Compressor Hardstart Device: What is the active working mechanism?

The original compressor-heatpump starting issue is documented at Air-conditioner fan & compressor fails to start. I installed a new capacitor before the technician arrived.

and installed what seems to be a SUPCO SPP6 Relay/Capacitor Hard Start Kit: 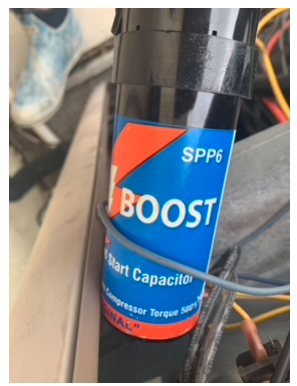 I think technician measured the currents and used compressor the LRA / RLA to replace. CERA-MITE device. 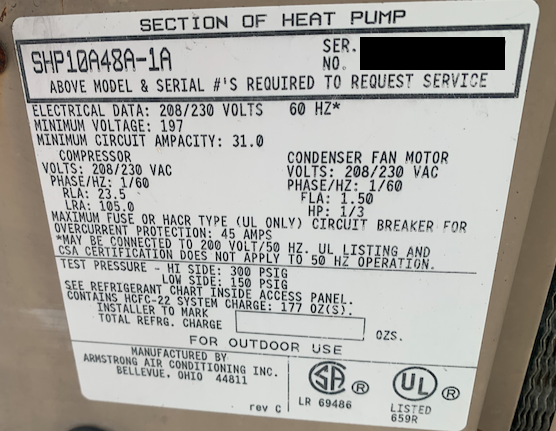 I assume (please challenge if not correct) that the SUPCO SPP6 increases drives the starter such that starting torque is increased. I understand that it somehow reduces the transient starting current, so as to avoid blowing out fuses.

I never liked the part shown in the first picture since I never actually understood just how they worked. The Supco SPP6 is a self contained "start kit" which 50 some years ago I could build with a potential relay and a start capacitor. What this SPP6 does is change the phase angle between the start winding and the run winding to near 90 degrees to increase the starting torque and reduce the starting amperage, that 105 LRA figure you quoted. (This is the explanation I was taught in HVAC school in the early 1970's). With the correct size Supco control installed, the compressor should be able to restart almost immediately after a shut down or as we say, a short cycle. Without that Supco device you would have to wait until the head pressure on the compressor would be reduced to that of the compressors inlet which could take several minutes so the compressor could restart with very little resistance. The RLA=23.5 is the expected normal running amperage of the compressor. Amperage higher than that would cause the motor to overheat which could shorten the normal life span of the compressor. When I was still installing A/C and heat pumps I equipped every install with a start kit.

I guess that the term you used of "final approach" to you means that is when the unit fails. These units run until they don't. So, an A/C service tech can't look at a timer or device and say that that unit is about to quit.

Hope this answers some of your questions.

Not the answer you're looking for? Browse other questions tagged hvac heat-pump compressor or ask your own question.

12
What's the minimum recommended compressor HP/PSI to spray paint?
12
Should I leave the drain open on my compressor for storage?
0
What if my Trane 3 ton 13 seer heat pump is unable to generate enough heat to reach the set point on the thermostat?
0
what is the cause whereby compressor working gets hot and stops, after cooled down picks up
0
What size start capacitor should I buy for my refrigerator compressor?
1
What pressure rating should a replacement safety valve on a compressor have?
0
Can I reduce the grinding and humming noise from my portable air con's compressor?
7
What causes a heatpump to freeze?
0
What should I do if the refrigeration compressor returns oil？