Can I run my three-way travelers in a 14/2 without a neutral in the cable?

I have a surplus of 14/2 and a little bit of 14/3, and this project is price-sensitive, so I drew up this plan to make use of what I have on hand. It minimizes the length of 14/3 needed because that's all I have on hand. All switches and lights have neutrals and grounds accounted for - I just want to make sure I'm allowed to use a 14/2 cable as two travelers without a neutral.

The time varying magnetic field around the cable could induce currents in nearby conductors and cause heating.

Since you are going to have to buy more cable, consider getting 14/4 + gnd and connecting the two switches in the arrangement called three-wire control. This gives a neutral and a constant line hot in both switch boxes. I recently came across an articleÂą for a UK audience touting three wire control as superior to the traditional two wire control for connecting a pair of 3-way switches. I don't know if this is being done in the US.

The presence of both a line hot and a neutral in all switch boxes may be useful in the future, and the immediate benefit would be that you could easily extend the circuit to put a receptacle in the wall below. Such a receptacle would be independent of the two 3-way switches. 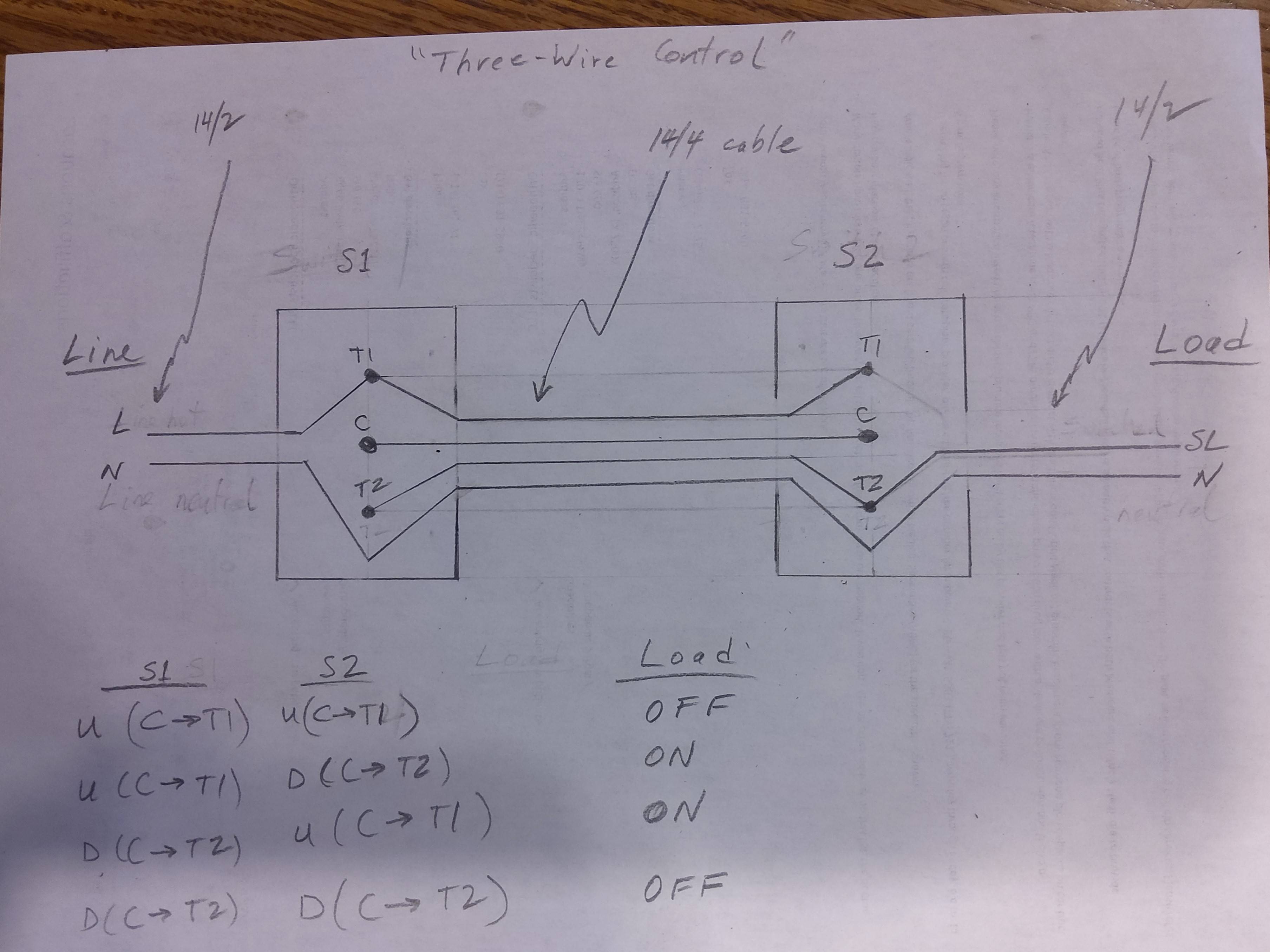 Not the answer you're looking for? Browse other questions tagged nec multiway-switch or ask your own question.

2
One light switch powers two separate light switches
2
Three Way Switch Works With Power Off
0
How to disable led light inside my rocker light switch
2
Continuous power between multi-gang boxes with 3 way switches
1
Basement lighting four rooms
2
Yet another 3-way smart switch question
0
What wires do you splice in a 3-way switch?
2
Three way switch with dimmer control
5
When am I *required* to add a neutral to a three-way switch, and what is the best way to do so?