How to make a cap to cover the battery terminals of Ryobi batteries?

Ryobi batteries have a protruding part with battery terminals on it. Here's an example of what the battery looks like.

My requirements for the cap are:

Ryobi doesn't make such a cap.

I found instructions for 3D-printing a cap but the problem is that I don't have access to a 3D printer.

I also found on eBay a seller that sells such caps, but unfortunately the seller doesn't ship to Finland and the cost of 4 such caps, importing taxes, and shipping would cost so much that I'd much rather make my own.

How can I make a cap for Ryobi battery terminals?

In my opinion the easiest solution would be to simply store your batteries, alone, in a smaller bag. You could store this smaller bag within your larger tool bag or carry it separately. Either way, the batteries are isolated from any other metallic objects and protected.

I don't see any advantage to complicating matters by installing stem protectors simply so that the batteries can be more safely jostled about with the rest of your tools.

Large rubber stopper or buy a pair of baby's socks..

I first explored the opportunity of using a toilet paper shell for this but the problem is that a shell is too large to stay on the terminals and to reduce it inner diameter, I would have to put lots of some soft material like foam inside it, and I didn't have any foam handy.

Then I made the decision to make the caps entirely out of duct tape and paper. The duct tape must be 50mm wide so that its width is significantly larger than the length of the protruding terminal part. 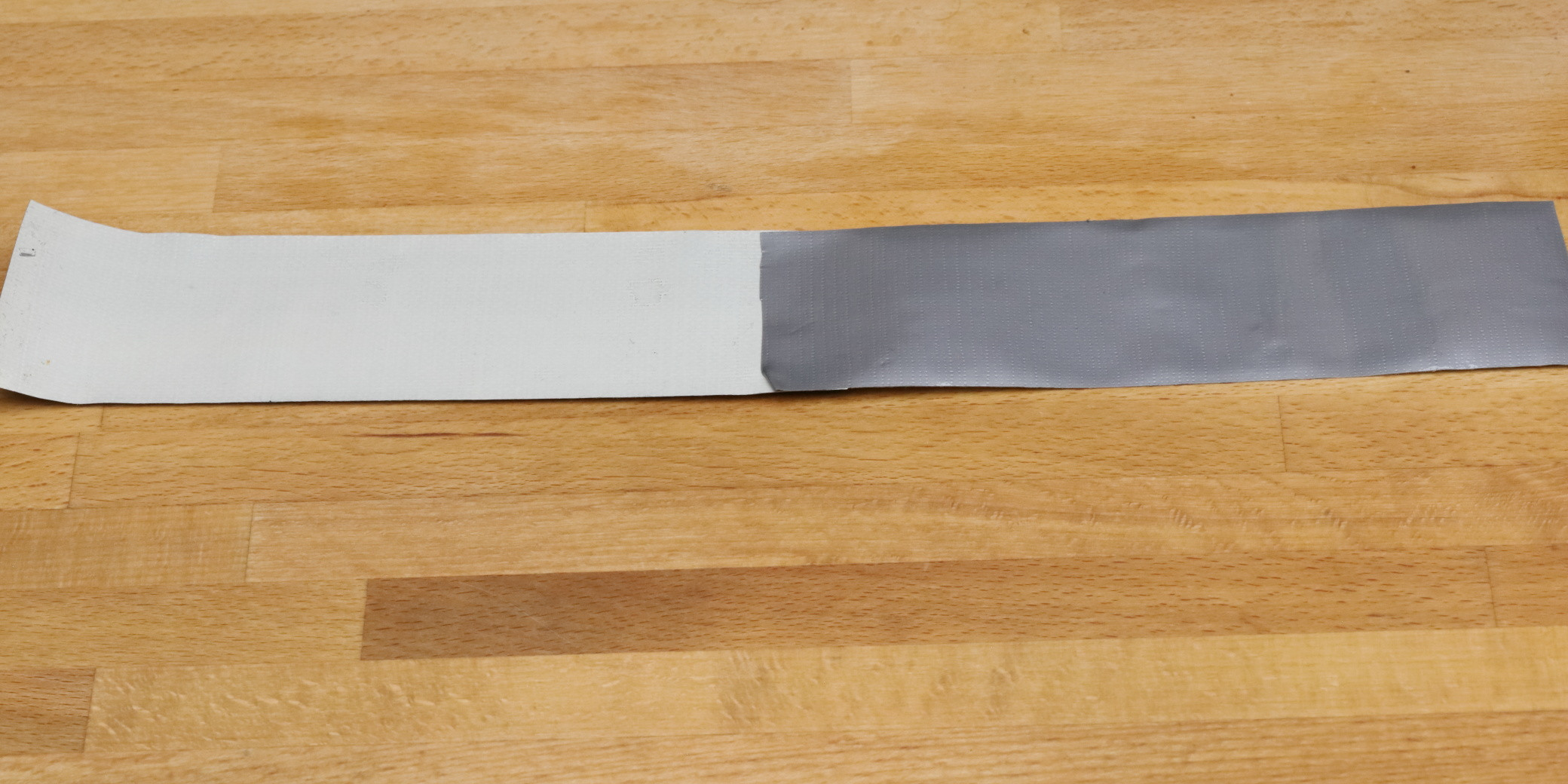 Now you have a shell with one end open and one end closed. Remove the semi-open shell and finish it by cutting any small exposed adhesive surfaces (due to misalignment) from the bottom.

(About why you have to fold the sides of the paper: if you don't my experience is that the paper never stays straight when sliding the shell, so that you have a shell with a paper on one of its sides, not where you want the paper.) 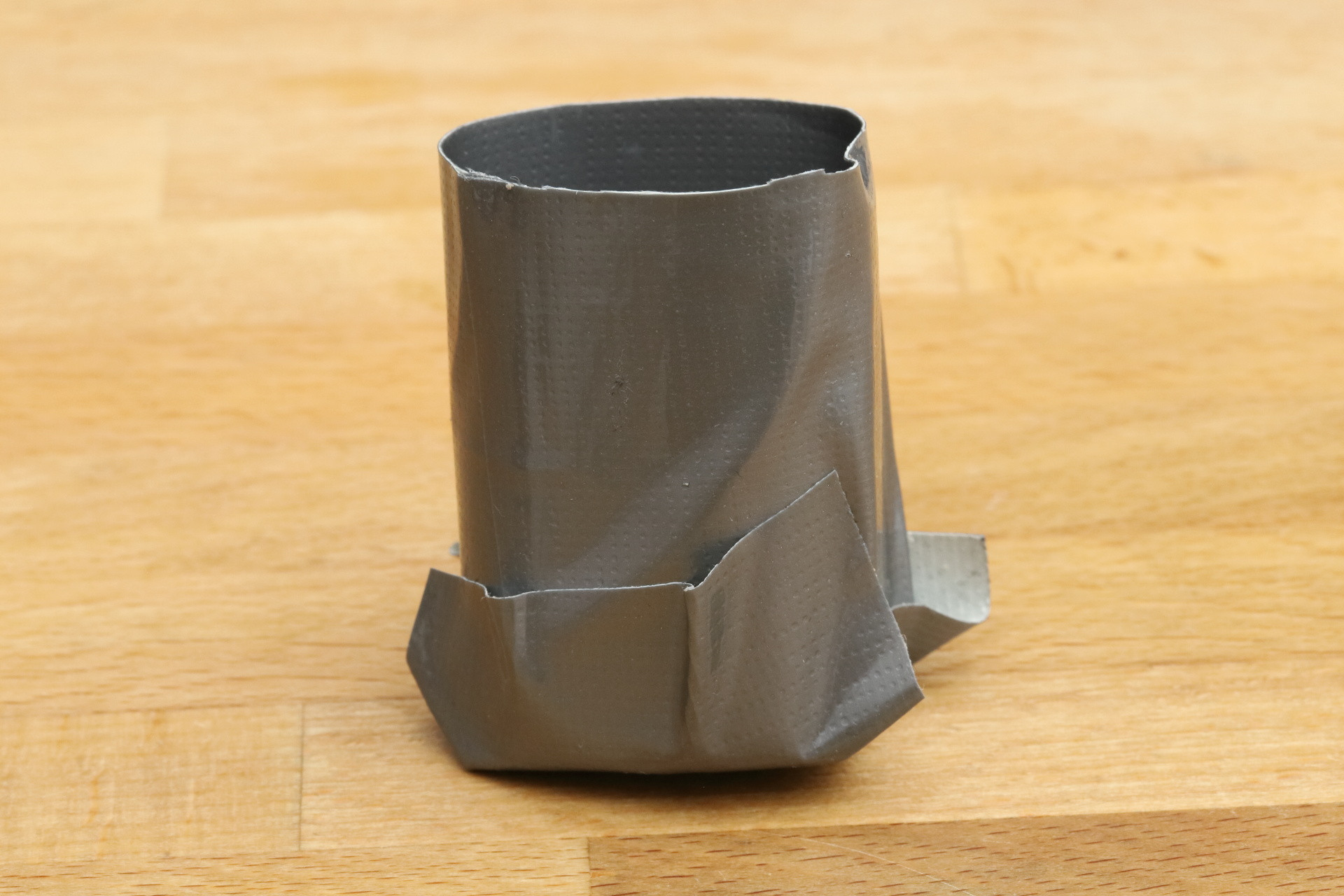 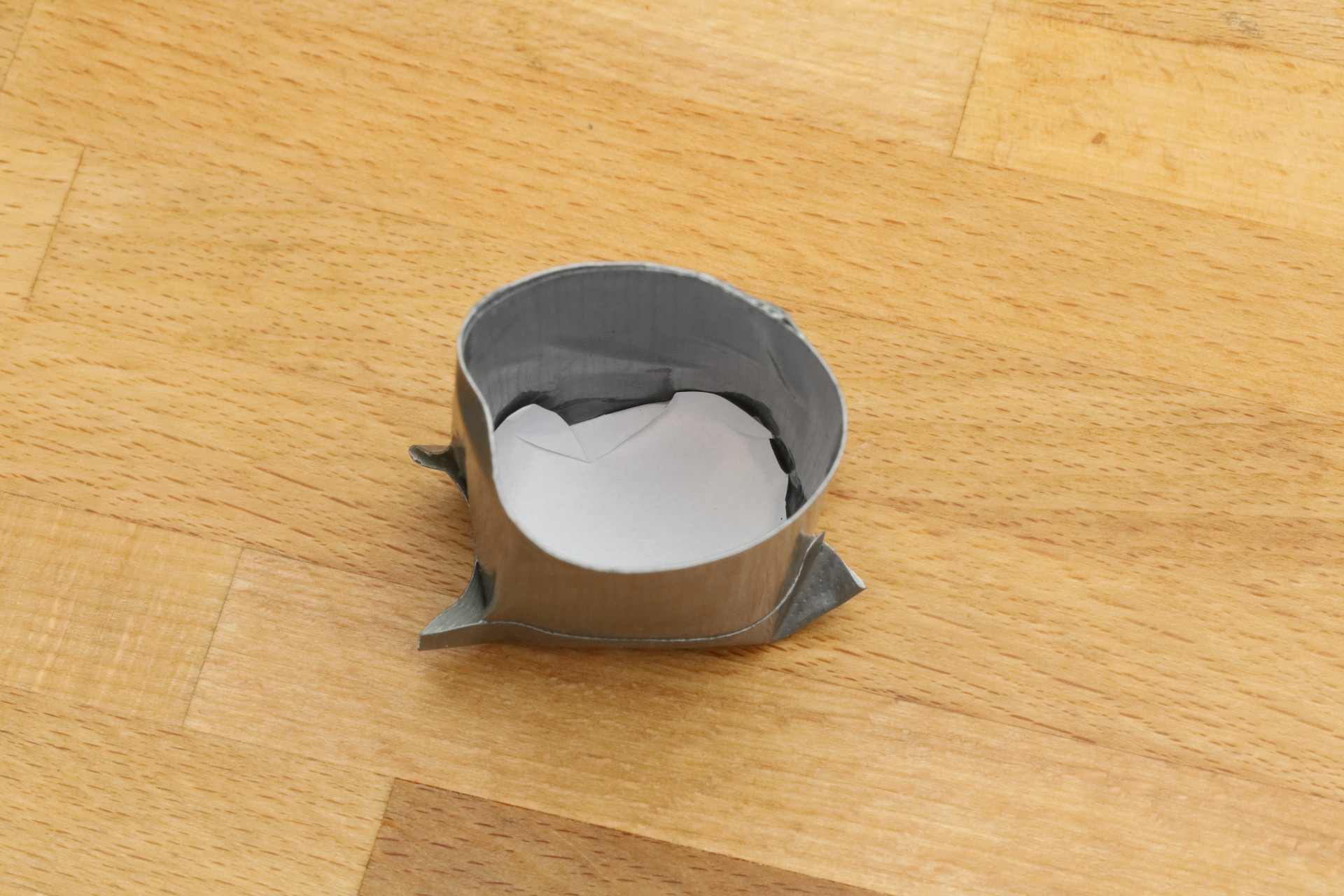 I tested that holding the battery upside down, the cap is lightweight enough and friction is large enough to hold the cap on the battery terminals. It's easy to remove in about two to three seconds and reattaching takes about 5-10 seconds.

Four such caps took less than an hour to make even with lots of trial and error. I'm sure that without the trial and error, if I had these instructions already, it would have taken about half an hour for four caps.

Cut a length of big heatshrink, stick it on the stem, heat just the top end of it leaving the bottom end flared/large for easy install. Leave some sticking off the top to makeit easy to pull off

Absent any large enough heat shrink you might be able to acheive the same using a small plastic bottle - the plastic that soda/fizzy drinks comes in shrinks when heated; a small enough one (like a lunch snack size bottle) might shrink to be a good fit for the stem

A latex rubber balloon will do the trick. Just stretch the lip and roll it over the stem like a condom. An actual condom would probably work too, as long as it's not lubricated. Latex rubber is a natural insulator, so it should protect your battery from any undesired discharges. 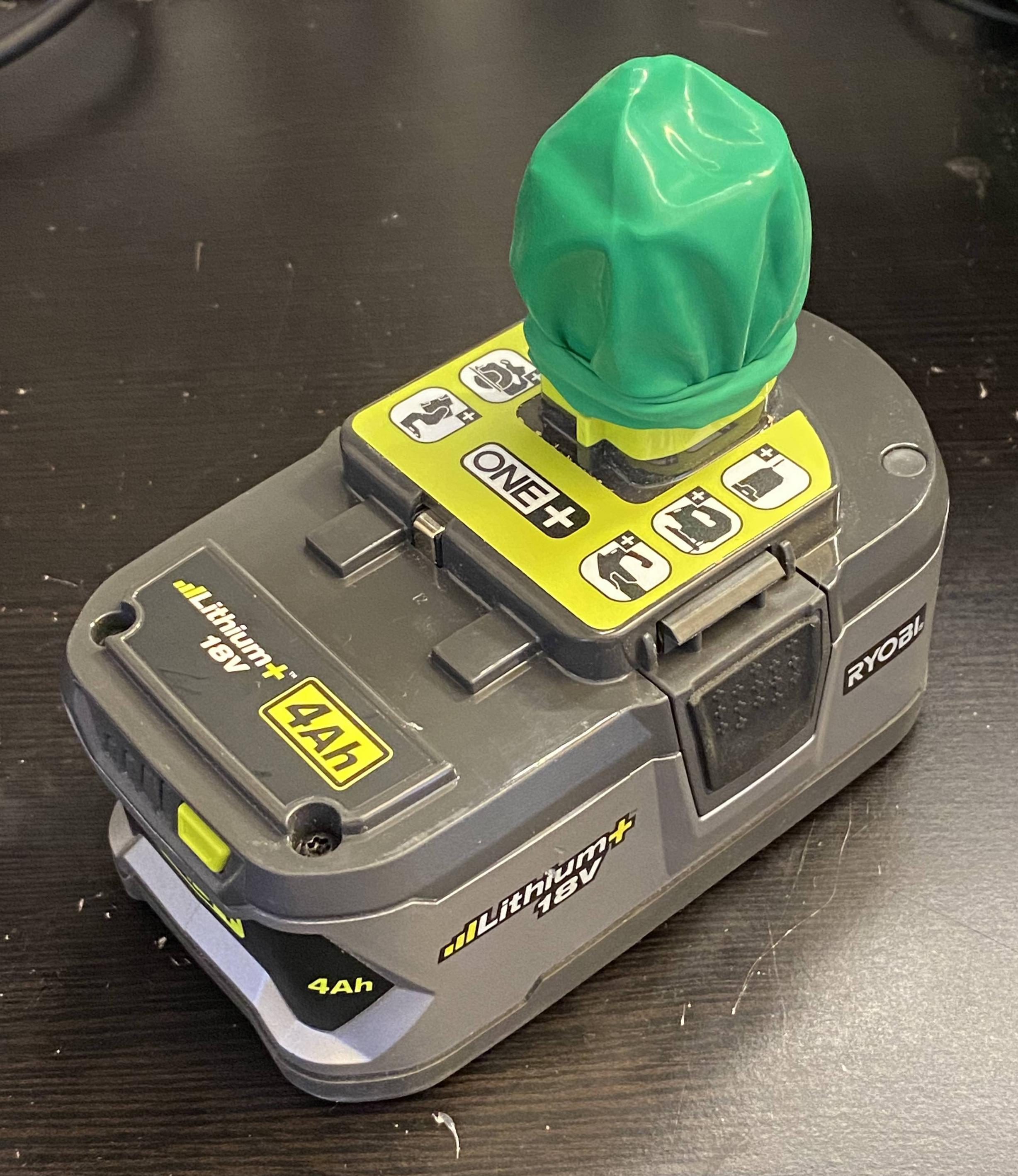 It takes about a second to put on or take off, and it won't fall off no matter how much you shake or bump the battery. Balloons are inexpensive and readily available most everywhere.

Get some silicone putty and form it around the item, let it set, and pull it off. Put some vaseline or mineral oil on the stem first.

You'll want silicone putty that is on the medium soft side of the shore hardness scale.

Caveat: silicone putty isn't particularly cheap... some people diy it with cornstarch and cheaper caulking silicone in a tube.

3D printing online is relatively cheap, depending on how many components you need. If you can get access to a .step or .stl file (as in your link), then you can print it.

For a single part this might be pricey, but if you put it down to a learning cost, then it could be worth it. I use FreeCAD to check the meshes before uploading, but if you have a good file, that may not be needed.

Edit: For clarity, i buy 3D printing, I don't have my own printer

The least-effort answer is to leave the batteries in a tool or a charger when in your tool bag. That doesn't protect additional/spare batteries though.

Another solution is to stretch a large rubber-band so it passes under the battery, over the top of the post, and nestles down in the valley where the side contacts are. The large rubber bands are sometimes used by postal services for holding bundles of letters together.

The "front" contact is a status probe for the charger to read the battery, and does not carry current so does not pose a risk.

This may be at the high end of what you want to pay, but it would also be the most convenient. No labor, and you now have an easy way to charge your spares. It also allows for six extras later in case you buy another two. And of course if you have additional chargers, you can use those as well.

You probably have access to many thermoplastic containers of various sizes due to grocery and cosmetic shopping. All will soften and some will shrink somewhat if exposed to heat. Cut the bottom off a suitably-sized container, and if it's not a nice push fit over the terminals, use boiling water or a hot air gun to soften/shrink it until it is.

Not the answer you're looking for? Browse other questions tagged battery or ask your own question.

4
Why have cordless tools changed the battery style?
1
Which batteries are compatible with the DeWalt DW9107?
2
"power buffer" in front of generator for peak power shaving?
2
Is it safe to use a battery charger to test the capacity of a non-rechargeable battery?
1
How can I make my home internet router work with a battery?
0
Powering battery powered tools from the power grid
0
Use a 24V LifePo battery in a UPS designed for lead acid batteries?