How can I cut railed horizontal fence boards for a 50-degree angle?

I am installing a horizontal WPC wood composite fence that uses aluminum posts with embedded rails. The tongued boards measure 0.6" x 6" x 72". I need to make one 50-degree turn in the fence. The fence manufacturer sent me this diagram: 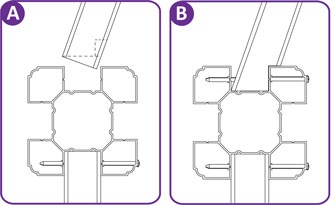 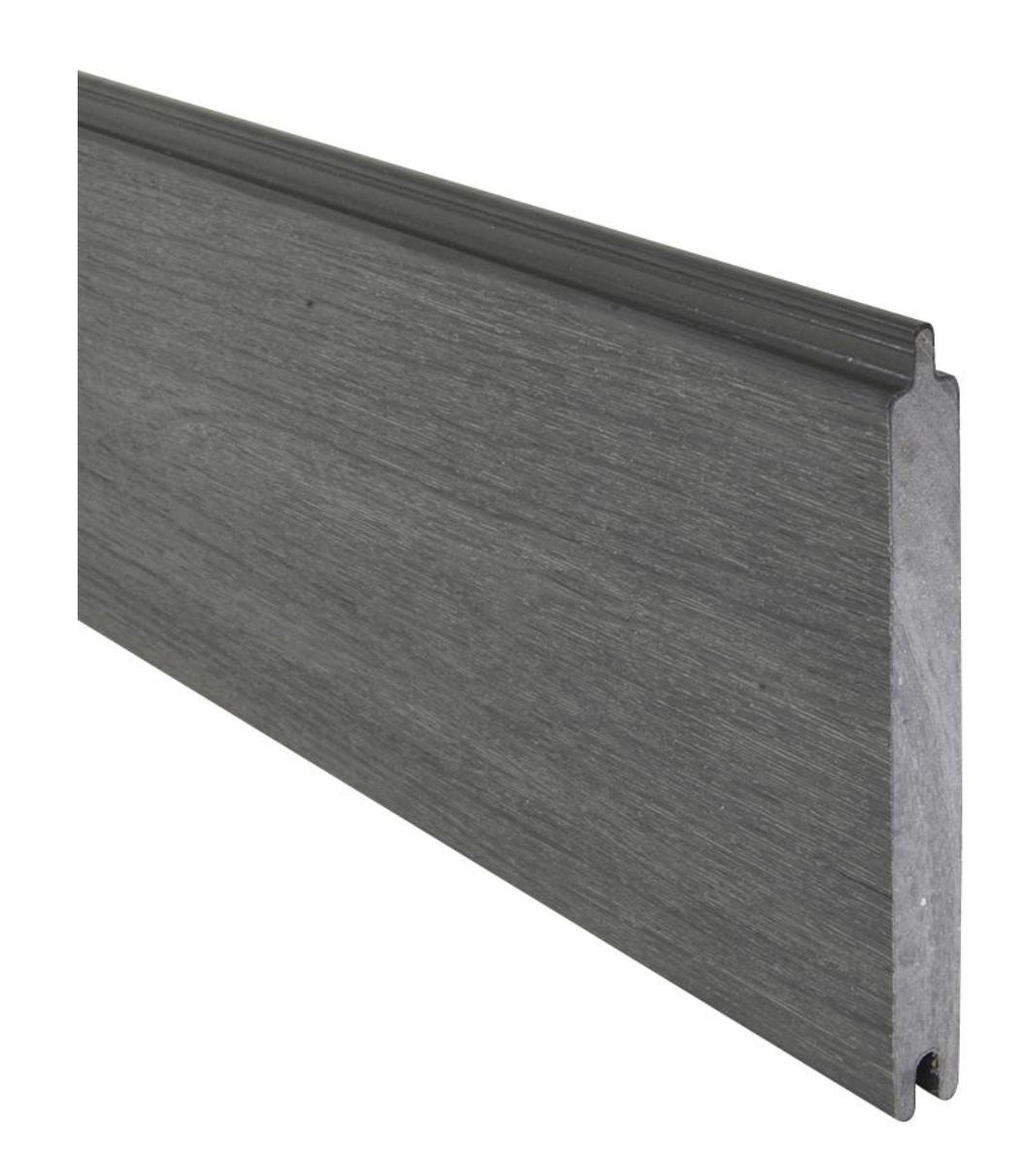 screw a fillet piece to the end of the boards

the result will be much stronger than trying to cut the board to fit in the post, and will look better.

The main cut can be mitered with the compound miter saw, possibly on either of its axes (hold board vertical and cut straight down, or lay board on its face horizontally and cut on the compound axis). Could also be easily done with a table saw.

Then you're left needing to create the notch. A router seems like a good way to go. Here are some options:

That last one could be accomplished similarly with a table saw with or without a dado blade, but to me that arrangement seems a little sketchy. I'd feel safer doing it with a router.

The end cut is easy on the compound miter saw.

For the notch, my first thought was a router on an angled sled as Greg Hill suggested. However, thinking about it some more, I'd suggest a dado blade in the (borrowed) table saw.

Use a crosscut sled to hold the fence rail (loads of examples on YouTube about building and using crosscut sleds, from simple to extremely fancy) then run it past the dado head tilted 5°. Most table saws can only tilt to 45°, so you'll need to cut the reciprocal angle by running the rail on the other side of the blade. Your table saw owning friend should be able to help you with the proper setup here.

A crosscut sled will hold the rail at a 90° angle to the blade with no issue. You may will need to add a hold down clamp or two, something like this: 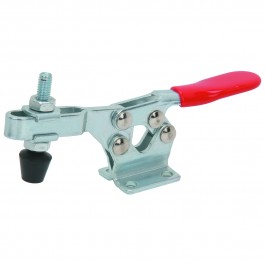 One or two of those will clamp and release very quickly, yet hold a long fence rail very securely for the cut. (Note, this item is all of $5 at HF, so it's not a huge investment. They're available at other retailers, too.)

This has two distinct advantages over the router table sled.

Not the answer you're looking for? Browse other questions tagged woodworking fence carpentry saw or ask your own question.

2
Is there a name for thin (3/8") redwood/cedar boards for basketweave?
1
How to cut a 4x4 fence post lengthwise and at an angle?
3
Horizontal Fence on a slope; what's the best design?
2
How do I join my horizontal slat fence with my neighbor's fence (vertical fence)
2
How to cut 45 angles in quarter round shoe molding with circular saw?
3
Can I use a jigsaw to cut fence rails?
0
cutting glass tiles with a miter saw
2
How do I cut a beveled fence post cap on already installed fence posts?
0
How to notch out fence posts so rails are flush with post?
1
How to attach horizontal wood fence posts at an 15 degree angle to a 4x4 post?