Why are the vinyl floor tiles in my bathroom lifting up?

Recently had to have a leak fixed in the bathroom which involved having the tiles around the bath/shower replaced, as well as a new shower screen installed as the old one had failed.

House was built in 2015 by a well known UK house developer and the bathroom in particular seems to have been done quite poorly! I bought it in 2019 and unfortunately the previous owner had failed to get a lot of the snagging fixed.

Anyway, the bathroom flooring is some sort of vinyl plank and is starting to lift off the floor in the area next to the bathtub. I know that when using the shower (which is mounted over the bathtub) some water can spray off you and get the floor a bit wet around the bath. I always wipe this up after but I'm pretty sure the other members of my household don't and are tired of me nagging them to do it all the time ;) I think the water is getting in the gaps between the planks.

Obviously the best solution is to have the entire floor replaced. Might have to bite the bullet and have this done but I don't currently have the funds to do this after just having a bunch of other work done.

After inspecting the flooring, I'm 99% sure it's simply vinyl planks on wooden floor glued on using some sort of adhesive.

Is there anything I can do to seal these gaps without having to replace the whole floor right now? I thought about using some clear sealant but I have absolutely no knowledge about flooring or flooring adhesives so I'm not sure what to use (or if it's even possible to fix)

Here are some photos

This is what it looks like without touching it 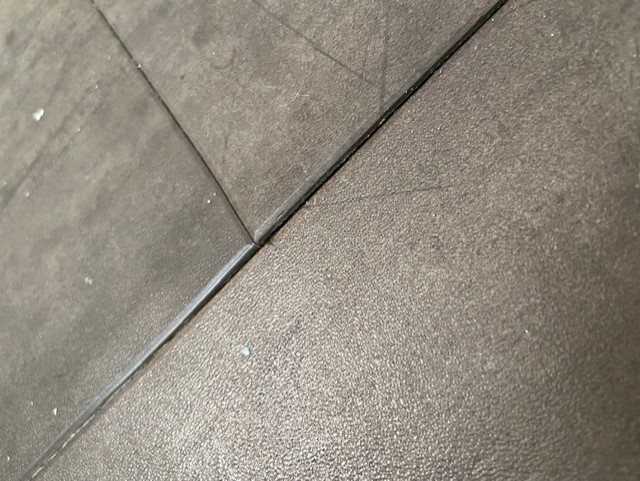 This corner was relatively easy to pull away as I think the glue has been washed away, but there is a lot of resistance under the rest of the plank which is good I guess. 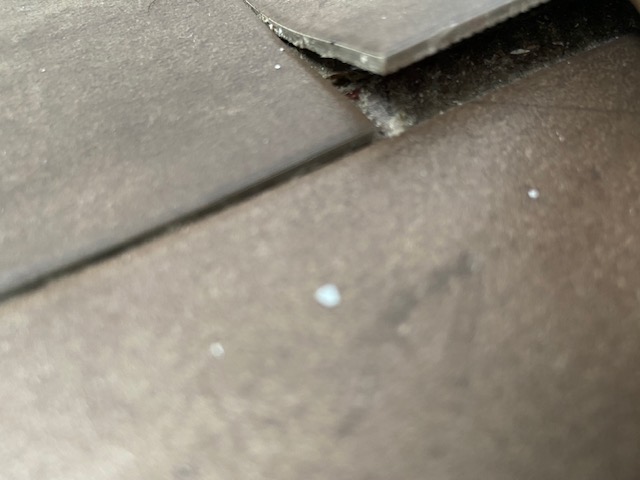 This looks mostly like a subfloor problem. Vinyl tiles won't warp like that with moisture, but wood absolutely will. If your wood subfloor is getting wet, that's a serious problem.

Your best bet here is to pull the floor up and see what's underneath. Something is causing the warping and you need to know what that something is.

If you have wood, there should be a waterproof membrane between the wood and your vinyl. I would also consider upgrading to vinyl plank from vinyl tile. It's a superior product and 100% waterproof.

Not the answer you're looking for? Browse other questions tagged bathroom flooring sealing vinyl-flooring vinyl or ask your own question.

4
How should I prepare a plywood subfloor for floating vinyl plank flooring?
1
Will my new adhesive-backed cork tiles adhere to my existing sheet vinyl?
3
How to make vinyl flooring stable in bathroom?
3
The vinyl plank click flooring I installed in two rooms develops gaps at the ends between the two rooms. Can I glue the ends together in this area?
0
What is the proper waterproof bathroom underlayment for vinyl tile flooring?
2
Replacing bathroom carpet with Vinyl
0
How to prepare floor for vinyl plank installation over old sheet vinyl
1
How to maintain a proper gap while installing vinyl plank flooring under the existing baseboards?