How should I fix sag in joists and floorboards?

I have a very unlevel floor upstairs in an old house (probably > 100 years). As far as I can tell, some of the joists were pushed down by the weight of a brick wall between the landing and a bedroom which was parallel to the joists but between two joists, i.e. the wall was supported only by floorboards which transferred the load to the joists near but not directly under the wall. (I don't know who thought it was a good idea to build that brick wall in the first place, but it must have been there for a long time. I expect the joists have settled where they are now and have no more reason to move.)

That wall has now been knocked down with the intention of replacing it with a stud wall. While the wall is gone, I took the opportunity to measure how unlevel the floorboards actually are; putting a spirit level from one side of the old wall to the other, there is about 25mm (1 inch) of gap between the spirit level and the floorboards at the lowest point, and this lowest point is only 90cm (35 inches) away from the nearest high point.

I've searched for information on how to fix this, and the usual recommendation is to take up the floorboards, and add wooden strips (shims) to the top of the joists to bring them up to level with the rest of the joists. However, the cases I've seen discussed have differences in level more like 8mm (1/3 inch). Will 25mm-thick shims be fine, or is there something else which needs to be done? What should I be considering here?

Photos: sorry for the blur. The exposed studs are left over from the brick wall, they will be removed before any work on the floor begins. 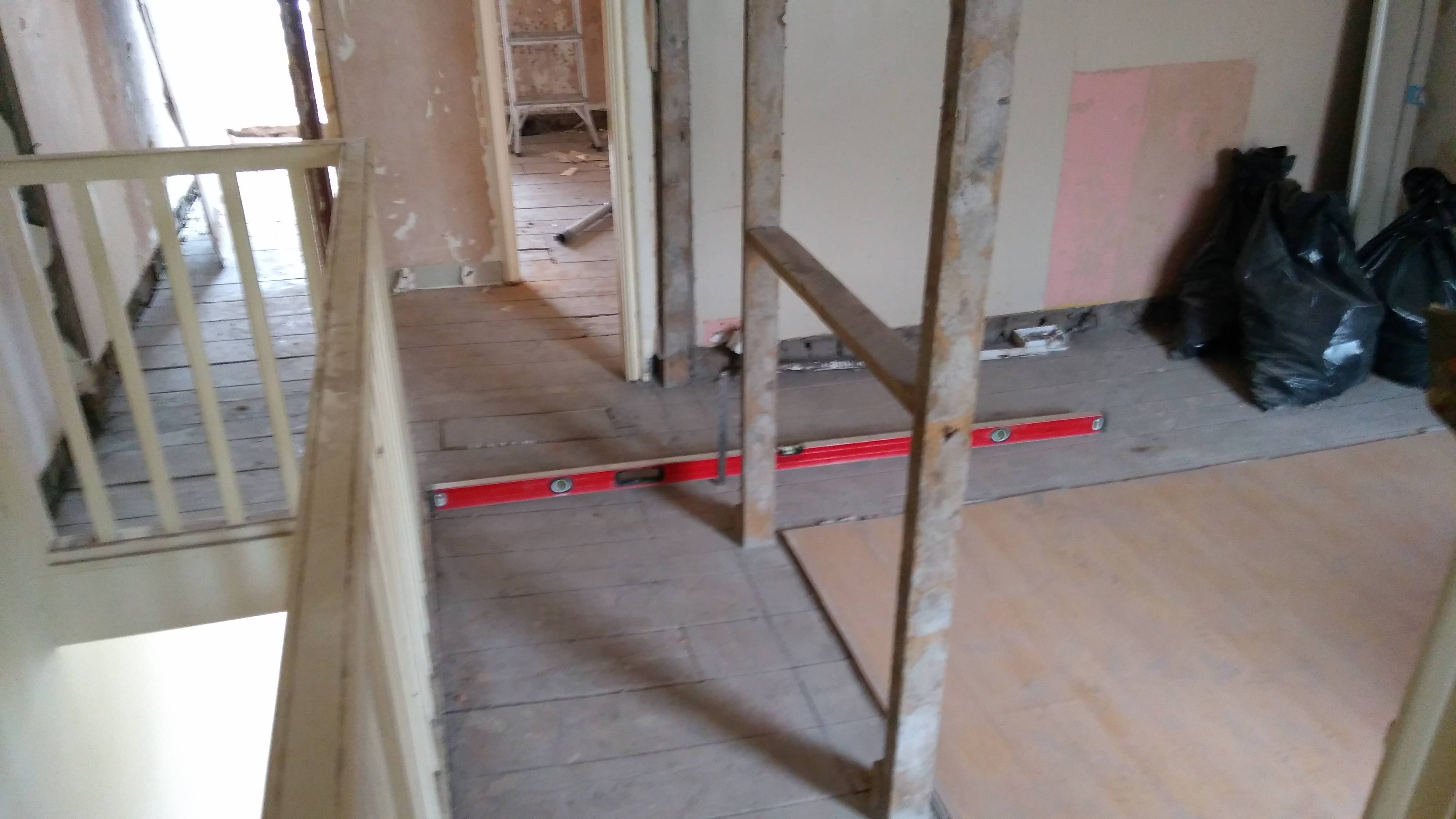 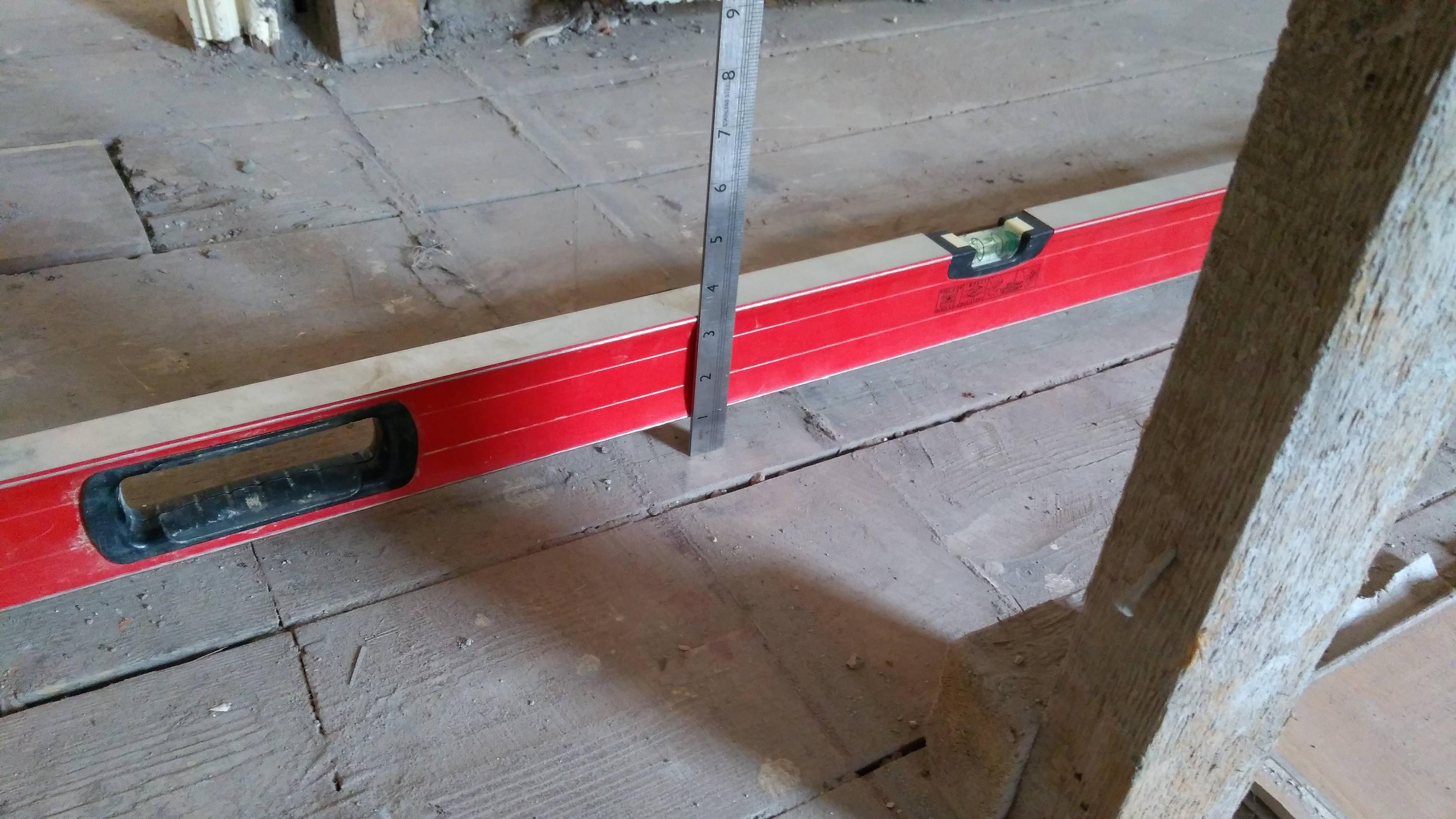 Edit to respond to some comments:

I'll make some assumptions in an initial answer and revise if needed.

It's now fixed! We ended up doing it mostly the same way as suggested in @isherwood's answer, but with some differences. 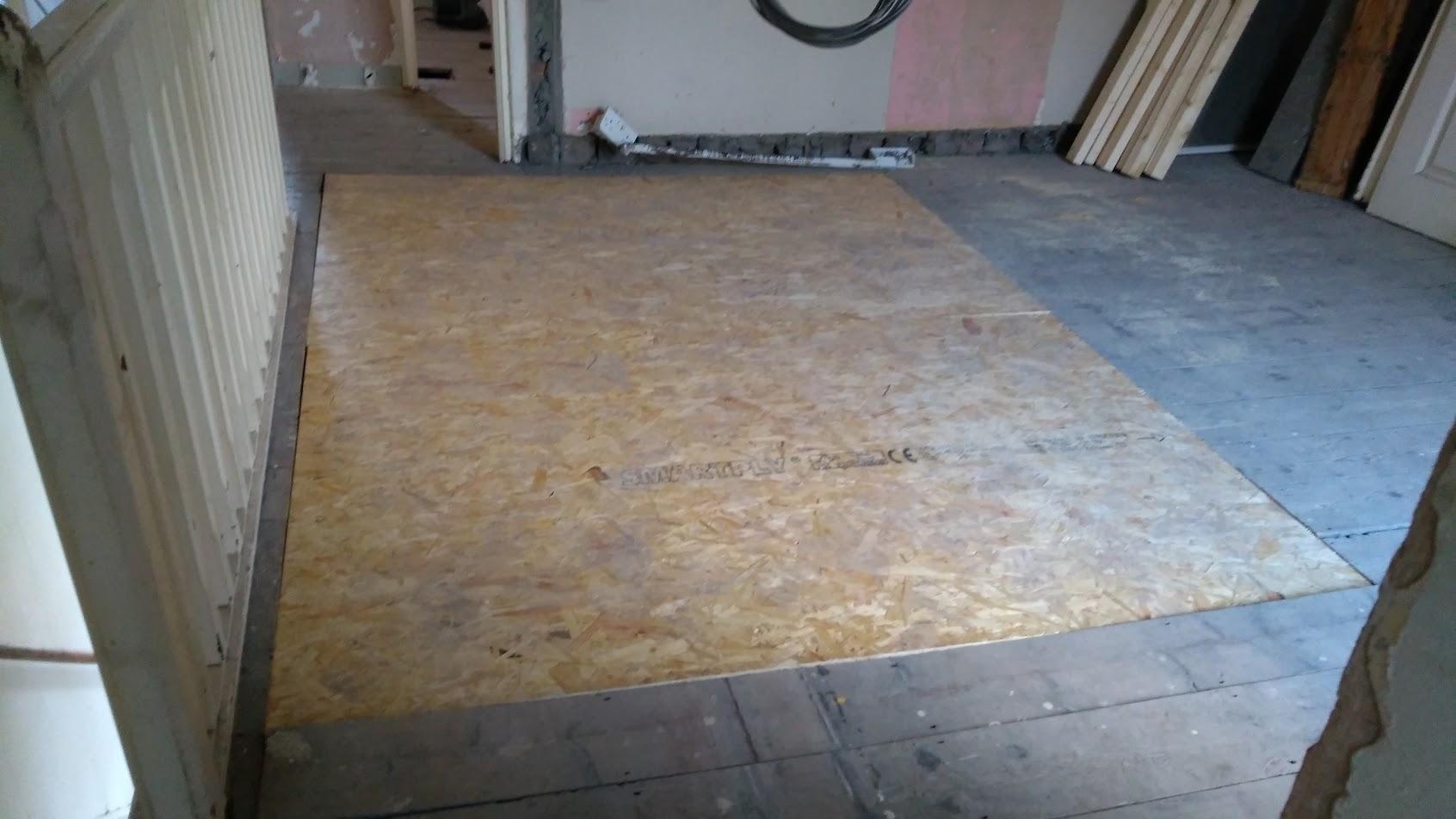 Next step is dancing on my lovely flat floor rebuilding the wall (with studs, not bricks!). Since it's between two joists, we put each sister on the side closer to where the wall will be, to better support it.

Not the answer you're looking for? Browse other questions tagged floor joists leveling shimming or ask your own question.

5
Should I worry about sagging joists?
0
Alternatives to wood joists
3
How should I add new joists and flooring to a loft space?
1
How do I lay joists over a complex-sloped basement floor
1
How can I level the joists and ceiling?
6
How to improve wooden joists without removing them
1
How to level uneven ceiling joists for sheetrock placement
4
Is there a simple way to make these rough sawn, exposed joists level and flat?
2
How to check if joists are on plane?